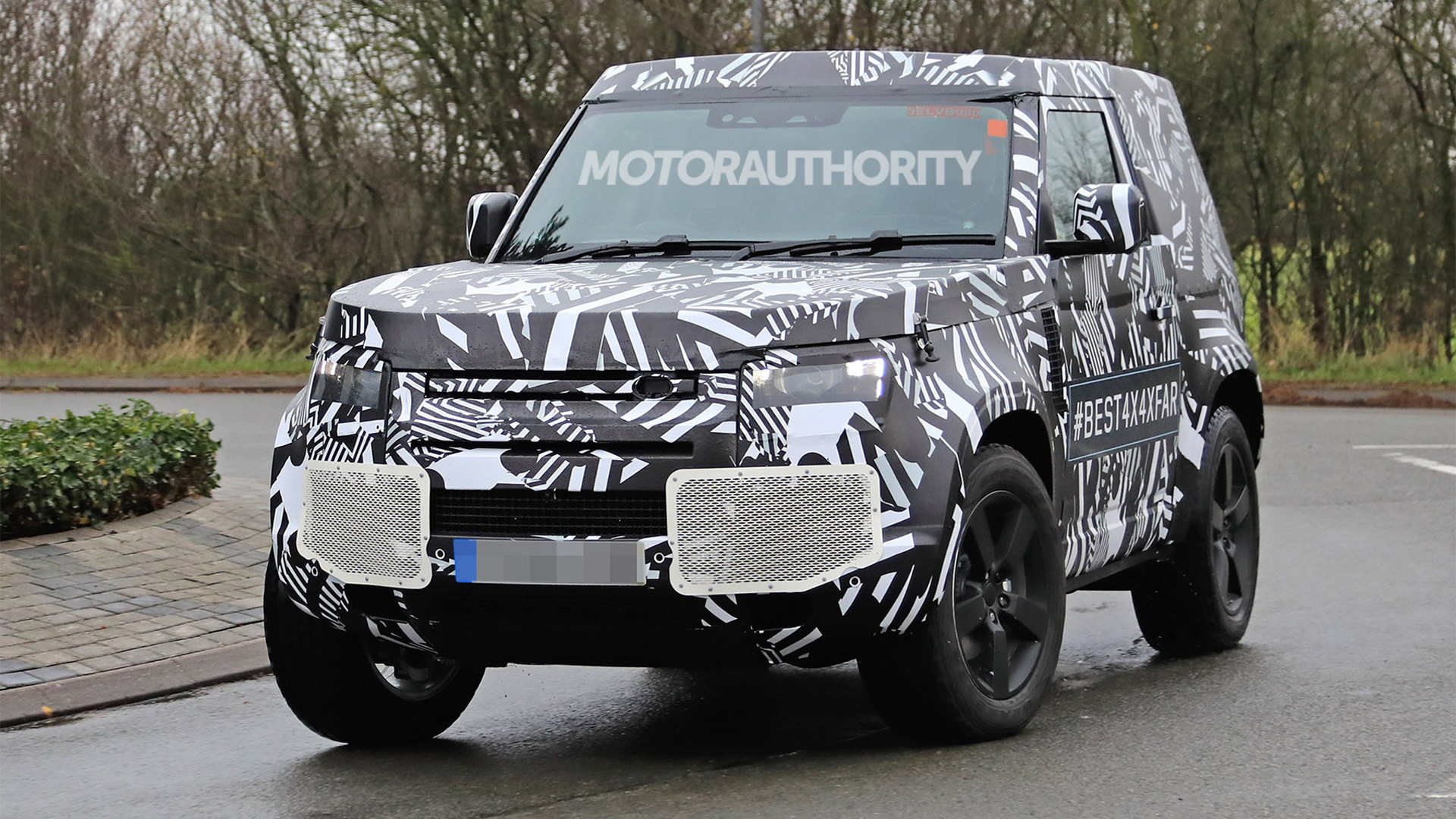 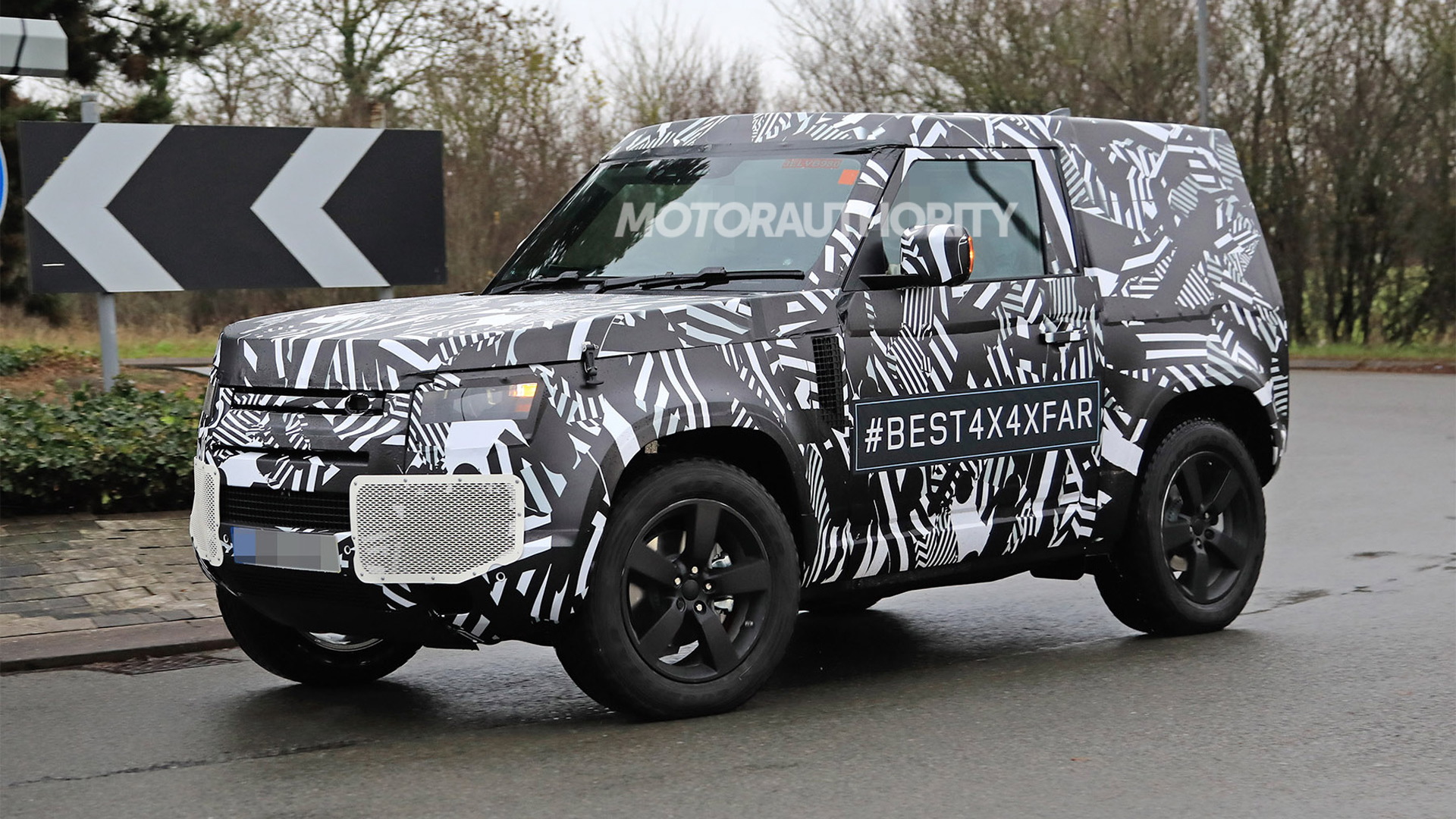 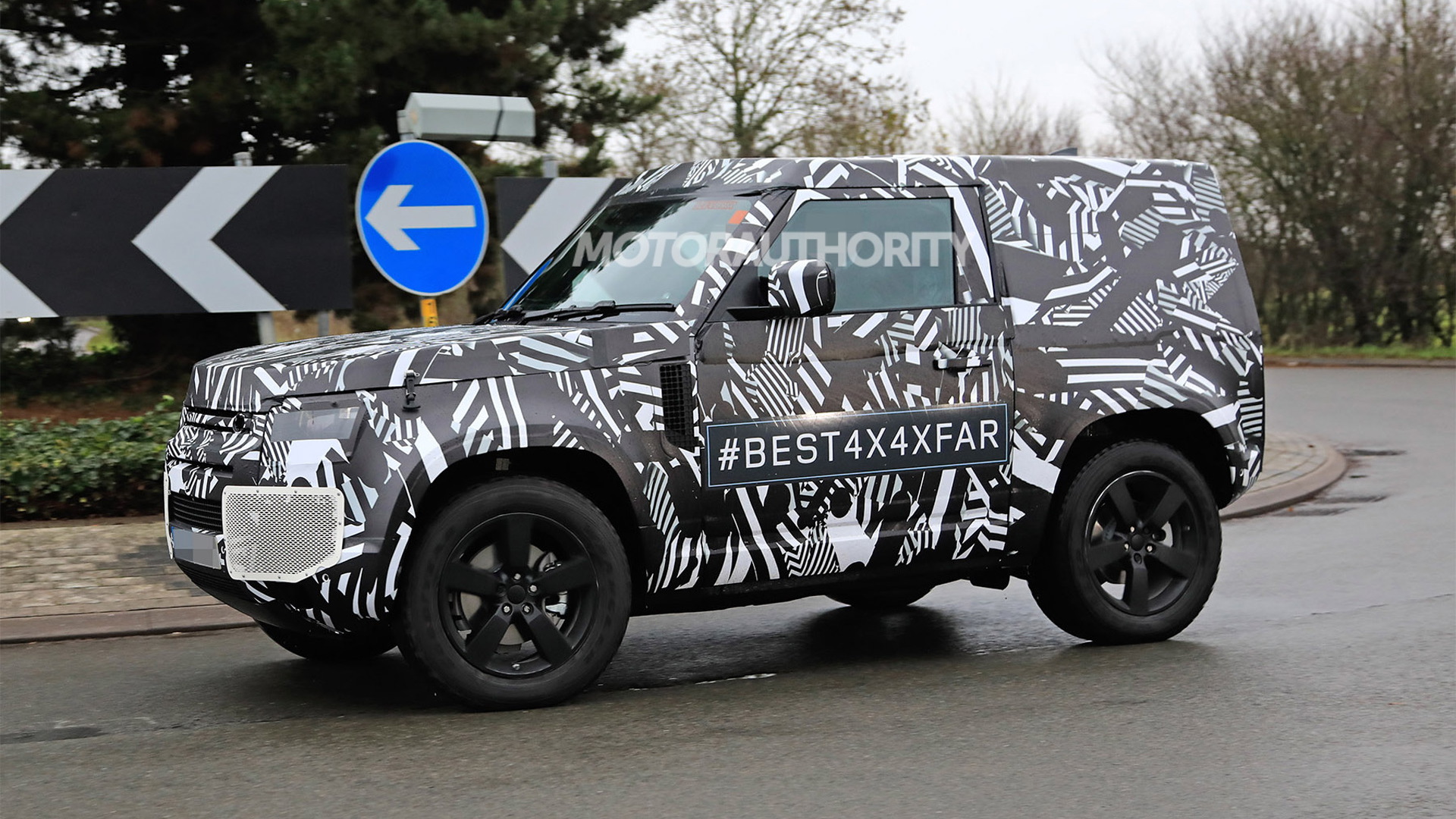 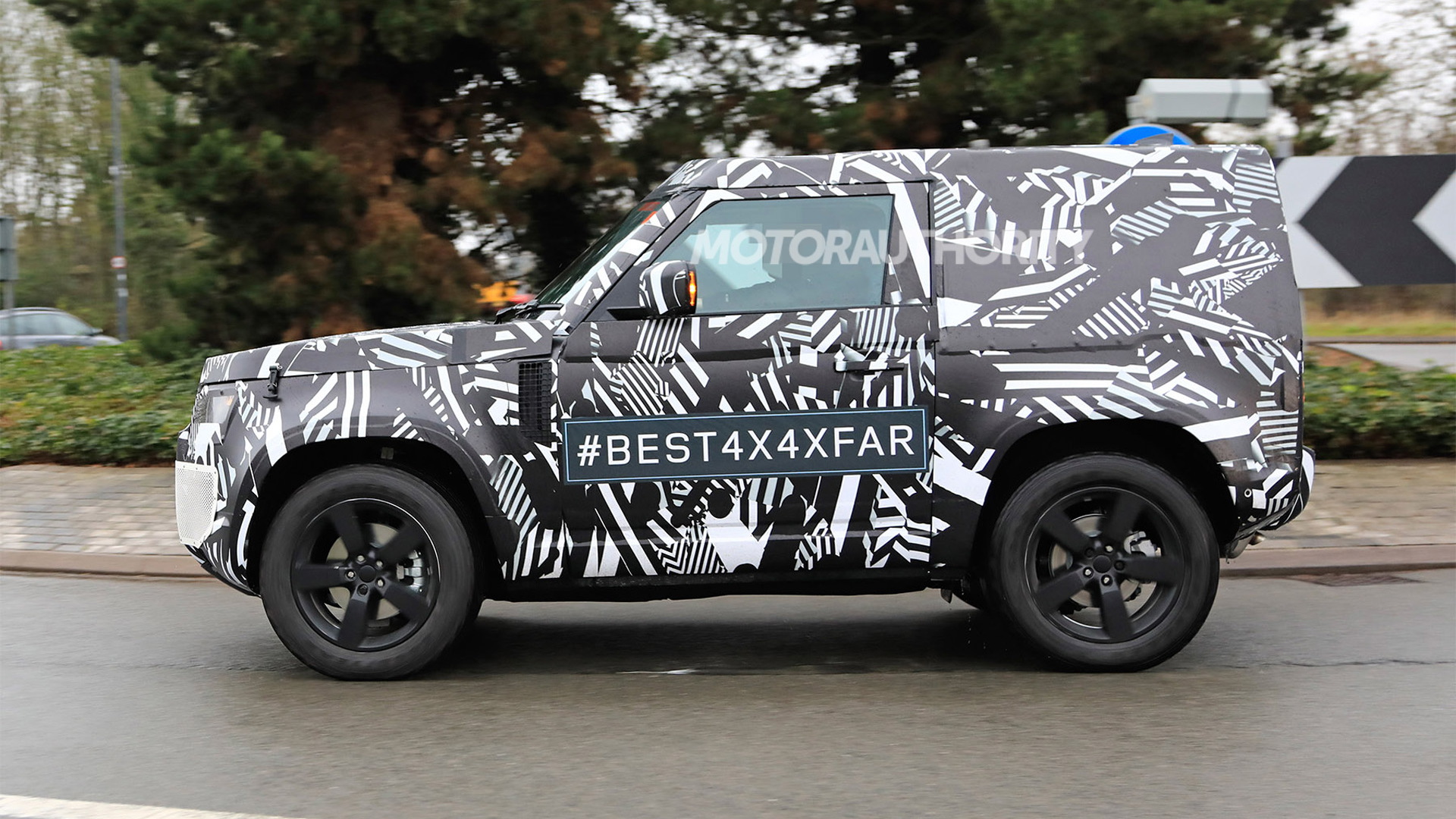 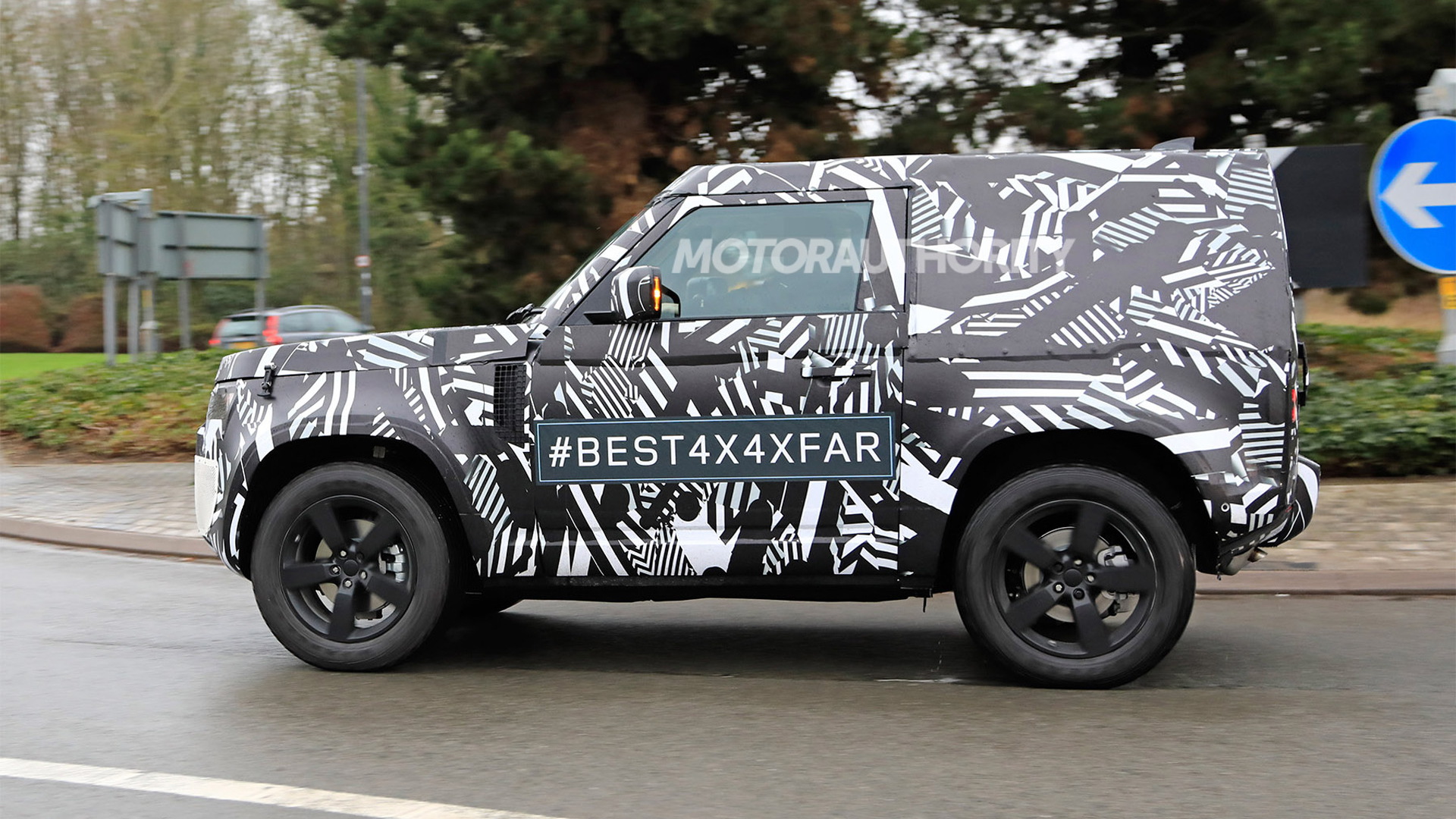 Land Rover is working on a redesign for its iconic Defender, the original version of which bowed out of production in 2016 after a run lasting more than three decades.

The redesigned Defender gets revealed this year ahead of a market launch in early 2020, and once again the nameplate will offer buyers multiple body styles to choose from.

A prototype for a 5-door model has been spotted and there are rumors of a long-wheelbase model with up to eight seats, too. Now, though, we have fresh spy shots of a prototype for a 3-door model. We also have a video showing both the 3-door and 5-door.

The 3-door version of the previous generation was known as a Defender 90, the number representing its wheelbase length in inches, though in reality the wheelbase was closer to 93 inches. The previous 5-door was known as the Defender 110 and featured a 110-inch wheelbase. It's likely Land Rover will stick with the naming convention for the new generation, since the long-wheelbase model is rumored to be called a Defender 130.

The redesigned Defender was originally due in 2015 but frequent design changes led to delays. The changes included a decision to base the SUV on a new platform known as the Modular Longitudinal Architecture (MLA), which will be shared with next-generation versions of the Range Rover, Range Rover Sport and Discovery.

The new platform means independent suspension front and rear, with the new rear suspension in clear view in the spy shots. A low-range transfer case and multiple differential locks should still be present for superior performance when going off-road.

According to leaked info, there will be a 6-strong powertrain lineup consisting of three gasoline engines and three diesels. The most potent powertrains will allegedly be found in P400 and P400e grades. The P400 features a 3.0-liter turbocharged inline-6 while the P400e features a plug-in hybrid setup pairing a 2.0-liter turbocharged inline-4 with an electric motor. In both cases you're looking at more than 400 horsepower and 400 pound-feet of torque. A battery-electric powertrain is also a possibility at some point.

Production of the redesigned Defender won't take place in the U.K. Instead, it will be handled at a plant in Nitra, Slovakia. The plant is a modern facility that only became operational in late 2018 when it started building Land Rover's Discovery.