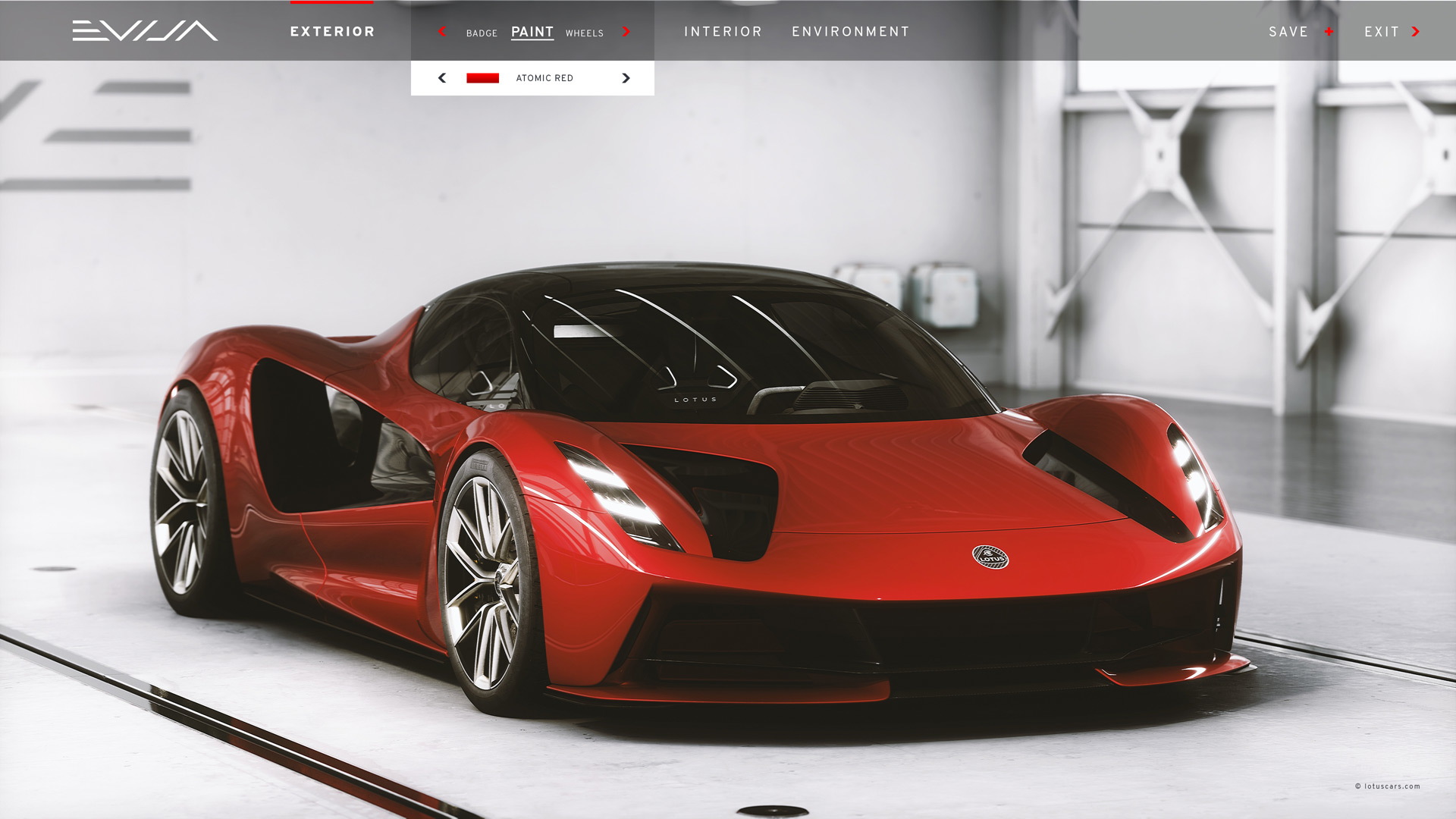 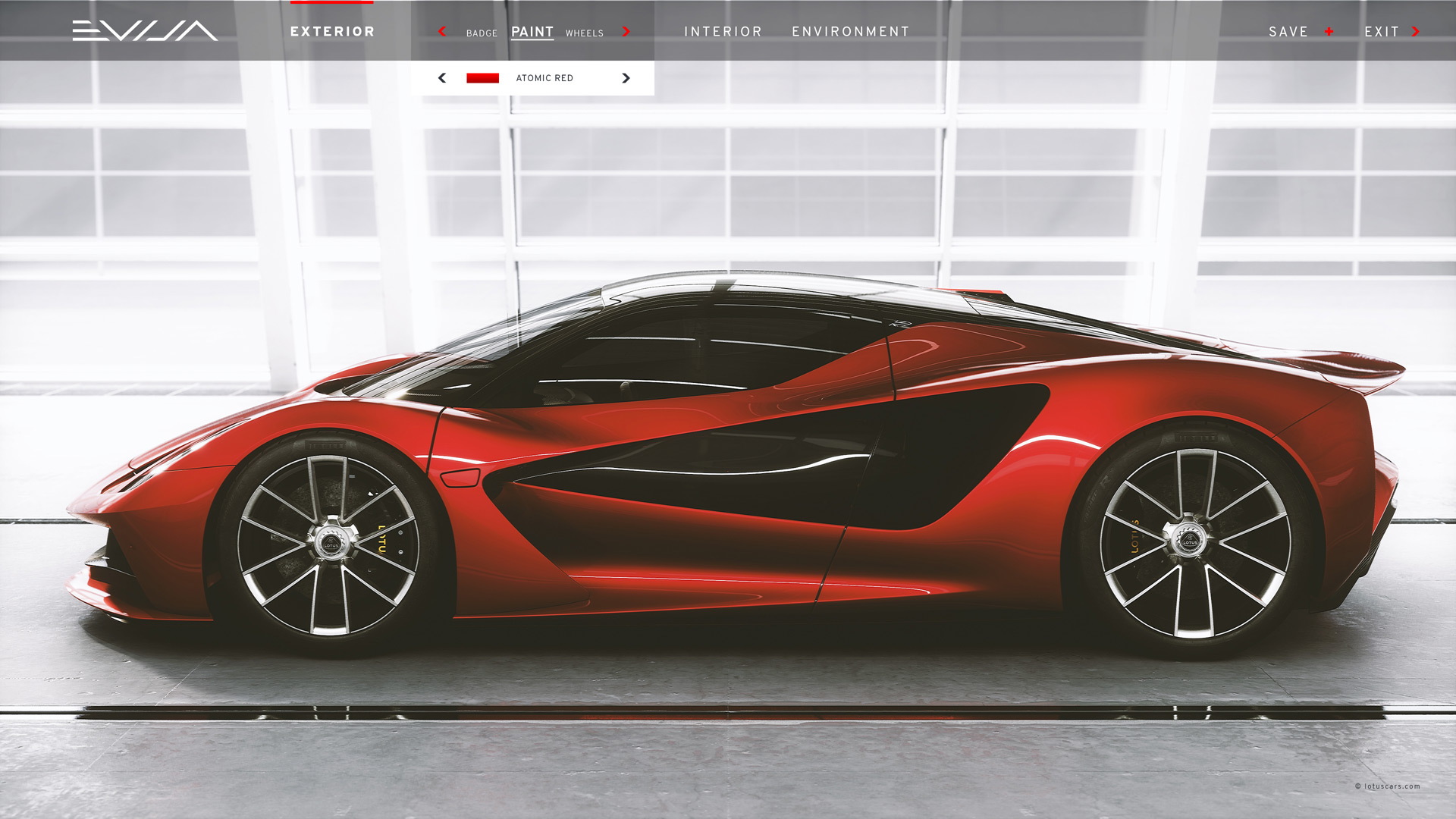 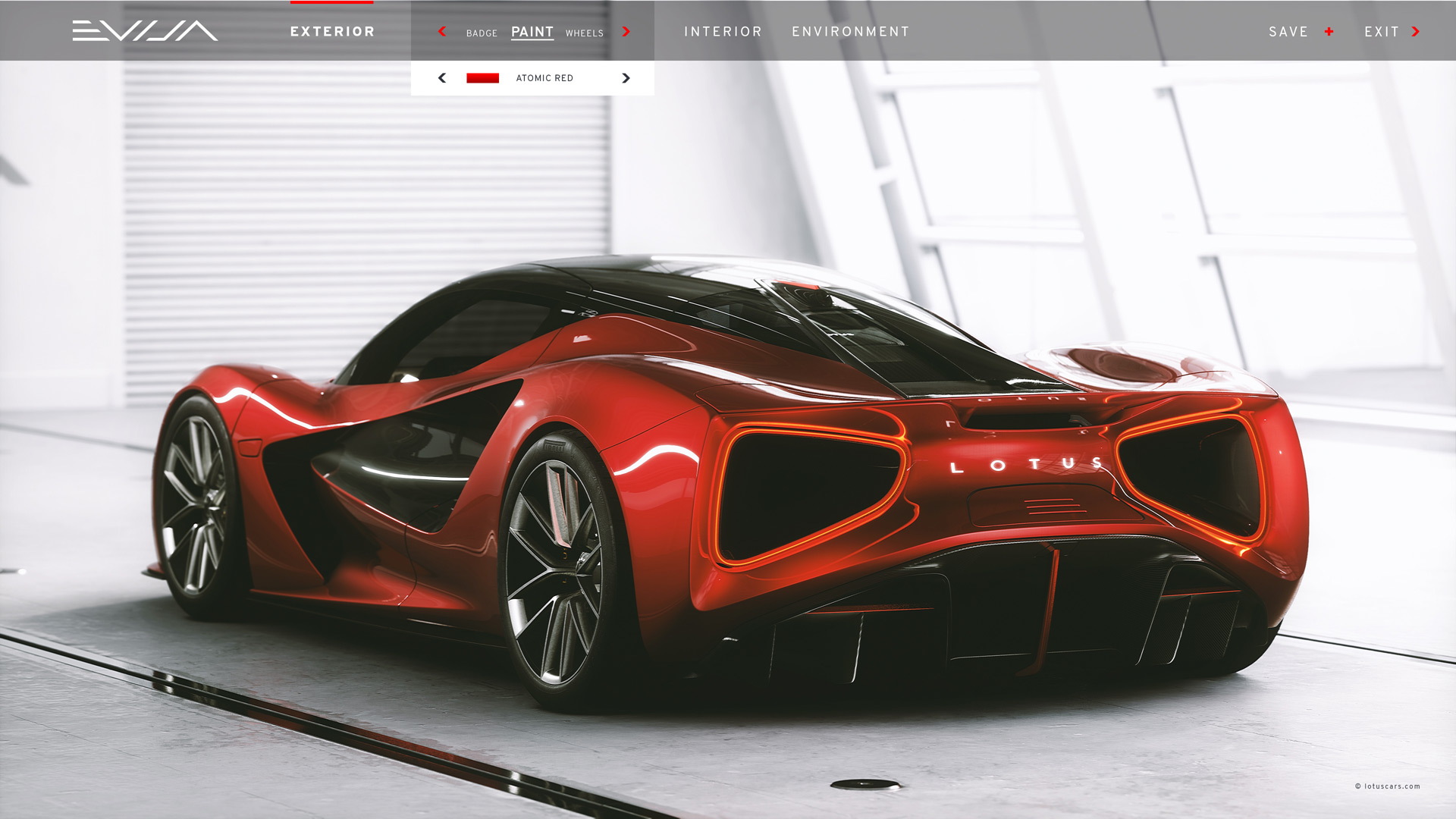 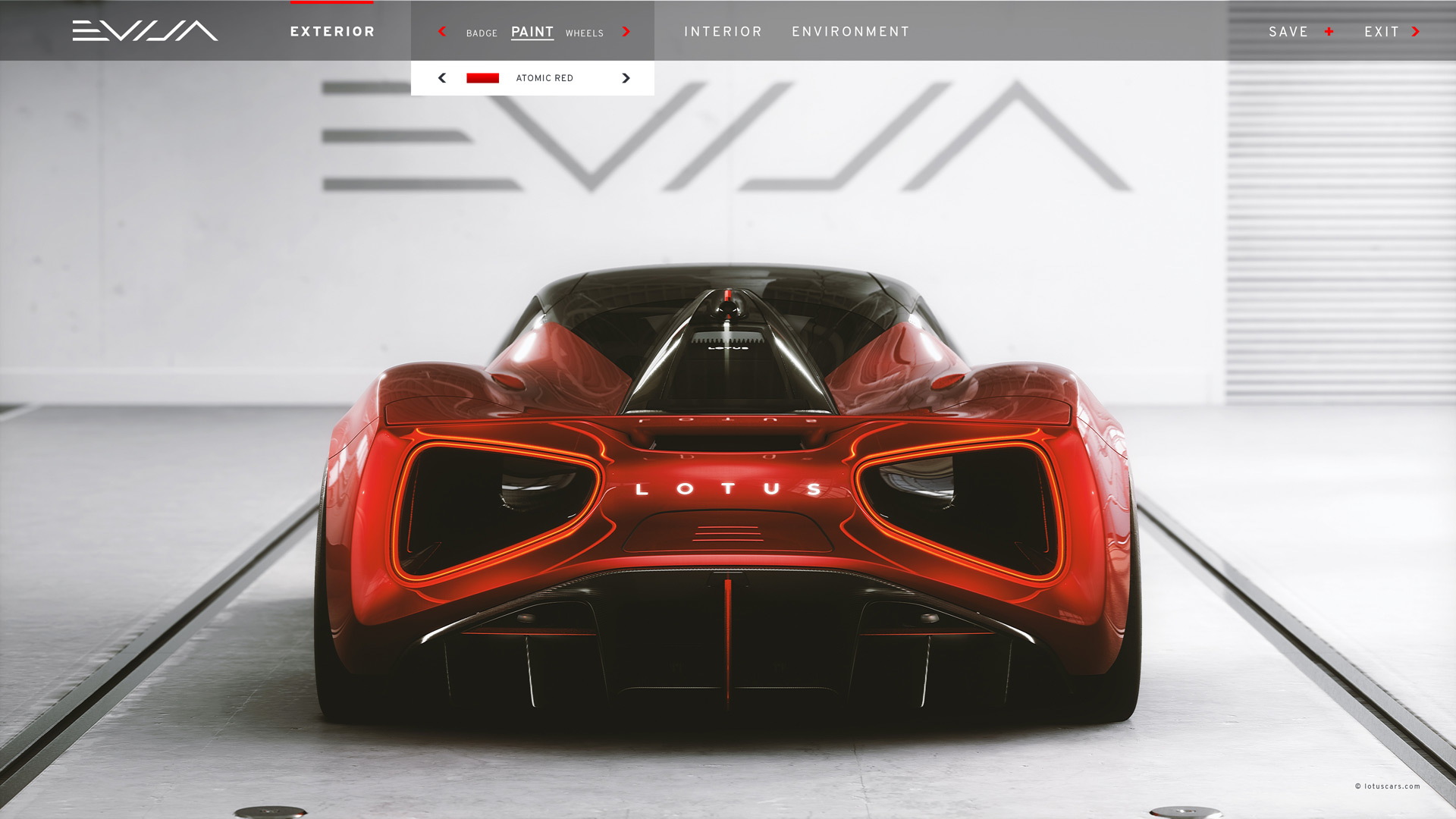 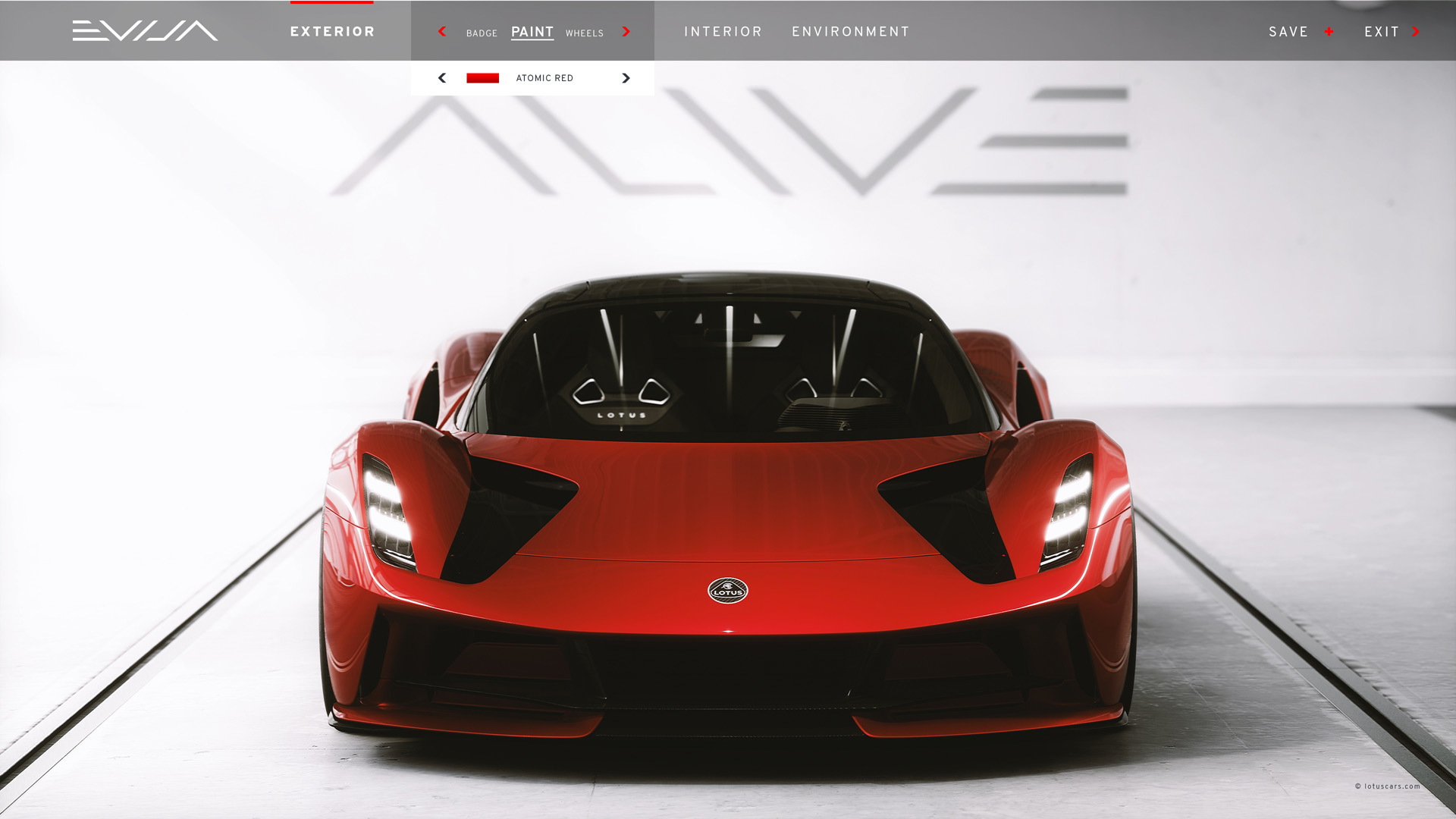 Lotus is almost ready to start deliveries of its Evija electric hypercar. The first pre-production examples have already been assembled at Lotus' headquarters in Hethel, United Kingdom, ahead of the start of production of customer examples this summer.

Lotus will build just 130 examples of the Evija for customers, each of whom is paying 1.7 million British pounds (approximately $2.12 million) for the car before adding options.

Each customer has been invited to use a configurator to arrive at their ideal setup for the electric hypercar, a glimpse of which is provided in the video above.

It shows several of the color options for the car. They are Atomic Red, Solaris Yellow and Carbon Black. The Evija also comes in the silver color that Lotus used for the car's reveal last July.

The configurator features a special imaging technique known as “ray tracing.” This shows what the Eviga will look like in multiple environments, so customers know exactly what the colors will look like with localized sunlight levels.

The Evija is Lotus' first EV, but the company isn't taking things slowly. Four electric motors generate a combined 1,973 horsepower and 1,254 pound-feet of torque. That will get the Evija from 0-60 mph in well under 3.0 seconds, 0-186 mph in under 9.0 seconds, and to a top speed somewhere north of 200 mph.

Lotus is so confident in the Evija's performance that the company may aim for the production car lap record at the Nürburgring. That means beating the 6:44.97 set by Lamborghini with its Aventador SVJ in 2018.

Don't expect range to last long at track speeds. The battery is a 70-kilowatt-hour unit that, with street-legal speeds, will afford 225 miles of range on the EPA testing cycle, according to Lotus. The company also claims an 80-percent charge can be done in 12 minutes from a 350-kilowatt DC fast-charging station.