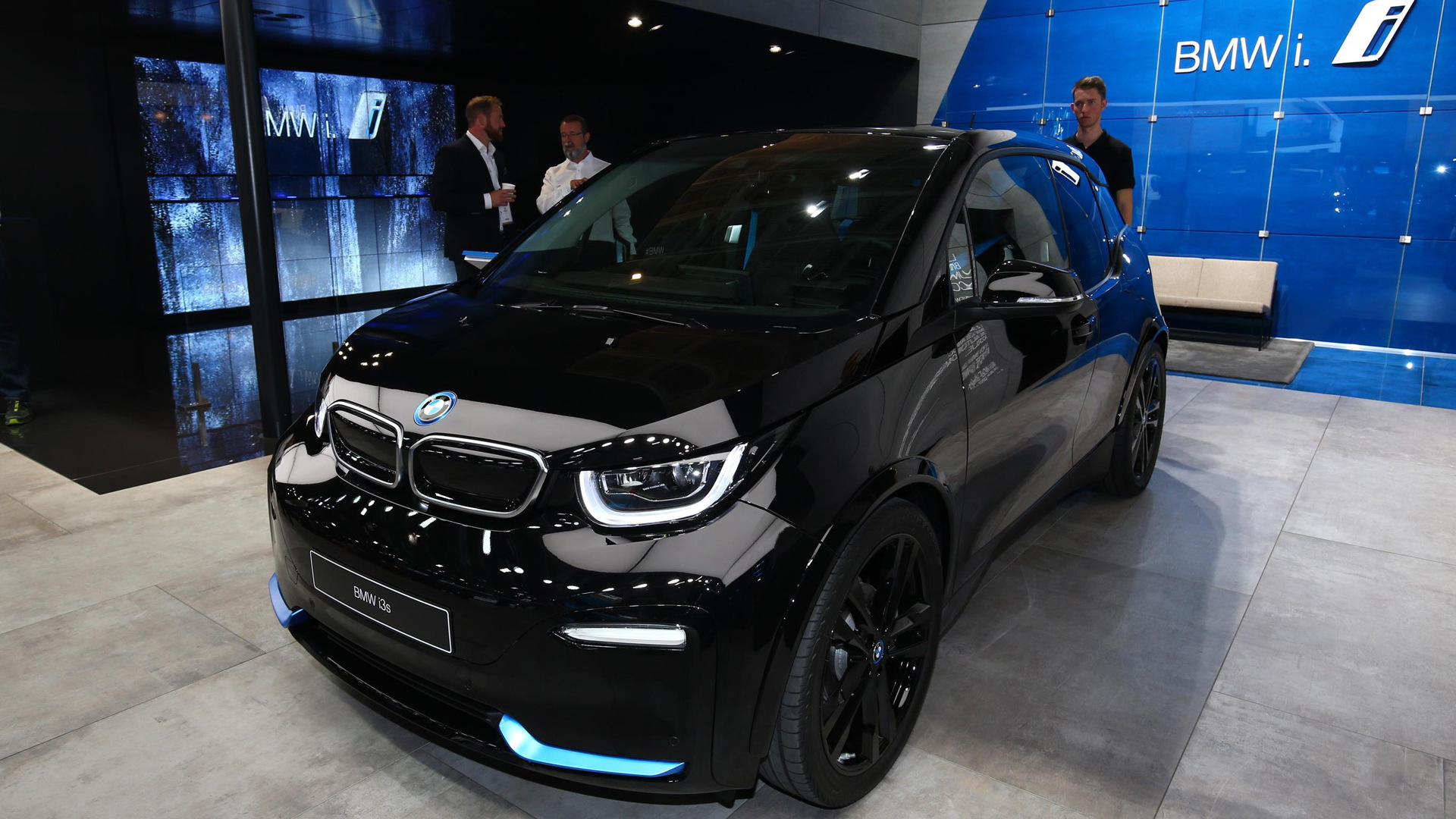 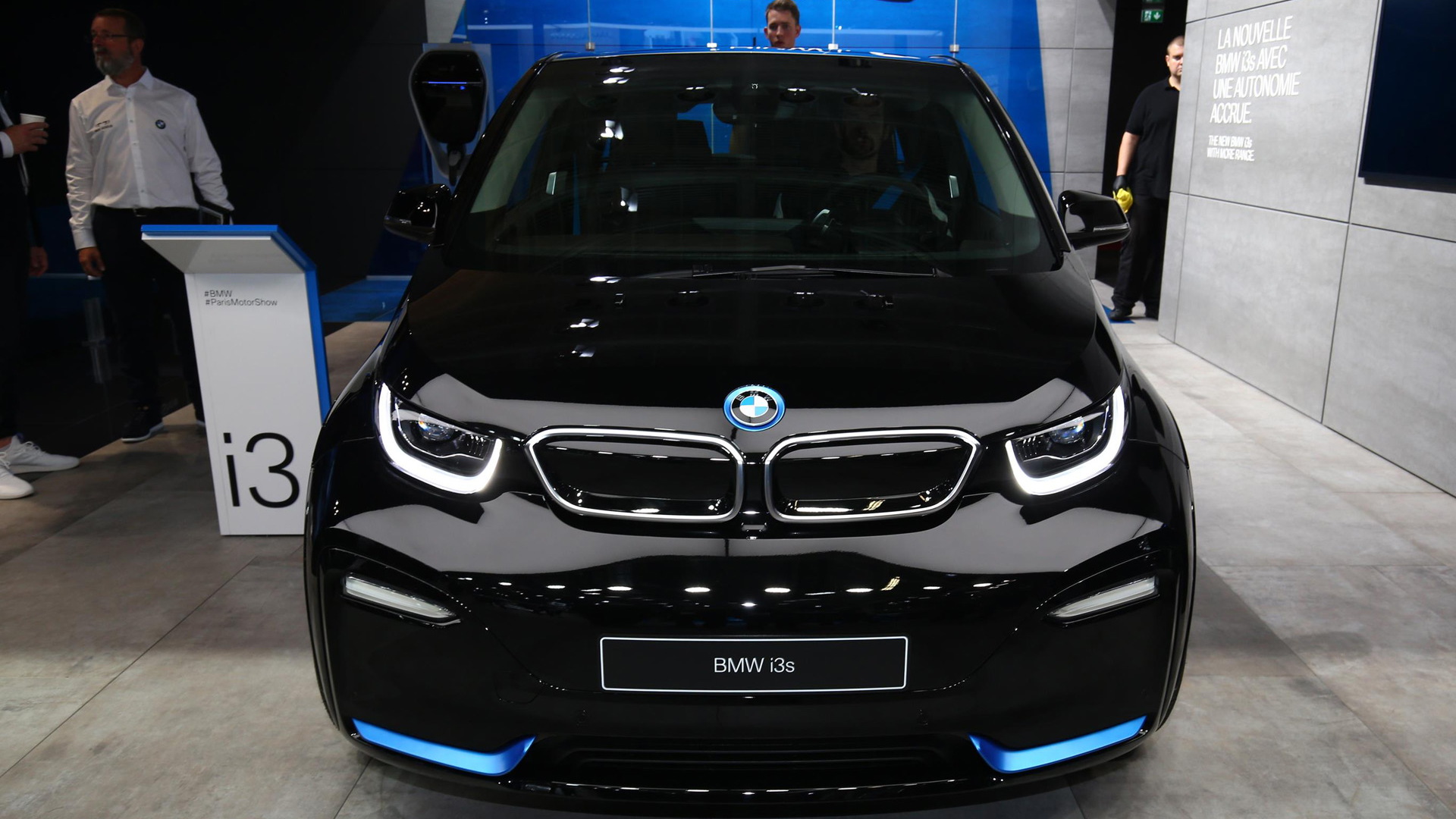 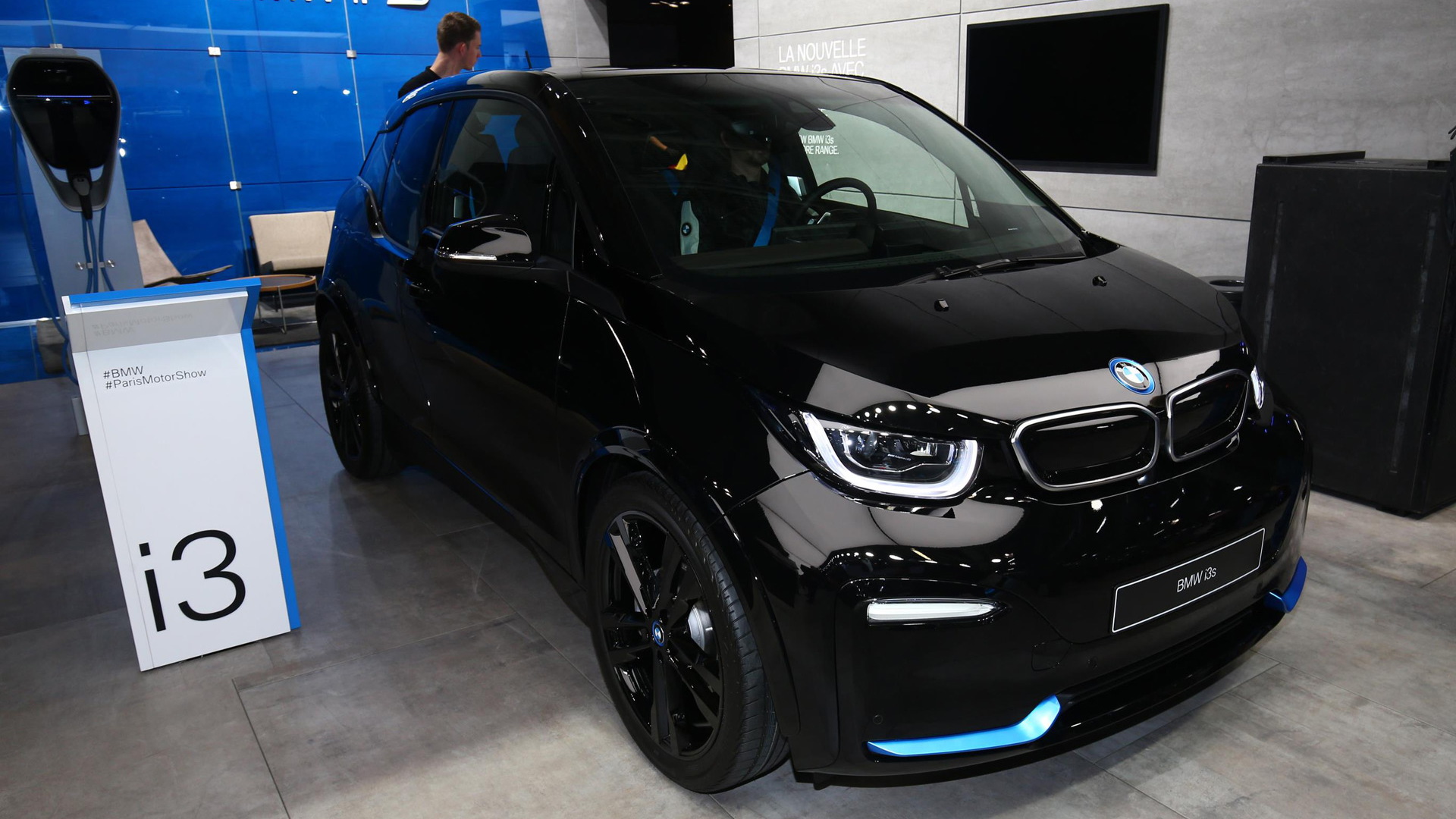 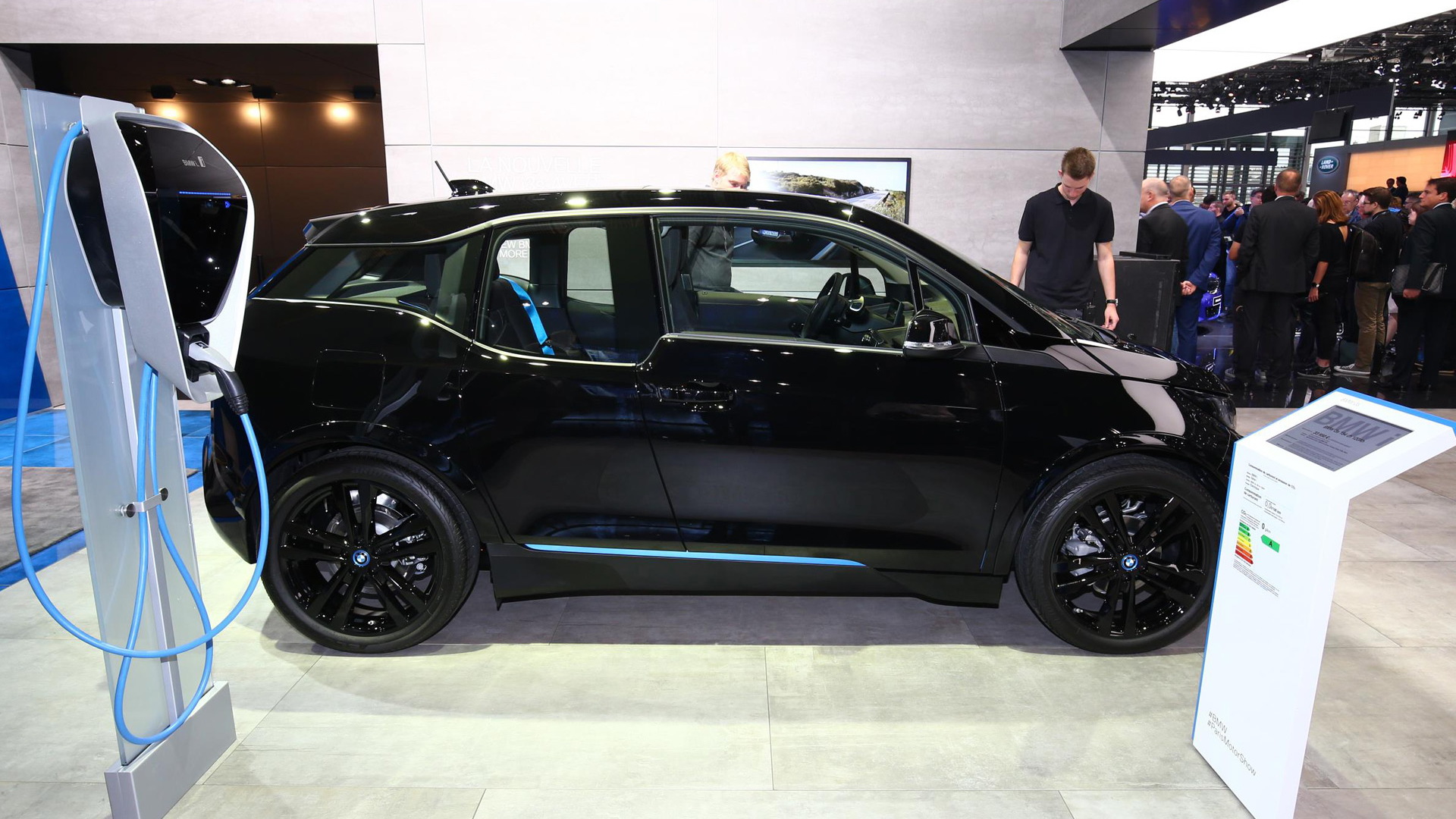 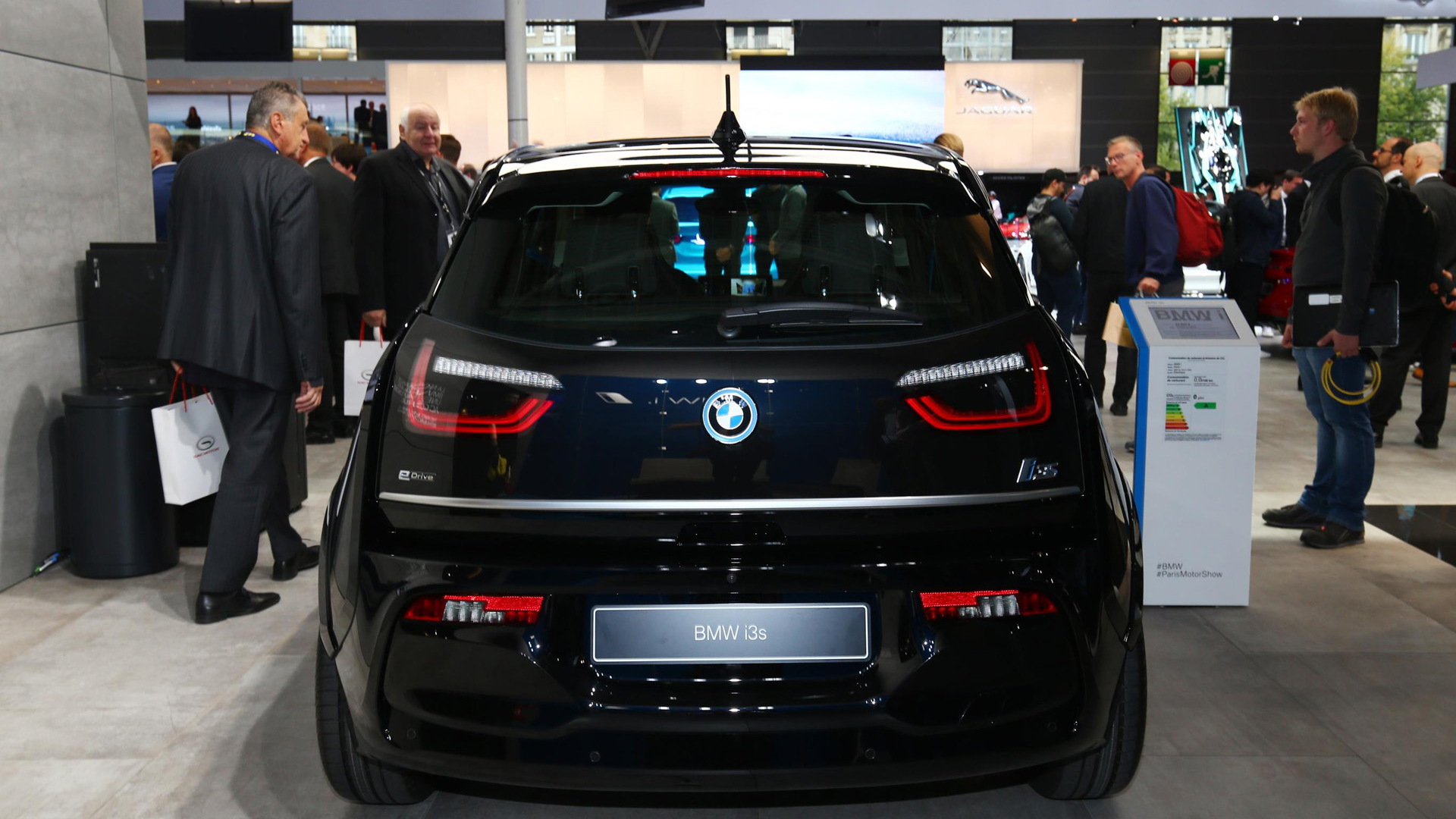 The 2019 BMW i3 starting production in November will benefit from a bigger battery capable of an estimated 153 miles of range, BMW confirmed Tuesday at the 2018 Paris auto show.

It will be the second time the automaker has upgraded the i3's battery since the electric car's 2014 launch. The last time was in 2017 when a 33 kilowatt-hour battery was added that delivered roughly 115 miles of range.

The 2019 i3's battery will feature a 42.2-kwh capacity. The bigger battery will be standard across the range meaning the i3 REX range-extended model should see a similar boost in range. EPA-rated figures will be announced closer to the market launch.

BMW said it was able to make the gains by working closely with the manufacturer of the individual cells that goes into the battery. The dimensions remain the same: each battery consists of eight modules, each with twelve storage cells. However, the latest cells have a capacity of 120 amp hours, compared to 94 in the previous battery and just 60 in the original design.

The powertrain is unchanged meaning an electric motor at the rear rated at 170 horsepower in standard guise and 181 hp in sportier i3s guise. This results in 0-60 mph acceleration in 7.2 seconds for the standard model and 6.8 seconds for the i3s. REX models are about a second off the pace due to the extra weight of their internal combustion range extenders.

The 2019 BMW i3 also sees a new exterior color (Jucaro Beige Metallic with Frozen Gray accents), a new upholstery option and full LED headlights with cornering lights and automatic high beams added to the options list. Additionally, a Wi-Fi hotspot and wireless charging tray for mobile devices is available for the first time. The Wi-Fi hotspot accommodates up to 10 devices and comes free with a 3-month or 3-GB trial offer.

Pricing and availability will be announced closer to the market launch.