The heyday of the Detroit muscle car era certainly was fun while it lasted. But with high insurance premiums, government safety and emission regulations, and the first of the petroleum shortages cut the party short.

Instead of muscle cars, we were left with the likes of Chevrolet Corvettes with only 165 horsepower, feeble Fords (think Mustang II) and Chrysler K cars.

While Buick hadn’t been a major player in the heyday of Detroit muscle cars, but a few years later, it would lead something of a muscular renaissance, albeit one based on six, not eight, cylinders. 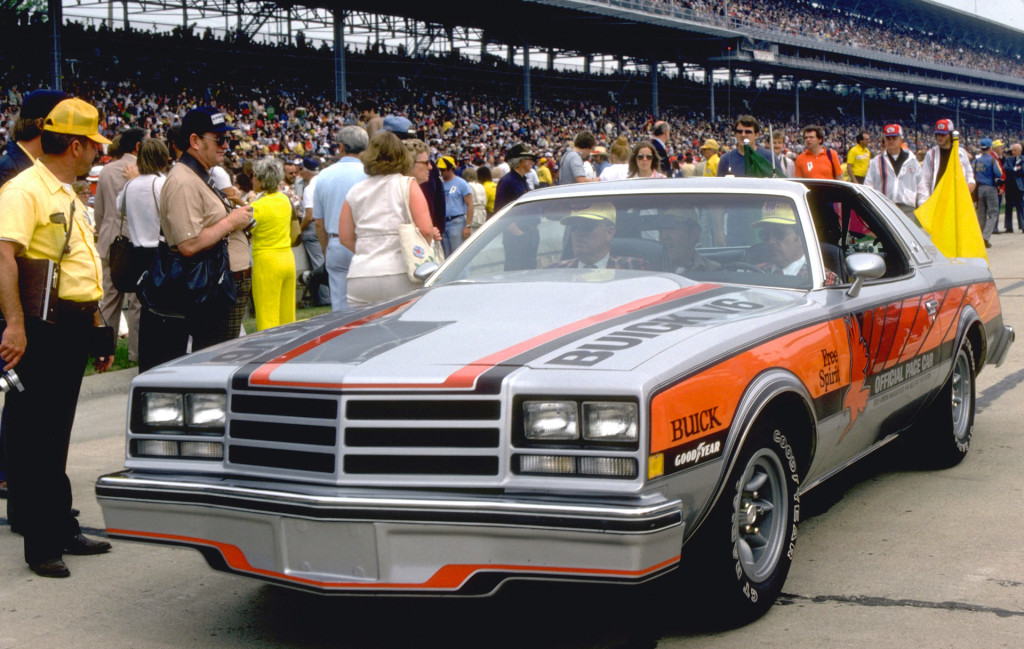 1976 Century modified to pace the Indianapolis 500

The 1975 model year also was when Buick became the first Detroit automaker to put a now-ubiquitous V6 into its passenger-car fleet. The 231cid engine was lighter than the previous inline-6 or the larger V8, and was rated at 105 horsepower with a substantial 185 pound-feet of torque.

By 1978, Buick would introduce a turbocharged V6 engine into its passenger-car fleet, providing as much as 165 horsepower to its Regal and LeSabre coupes.

After normally aspirated and V8-powered Regals won the NASCAR stock car championship in 1981 and 1982, Buick was eager to capitalize on the success, so a very limited run of special turbocharged Regals was dubbed the Grand National, taking the name of NASCAR’s top series.

The Grand National returned — and in a big way — for the 1984 model year. The cars were painted all black, and their engines provided 200 horsepower and 300 pound-feet of torque. But the big news was still to come. By the car’s final year of production in 1987, it had emerged as the GNX, the X short for Experimental. Produced in conjunction with McLaren Performance Technologies and ASC, the GNX could provide as much 300 horsepower and 420 pound-feet of torque.

Not only was this a new sort of Detroit muscle car, benefiting in part from the "Star Wars "movie and a Car and Driver headline, “Lord Vader, your car is ready,” but Buick Grand Nationals and GNXs have become favorites with car collectors. 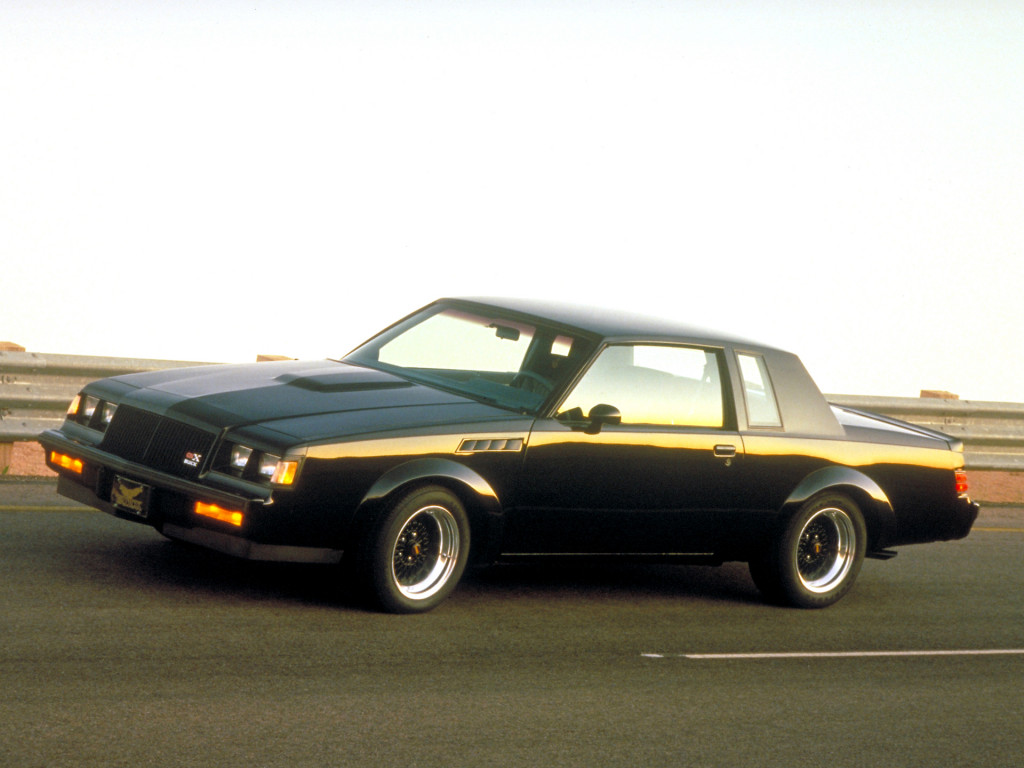 Buick also would do turbocharged V6 engines for Indy car racers, setting speed records and even winning the pole position for the 500-mile race at Indianapolis.

Chevrolet had its own a flirtation with muscle cars in this era, offering a new and full-size Impala SS for 1994, 1995 and 1996, although the 500cid V8 used in the concept-car version was replaced in production guise by a small-block V8.

Interestingly enough, other than the Buick Grand National, the most muscle car-like vehicles of this era were trucks.

For 1991 (and with a handful for 1992, and primarily for export sales), GMC produced a high-performance version of its compact Sonoma pickup truck. Dubbed the GMC Syclone, the truck had all-wheel drive, 4-wheel anti-lock brakes and a turbocharged 280-horsepower V6 engine with 350 pound-feet of torque, and could compete favorably with Chevrolet Corvette in standing-start acceleration. 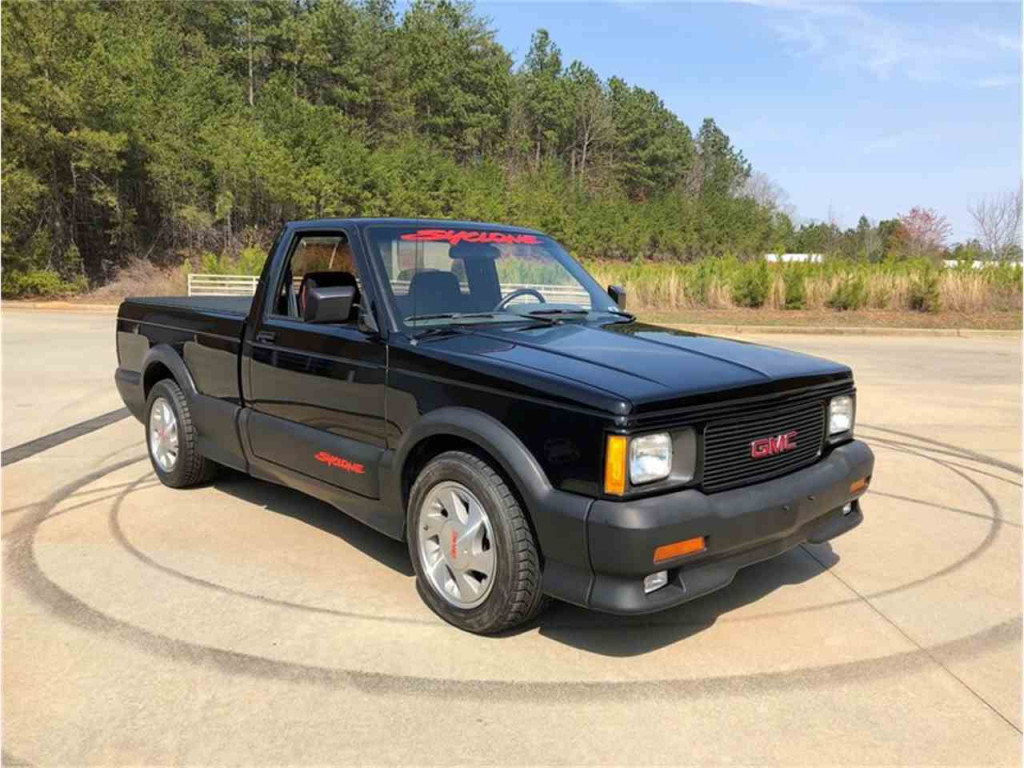 For 1992 and 1993, GMC put that engine into its compact sport utility vehicle, the Jimmy, to transform it into the Typhoon.

Again, however, it was only fun while it lasted, and another era of Detroit muscle ended so quickly that many people likely didn’t even notice.

This article was originally published on ClassicCars.com, an editorial partner of Motor Authority.