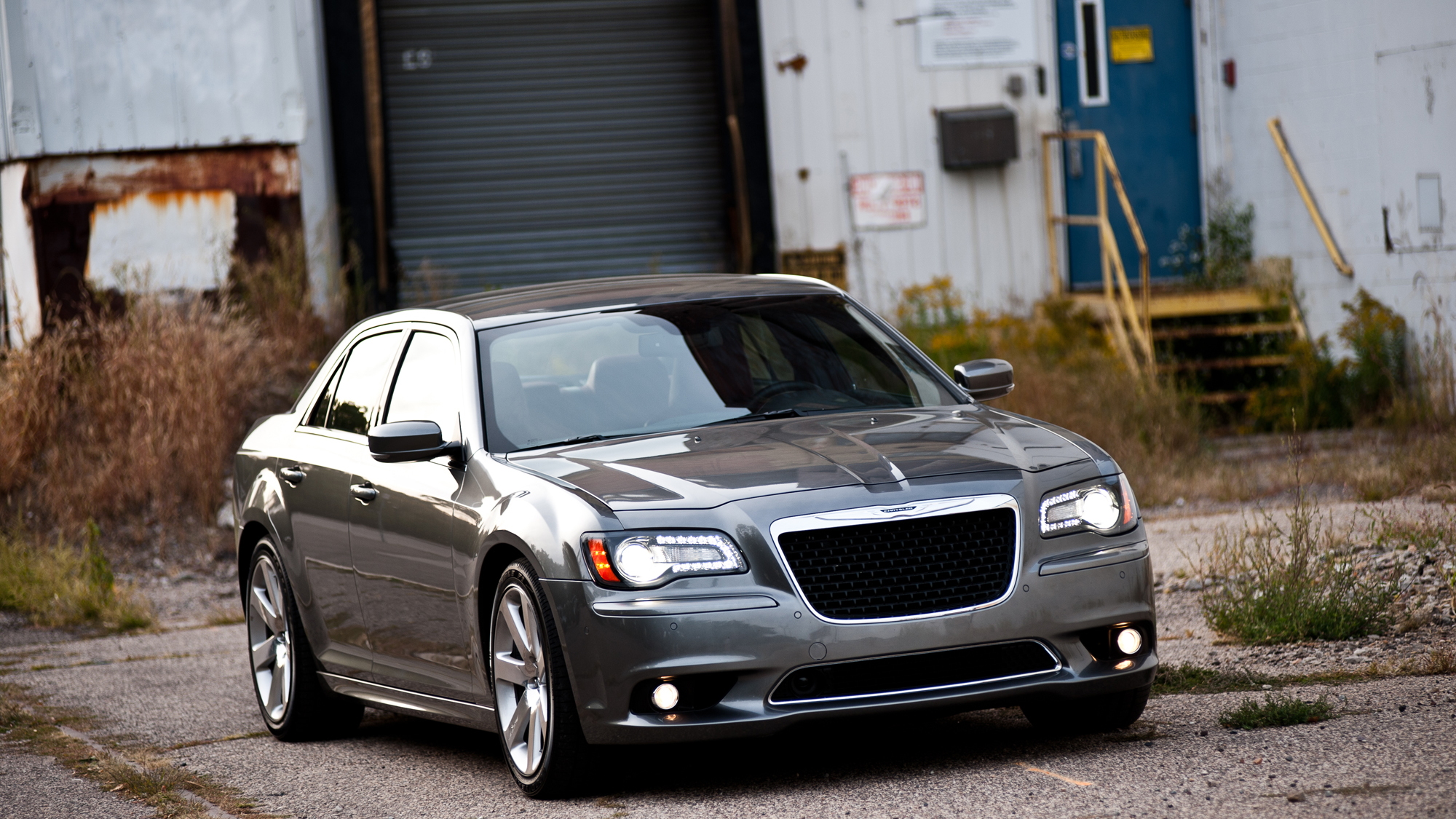 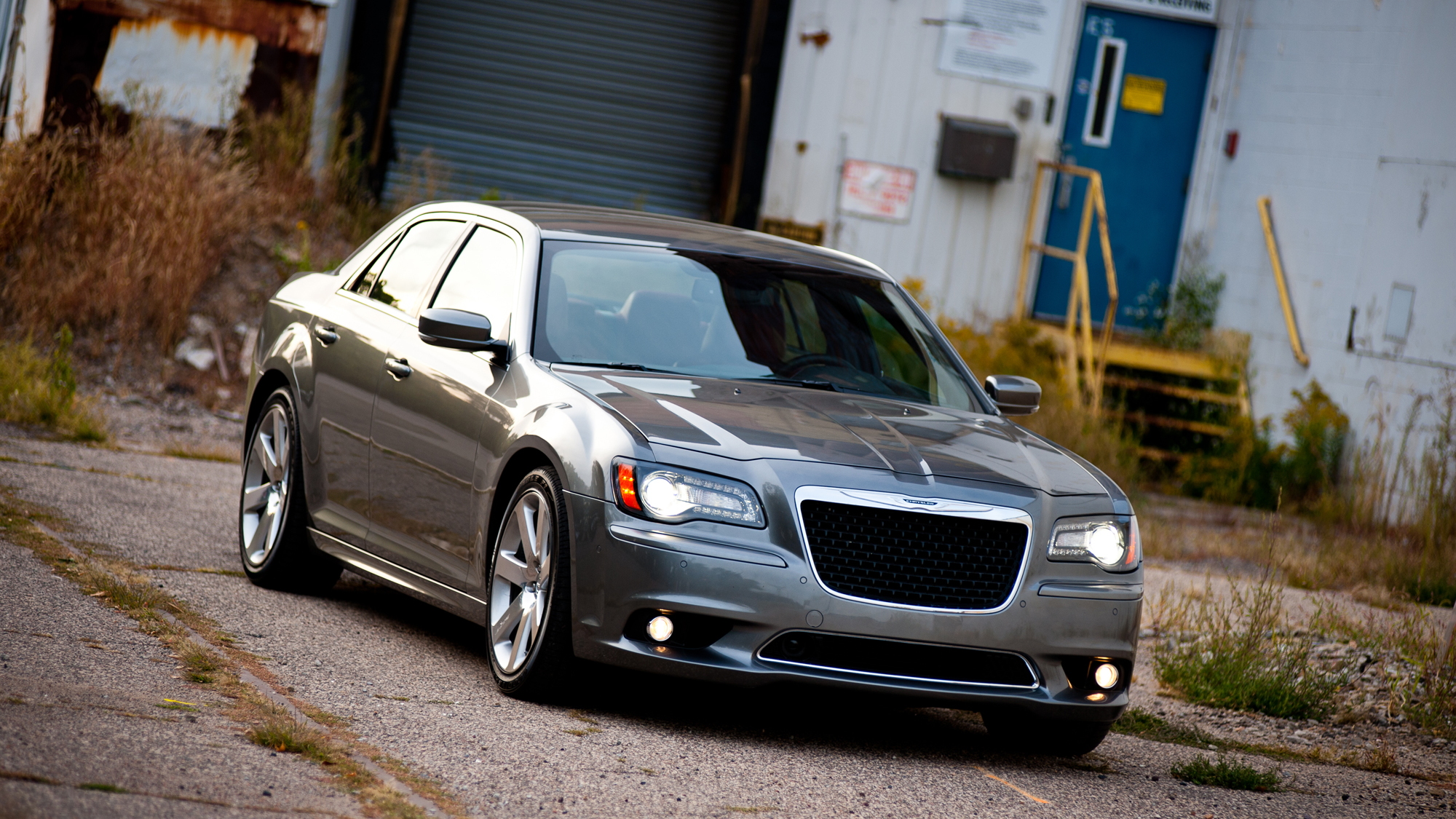 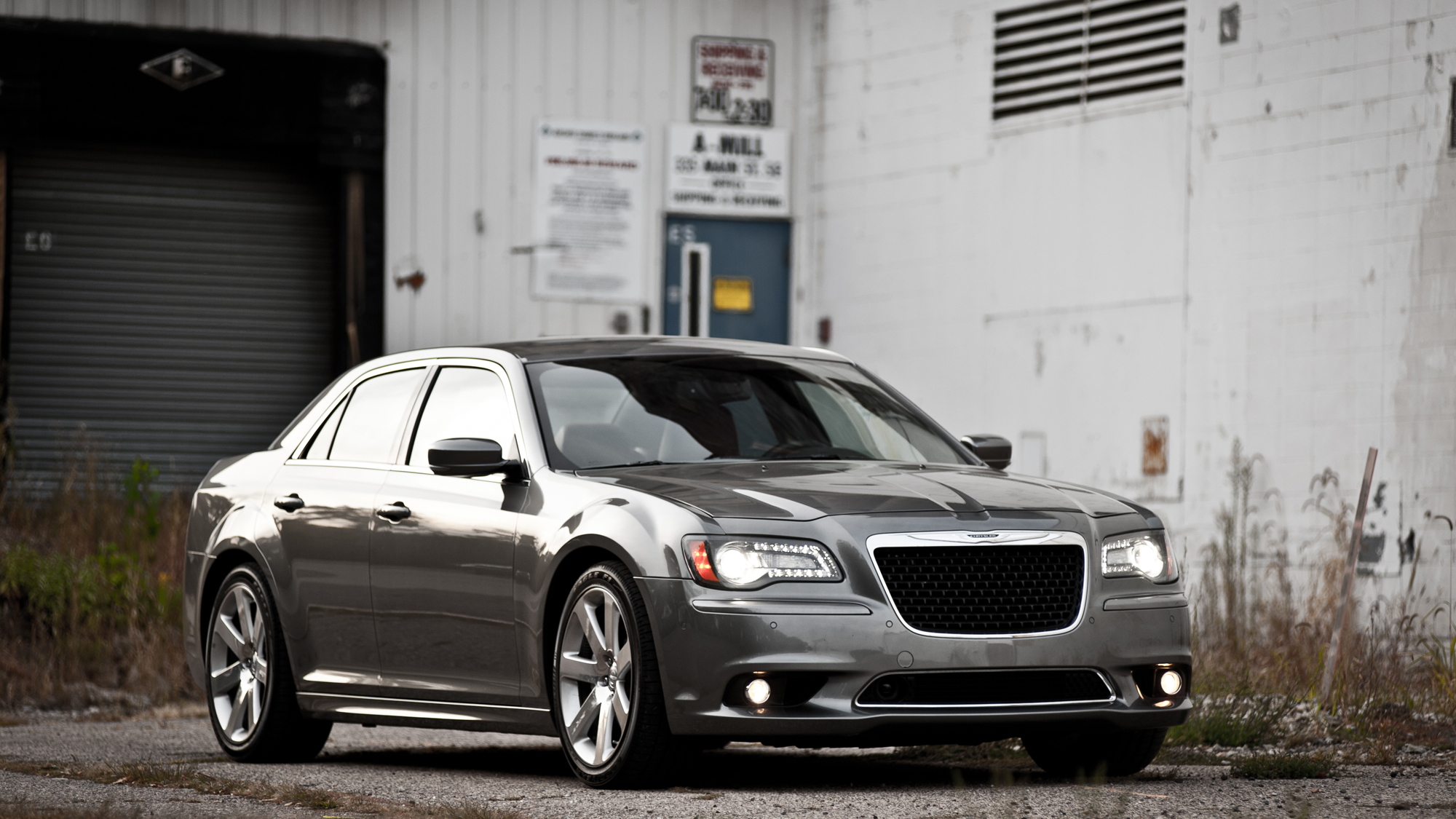 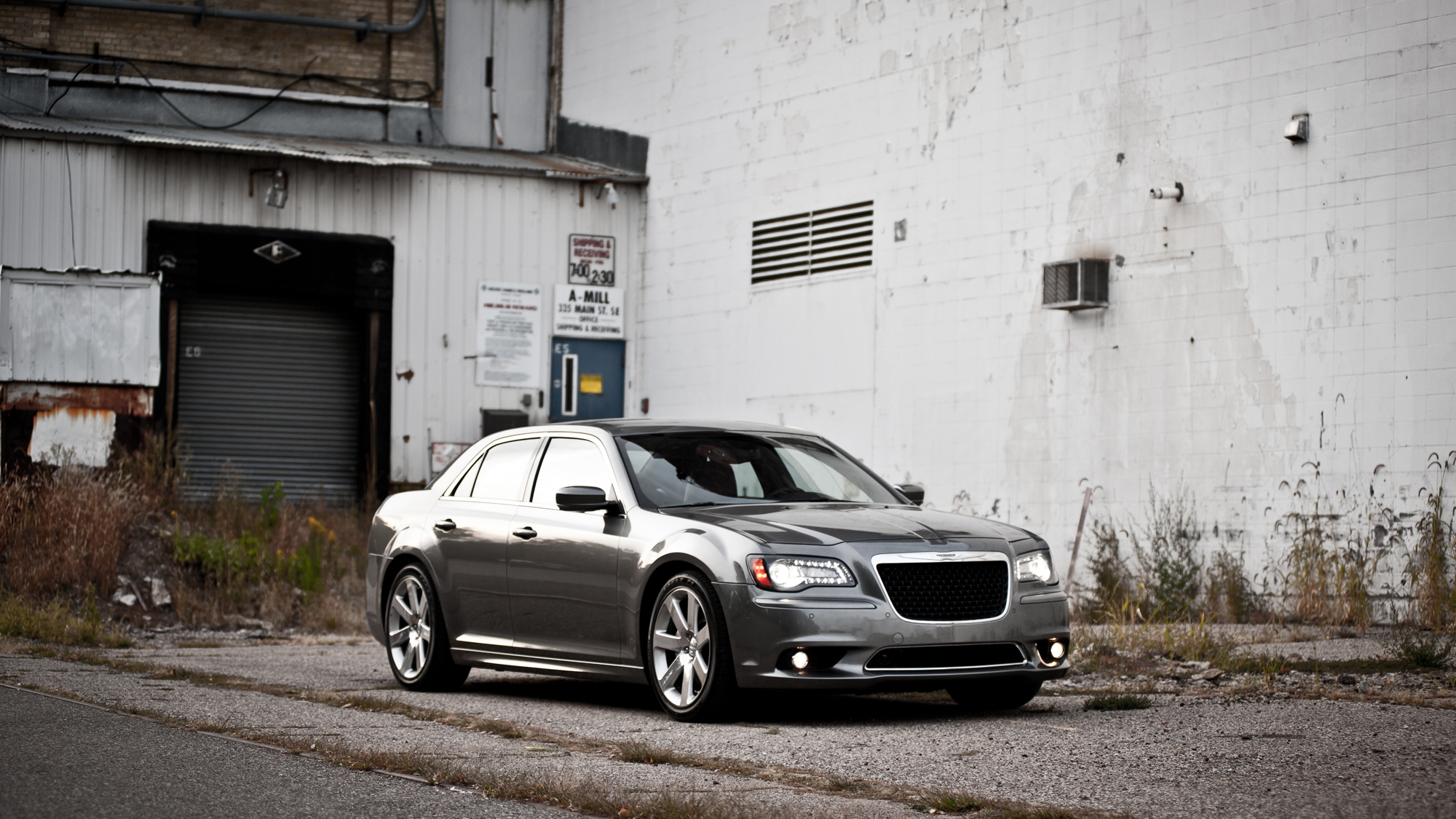 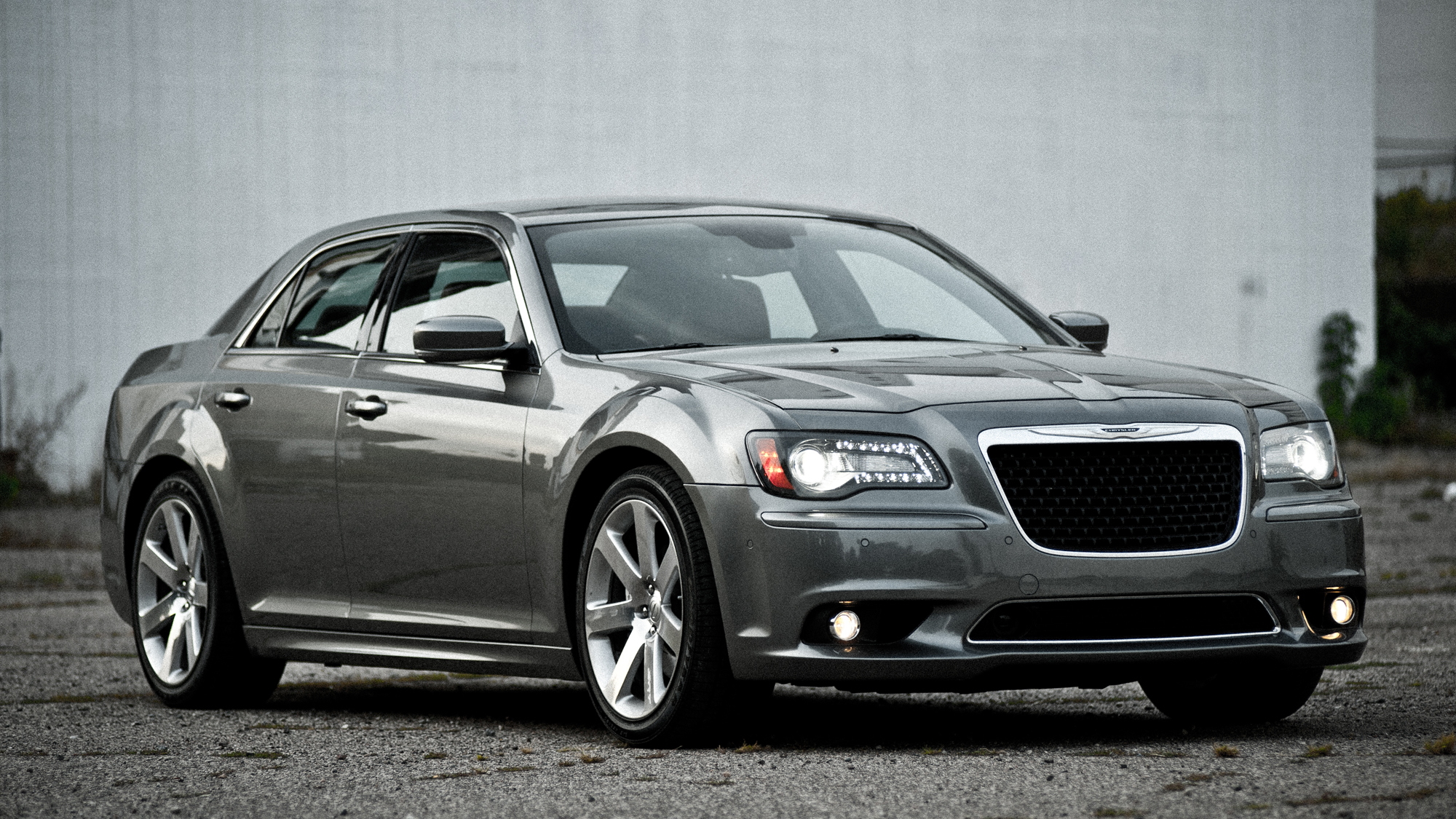 Say you have a family of four plus a dog, a job downtown as a mid-level executive, and you are a proud American.

What do you drive?

While you'd love to have a muscle car, your wife says a two-door just isn't practical right now. Well, let me introduce you to the new 2012 Chrysler 300 SRT8, the muscle car for grown-ups.

If are you looking for a four-door muscle car that demands attention, you should be looking at the Chrysler 300 SRT8's cousin, the Dodge Charger SRT8. But what the 300 SRT8 lacks in attention-grabbing looks, it more than makes up for in the subtle cues that let any car enthusiast know this isn't just another 300. From the rear deck lid-mounted spoiler to the large tailpipes peeking out from the rear bumper, there's no question this four-door sedan means business.

Featuring darkened headlight lenses, 20-inch SRT design wheels, a front spoiler and lowered ride height, the 300 SRT8 sports small changes that give it the aggressive appearance it needs, while maintaining an under-the-radar persona.

Inside the SRT team has ditched the wood and silver plastic trim bits for carbon fiber inlays and glossy black plastic. The seats in our tester were covered in Radar Red leather with white stitching and Alcantara inserts. The seats are, in a word, fantastic. Around town you will be more than comfortable, and they can definitely handle a track day on the weekend.

The SRT8 still features a naturally aspirated V-8, only this time the displacement has been upped to 6.4 liters, and now features direct-injection and cylinder deactivation. Those two last bits help the SRT8 achieve better fuel economy than the last generation. With an EPA fuel economy rating of 14/23, we averaged 14.5 mpg in mixed driving. It's worth noting we had a heavy foot, and are impressed with our observed fuel economy.

But this is an SRT8, who cares about fuel economy right? Now with 470-horsepower and 470 lb-ft under the hood, it is easier than ever to light up the rear tires. While many are disappointed that Chrysler still only offers a dated five-speed transmission with shift paddles, we found the programming to be quite impressive. To be frank, the transmission shifts so hard for a torque-converter automatic, we called our Chrysler rep to make sure nothing was wrong. She informed us that it is programmed to shift hard. While we loved it, we can't help but wonder what some customers might think. It's worth noting an 8-speed transmission is likely coming in the not-so-distant future.

When you push the start button in the SRT8 the engine rumbles to life, quickly quieting down into a low burble. Under light acceleration the car produces a subdued exhaust note, but mash the go pedal and you'll suddenly hear music to your ears as the tachometer races to the 6,400 rpm redline. Let off the throttle and the engine will quickly shut down four cylinders and indicate it is in Eco mode. Typically you feel a slight shudder in vehicles when this process happens, but in the 300 SRT8 you almost don't even notice. The transition between four-cylinder mode and eight-cylinder mode is one of the smoothest I've experienced. Burnouts are effortless and the active suspension does its best to keep body roll to a minimum.

With a price tag of $53,135, our tester was near BMW M3 and CTS-V territory. While it SRT8 isn't magical, it's damn good. And with a price tag just under some of the competition, we think the SRT team might have just hit their mark. Executives, your muscle car is waiting.