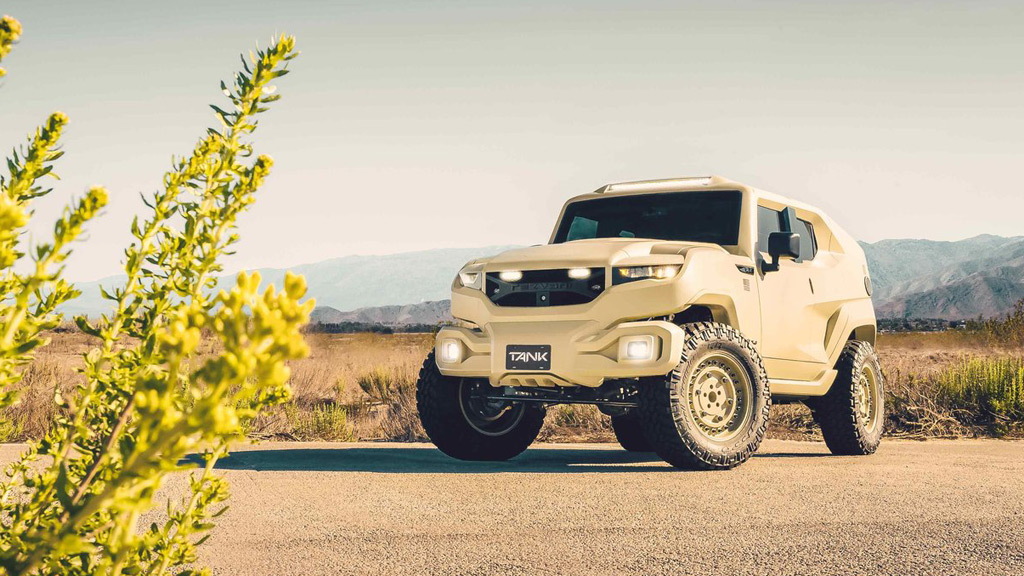 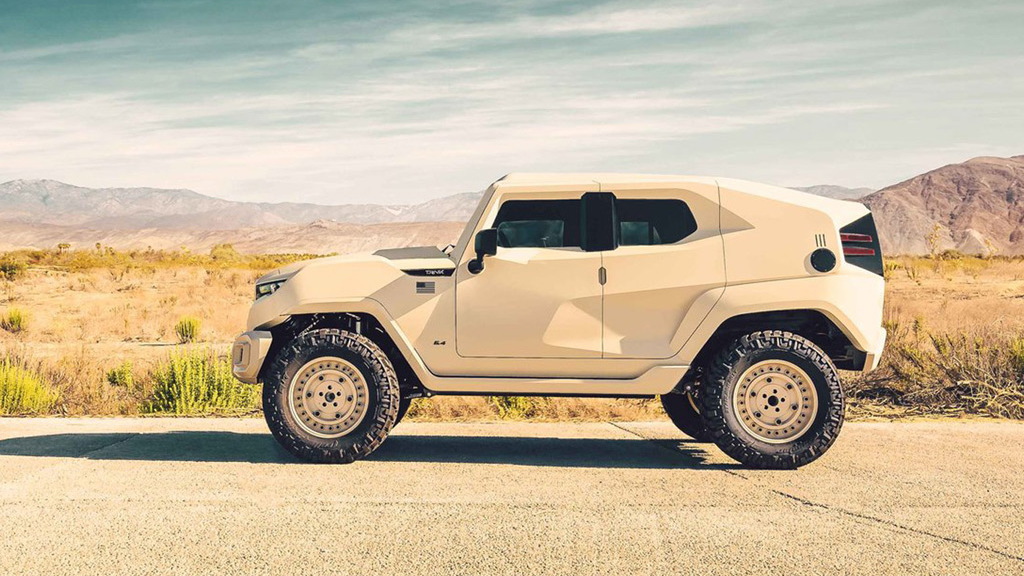 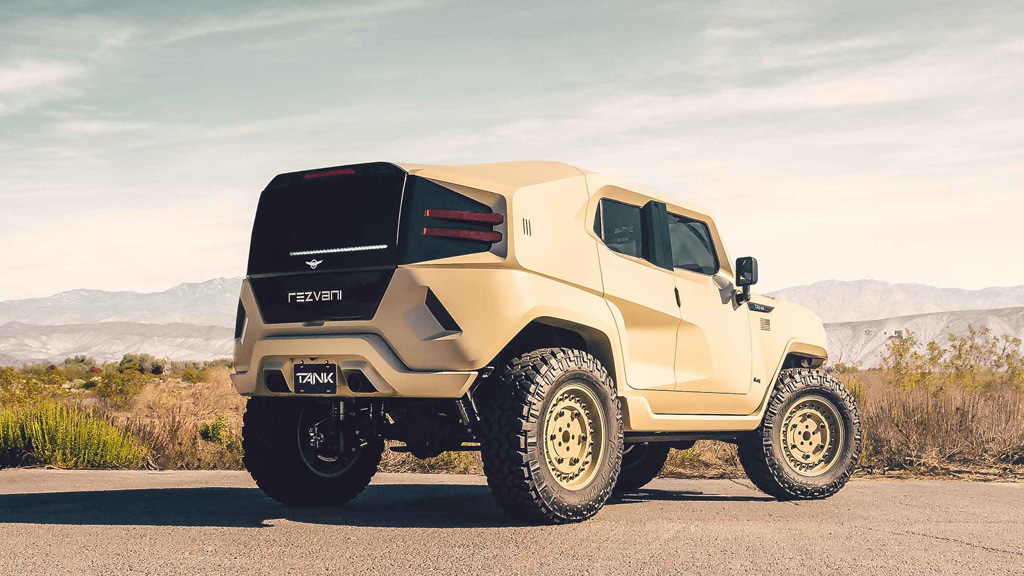 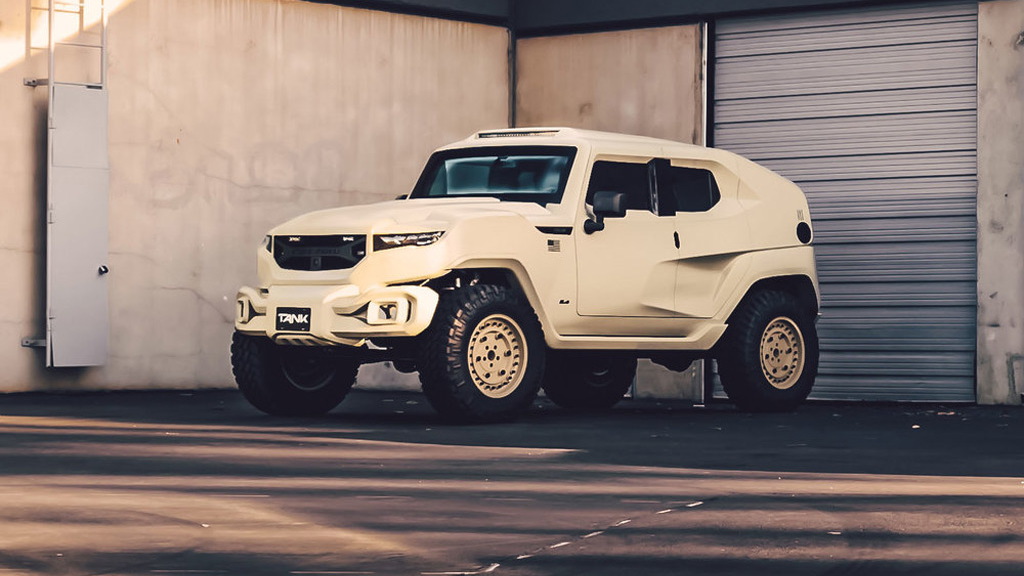 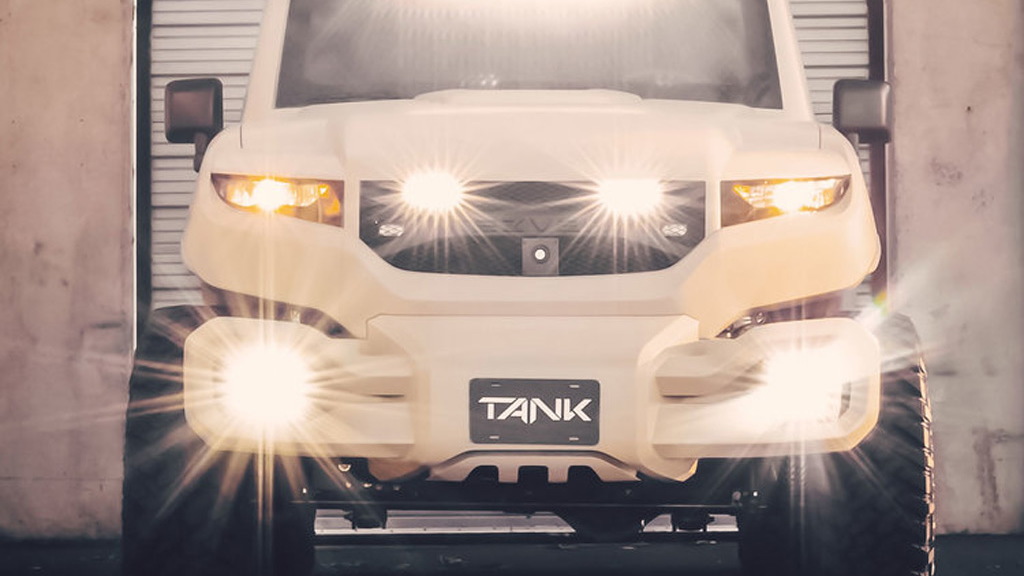 Rezvani, the Southern Californian coachbuilder who first arrived on the scene with the Ariel Atom-based Beast, recently made news with a brand new monster machine.

Rezvani's Tank unveiled last year is a Jeep Wrangler-based, military-spec-looking truck. It only looks the part though, as it doesn't actually offer any protection. However, Rezvani has since rectified that with an updated version, and this one has gone full Rambo.

The bodywork appears to be the same as the modified parts bolted on the original Tank. They're not though, because the Rezvani Tank Military Edition wears Level 7 ballistic armor, meaning it's capable of stopping rounds from high-caliber weapons and assault rifles. The battery, radiator, and fuel tank are also wrapped in Kevlar while the underside of the Tank offers explosive device protection.

Should you come to a stop or need to press on through hordes of bad guys, the Tank Military Edition wears military grade run-flat tires, and the doors handles are electrified and locked with magnetic dead bolts. There's plenty of blinding light that can shine right in the eyes of your enemies, while you can also shout taunts and threats at them through the on-board PA system.

Perhaps you'd prefer a stealth mission? Turn off all of the lights and use the FLIR display and night vision system to see your way through the darkness. It will be hard to remain stealthy when you step on the pedal, though. That's because Rezvani swaps a 500-horsepower 6.4-liter V-8 into the nose of the custom Wrangler. Or, if you really want to get away from it all you can step up to the 707-horsepower 6.2-liter supercharged V-8 otherwise known as the Hellcat.

Would you like one for your personal army daily grocery runs? The starting price is $295,000. Adding the Hellcat engine easily pushes the price well into $300,000+ territory. It doesn't matter though, because we're dying to drive it.