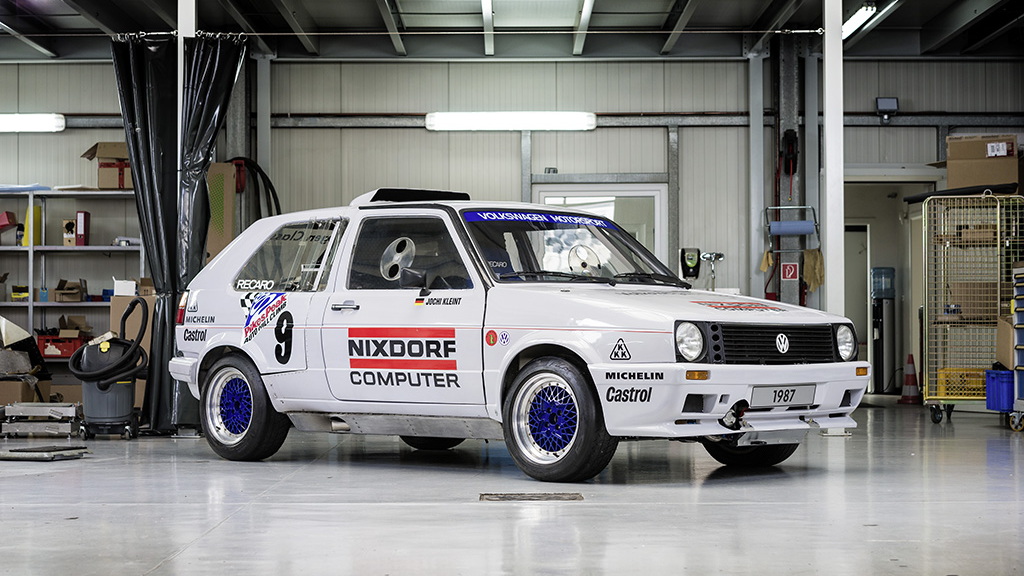 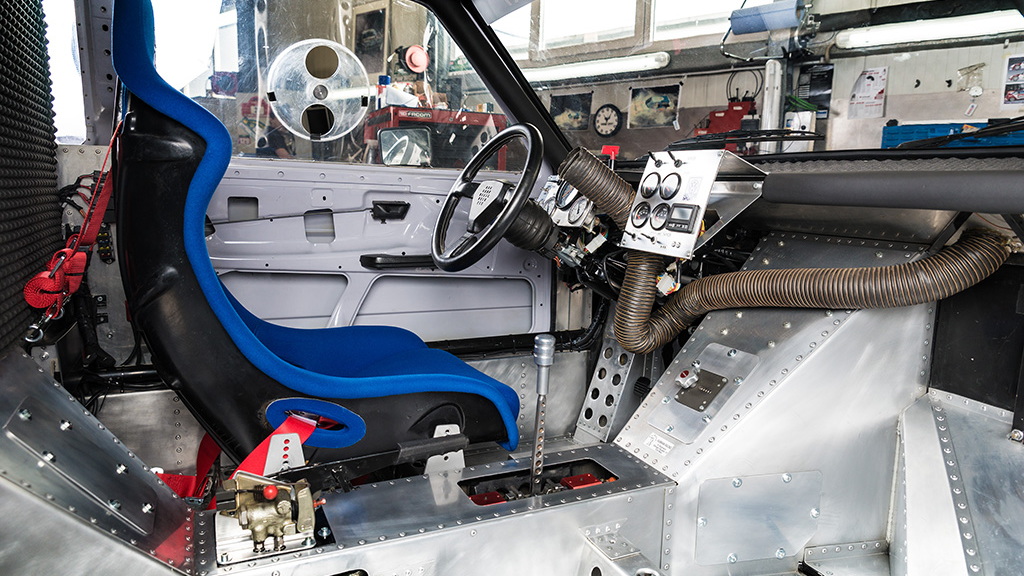 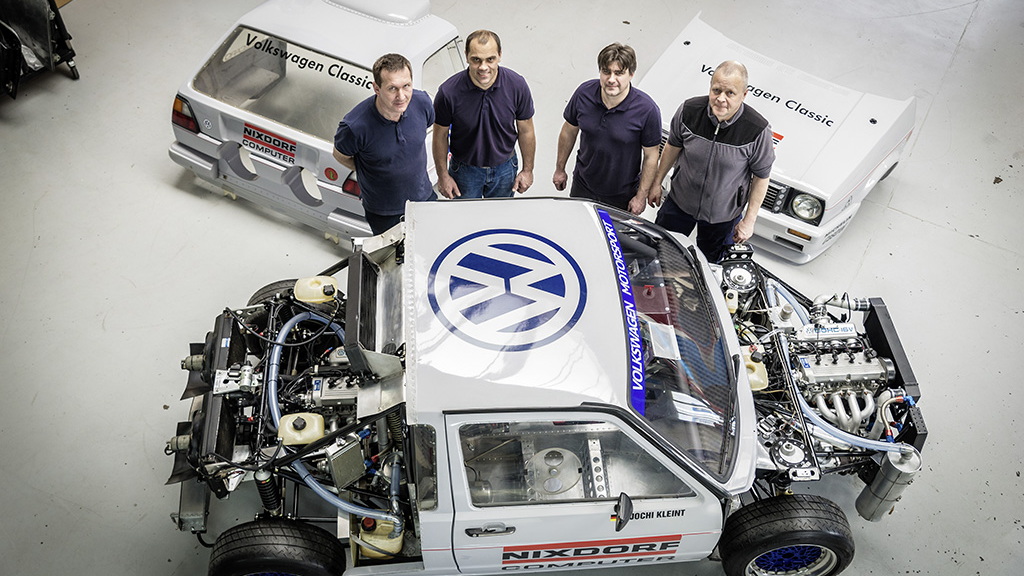 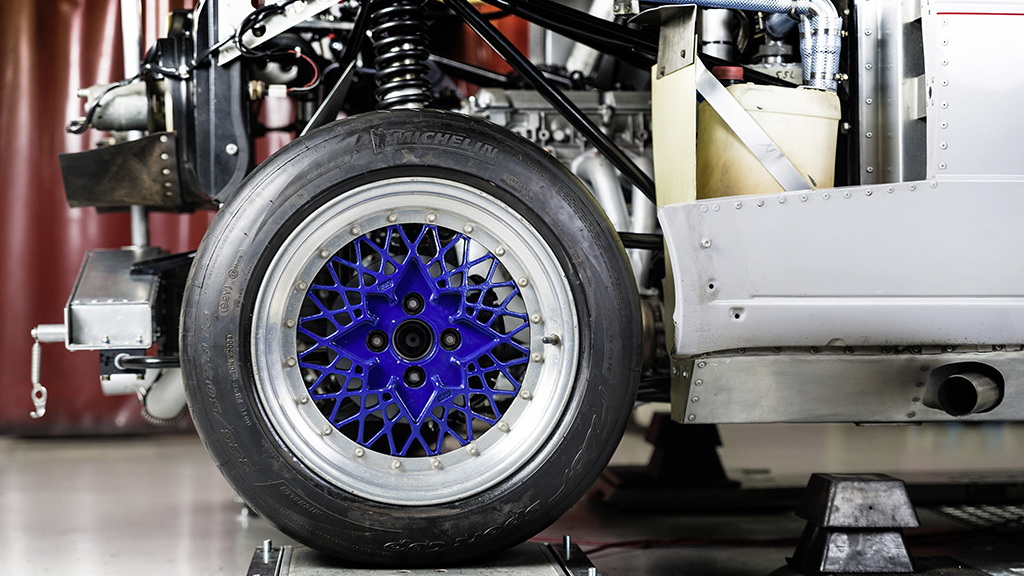 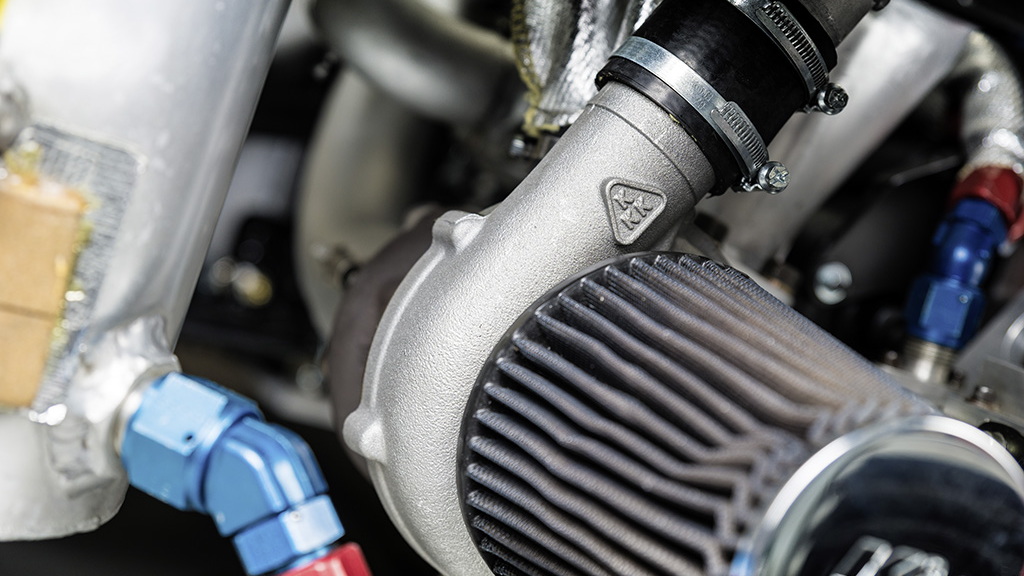 It might look like nothing more than a Golf that's been prepped for motorsport duty, but this VW packs a twin-engined, high-altitude secret.

The Pikes Peak International Hill Climb is a torturous test of man and machine. Today, the route to the top is fully paved but it wasn't always that way. Drivers raced up a treacherous dirt course before they summited 14,115 feet above sea level. The event attracted (and continues to attract) some wild machines. One such wacky racer comes from VW.

In 1987, Pikes Peak was dominated by wild, raucous rally machines driven by fearless folks forever existing on the edge. Audi had a stable of WRC beasties with which it could do battle, and a formidable driver in Walter Röhrl. Volkswagen wanted in on the PPIHC action so it turned to its pedestrian Golf as a starting point for an insane racing machine.

Design Engineer Kurt Bergmann dreamed up the Golf II. It's a twin-engined racing Golf that's been stripped down to its bare necessities and then given a pair of 1.8-liter four-cylinder engines. Each mill breathes heavy through an oversized KKK turbocharger running 23 psi of boost. The end result is a 2,250-pound Golf with over 640 horsepower and a 5-speed manual gearbox.

The Golf can be driven as a four-wheel-drive vehicle, front-driver, or a rear-driver. It was such a fast setup that team driver Jochi Klein was running the fastest time up the hill. That is until something broke a few corners ahead of the finish line, and Klein had to retire because the Golf became uncontrollable.

Here we are 31 years later and Volkswagen has restored the mechanical bits of the car. Because the VW motorsport team is taking it back up the hill. The twin-engined Golf is getting another shot at Pikes Peak glory. While the new ID R electric race car might get a bit more press when it goes up the mountain for Volkswagen this June, our attention will be focused on how the old-school yet still cool Golf handles the hill.

Want to hear what it sounded like all those years ago? We found a pair of videos for you. You might need to know some German, but you don't need to know any other languages for the pure driving parts in each video. Just automotive enthusiasm. If you have that, you're all set to click play.