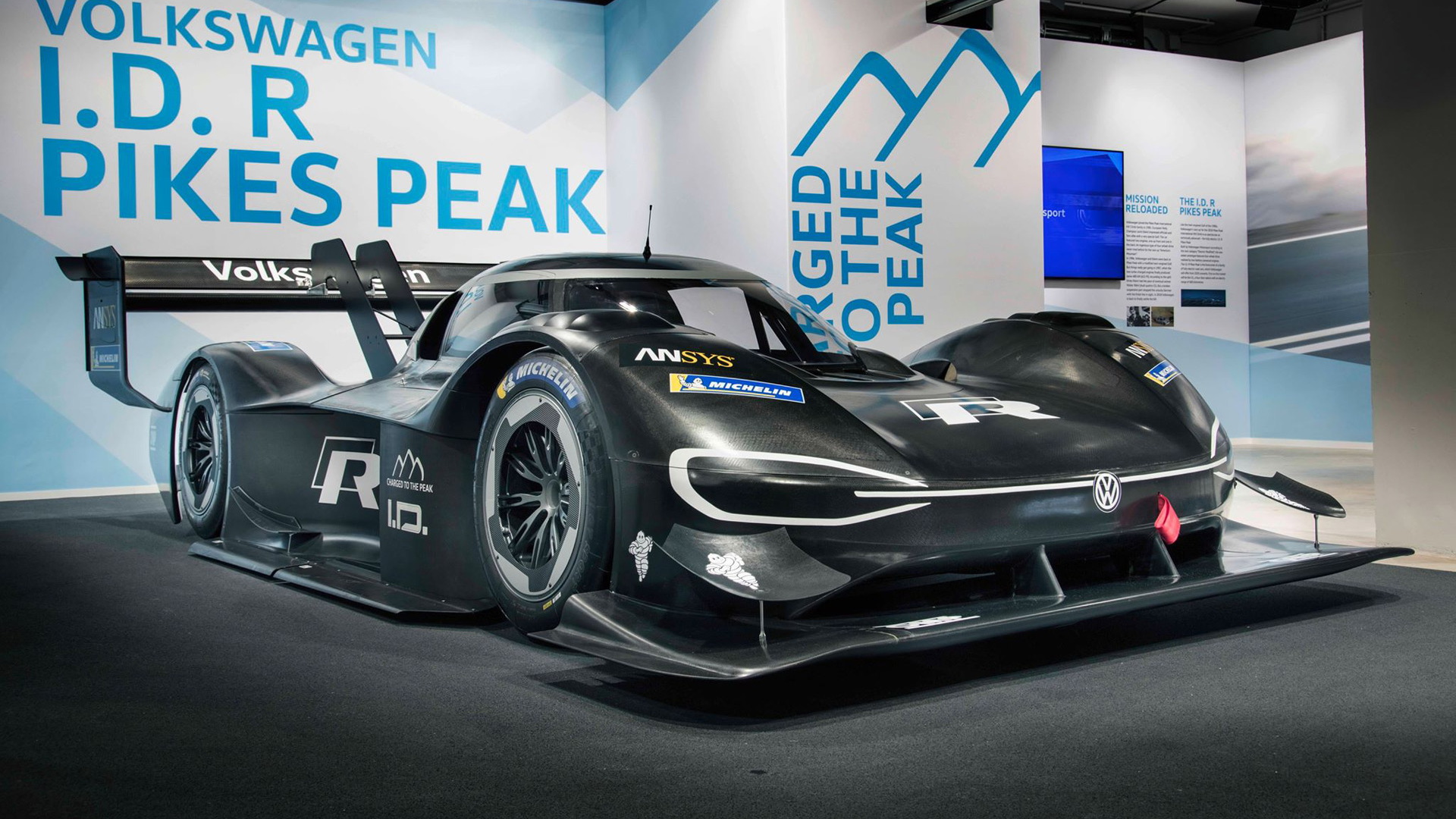 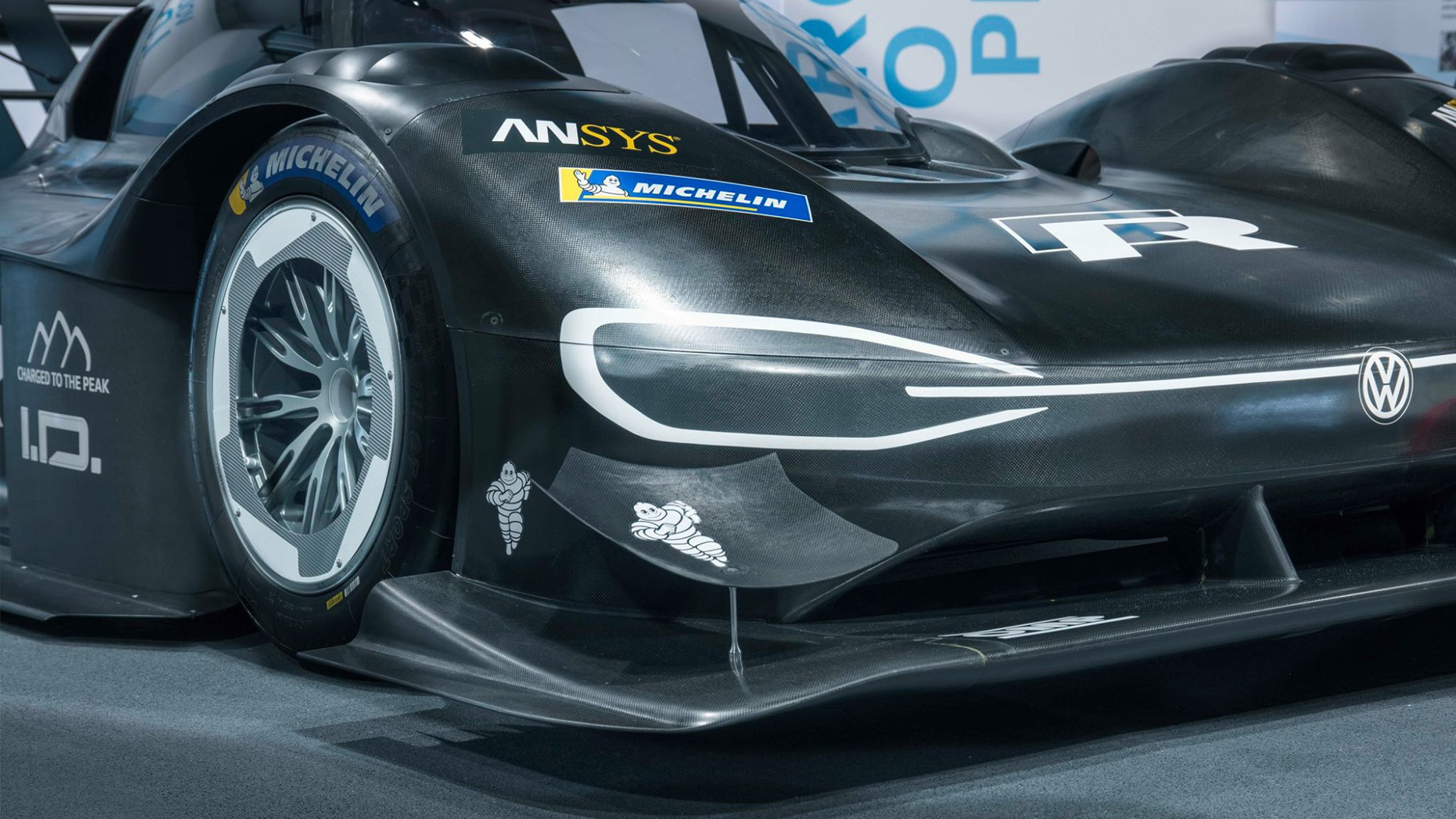 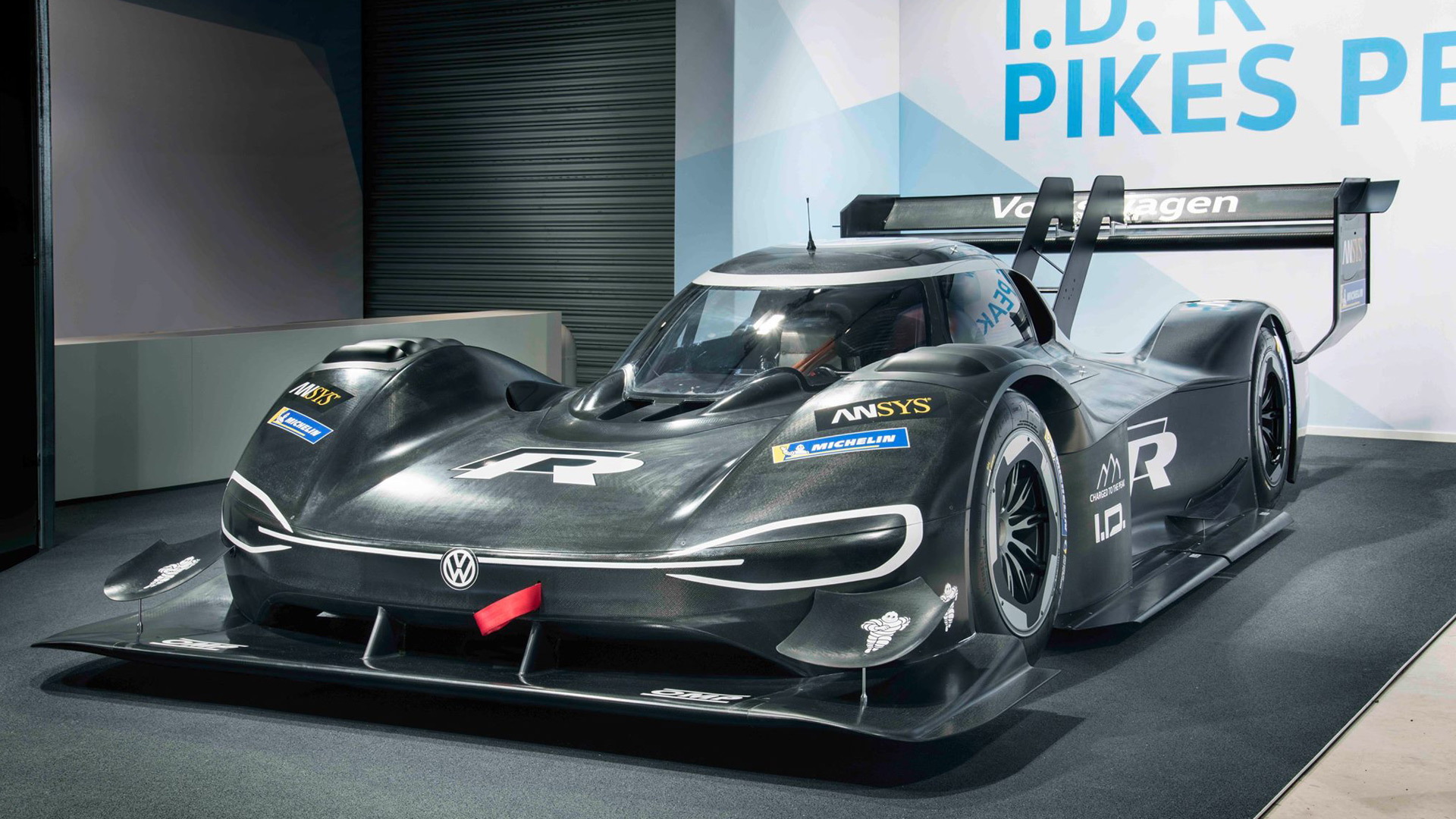 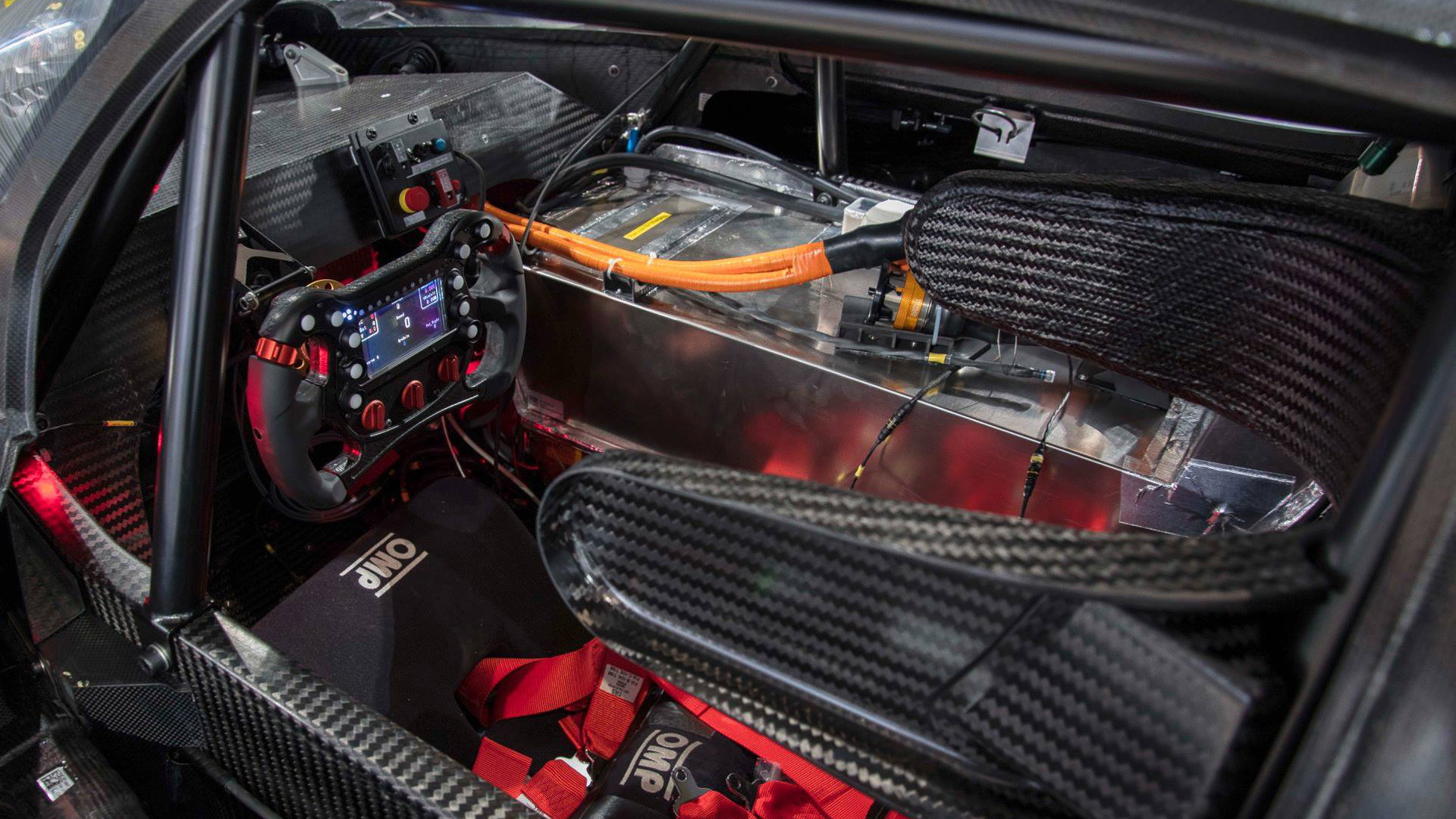 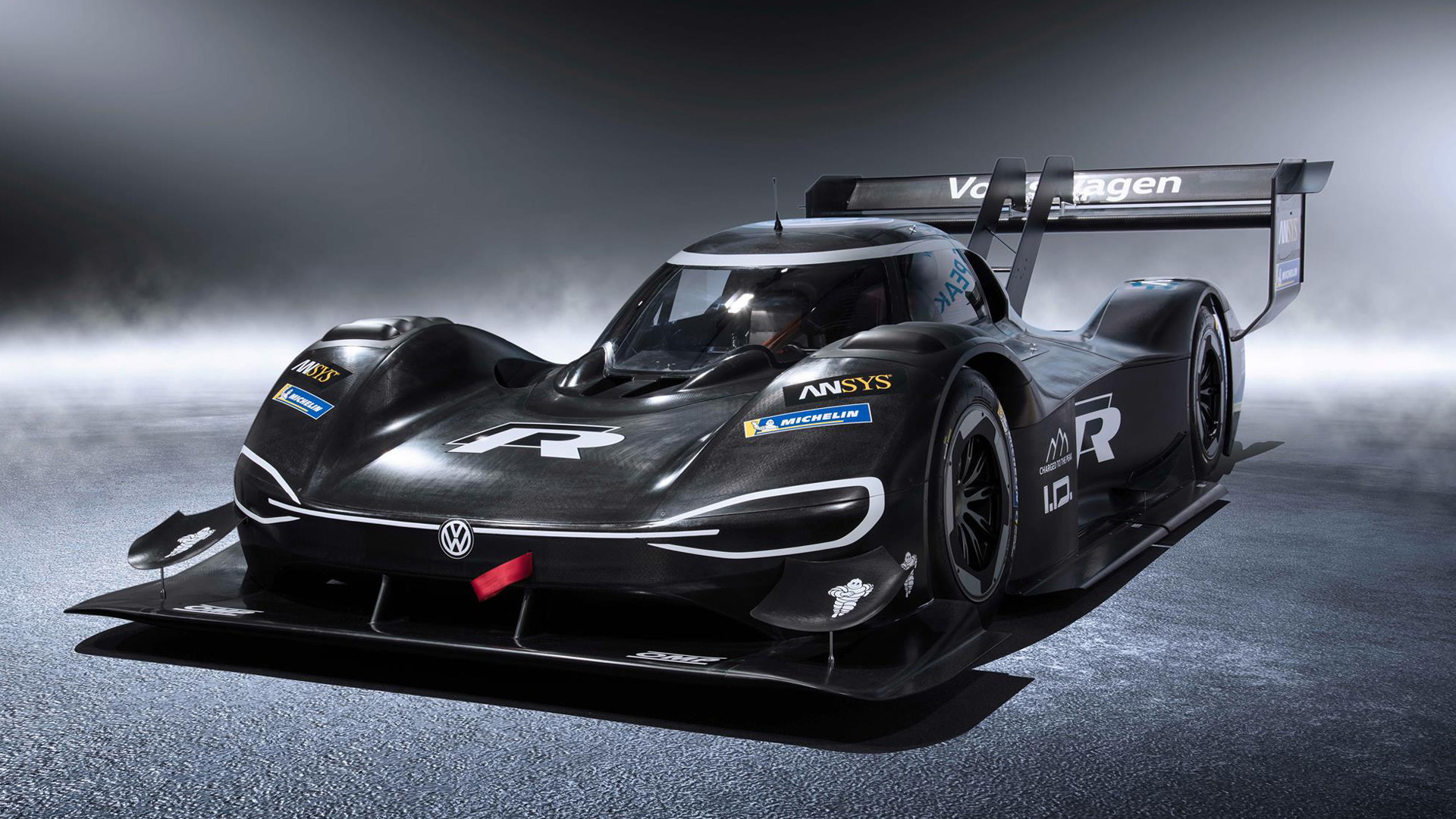 Volkswagen on Sunday took the covers off its new ID R electric race car at a special launch event in Alès, France.

This is the car that VW will enter in the 2018 Pikes Peak International Hill Climb, currently scheduled for June 24. The ID R will contest Pikes Peak’s Electric Modified Class, in which VW aims to set a new record over the 12.42-mile, fully paved course with 2017's winner Romain Dumas behind the wheel.

The ID R features an electric motor at each axle delivering a combined 680 horsepower and 480 pound-feet of torque, and with a curb weight of only 2,425 pounds the car will rocket to 62 mph in 2.25 seconds. That's quicker than a Formula 1 car, though it's not as quick as the acceleration times of the Rimac C_Two and second-generation Tesla Roadster, both of which reach 62 mph in under 2.0 seconds.

According to VW, many of the systems used in the ID R will feature in its upcoming family of ID electric cars, the first of which will be a Golf-sized hatch due in 2020. There is one main difference however. Unlike production cars, the ID R, or more specifically the car's lithium-ion battery, has been designed to deliver maximum power as opposed to maximum range.

The ID R has also been designed for extreme energy recovery. VW states that around 20 percent of the total energy the car will use in its ascent to the clouds will be recovered energy. When braking, the electric motors act as generators and convert braking energy into electricity to be fed back into the battery.

For VW, the ID R's run will mark the first time the automaker's been at Pikes Peak since 1987. Driving a beast of car derived from a humble Golf, which incidentally also had two power sources, Jochi Kleint came close to tasting overall victory but was forced to retire a few corners from the finish when his car suffered mechanical issues. The honors that year ended up with Walter Röhrl in an Audi Sport Quattro E2.

VW is now out to reclaim the victory and in the process prove its electric car technology. As VW R&D boss Frank Welsch explains, the run will be a “real acid test” for the automaker's technology.