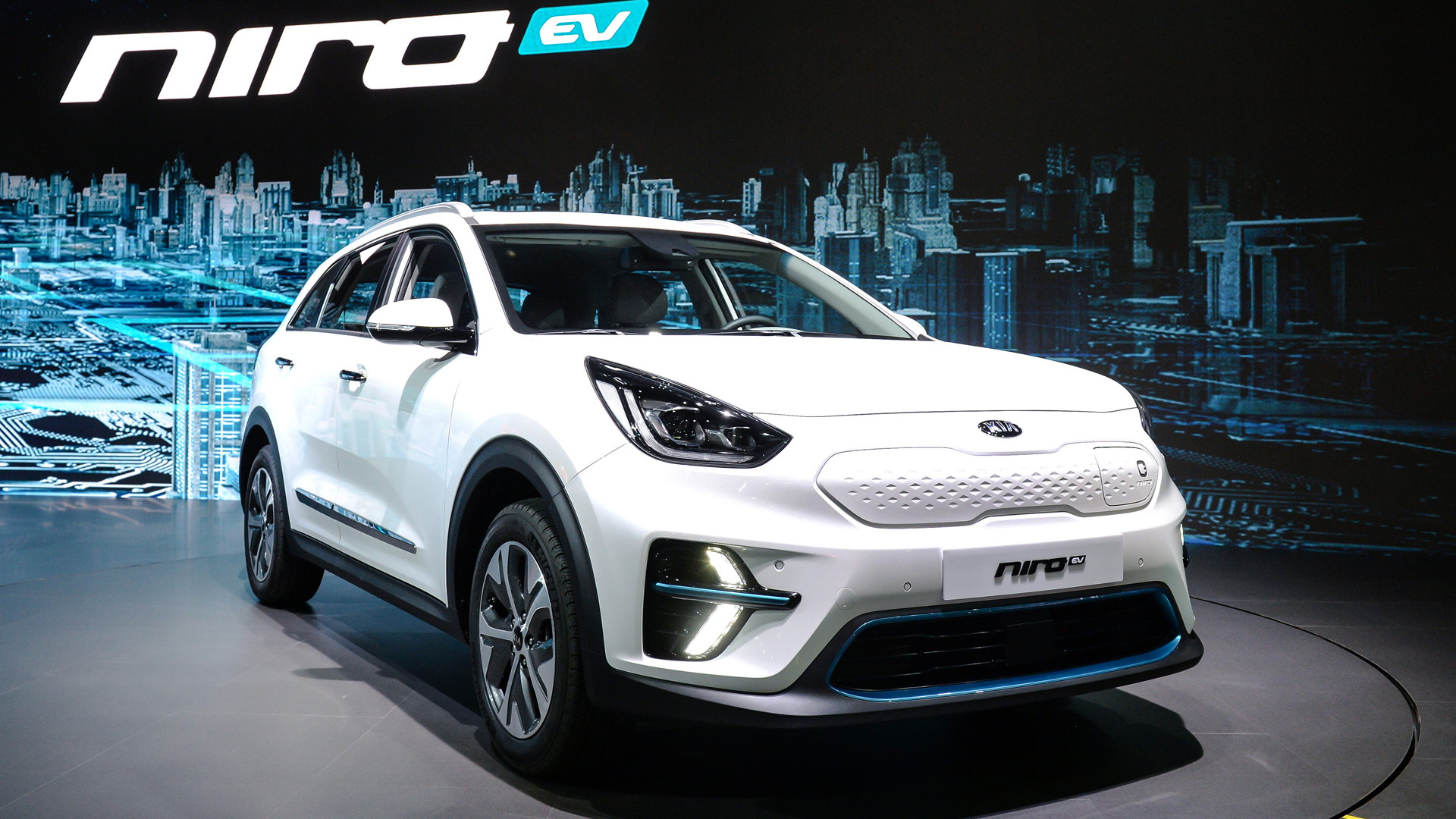 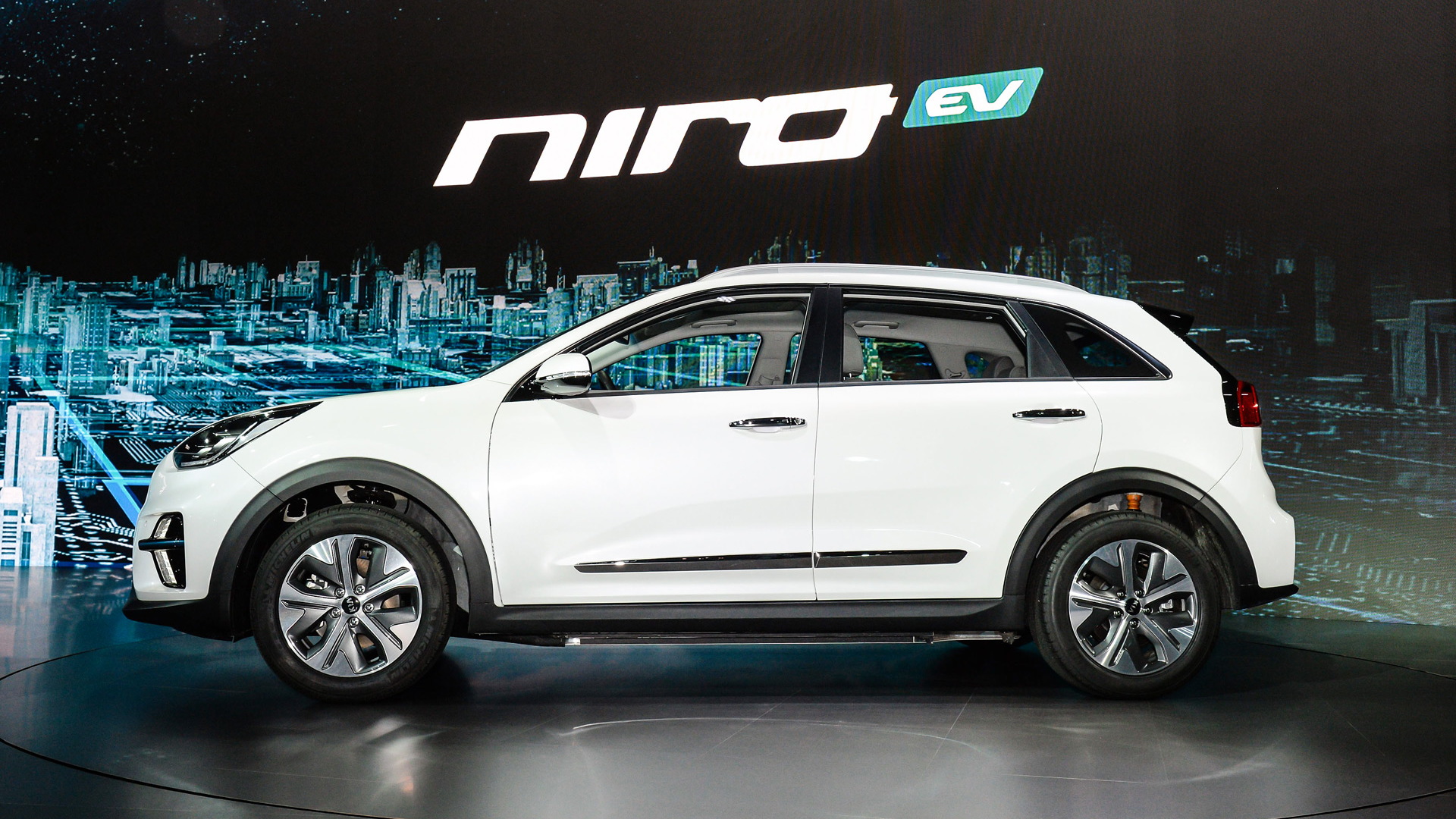 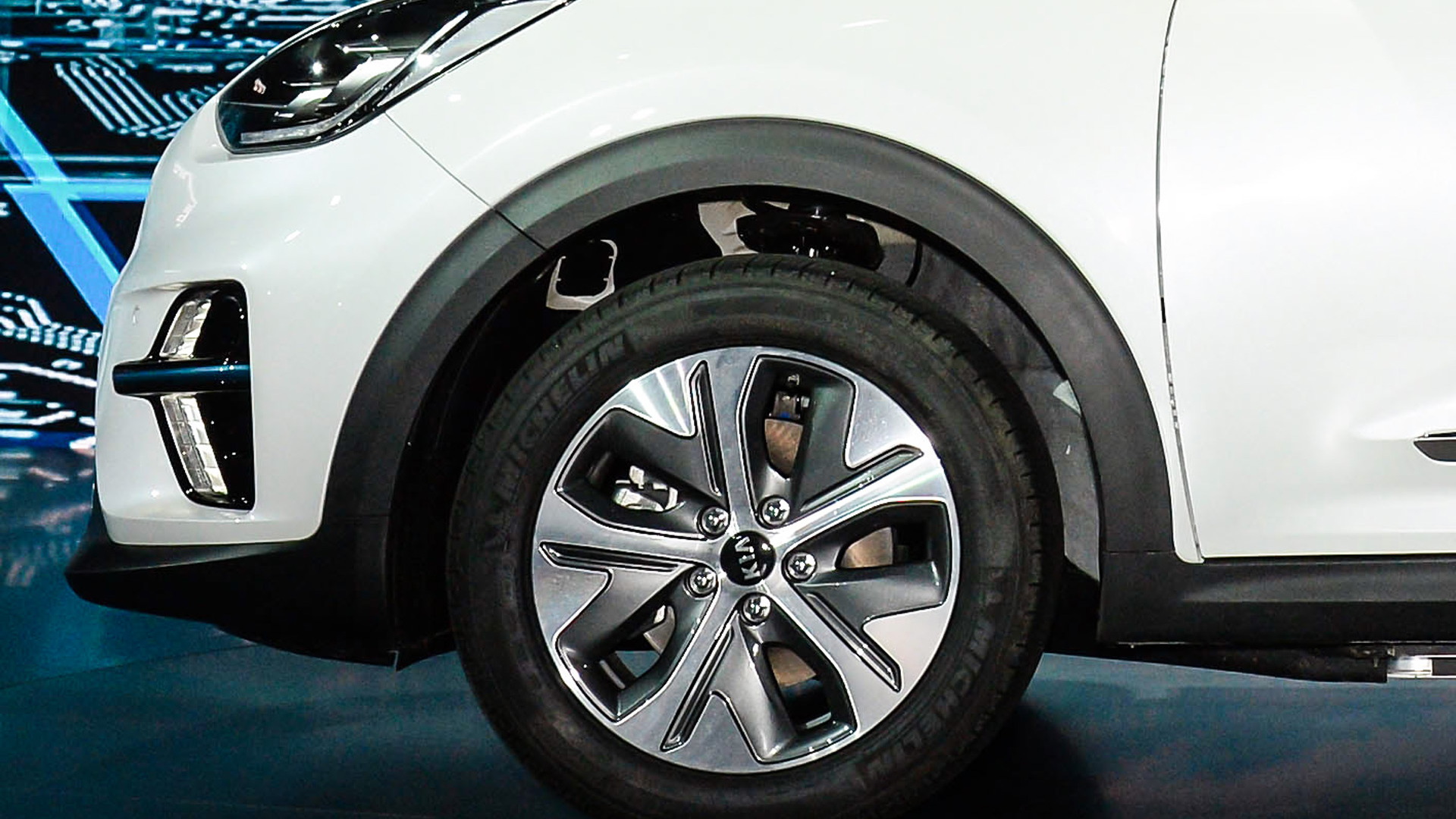 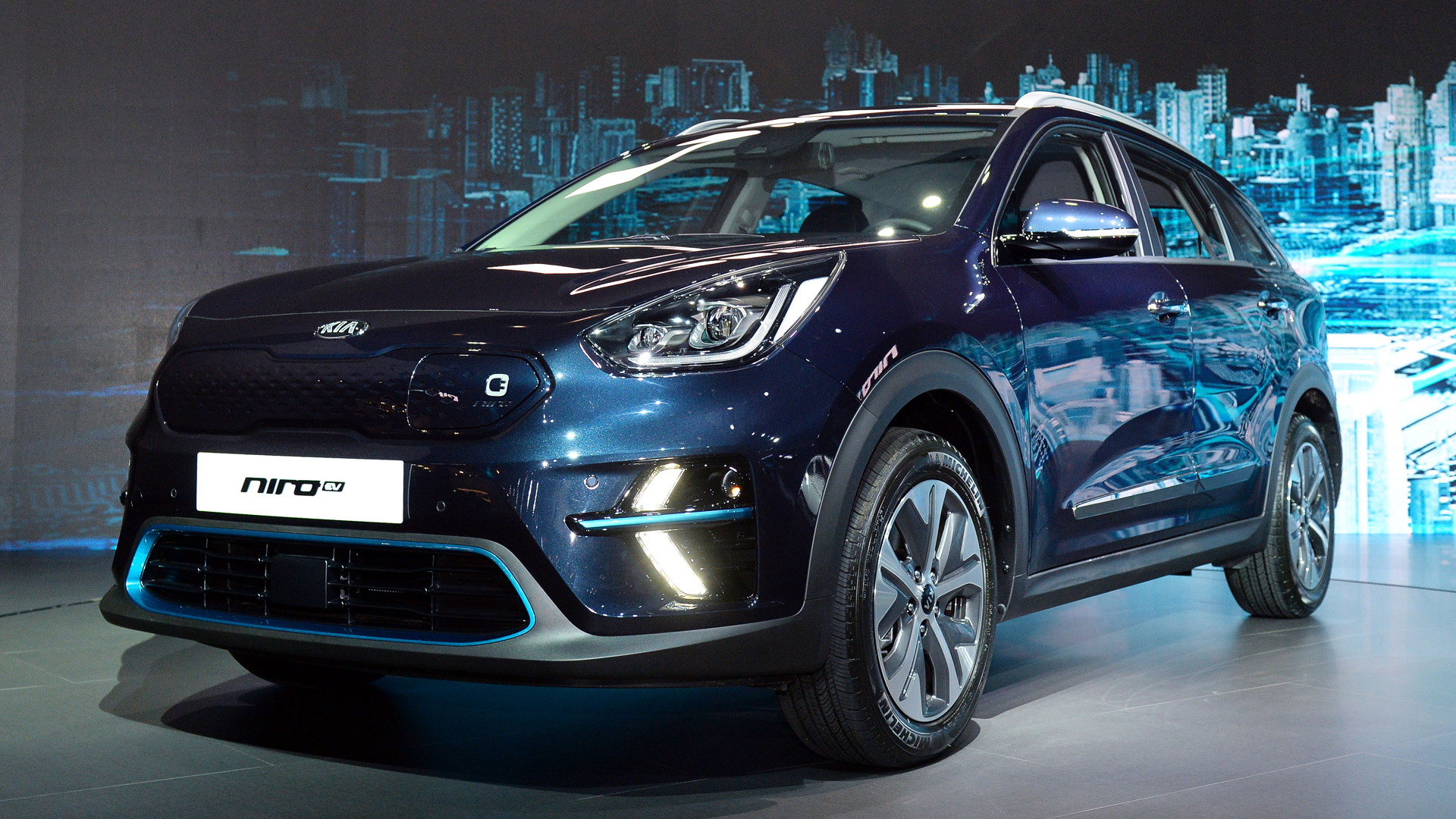 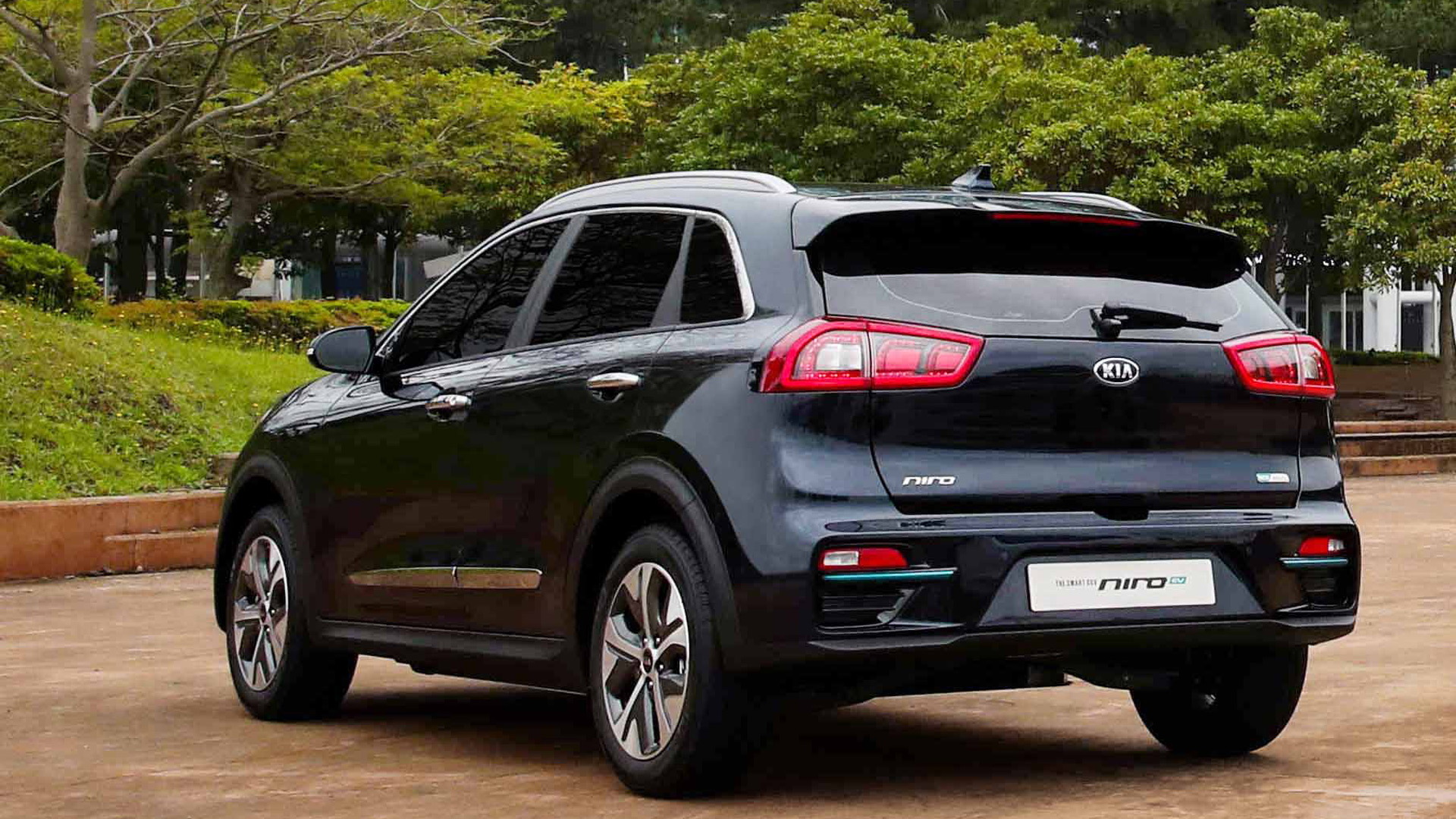 Kia on Thursday introduced the new electric version of its Niro compact crossover SUV at the 2018 Busan auto show in Korea.

Called the Niro EV and taking inspiration from a concept of the same name unveiled at January's 2018 Consumer Electronics Show, the newest addition to the Kia lineup is set to join hybrid and plug-in hybrid versions of the Niro when it goes on sale early next year.

Inside, the Niro EV is differentiated from other Niro models with light blue dash accents, while the design of the center console has been simplified to accommodate the car’s shift-by-wire drive selector which features a rotary controller design. A new 7.0-inch screen in the instrument cluster also provides electric car-specific info for the driver.

Specifications for the U.S. market will be announced closer to next year's launch but information revealed at the global debut provides some clues. We know the Niro EV has been designed with two lithium-polymer battery options: 39.2 and 64 kilowatt-hours, though only the larger unit is expected here. The units are the same offered in the related Kona Electric from Hyundai.

Regardless of battery, power comes from a single electric motor mounted at the front axle and delivering 201 horsepower. It enables 0-62 mph acceleration in 7.8 seconds.

Kia also fits the Niro EV with the latest electronic driver aids. The list includes collision warning and avoidance assist, as well as a lane following assist which tracks vehicles in front of the car in traffic, and detects road markings to keep the Niro EV in its lane on the highway. The system controls acceleration, braking and steering depending on the surrounding vehicles. It's designed to operate at speeds up to 80 mph.

Kia hasn't mentioned pricing but expect the Niro EV to be competitive with the Bolt EV, which is priced from $37,495.