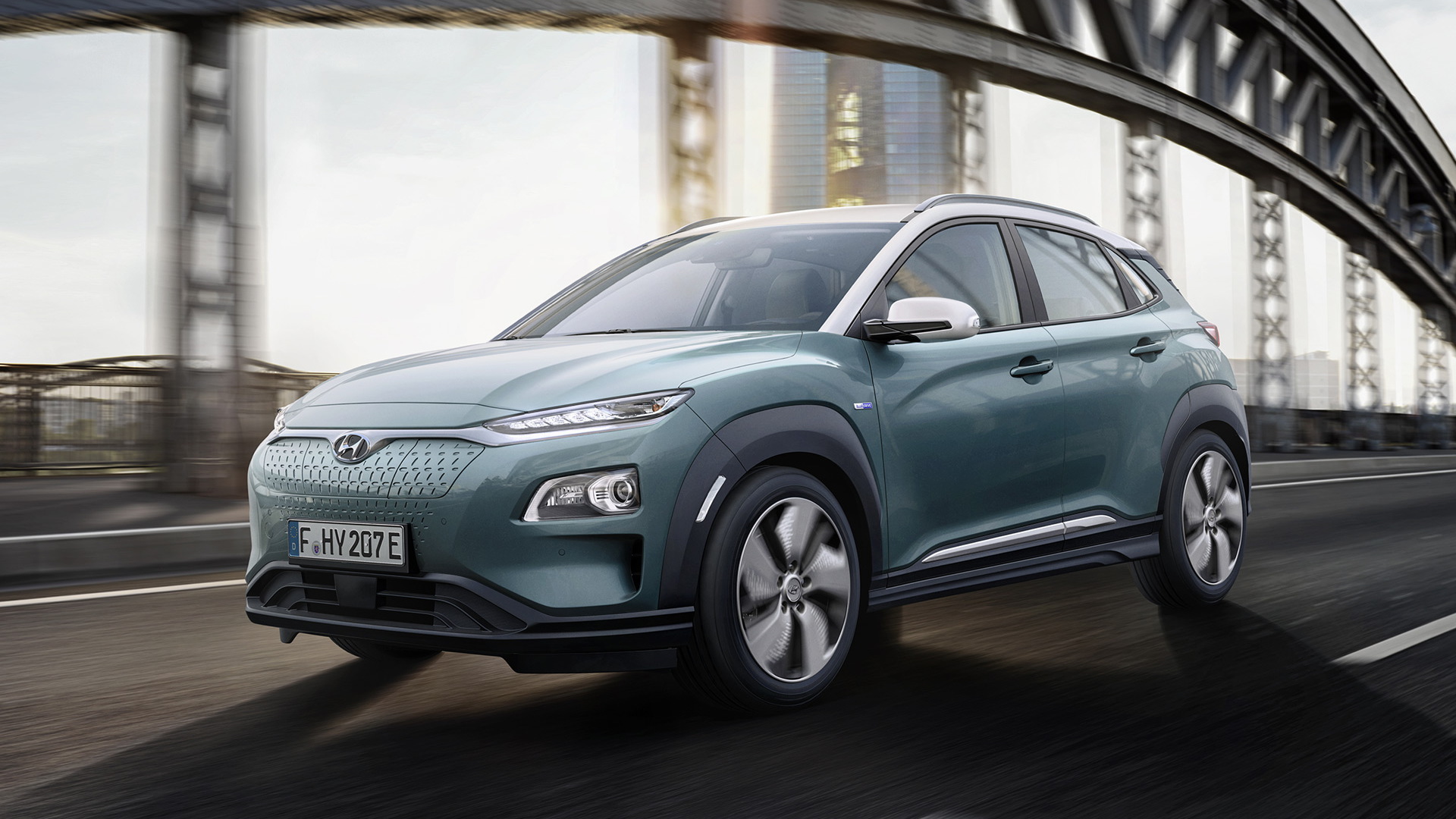 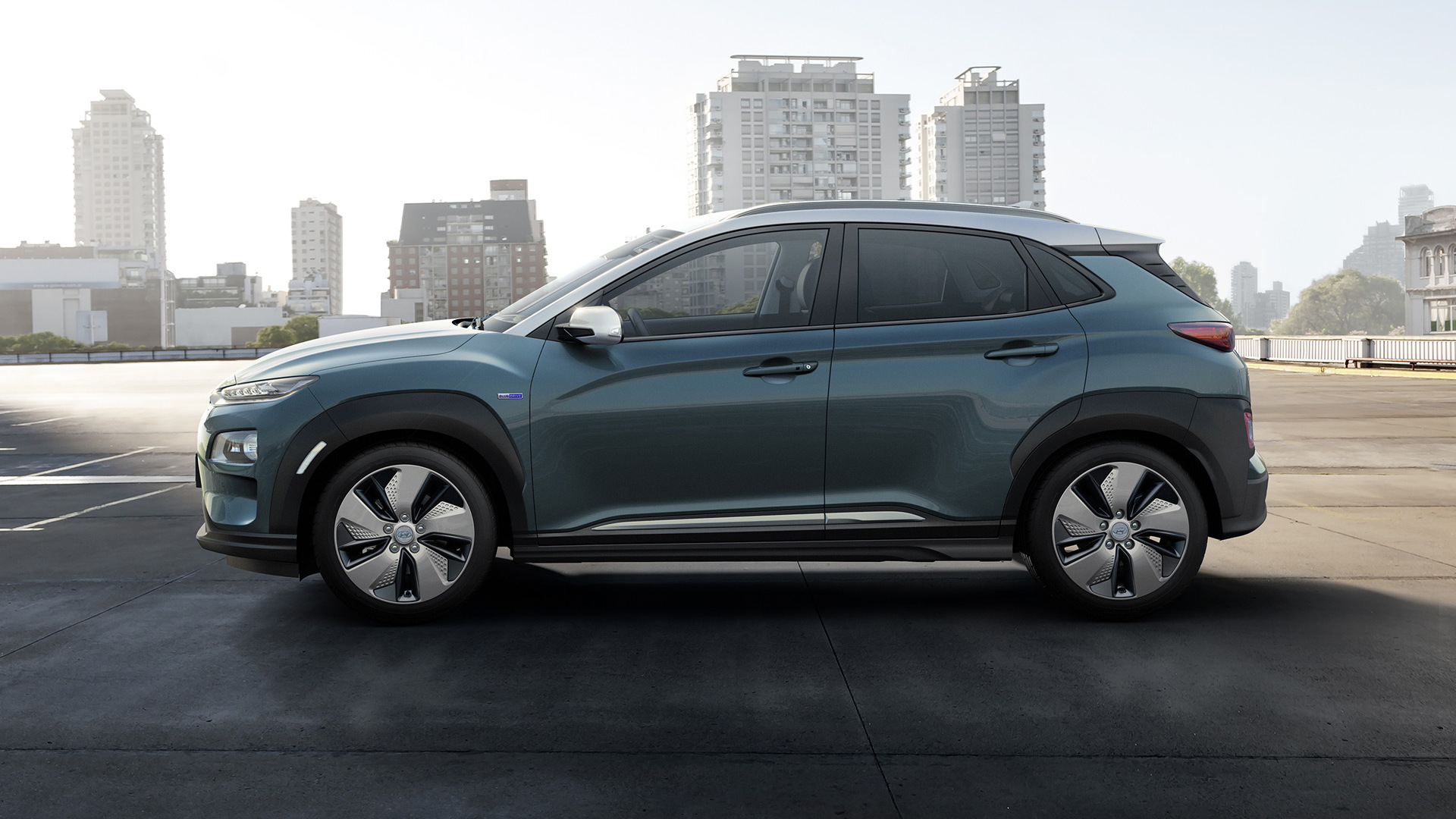 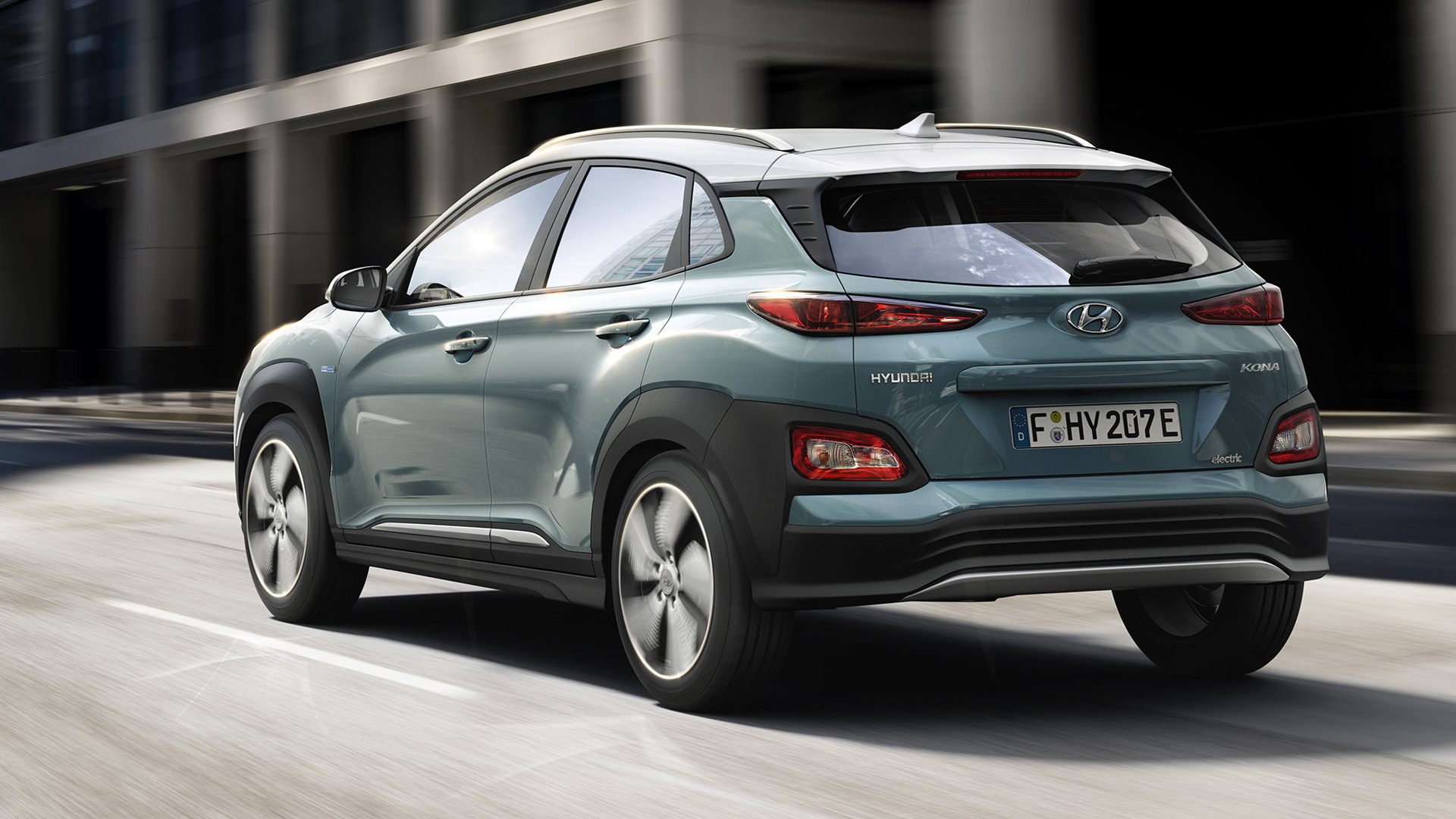 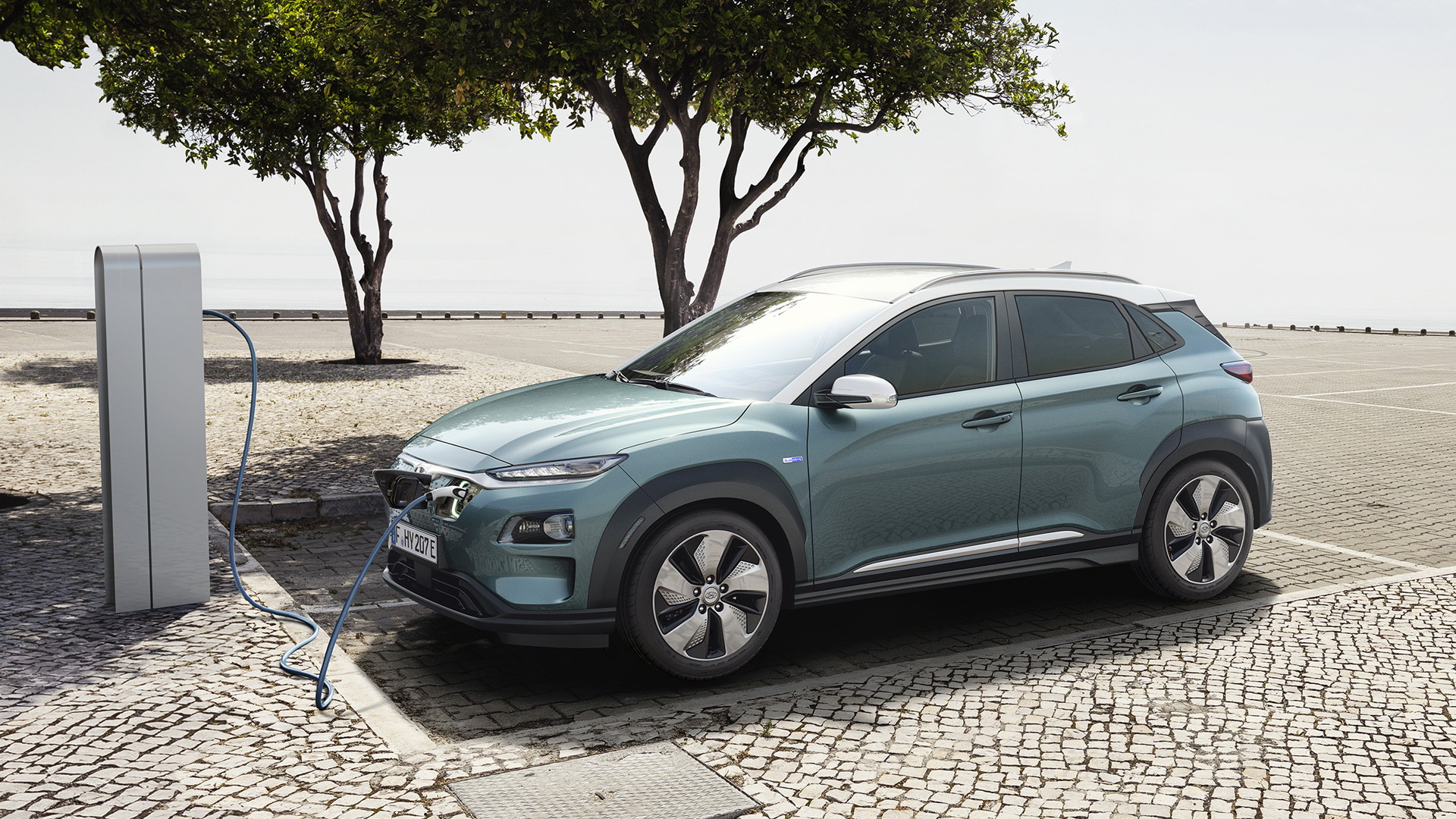 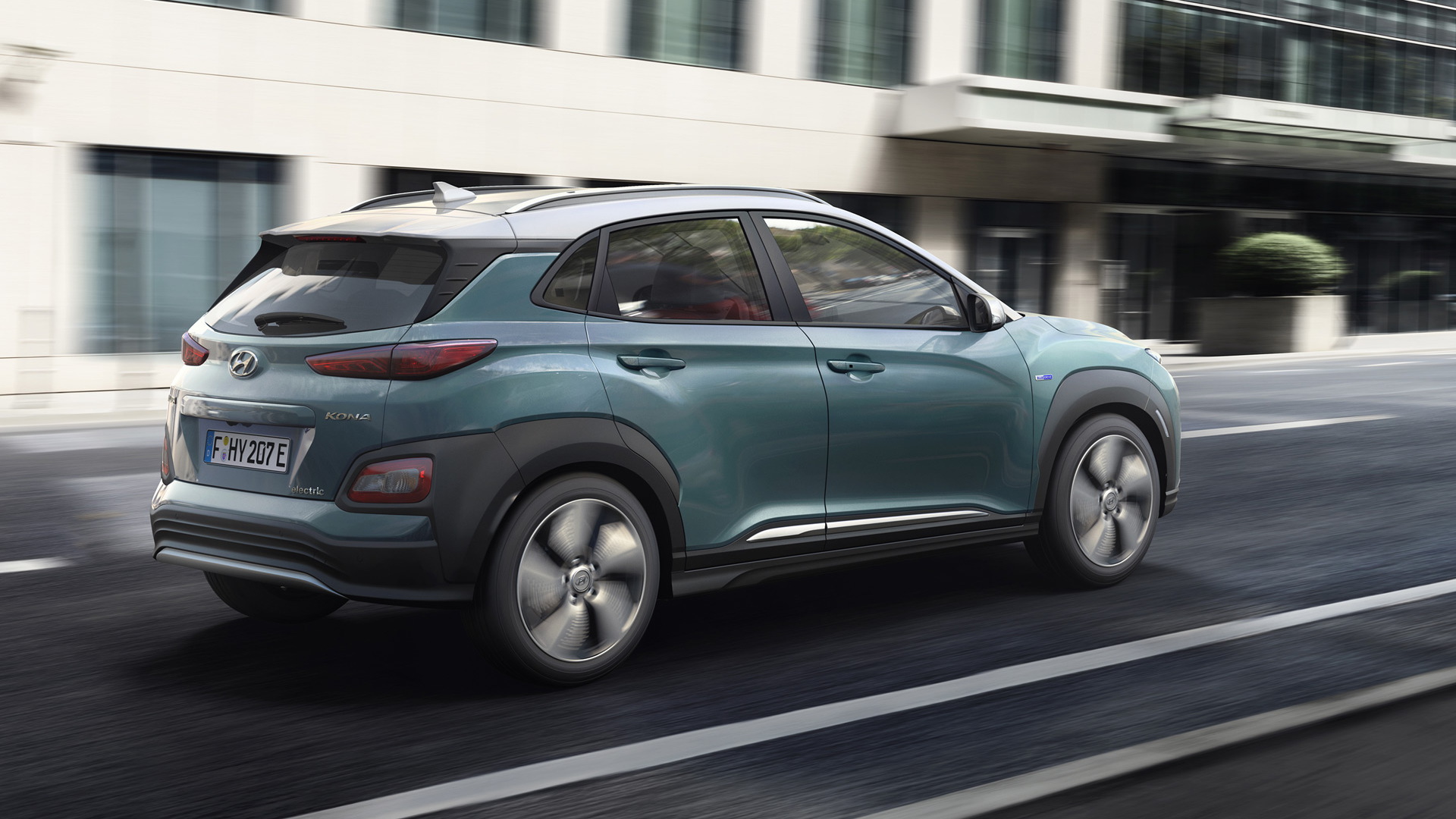 Meet the new Kona Electric, a pint-sized electric crossover SUV from Hyundai that promises up to 292 miles of range on a single charge.

Both are well up on the 124 miles provided by the Hyundai Ioniq Electric’s 28-kwh battery, though we hear the Ioniq Electric may soon receive a battery upgrade to keep up with its Kona sibling. The Kona Electric range figures should be similar to those stated here when measured by the EPA, as the figures stated here are based on the Worldwide Harmonized Light-duty Vehicles Test Procedure (WLTP), which tends to come close to matching the EPA’s test cycle.

Sales of the Kona Electric haven't been confirmed for the United States, though the vehicle is expected to come here by the second half of 2018. Expect pricing for the long-range model to come in around the $40k mark, making it a potential rival to the Chevrolet Bolt EV. The Ioniq Electric starts at $30,335.

There's not much to differentiate the Kona Electric from its internal combustion-powered sibling, at least from the exterior. The changes that are present include the more streamlined face with a sealed off grille. The wheels, which measure 17 inches in diameter, also feature a low-drag design.

The changes are more apparent on the inside where the normal transmission stick is replaced by a set of buttons. Paddle shifters behind the steering wheel also lets the driver adjust the severity of the brake energy regenerative system. There are also all the latest electronic goodies such as Apple CarPlay and Android Auto smartphone integration, wireless charging for mobile devices, a head-up display, and numerous electronic driver aids including automatic braking with pedestrian detection, plus blind spot and rear cross traffic warning.

The Kona Electric makes its world debut on March 6 at the 2018 Geneva International Motor Show. For more coverage on the show, head to our dedicated hub.