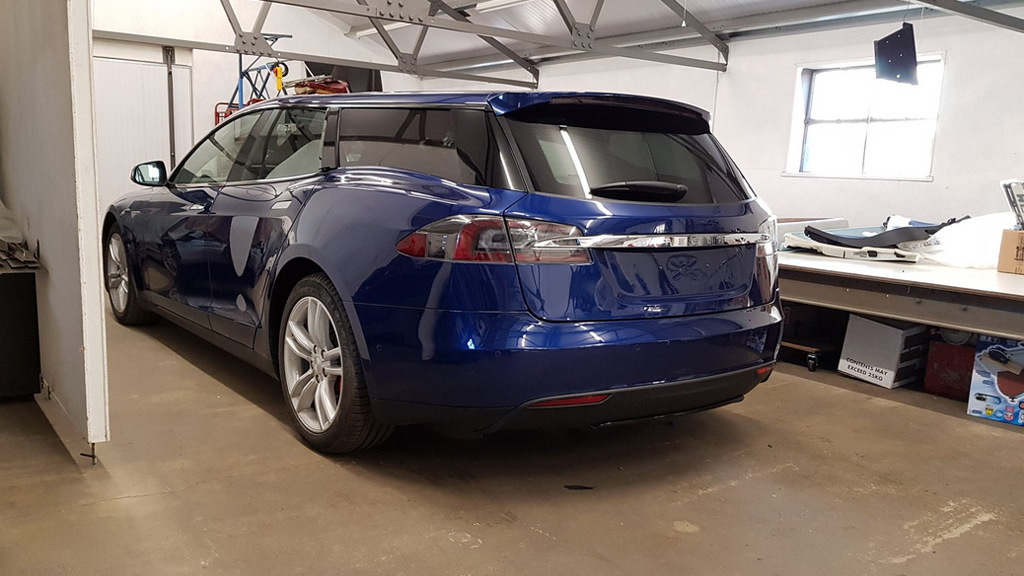 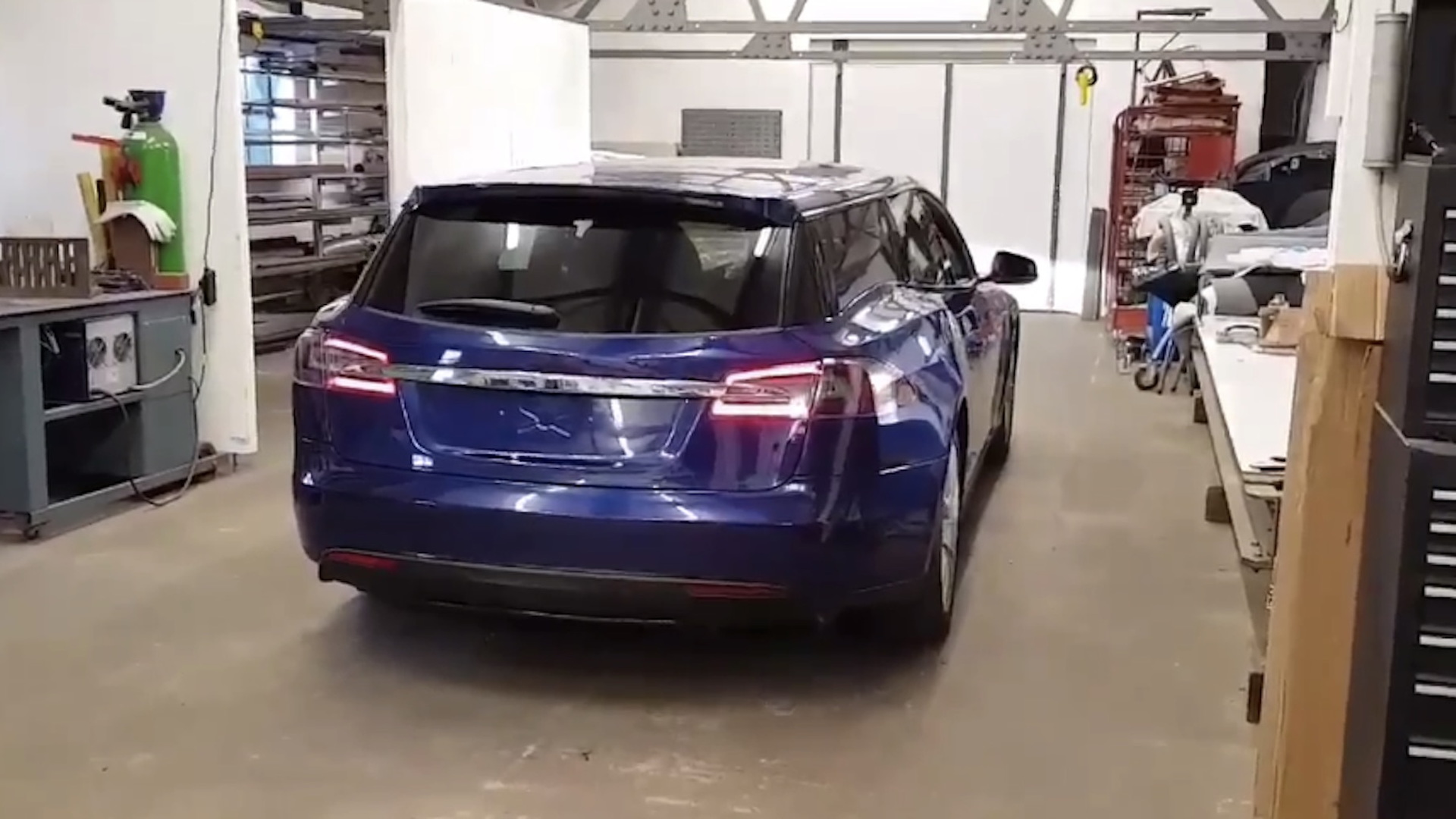 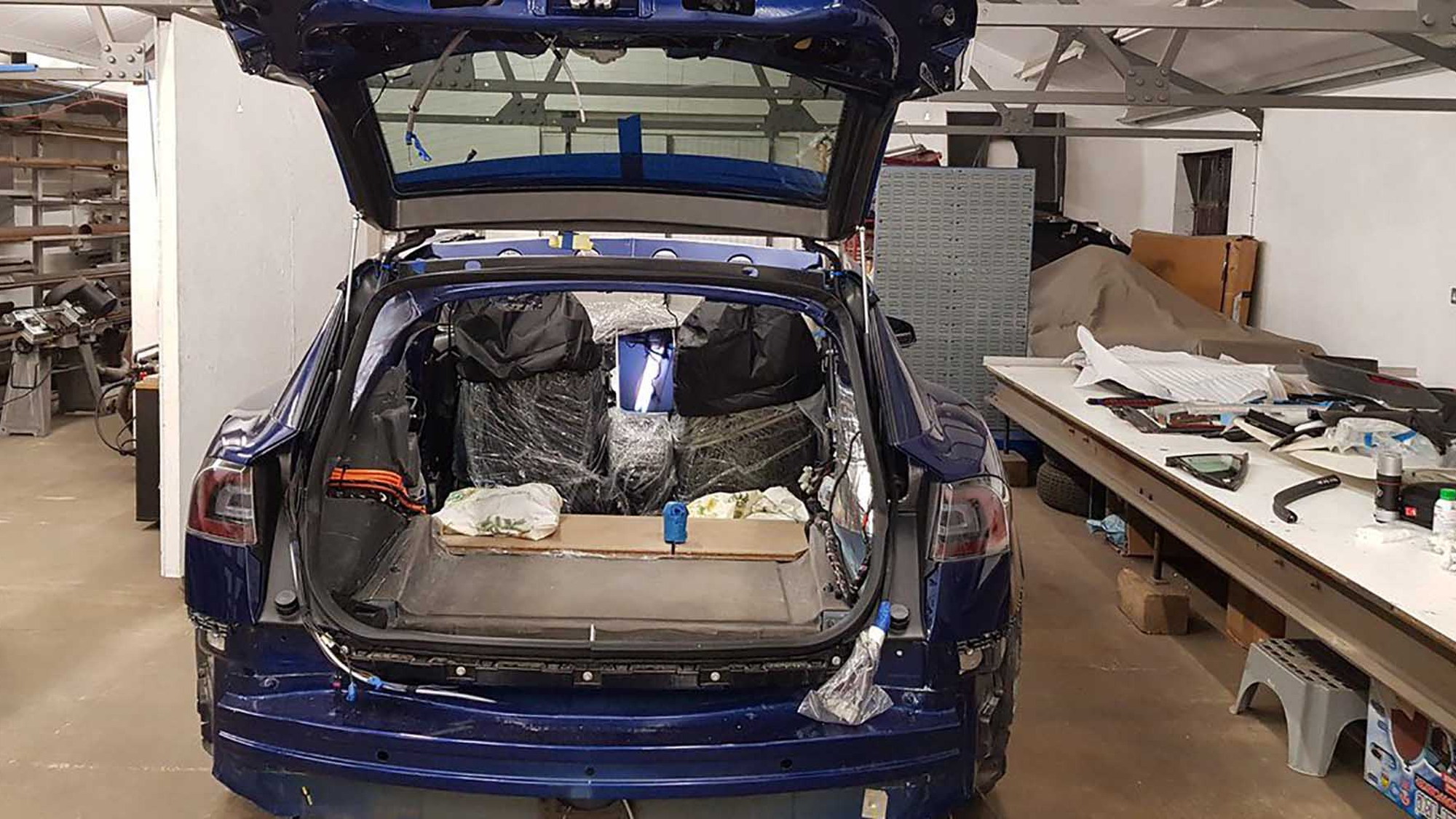 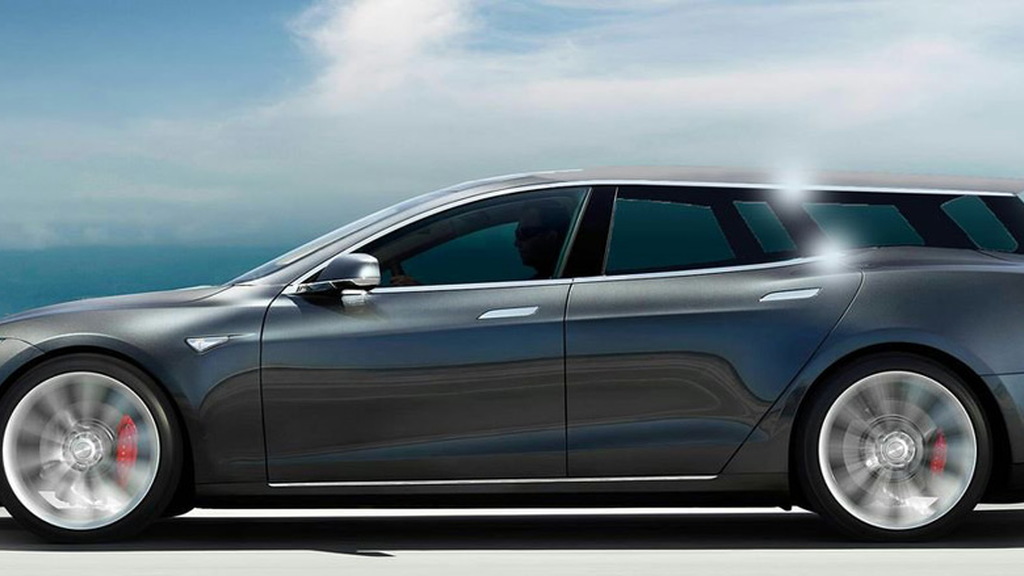 Feast your eyes on the very first Tesla Model S shooting brake. To clear up the confusion, a Dutch firm announced plans for its own shooting brake, due for a March 2018 reveal. This one is different, however.

United Kingdom-based Qwest Norfolk actually beat the Dutch company to the finish line with its own Model S shooting brake, though we must say, it doesn't look nearly as sexy as the Dutch firm's sketches. Still, it is a proper shooting brake with maximum cargo capacity. The idea came about after one of the company's founders wanted greater practicality in his Model S, namely to fit his dogs. Thus, the Model S shooting brake was born.

The company added the vehicle is the "world’s first and quickest EV Shooting Brake," with a tall roof and a bulkier rear end than we're used to. Bulky it may look, though it's not heavy. Qwest said the entire shell is made from carbon fiber, which it then bonds to the Model S's original aluminum body. The company then installed rear quarter glass and a rear window, while the shell itself is color-matched to the donor car's body.

We don't have an answer to the biggest question, however: how much extra cargo space does it add? Qwest didn't divulge the figure, but we're sure we'll see more of the car soon. Now, we can't wait to see what the Dutch firm comes up with. And we wouldn't say no to a factory-built Model S wagon, either.