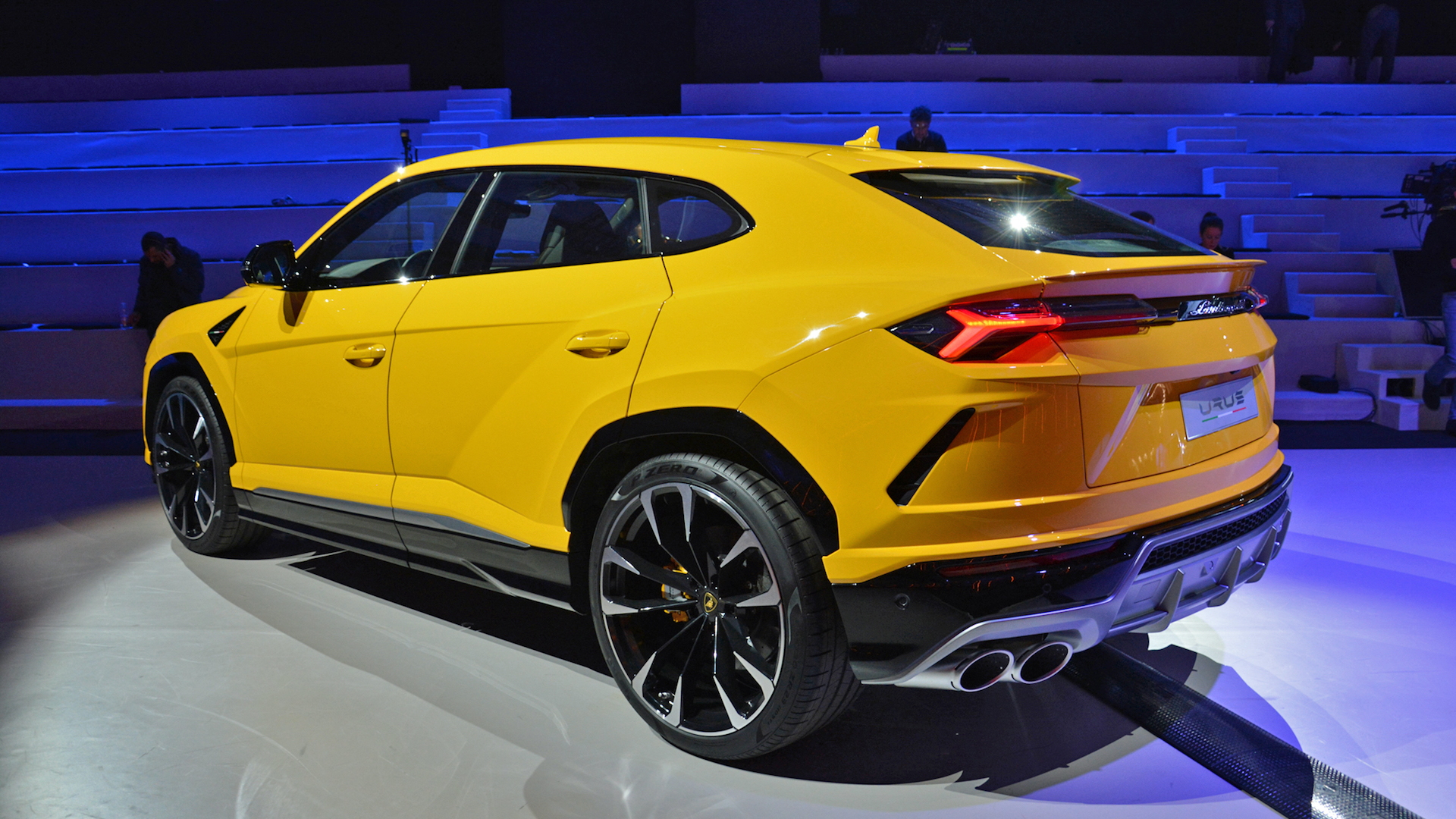 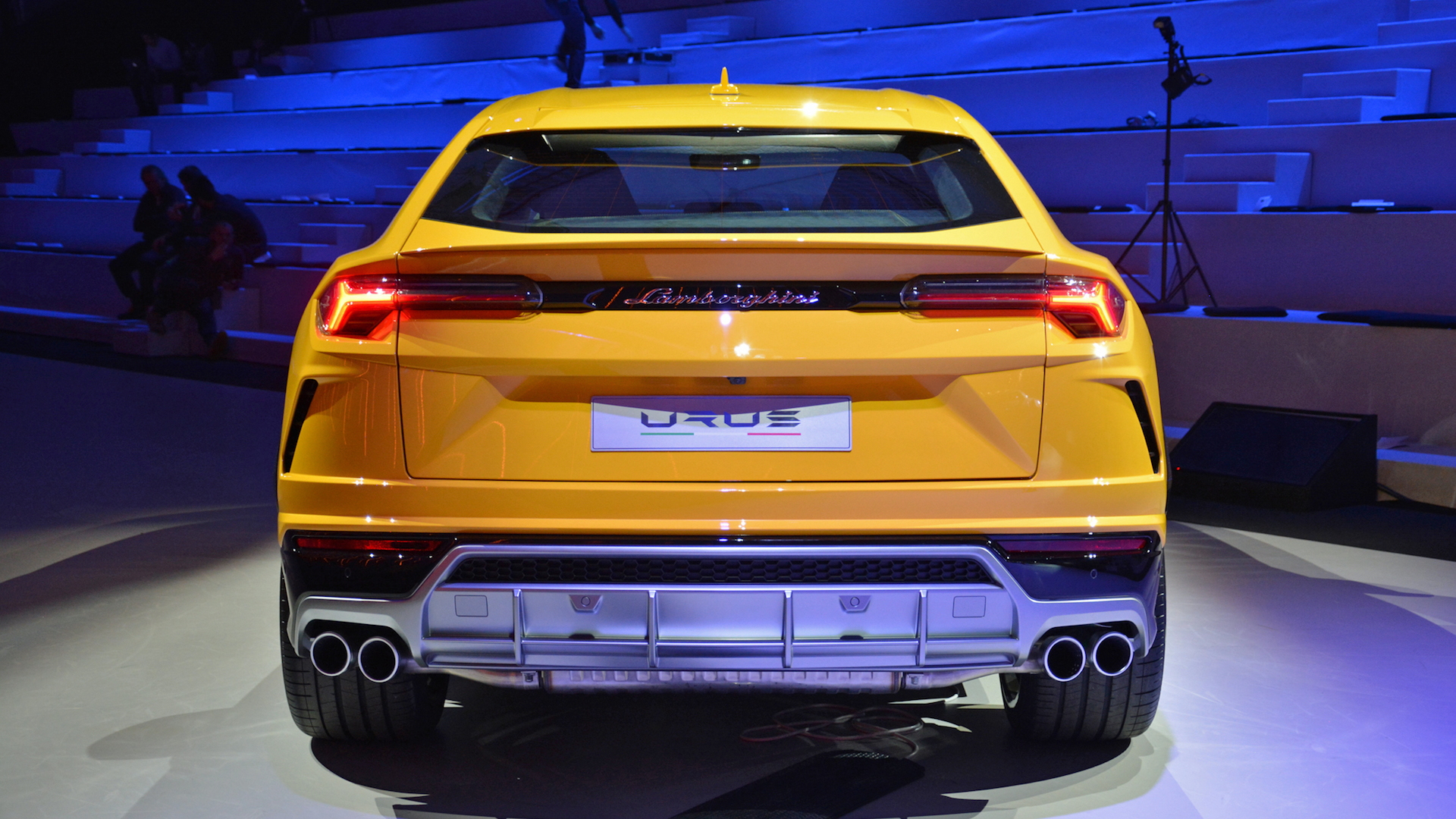 Lamborghini on Monday unveiled its first SUV since the famous LM002 “Rambo Lambo” of the 1980s.

The modern SUV is the long-awaited Urus, a vehicle first hinted at by a concept of the same name unveiled at the 2012 Beijing auto show.

The production Urus looks almost as good as the striking concept and is unmistakably a Lamborghini. It even has the typical two-thirds body, one-third window ratio of the marque’s supercars.

There are also some cues from historic Lamborghini models. For example, the character line along with the angular windows and diagonal lines on the hood and rear glass echo those of the Countach, while the hexagonal wheel arches come from the LM002. The wheel sizes range from 21 to 23 inches, and Lamborghini will offer them with specially developed Pirelli tires.

Inside the 5-seat cabin, the Urus features a center stack with angular design, plus a chunky flat-bottom steering wheel that hovers in front of a low-seated driver.  The starter button is located in the typical Lambo position: under a red cover at the base of the center stack. The shifter is located just in front of the starter button and the driving modes selector is off to the left of it. Speaking of the modes selector, the driver has the usual Strada, Sport and Corsa modes to choose from, though this being an SUV Lamborghini has also introduced some new off-road-focused modes. These include Terra (dirt), Sabbia (sand) and Neve (snow).

Under the hood is a 4.0-liter twin-turbocharged V-8 that delivers 650 horsepower and 627 pound-feet of torque. One of the primary reasons for going with a turbocharged engine is low-end grunt. This, says Lamborghini, was necessary for getting a bigger, heavier vehicle like an SUV off the line as quickly as one of the marque’s supercars. The low-end grunt will also prove handy in off-road situations, should an Urus owner actually choose to go off-road.

Carbon-ceramic brakes, adaptive air suspension, active roll stabilization, and 4-wheel steering are also part of the package. No wonder Lamborghini expects the Urus to be the fastest SUV around the Nürburgring. The time to beat is the 7:51.7 set by the Alfa Romeo Stelvio Quadrifoglio in September.

About a year after launch, expect the Urus to receive a plug-in hybrid option pairing the V-8 with an electric motor. A similar setup features in the Porsche Panamera Turbo S E-Hybrid, where it delivers 680 hp.

Production of the Urus is being handled at Lamborghini’s plant Sant'Agata Bolognese, Italy, and the first examples will arrive next year.

Pricing is expected to start below $200,000, making it the entry-level model for Lamborghini. No surprise then that Lamborghini is expecting around 3,500 annual sales, equal to the combined sales of its Huracán and Aventador in 2016.