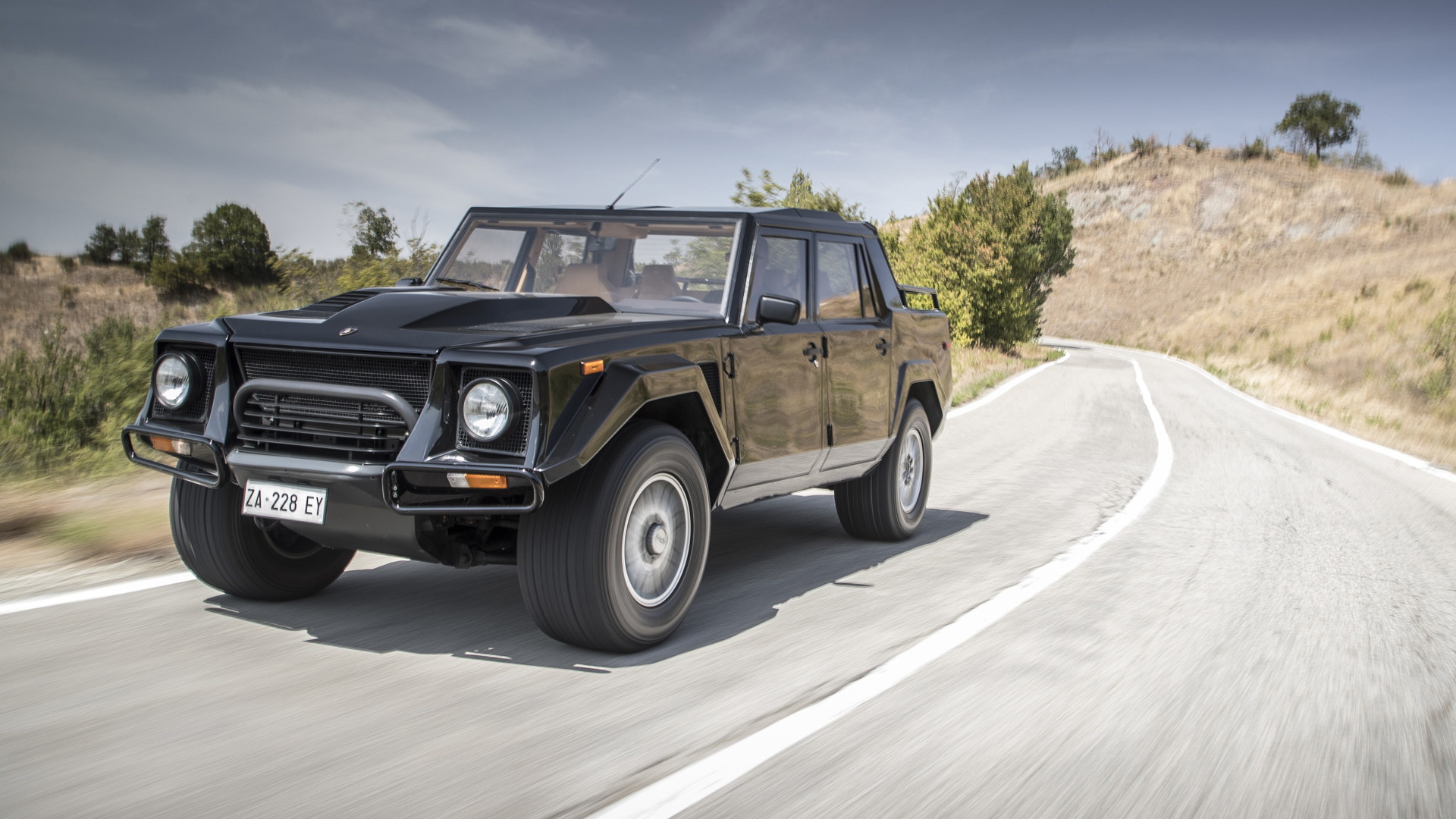 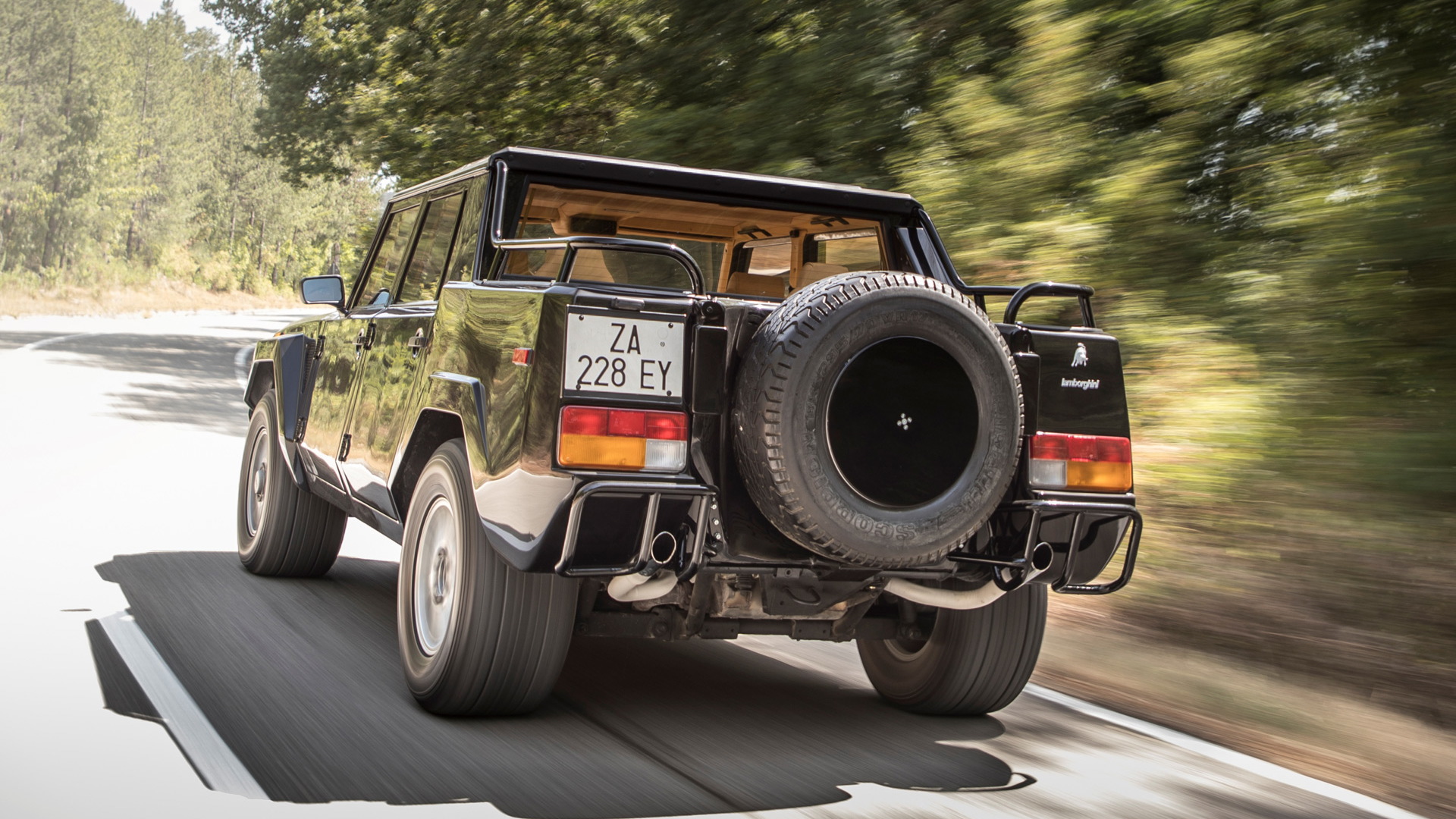 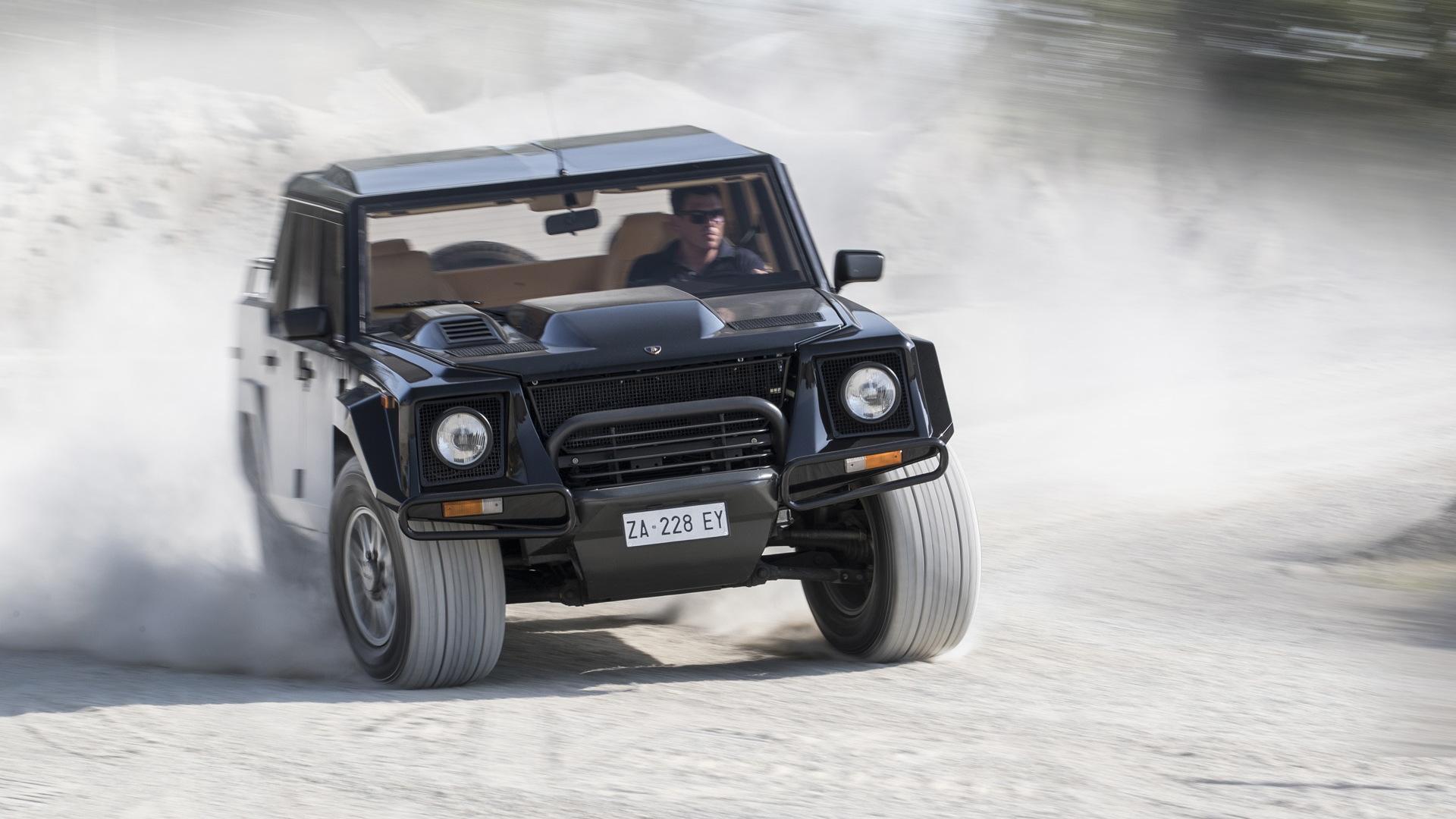 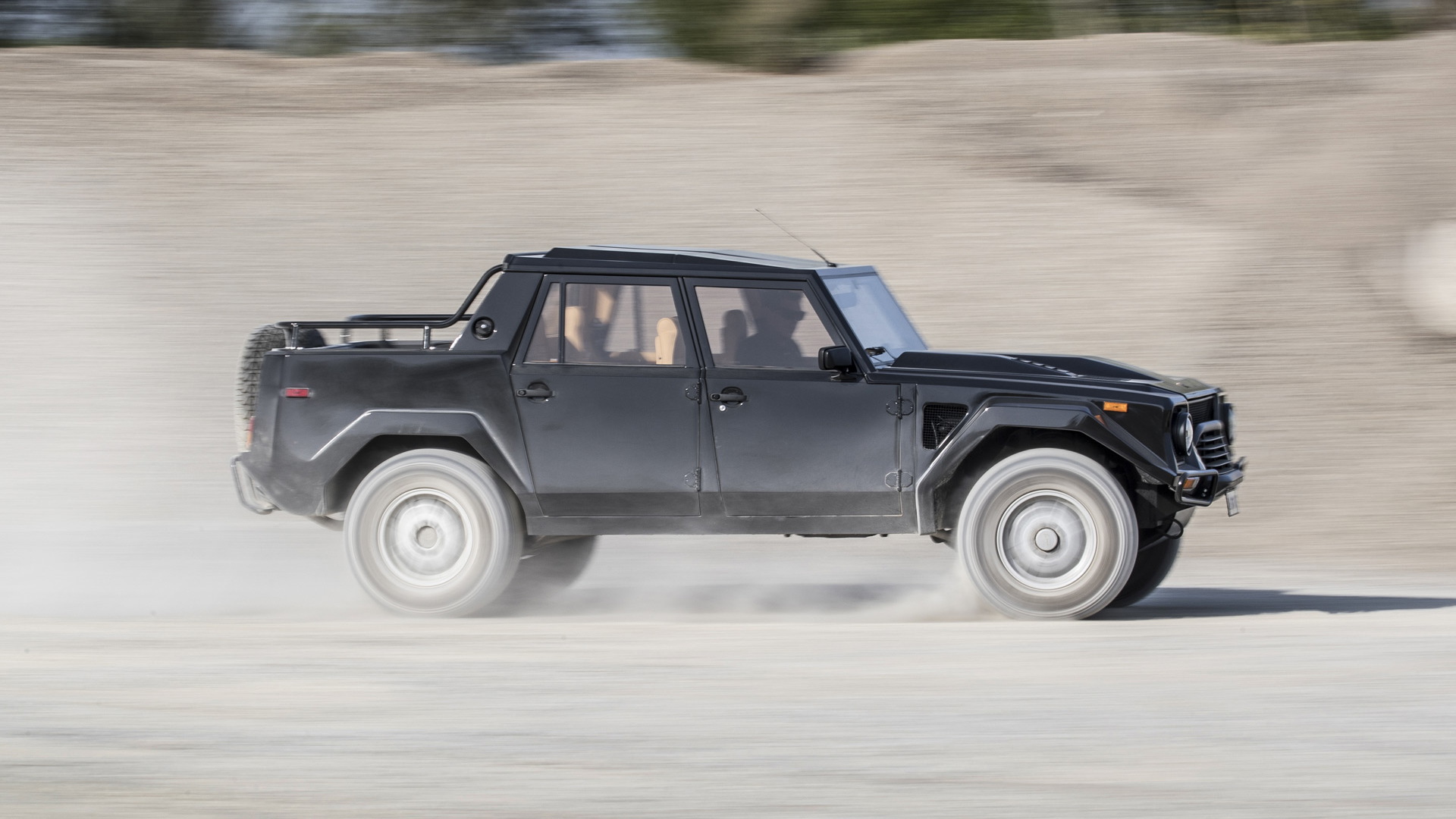 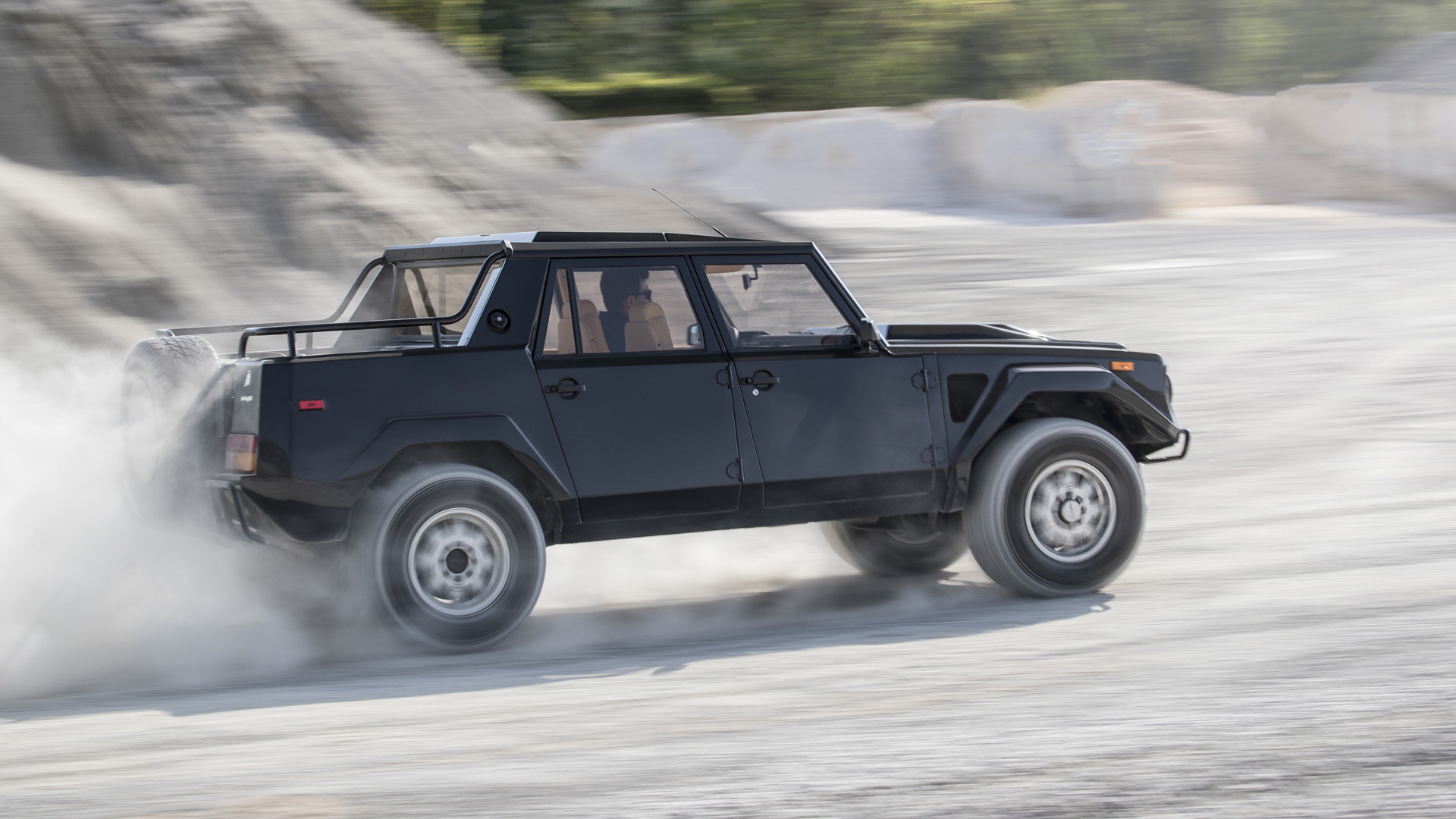 Lamborghini is set to unveil the Urus SUV on December 4, but the vehicle is by no means the supercar marque’s first off-roader.

Lamborghini was a pioneer when it comes to high-performance SUVs, though it never enjoyed the success of Porsche with the Cayenne.

Lamborghini’s first SUV was the LM002 which was in production between 1986 and 1992. The vehicle garnered the nickname the “Rambo Lambo,” not only because of its macho styling and go-anywhere capability, but also because it was born out of the need for a military SUV, much like the more famous Hummer H1.

Almost a decade before the LM002 entered production, Lamborghini produced an SUV called the Cheetah in an attempt to get a contract from the United States military. It was underpowered and suffered from poor handling, later determined to be because of its rear-mounted engine, in this case a 190-horsepower Chrysler V-8. Understandably the military wasn’t interested; they instead went with the superior Humvee.

Lamborghini never gave up on the concept of a high-performance SUV and instead looked to build a civilian version of the Cheetah. In 1981, Lamborghini presented the LM001 prototype at the Geneva Motor Show. It still suffered the shortcomings of the Cheetah, such as the poor handling and performance, so, under the guidance of engineer Giulio Alfieri, the engine positioning was moved to the front and a more powerful V-12 borrowed from the Countach supercar was installed.

The resulting vehicle, dubbed the LMA002, showed the changes had worked, so after an extensive testing period, it was put into production as the LM002. Upon its debut at the 1986 Brussels Motor Show, the vehicle attracted significant attention. After all, there was nothing else like it on the market, an off-roader with the performance to match a supercar.

In an aluminum and fiberglass body, with 4-wheel drive, a transfer case and three self-locking differentials, the LM002 could exceed gradients of 120 percent. And with its V-12 putting out around 375 horsepower, the vehicle could reach speeds in excess of 124 mph. Pirelli had to specially develop a set of tires that were not only durable but could also allow the vehicle to perform on soft surfaces such as sand.

The production of the body was handled at a factory in Spain. Then the semi-assembled shell was shipped to Lamborghini’s plant in Sant’Agata Bolognese for completion with the powertrain, mechanical parts, finishing, testing and delivery. A luxurious interior matching the individual needs of the customer completed the LM002.

Unfortunately, the market simply wasn’t ready for the LM002, as just over 300 were built. After production ceased in 1992, it would be two decades until the world would again see an SUV bearing the raging bull logo, in this case the Urus concept which debuted at the 2012 Beijing Auto Show.