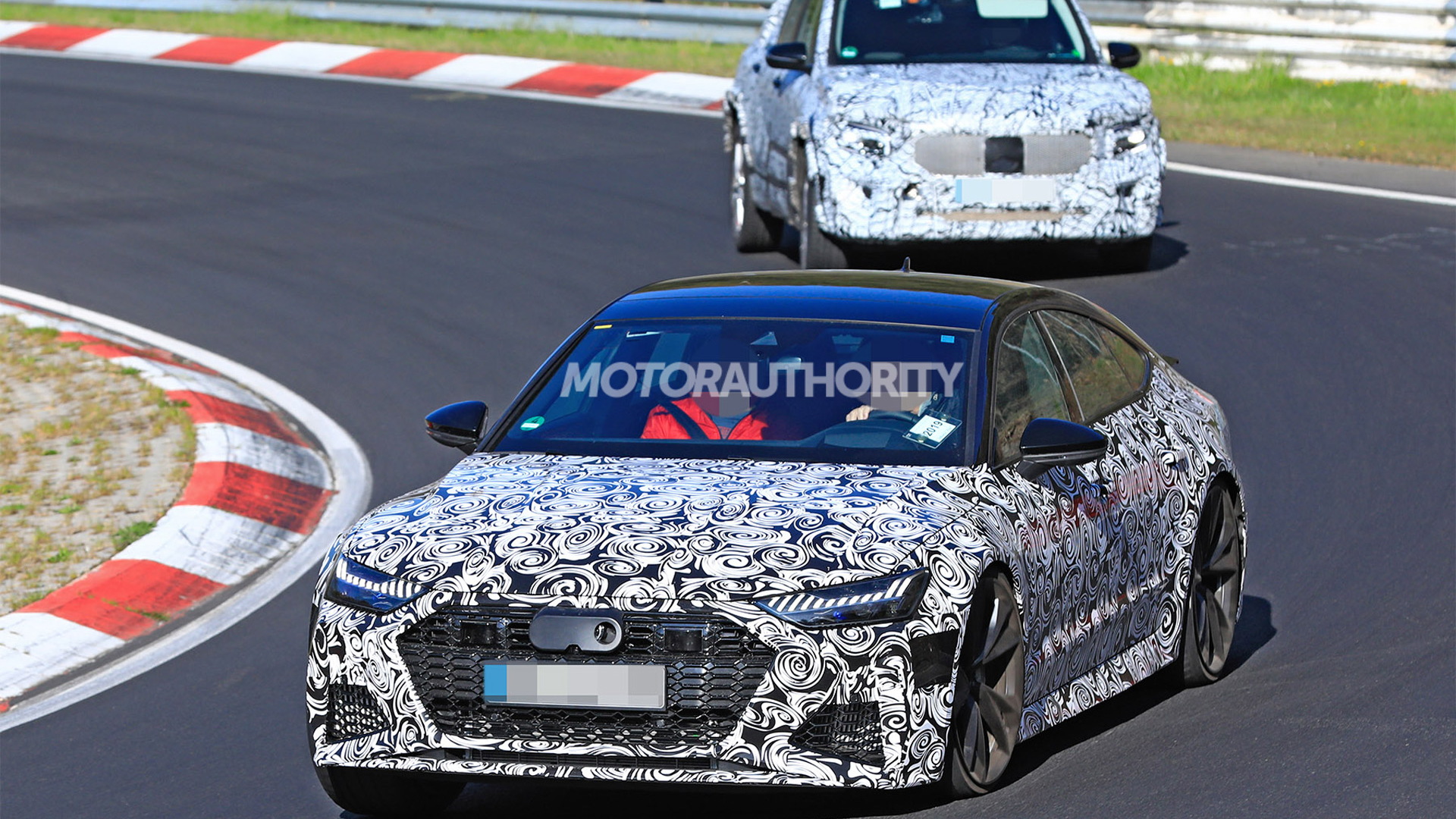 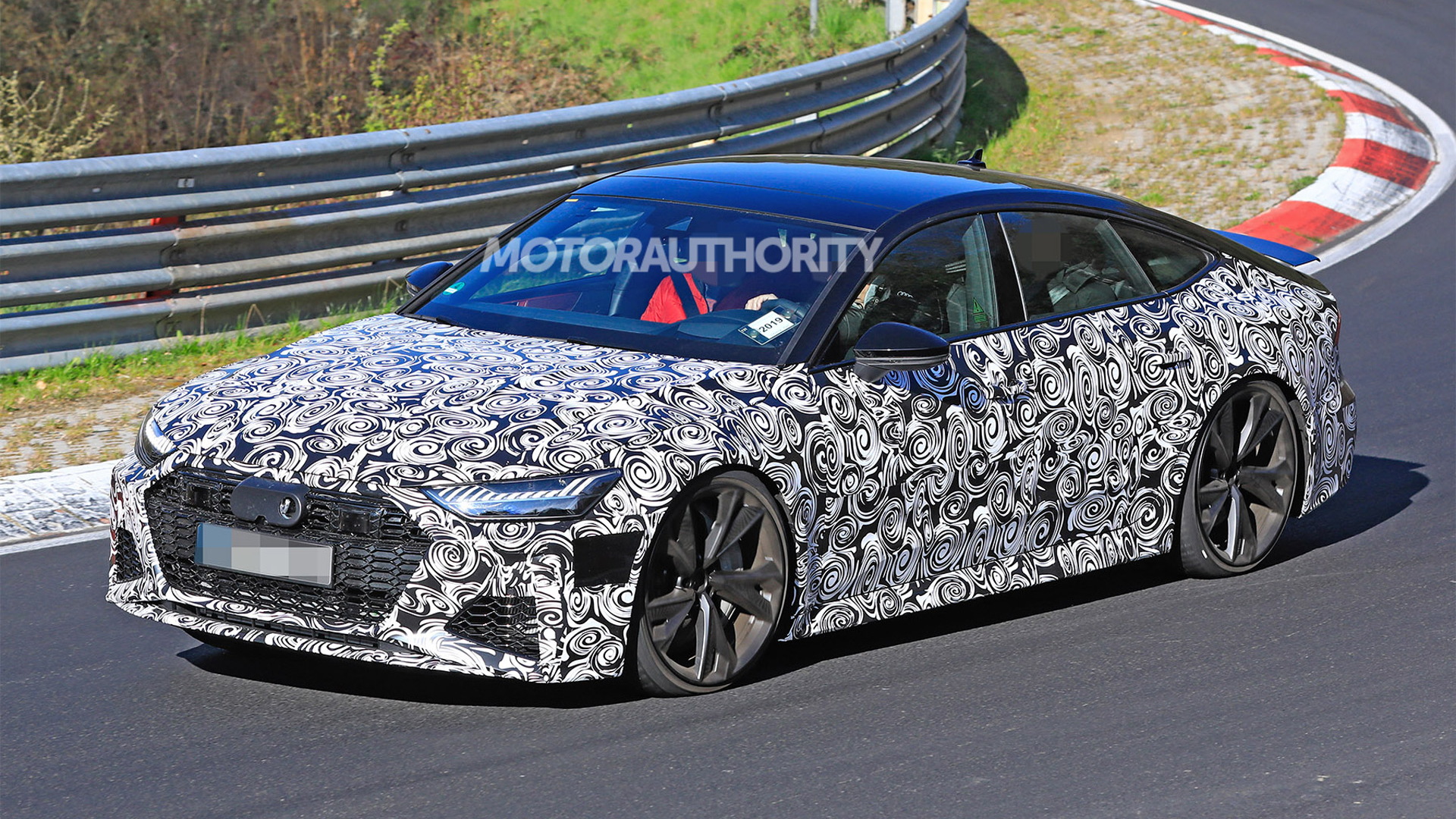 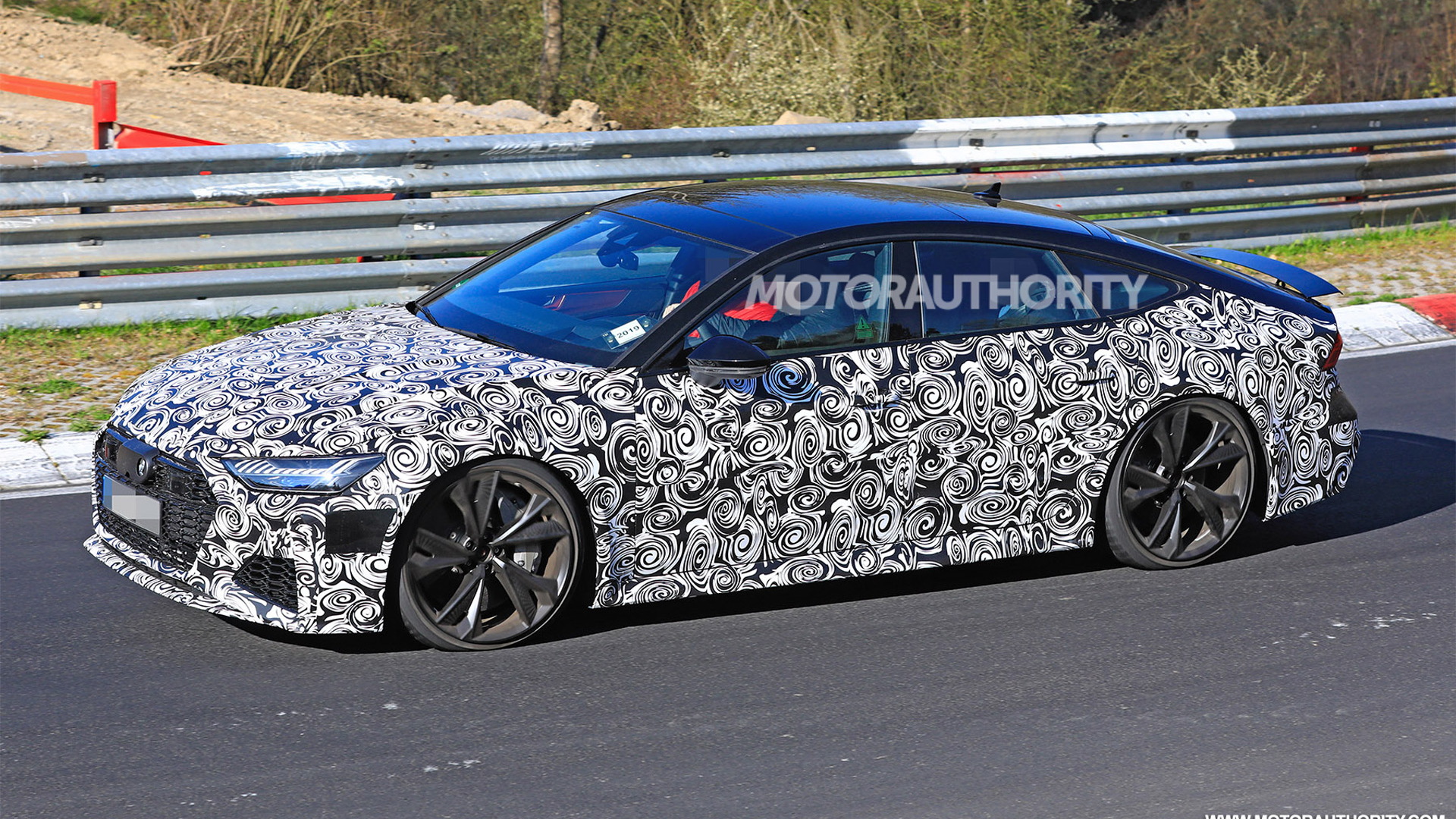 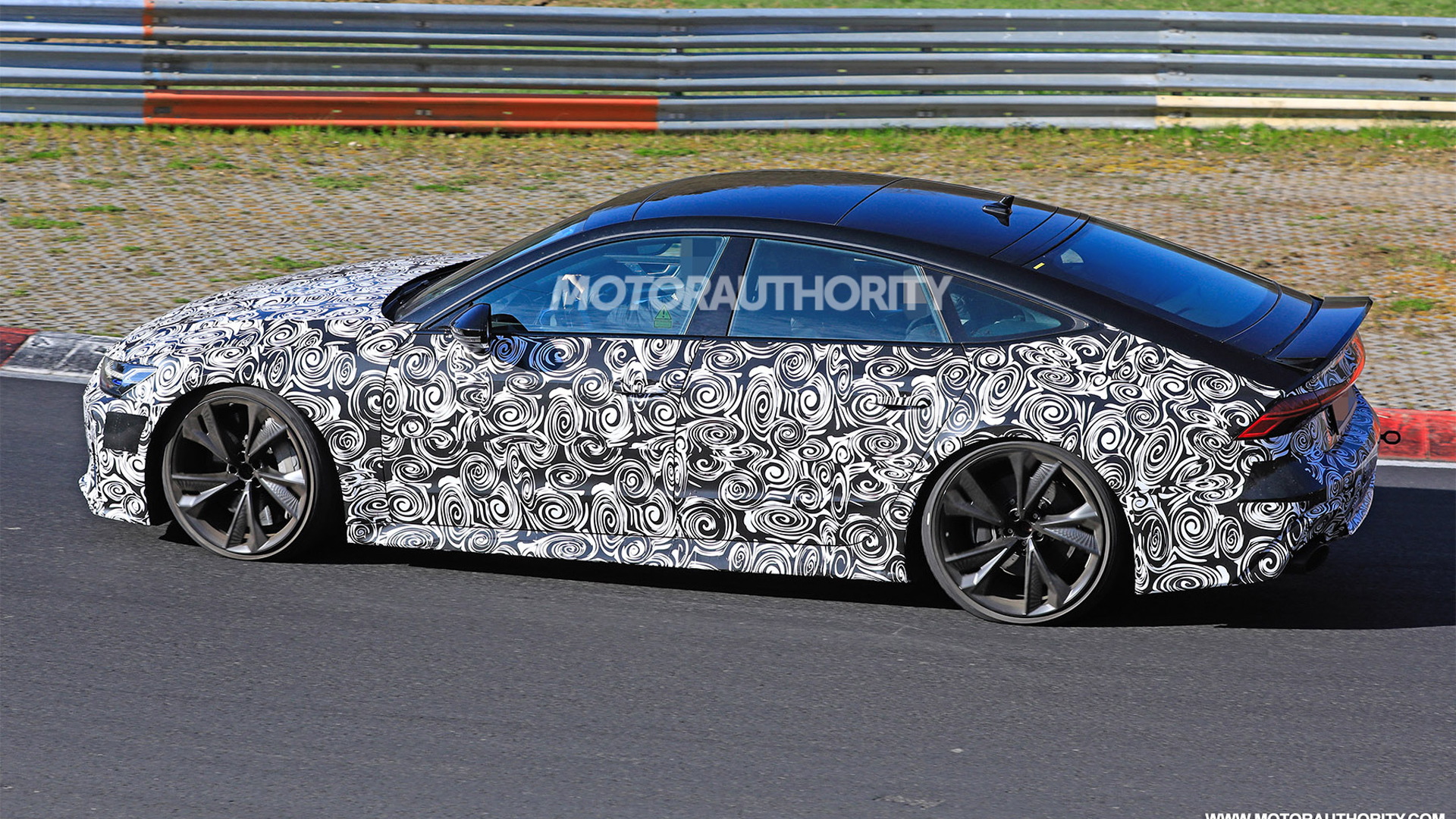 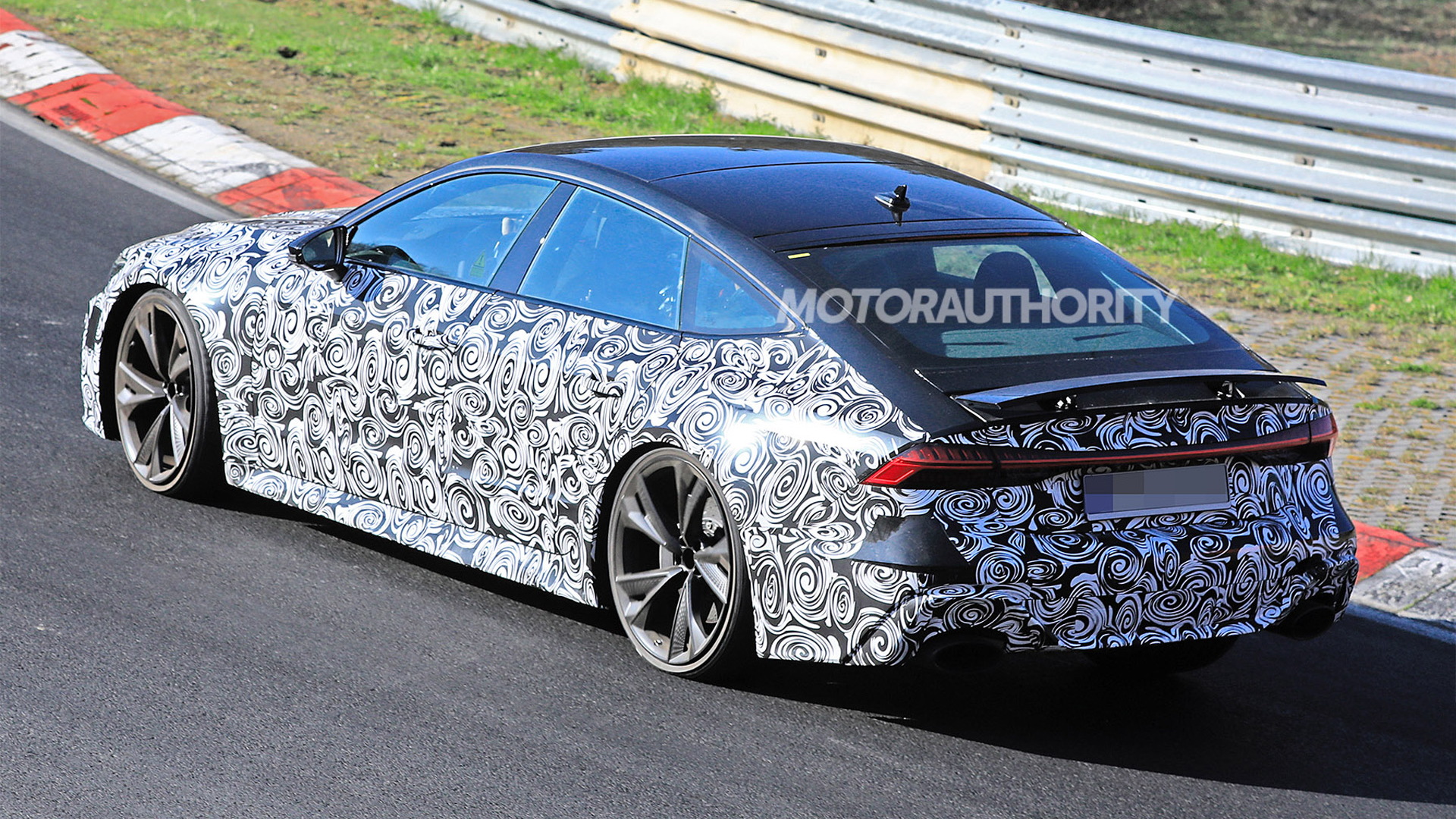 A prototype for the Audi Sport version of the recently launched second-generation A7 Sportback has been spotted.

Yes, you’re looking at the gestation of a new RS 7 sledgehammer.

The current model is one of the most potent 4-doors on the market and this new one's set to lift the bar even higher.

Naturally, the RS 7 Sportback closely resembles the A7 Sportback on which it is based. There are some subtle differences, however. For example, the fender extensions are necessary for a widened track. The tester is also wearing the aggresive front fascia destined for the production model.

We can also see the tester is wearing huge wheels. You’ll notice they barely fit the wheel arches. And inside each is housed some massive brake rotors.

The final clue this is the RS 7 Sportback is the signature Audi Sport-style oval exhaust tips at the rear.

As with the current RS 7, the new one should be offered in standard and RS 7 Performance guises. The standard model is expected to come with 650 horsepower, up from 605 hp in the current car. This will be generated by the Volkswagen Group’s latest 4.0-liter twin-turbocharged V-8.

For the RS 7 Performance, it’s thought output could reach as high as 700 hp thanks to the addition of an electric motor. The hybrid setup would essentially be the one in the Porsche Panamera Turbo S E-Hybrid, which in the Porsche produces 680 hp from a 4.0-liter twin-turbo V-8 supplemented by an electric motor that's powered by a 14-kilowatt-hour lithium-ion battery.

The RS 7 Sportback should arrive on the market late this year as a 2020 model. A tamer S7 Sportback has already been introduced for 2020.