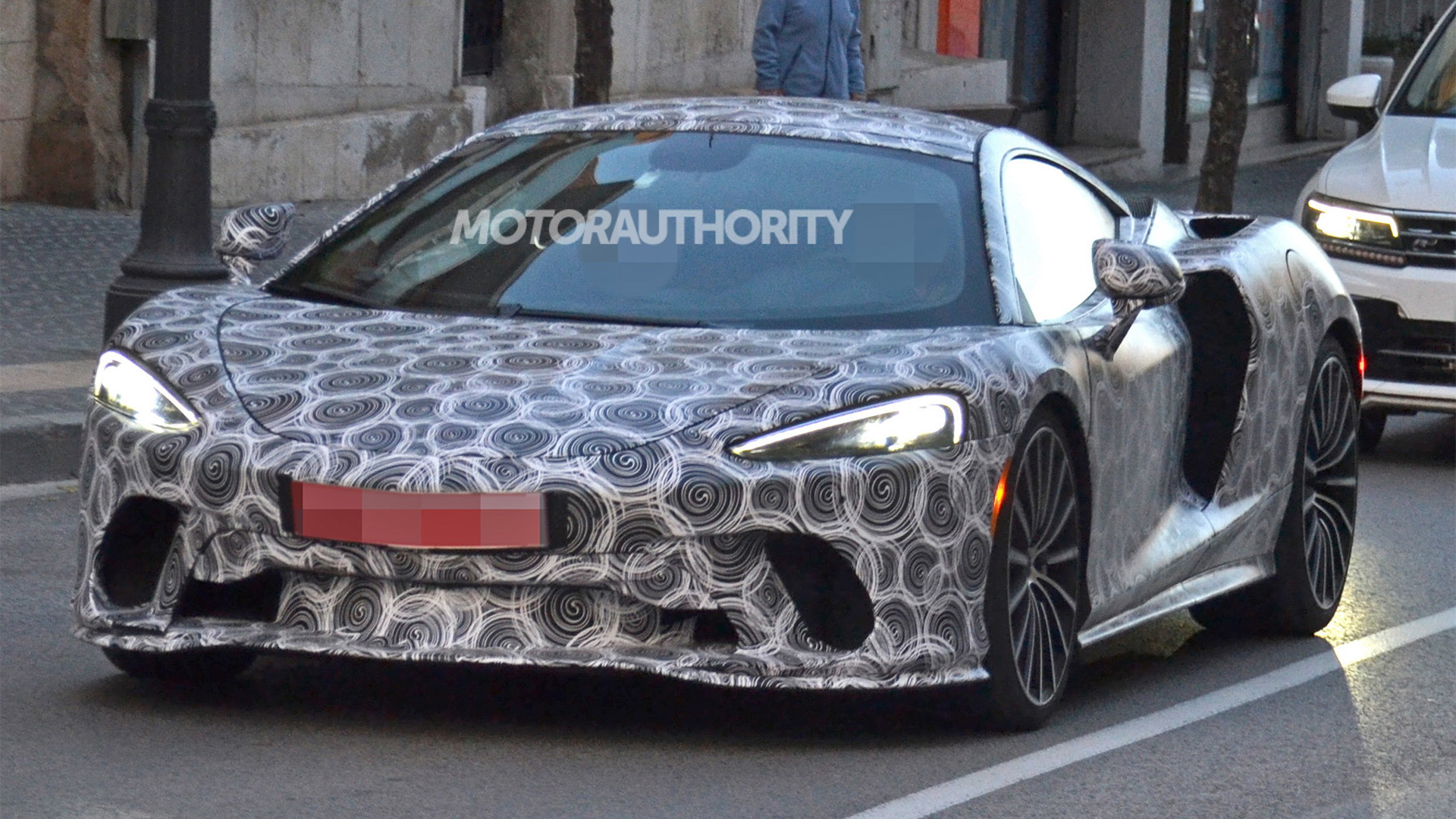 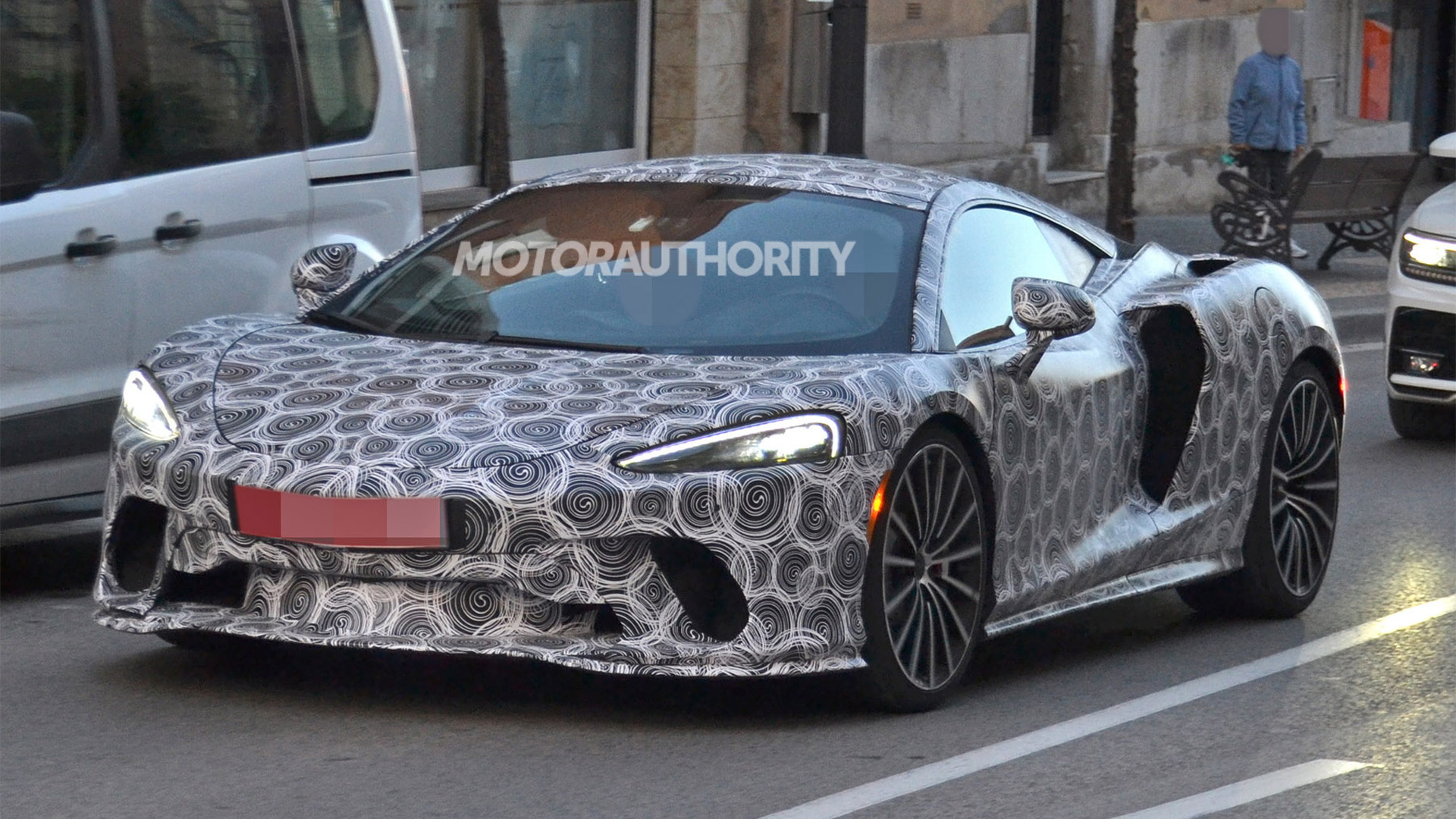 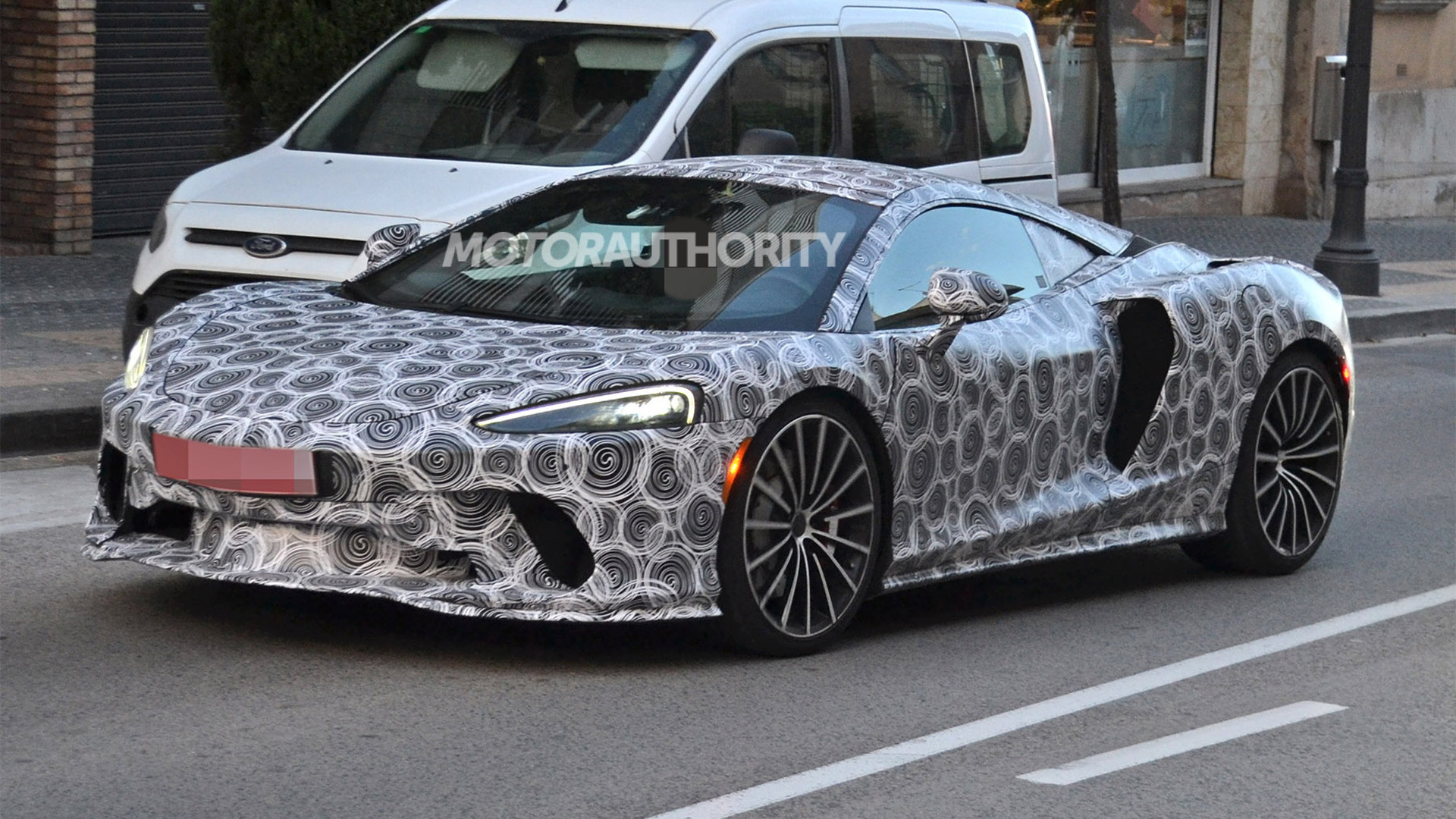 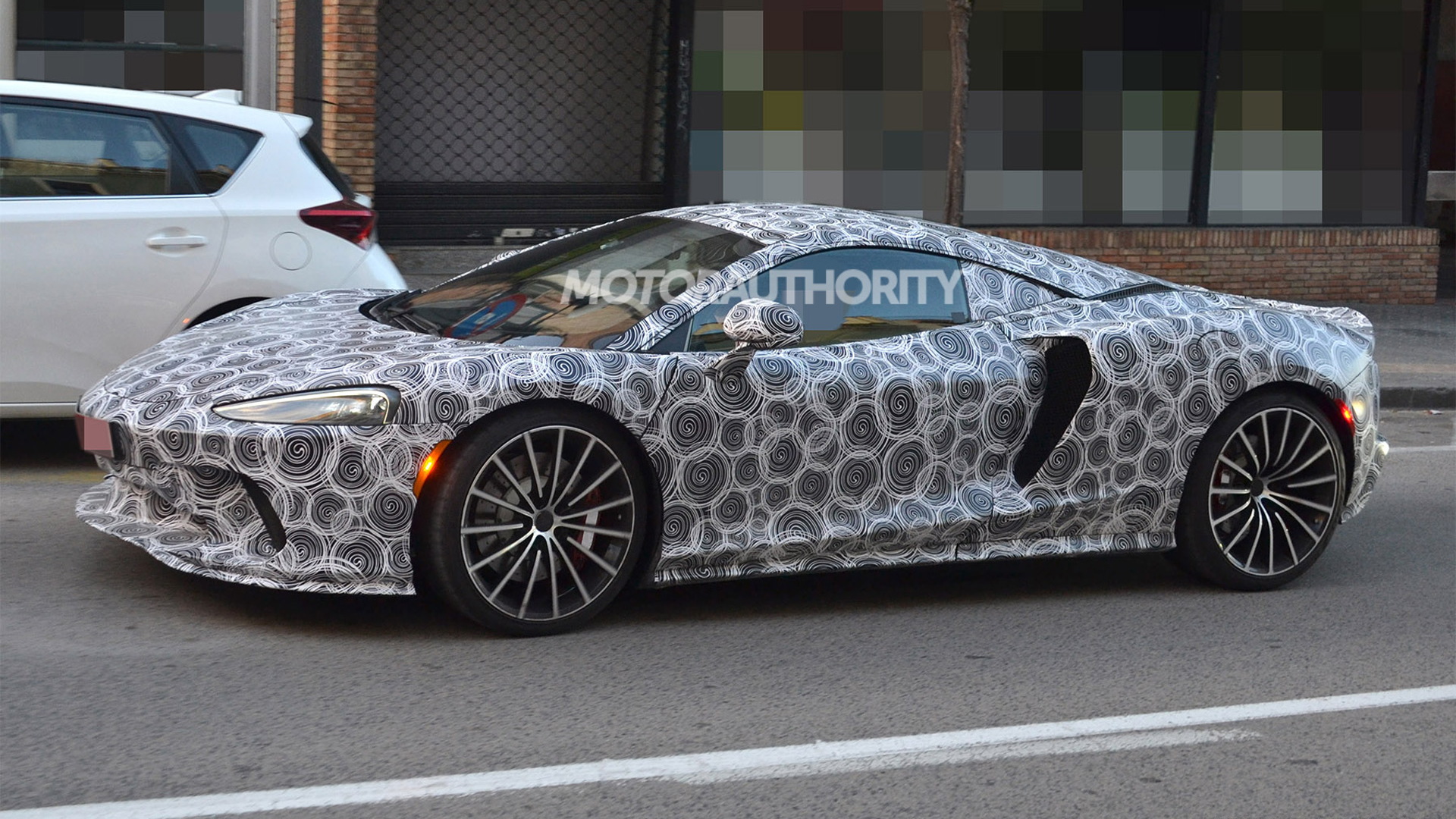 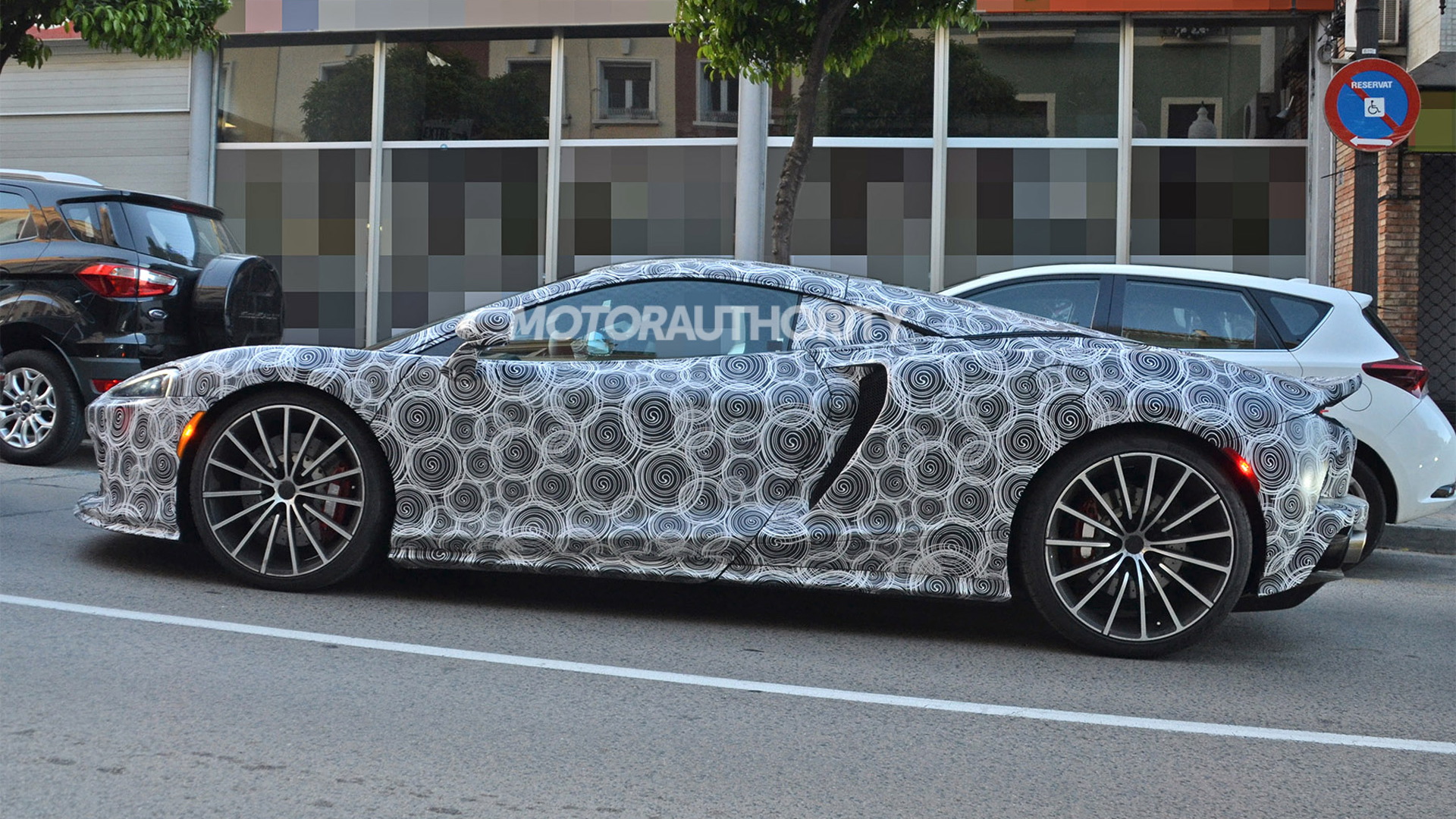 McLaren used the 2019 Geneva International Motor Show to announce plans for a new, more accommodating kind of supercar, and now we have spy shots of a prototype.

The car is being developed as a high-performance grand tourer. It's to serve as a little brother to the Speedtail, McLaren's hyper GT, and will likely share some of the upcoming McLaren flagship's design cues.

With the new photos, we can see a far more relaxed shape overall when comparing it to other recent McLaren models. The front includes new tear-drop-shaped headlights with LEDs, but a familiar look that keeps the design within the McLaren family. At the rear, slim and straight taillights poke through, while we can now spot large dual-exhaust outlets.

McLaren said to expect a mid-engine GT that's comfortable for long journeys, but one that will still retain the company's essential performance DNA.

Power will still come from a twin-turbo V-8 engine, which McLaren promises will award new levels of "agility" in the luxury GT segment. The car should house a few other new features as McLaren rallies around the motif that the GT car will break some established rules.

It looks like the rear windshield will be a liftback of some sort covering a small trunk located above the engine bay. As part of the development, McLaren is currently conducting a 1,000-mile road trip from Spain to the United Kingdom. The purpose of the trip is to ensure the car is up for the task of cross-country drives with a full set of luggage onboard. Comfort and refinement will be of utmost importance, per McLaren.

The new McLaren GT will not slot into any of the brand's current series and will be a standalone car, according to the company.

We won't have to wait long for the reveal as the covers are coming off in May. This means we'll likely see it arrive in dealerships as a 2020 model.

Note, this won't be McLaren's first GT car of the modern era. Previously, the automaker applied the GT strategy to the 570 nameplate to create a more comfortable and user-friendly sports car; it also had space for luggage in the trunk.