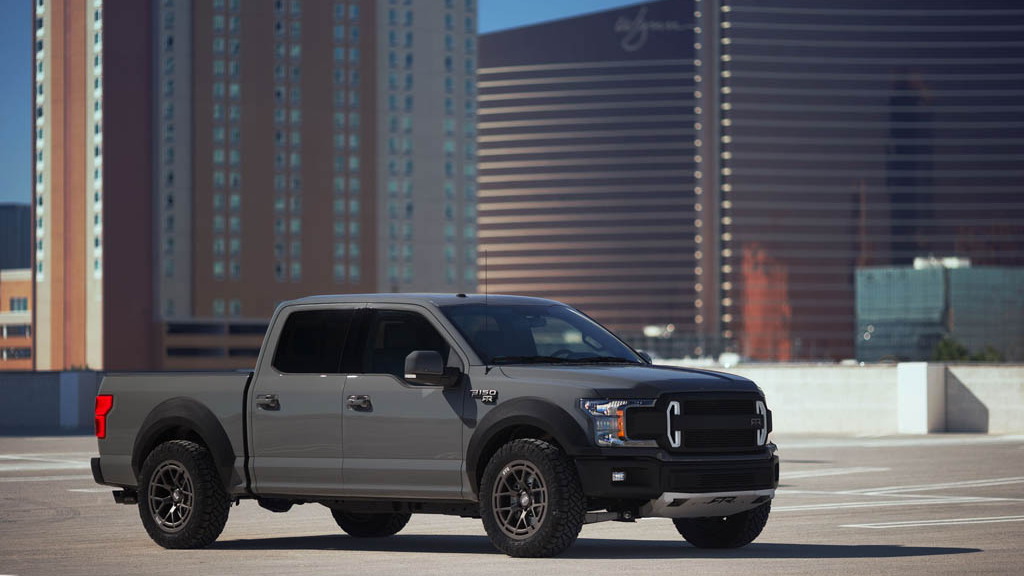 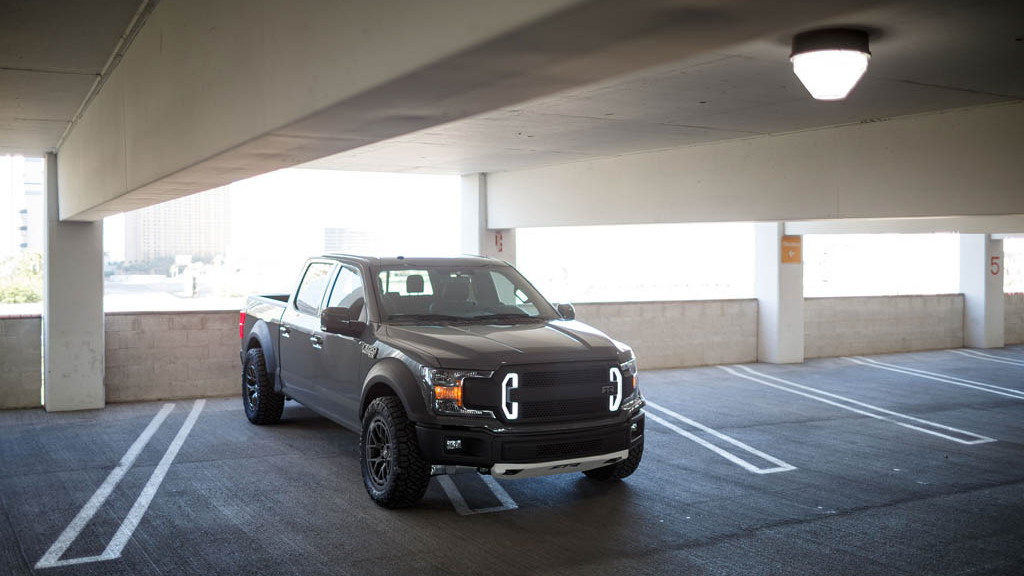 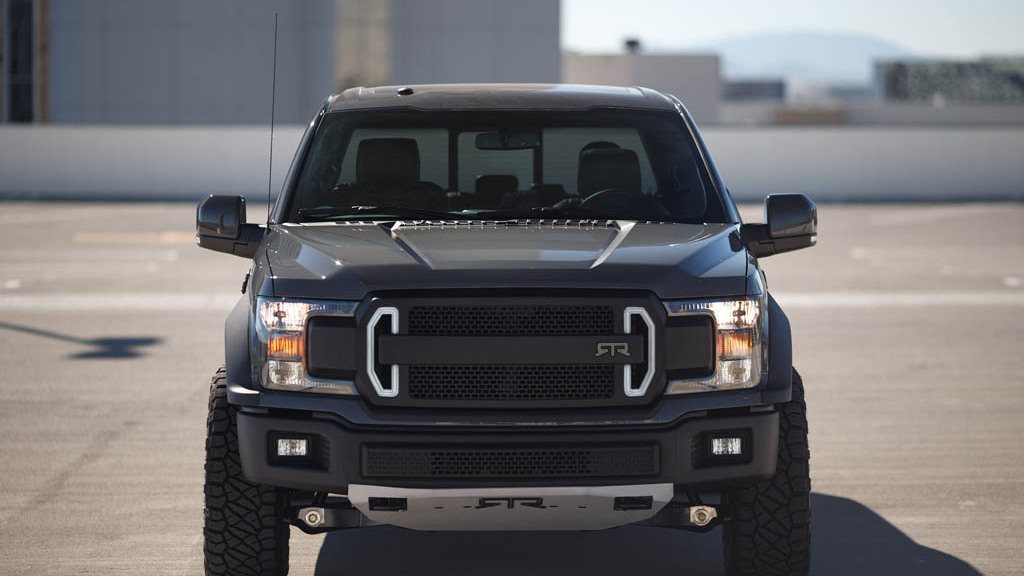 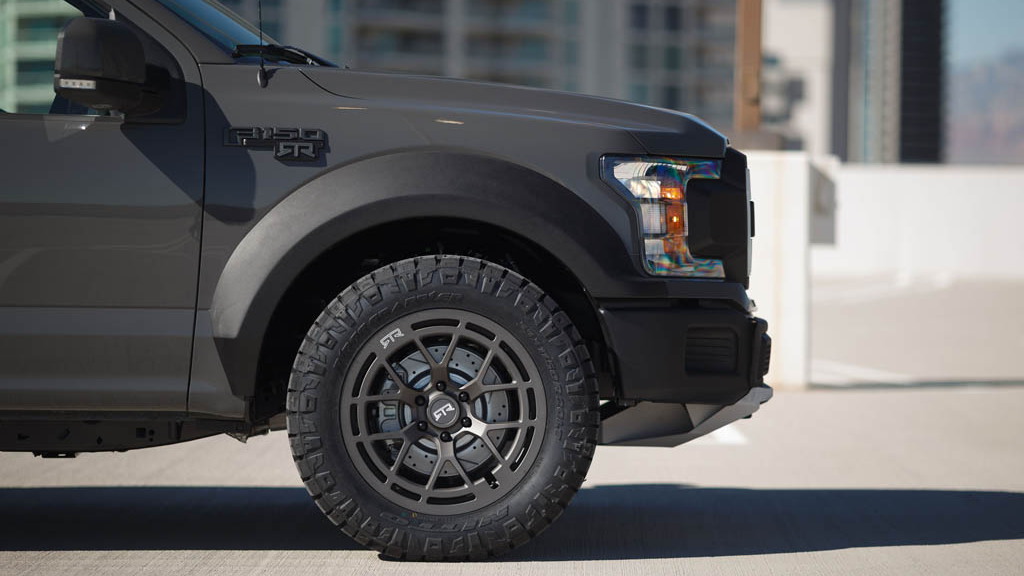 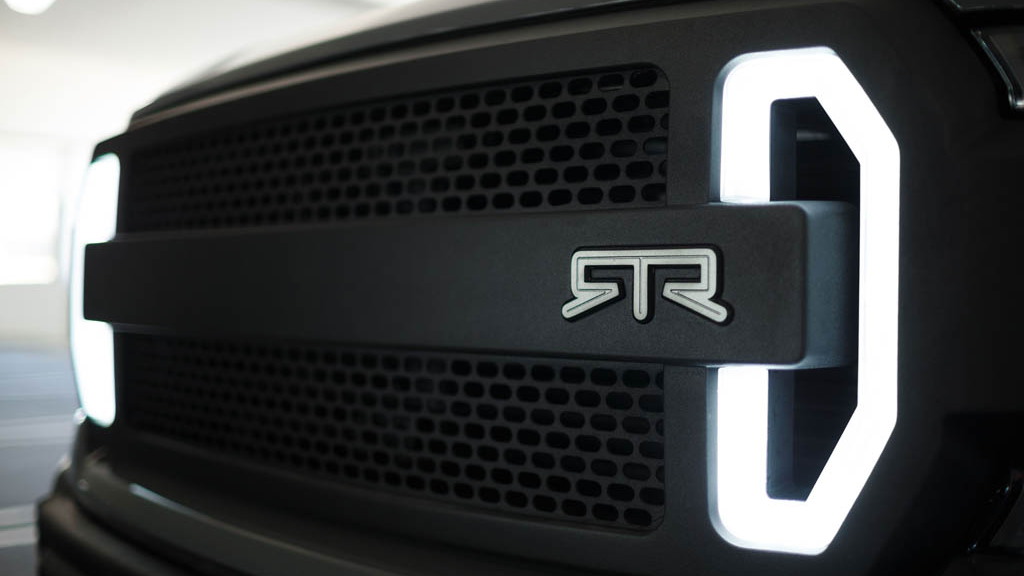 Anyone lamenting Ford’s decision to go with a turbocharged V-6 in the latest Raptor can look forward to a V-8-powered F-150 from RTR.

RTR, an acronym for “Ready to Rock,” is a semi-official performance division created by Ford in partnership with world champion drifter Vaughn Gittin Jr. It offers a number of dealer-installed performance packs, the latest being the RTR Spec 3 pack for the Mustang GT.

So far the division has only dabbled with the Mustang, Gittin Jr.’s choice of ride in drift battles, but on Tuesday at the SEMA show it showed an F-150-based vehicle called the F-150 RTR. The truck, which at this point is still a concept, is based on a 2018 Ford F-150 4x4 Lariat SuperCrew and is said to be delivering in excess of 600 horsepower.

RTR is light on details but says the powertrain features a supercharger and Magna Flow exhaust system. The transmission is the F-150’s 10-speed automatic.

Together with the pumped fenders and custom grille, the mods help lend the truck a low, wide and aggressive stance that isn’t flashy but still makes a clear statement. The interior has been dressed by the folks at Katzkin and features a dash plaque bearing the signature of Gittin Jr.

No word yet on when the F-150-based performance pack will be released and how much it will cost. Hopefully we find out soon as this is one awesome truck.