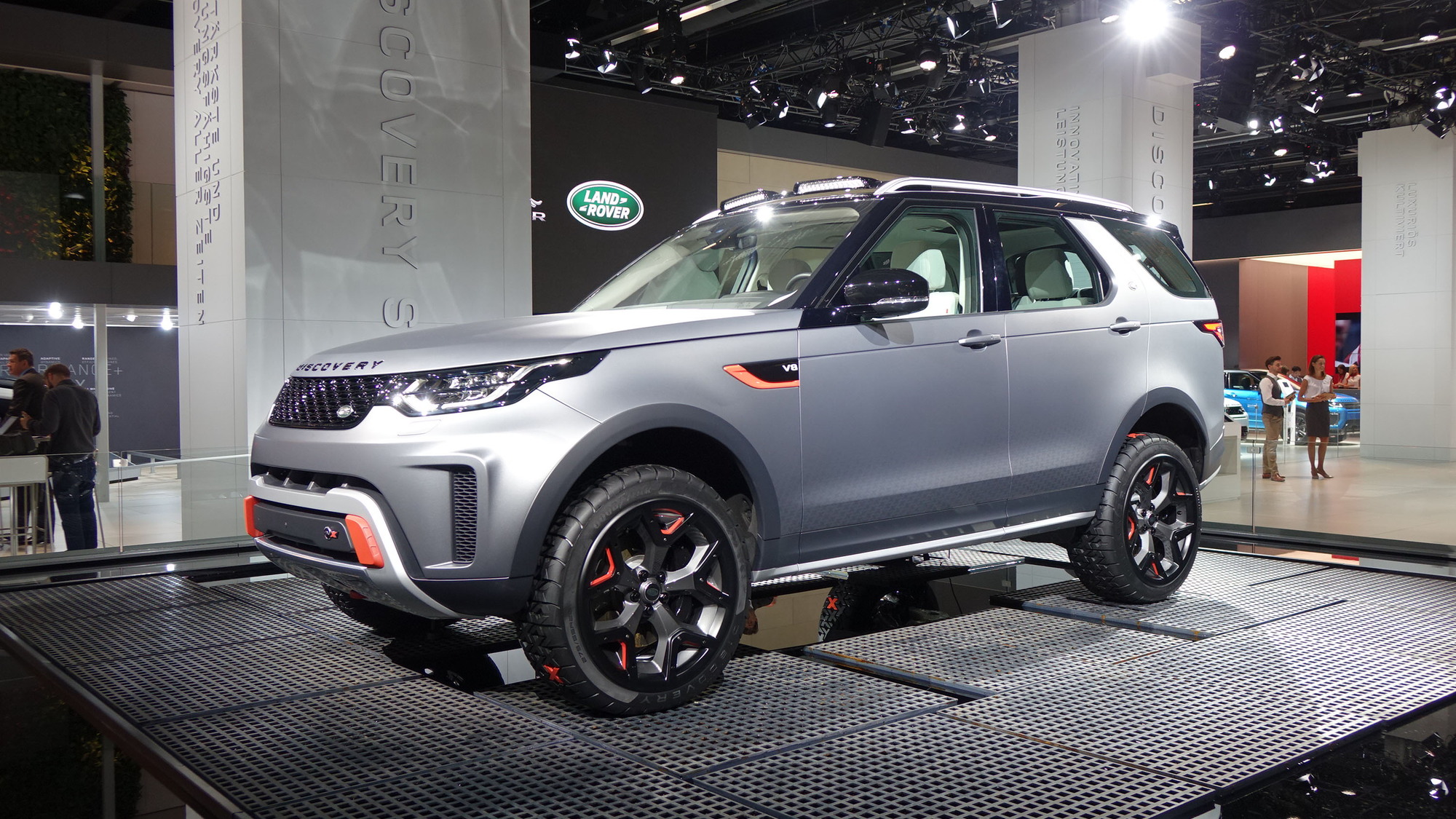 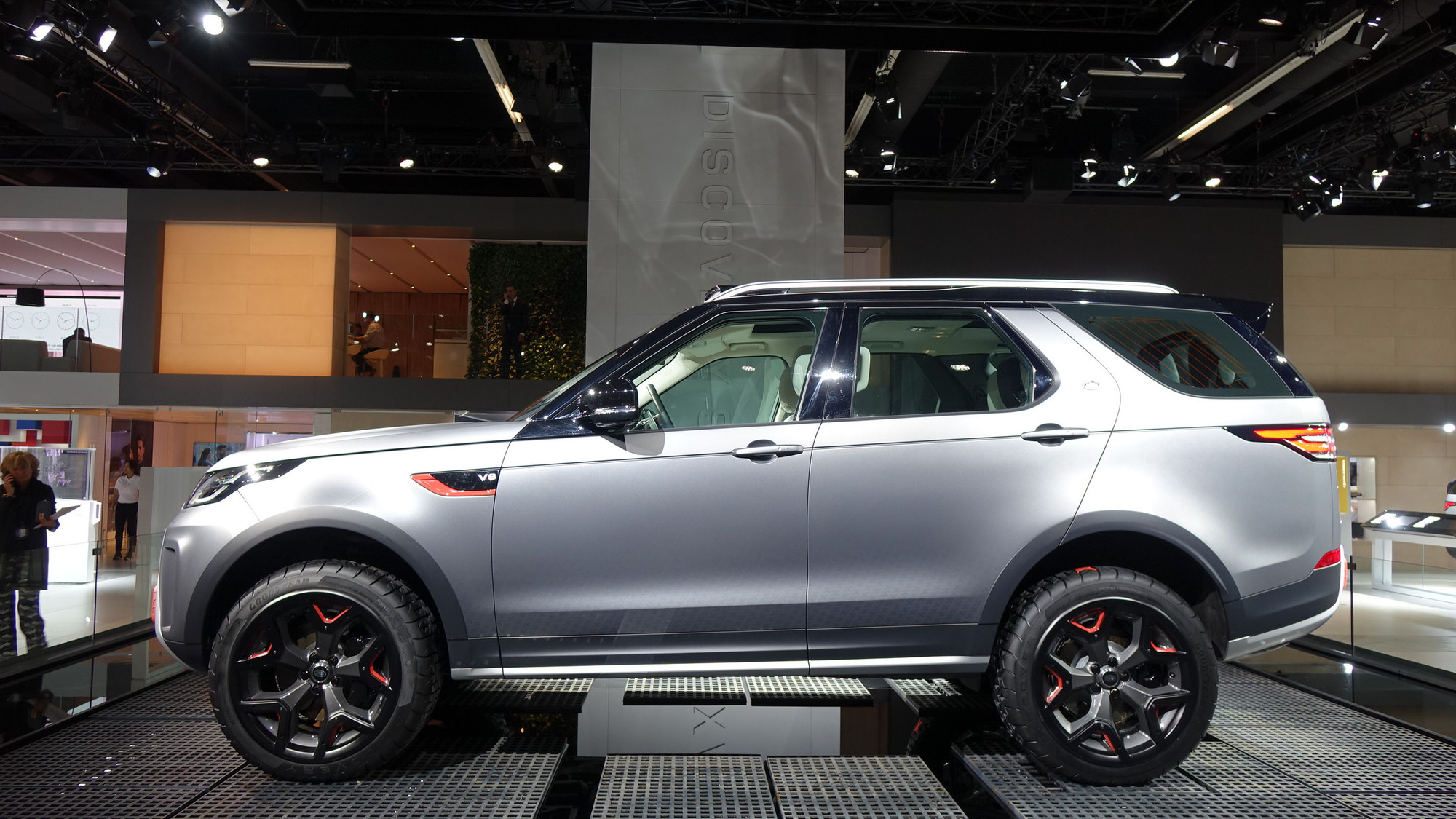 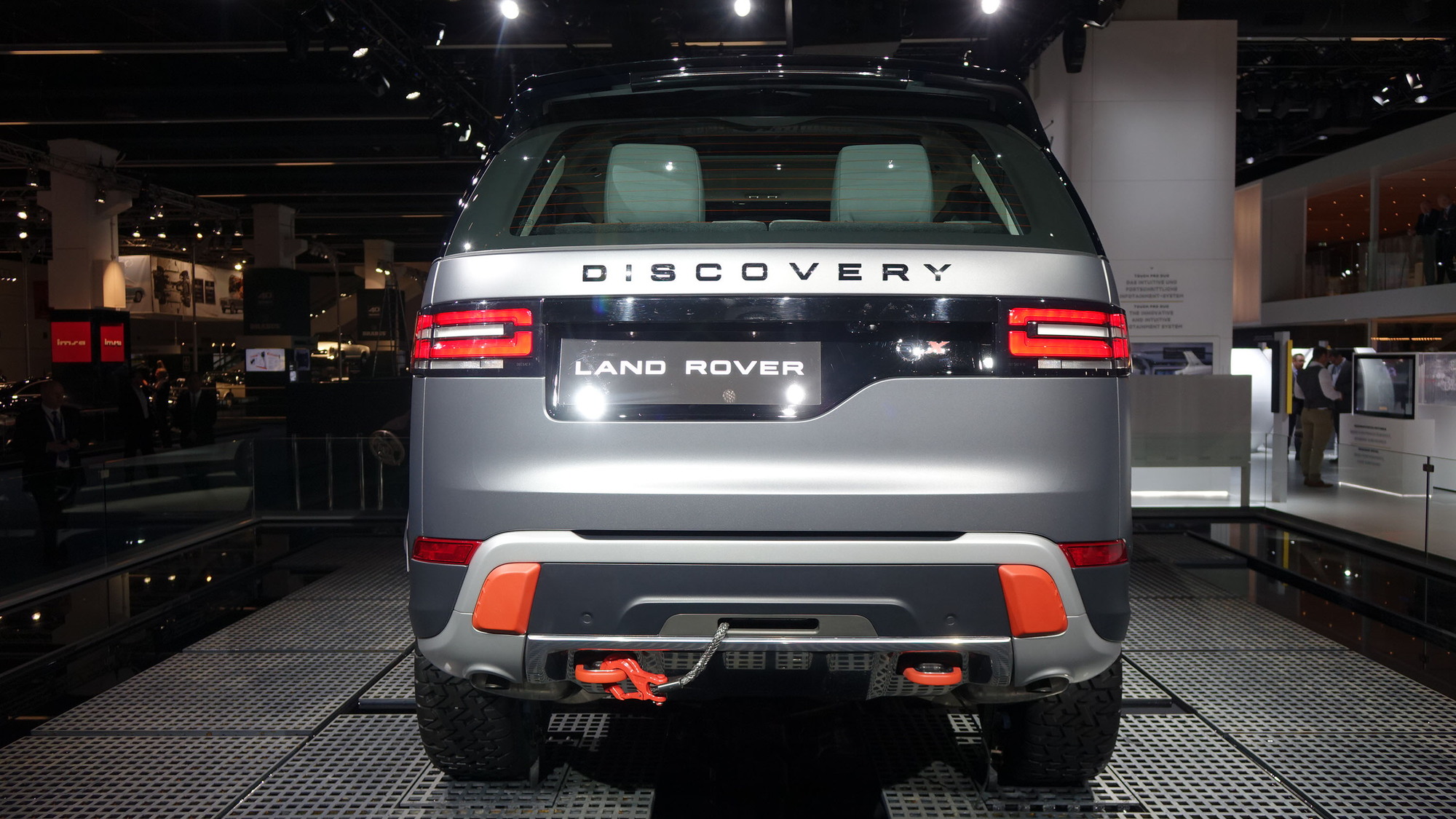 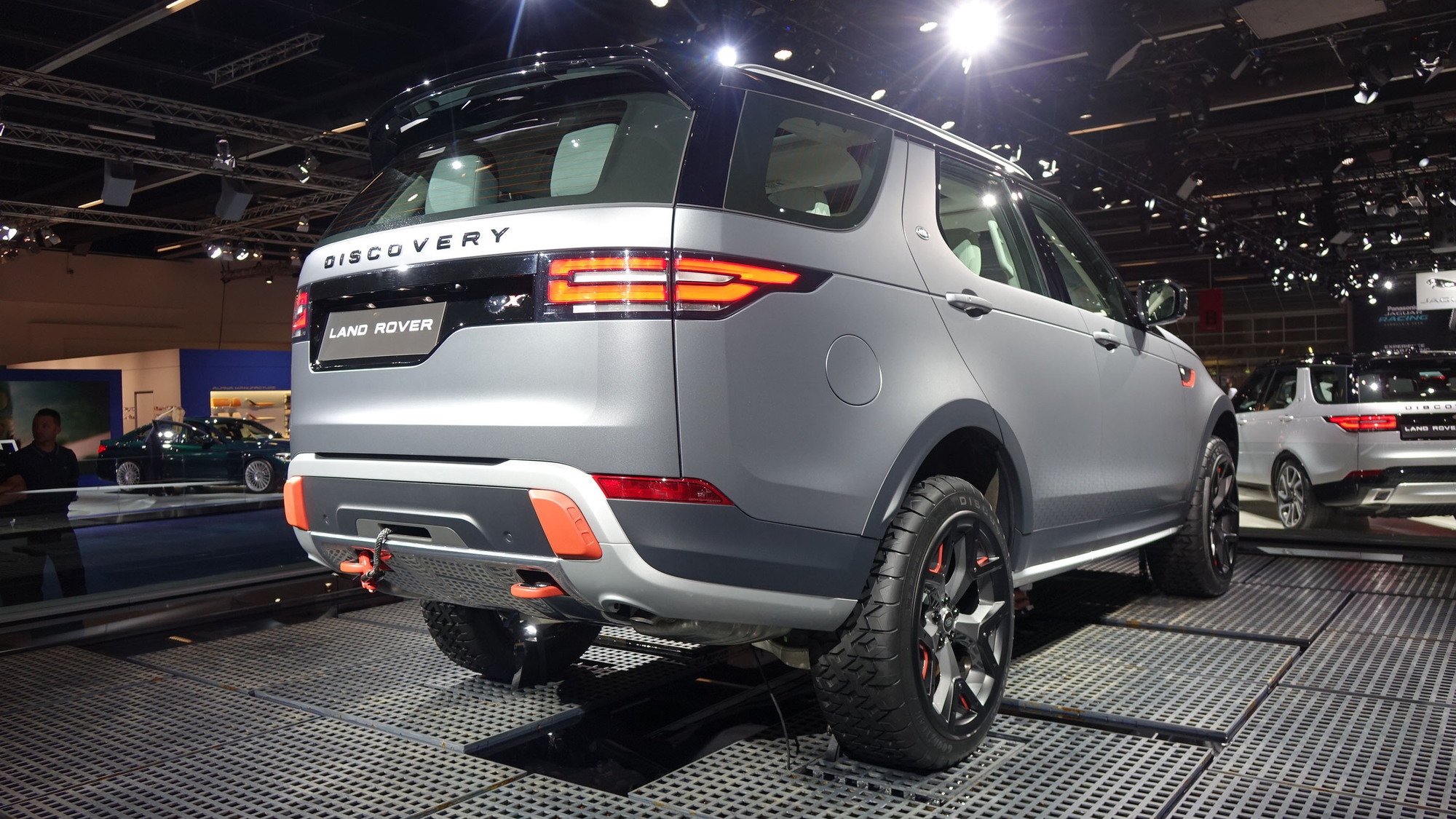 Jaguar Land Rover’s Special Vehicles Operations (SVO) is out to prove that its repertoire goes well beyond fast cars.

It’s demonstrating this with the Land Rover Discovery SVX concept that debuted on Tuesday at the 2017 Frankfurt auto show.

SVX is the opposing bookend to SVO’s SVR label which denotes high-performance vehicles. SVR is already found on some standouts like the Land Rover Range Rover Sport SVR and Jaguar F-Type SVR. Somewhere in the middle you also have SVAutobiography which denotes ultimate luxury.

SVX is all about off-roading, and the Discovery SVX concept is described as the most extreme Land Rover yet thanks to its go-anywhere capability, increased ground clearance and wheel articulation, body and suspension (long-travel dampers and revised knuckles) lifts, and chunky 20-inch wheels fitted with 275/55-size Goodyear Wrangler all-terrain tires.

One final feature worth mentioning is a hydraulic anti-roll system. It gives increased wheel articulation and improved body control, enhancing off-road traction while also reducing body roll when on-road driving. This is the first time the feature has been used for a Discovery.

Of course there’s performance, too. The folks at SVO have selected Jaguar Land Rover’s familiar 5.0-liter supercharged V-8 for duty in the Discovery SVX concept, tuned here to deliver 525 horsepower and 460 pound-feet of torque. In other words, more than enough grunt for tackling any hills.

Inside, you’ll find all the comfort typical of the latest-generation Discovery. For example, the seats are still trimmed in leather, but now there’s an X-shaped pattern for the material’s perforation. There are also orange accents in the cabin to compliment the exterior which is finished primarily in a gray paint called Tectonic.

Although the Discovery SVX in Frankfurt is strictly a concept, a vehicle very similar to it will be entering production in 2018.