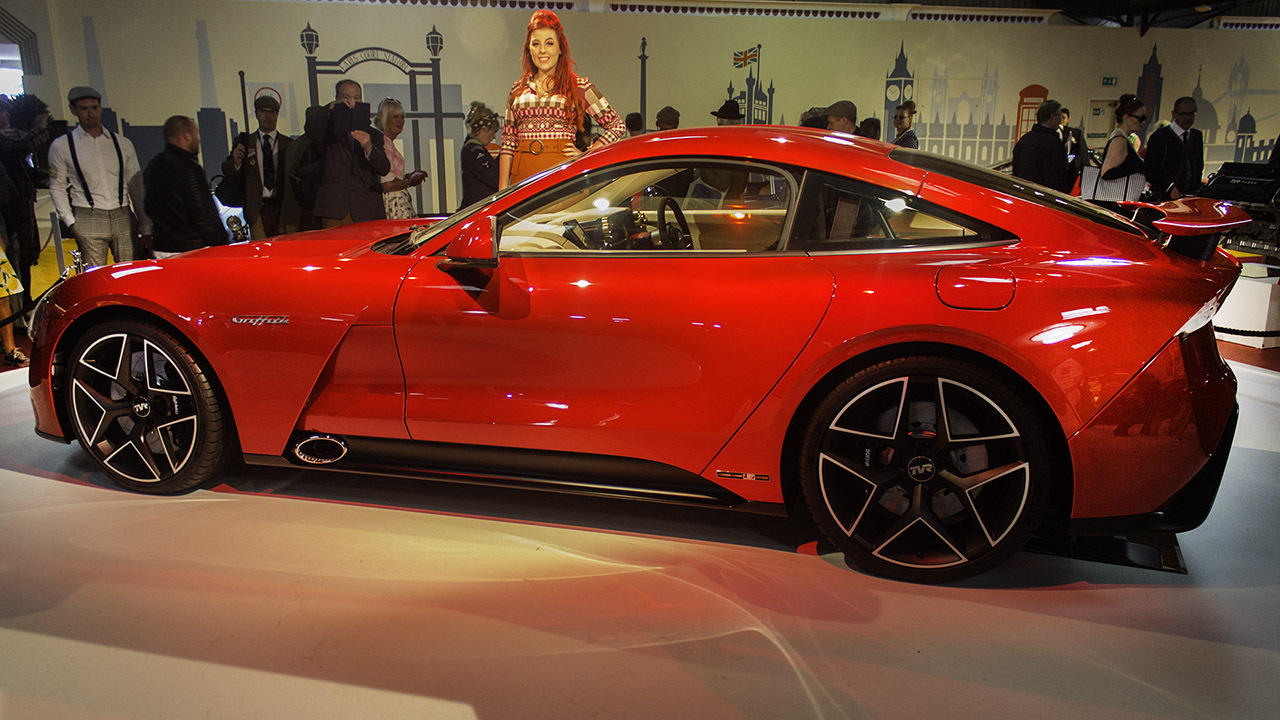 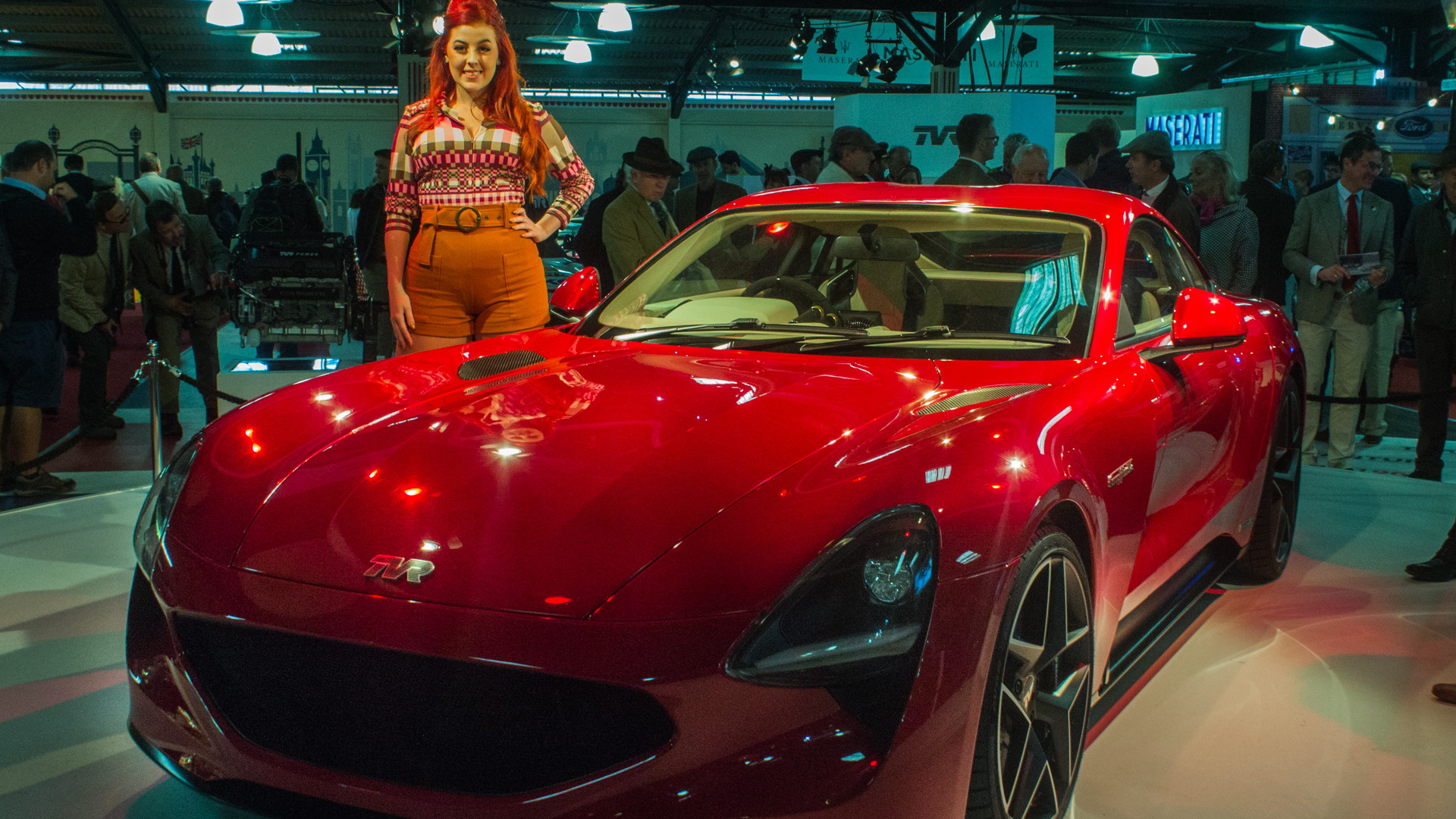 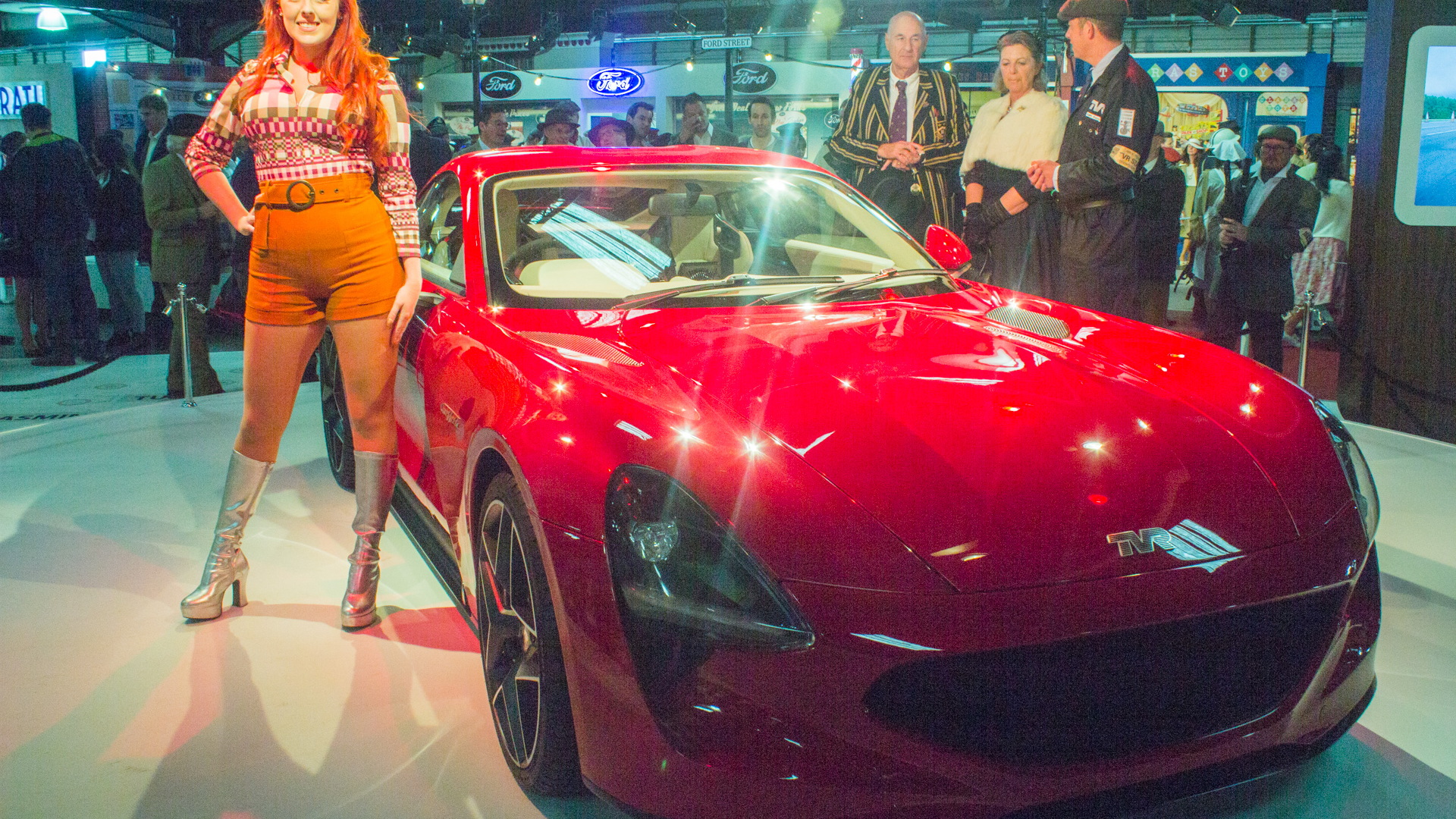 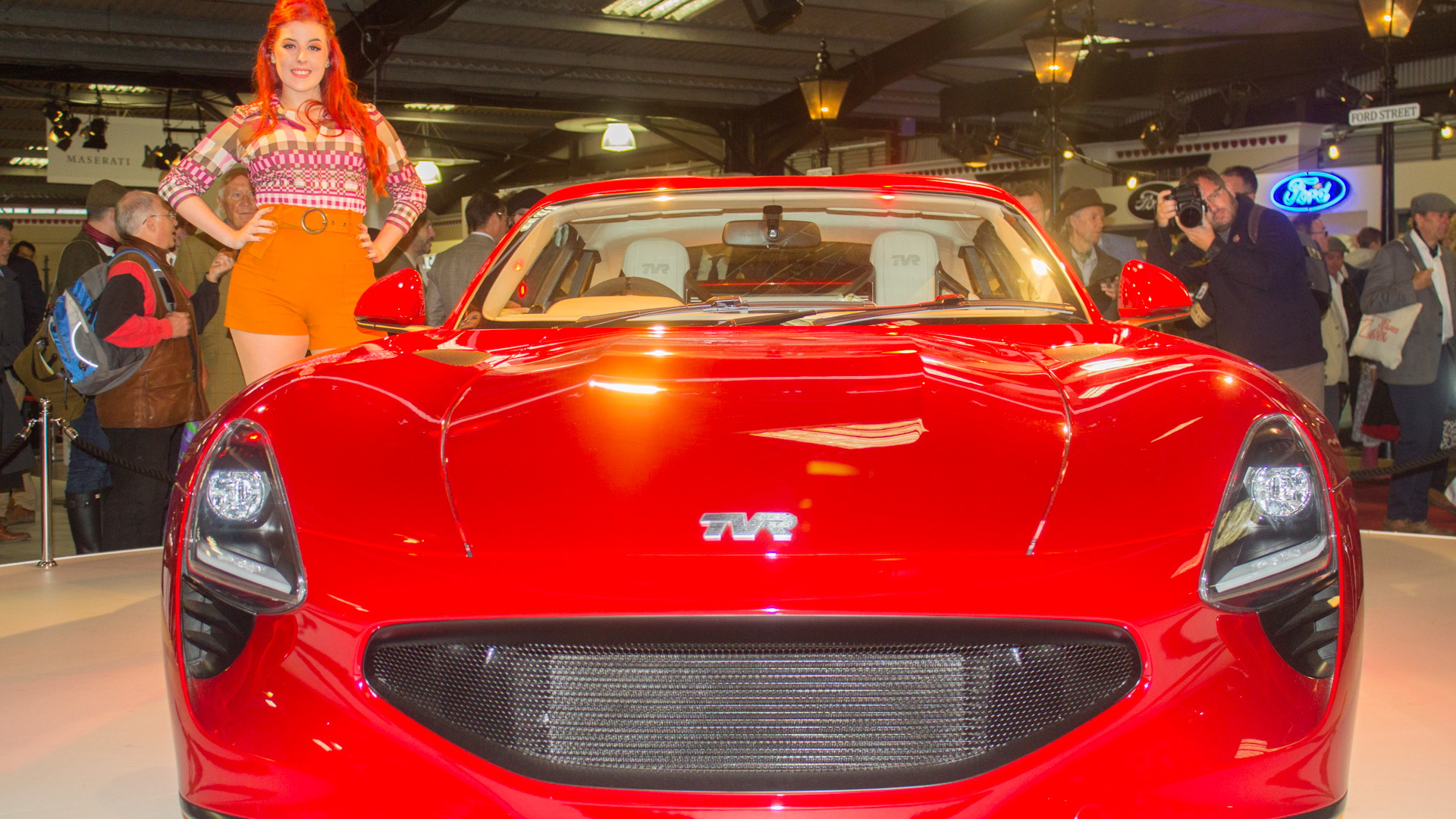 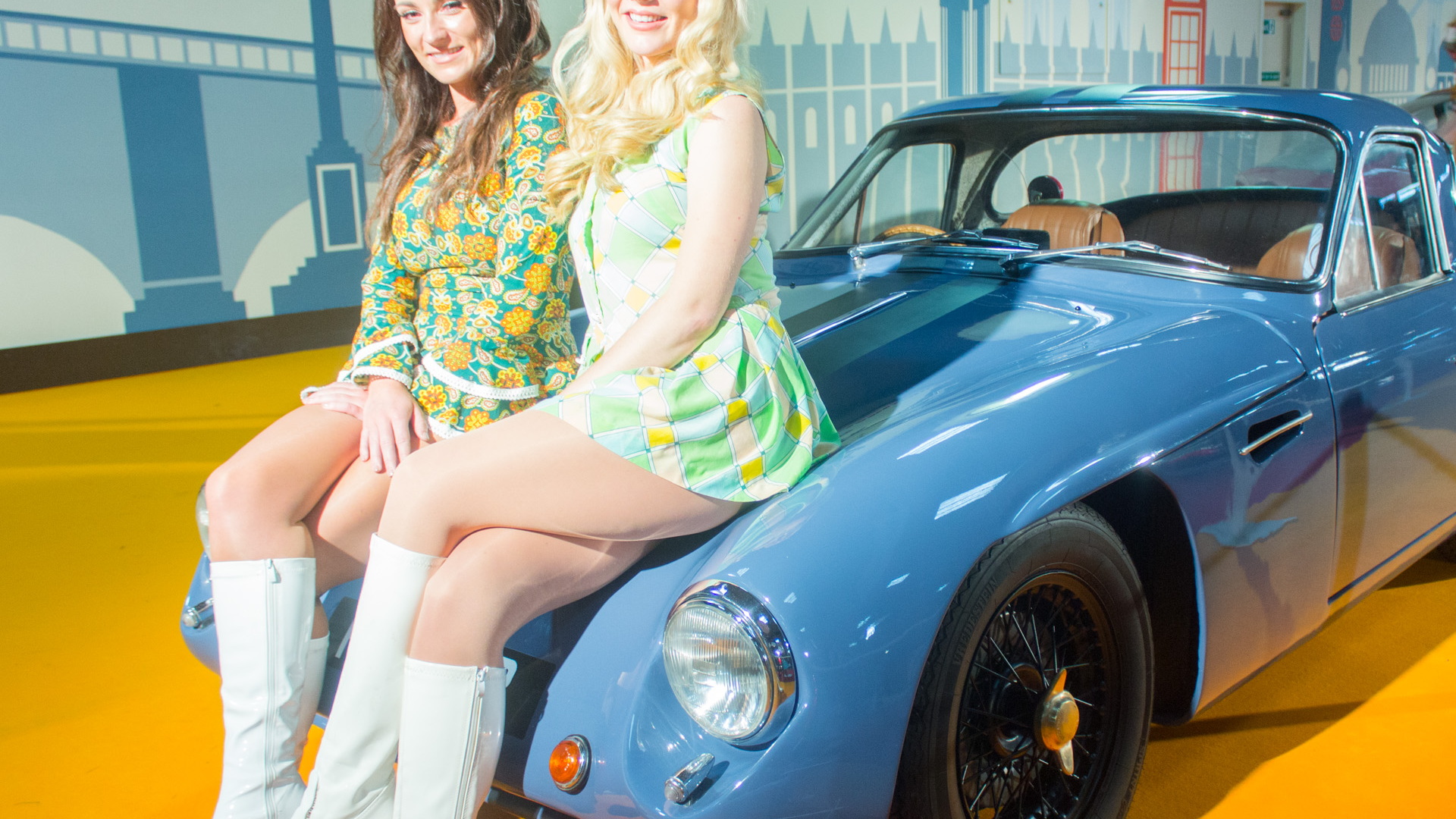 We caught up with TVR CEO Les Edgar at the 2017 Goodwood Revival to talk about the new TVR Griffith, America, and Le Mans.

Motor Authority: How is production coming along at the new Wales facility?

Les Edgar: We have the building—or at least the shell. The Welsh government will deliver that to us next year. The process for fitting with our equipment is straightforward…we expect that’ll take a few months.

LE: We’re expecting all cars to be delivered in 2019. That’s assuming a start of production in early 2019.

MA: How close is this new Griffith that you're showing off to a fully production car?

LE: That’s a fully drivable, fully complete car. It doesn’t have (anti-lock brakes). That’s because it takes about nine months to tune ABS to the car. It also has not been crashed. We know that this car—by computer simulation, which is within 2 percent of error—will complete a federal crash at 50 mph.

MA: Why will it take 2 years for today's production car to make it into customers' hands then?

LE: You’d be surprised. For example, you have a crash test. If you fail the crash test you have to do it all over again. You have to allow a bit of a gap there. You have further development of the car—like I said with the ABS, that takes nine months. The development is surprisingly lengthy.

We don’t get hold of the factory until the middle or the end of next year. We then have to hire the people to fill it, we have to do a "pilot build" after that. A pilot build is where you build a number of cars—a dozen for example—then take them apart several times. It trains your employees on how the car fits together, it also shows if there’s any issues with production that might hold it up—that might be problematic. It might show any tiny engineering flaws, that process we hope will take three months—it may take up to six.

MA: How many of the first deposits were from TVR owners?

LE: Surprisingly, it’s quite a low number. When we first started, we didn’t tell people we were doing it, we didn’t advertise the car for a long time. The initial deposit owners, my guess is 30-70 (30 percent current or previous TVR owners).

MA: Where do you see (longtime TVR designer) Peter Wheeler's influence in the new Griffith?

LE: I see him everywhere. And not just him.

Trying to capture the DNA is a hard thing. You look at all the cars around you. (Pointing at old TVRs on display.)

There’s a lot of stuff that’s not contiguous. For example, the daylight opening in the windows. If you look at the windows, they have long thin windows going down the sides—but not all of them. We brought that in to the new Griffith.

Peter’s great achievement—one of many—was the Griffith. It had beautifully classic lines, uncluttered and sensuous, so our target for this car was to make that above the waistline. Below the waistline we have aggression: industrial, cut-off exhausts, massive diffuser.

That car means business and we know it. It’s a combination of what the 1990s cars were and what the modern cars need to look like. (They are) purposeful and need presence.

The new Griffith looks bigger than the previous TVRs, but it’s not, and it’s still six inches shorter than a 911. It’s not a big car.

A British sports car is a compact car.

MA: Why start with the Griffith now? Why not a Sagaris or Tuscan?

MA: What about it? Does it carry more weight?

LE: To me, the "Griffith" name symbolizes the resurgence as a powerful brand twice: in the 1960s—when TVRs first had a V-8—and the 1990s, when Peter Wheeler saw a gap in the market for big-engined cars.

Historically, the engines in TVRs haven’t had big engines. Although in later cars they were often a Ford engine—50 percent of the TVR cars on the road today have a Ford engine. There’s a strong association there.

We felt that it was not only a suitable name now, there’s a 5.0-liter Ford base engine...

LE: Right. That’s where we went with the base engine, then we gave it to Cosworth to make it sing. But you can’t put an engine from a heavy car into a car like this at 1,250 kilograms (2,755 pounds) so you need to change the configuration. You need a lighter flywheel for more revs, a dry sump to put it lower to the ground, throw away the ECU.

It felt like Griffith was the right name for this car.

MA: You've been incredibly public about taking this car to Le Mans. Why set that goal for yourself? Or at least make it public? That seems ambitious?

LE: Why do you think it’s ambitious?

MA: Because it's somewhat unbelievable. Teams like Corvette and Aston Martin have been around now for a while and have institutional knowledge that you don't. Why say publicly that you want to beat them when you're just starting out. It seems like something you'd want to hold off on for at least 3 to 4 years to keep from setting yourself up for failure?

I’ve been to Le Mans for 33 years in a row, I brought Aston Martin back there, the DBR9 was my project. So I know a thing or two about racing at Le Mans.

If you’re a sports car manufacturer, why would you not be racing at Le Mans? Sports car manufacturers are niche by nature…Le Mans is a proving ground. You only have to finish and you’ve done well. Le Mans is something we have to do. It’s expensive, it’s not going to be easy. But I do know what we need to do to get there.

Gordon Murray has designed the new chassis for this car, he knows a thing or two about Le Mans. He brought the F1 to Le Mans, out of the box (and won). I think we’re in good shape.

But I’m not saying when. We will go there. We’ll probably have a one-make series first. I don’t think it’s too ambitious, but it is ambitious.

You don’t go to Le Mans just to finish, though. You go to win. And we will do that.

MA: You've said that a U.S. launch isn't initially in the cards for TVR right now...

LE: I read that somewhere. I didn’t say that.

This car crash tests at 50 mph for a good reason: to make it safe, but also because we would love to go to the (U.S.) with it.

We have some challenges, there’s a lot of development necessary to take it to the U.S. But one of the reasons we have a Ford powerplant is because we know it’s California emissions compliant. We know that launching a cabrio in the States would be the best place to do it. But you can’t go to the States without a U.S. partner.

It’s most definitely in the cards, it’s just a question of timing.