The Bentayga is largely based on an Audi Q7, with the bodies for the two vehicles built at the same plant, something Müller-Ötvös appears to find hard to swallow. In contrast, Rolls-Royce's upcoming SUV, thought to be called a Cullinan, will be underpinned by the same brand-exclusive platform used by the new Phantom. The aluminum architecture is not shared with BMW, which owns the British marque.

"We are not using mass-manufactured body shells," he recently told Automotive News (subscription required). "That limits what you can do on the design side, and it undermines exclusivity massively. You don't want a camouflaged [Audi] Q7 in that segment. You want to have a true Rolls-Royce." 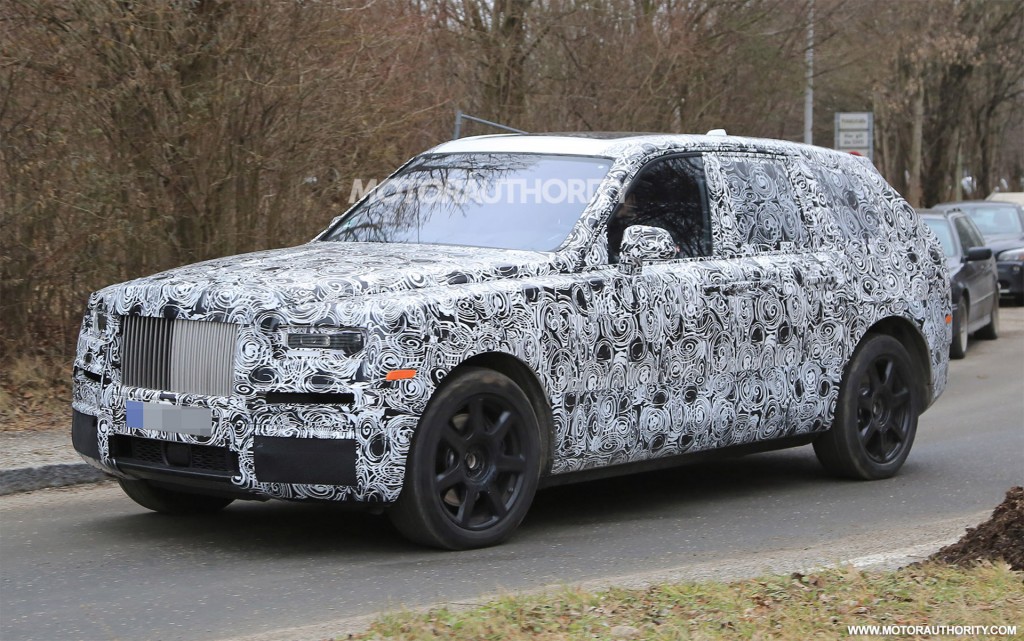 Rolls-Royce has gone as far as not referring to the Cullinan as an SUV, either. Instead, the brand prefers to call it a "high-sided, all-terrain" vehicle. Additionally, Rolls-Royce promises the Cullinan will still feature poised and hushed driving dynamics even when taken off-road. Engineers have reportedly developed a new suspension system to ensure the brand's promise is kept, while still delivering off-road capability.

Despite the punch Rolls-Royce has thrown, Bentley likely isn't too worried. The Bentayga has been a sales success and the brand is mulling over additional variants to keep the SUV fresh. Those include the possibility of a coupe-like version and a high-performance Speed.

Rolls-Royce will debut its Cullinan in 2018 with the first sales expected to begin in early 2019.