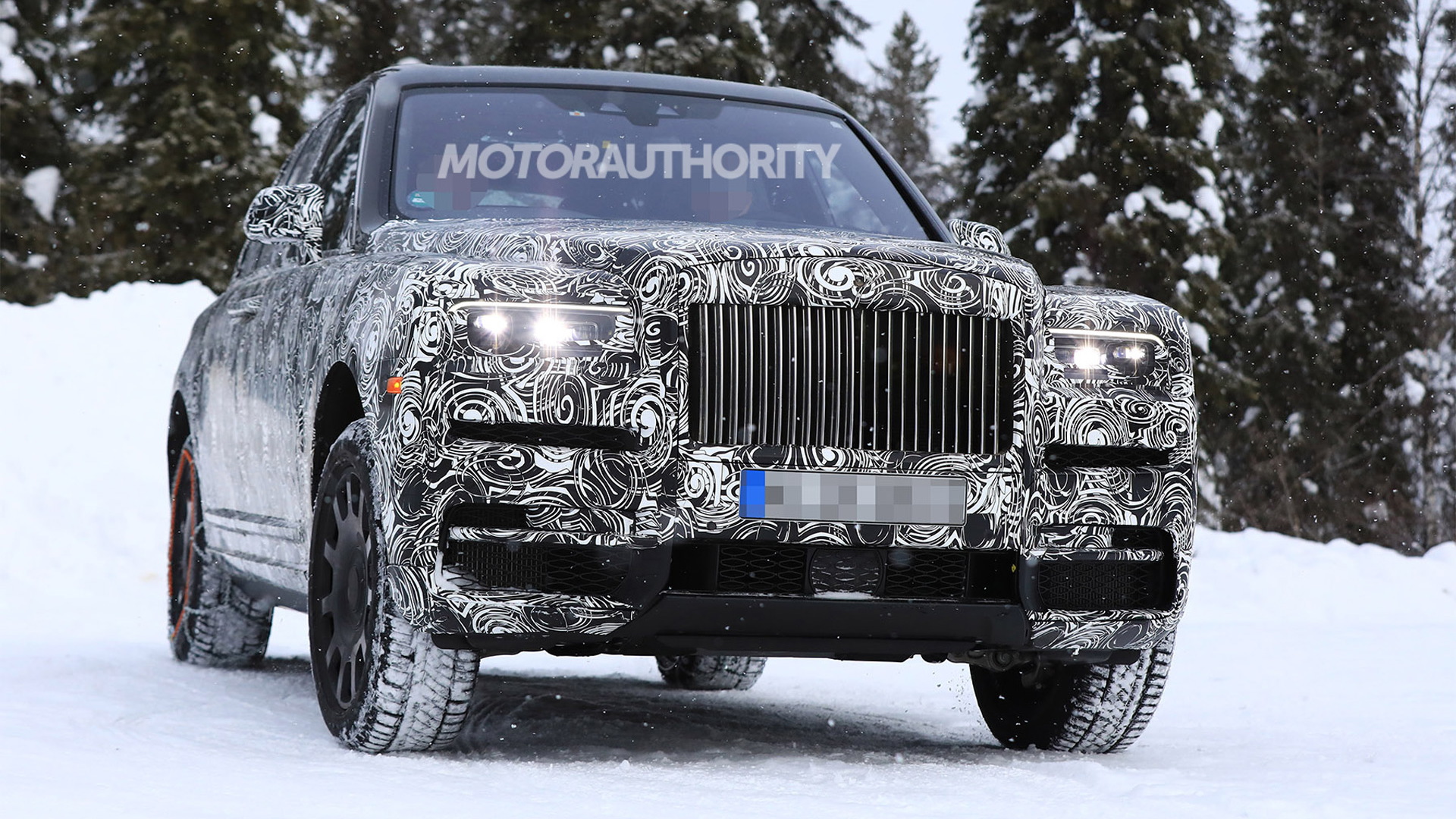 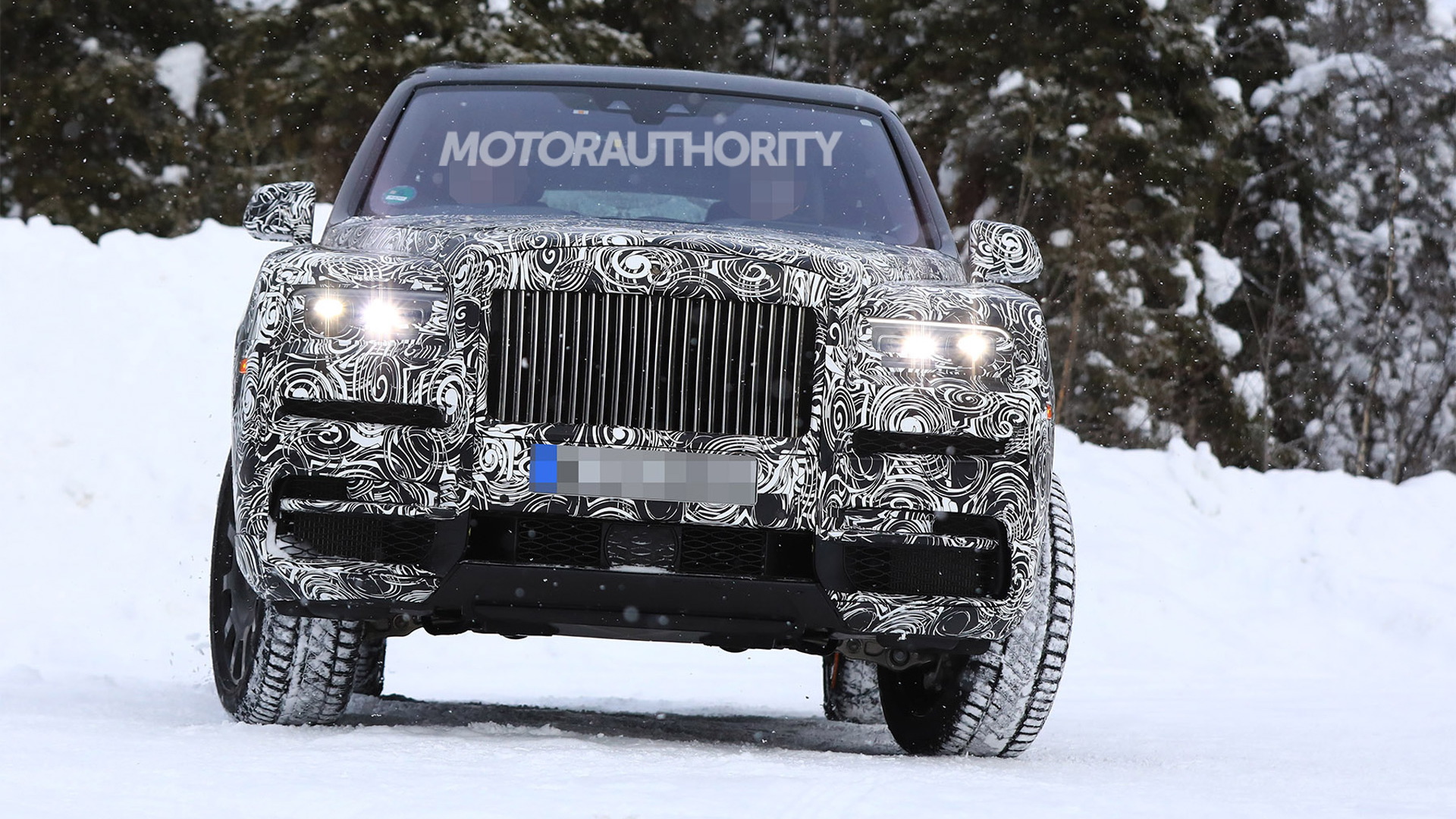 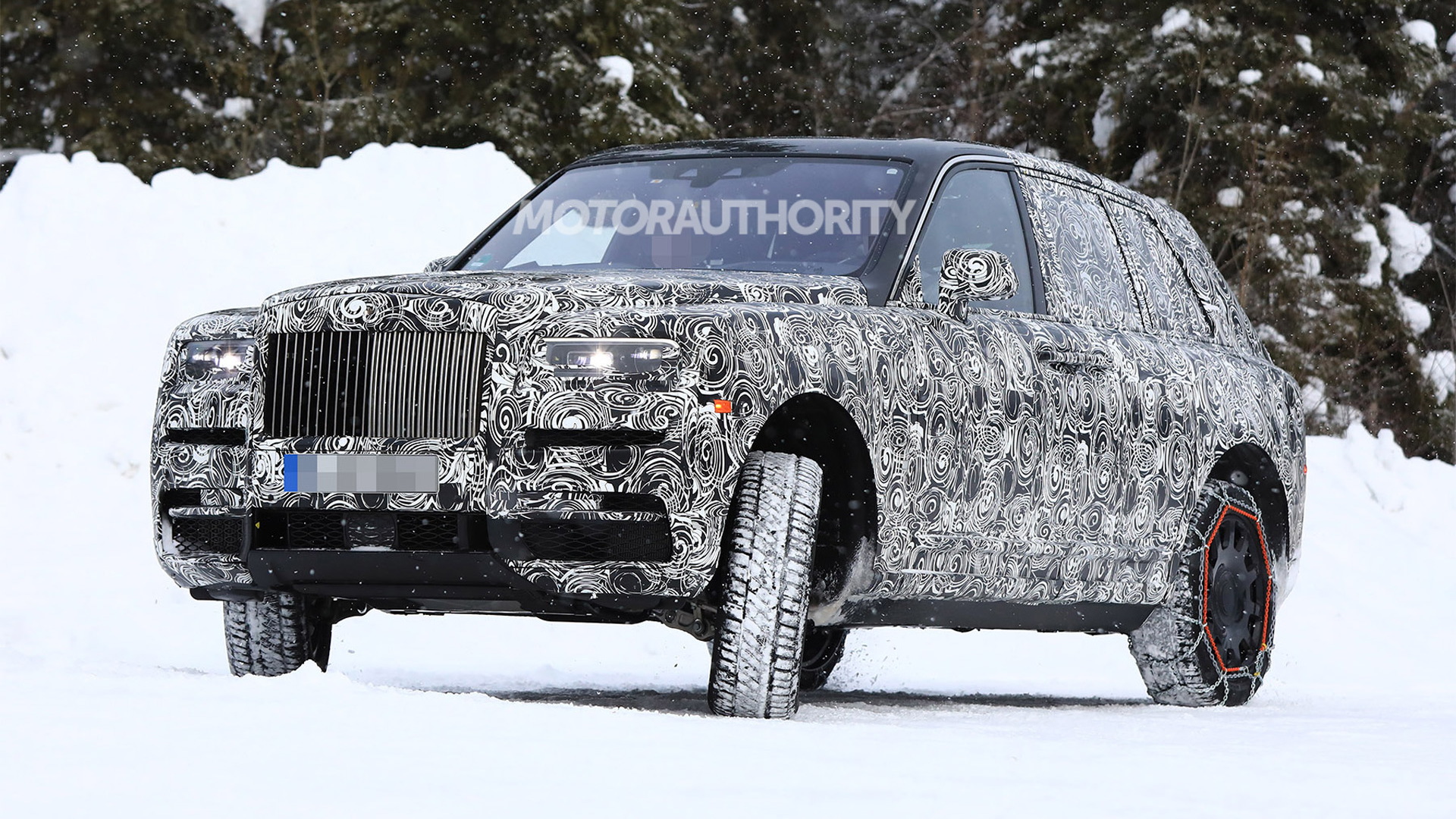 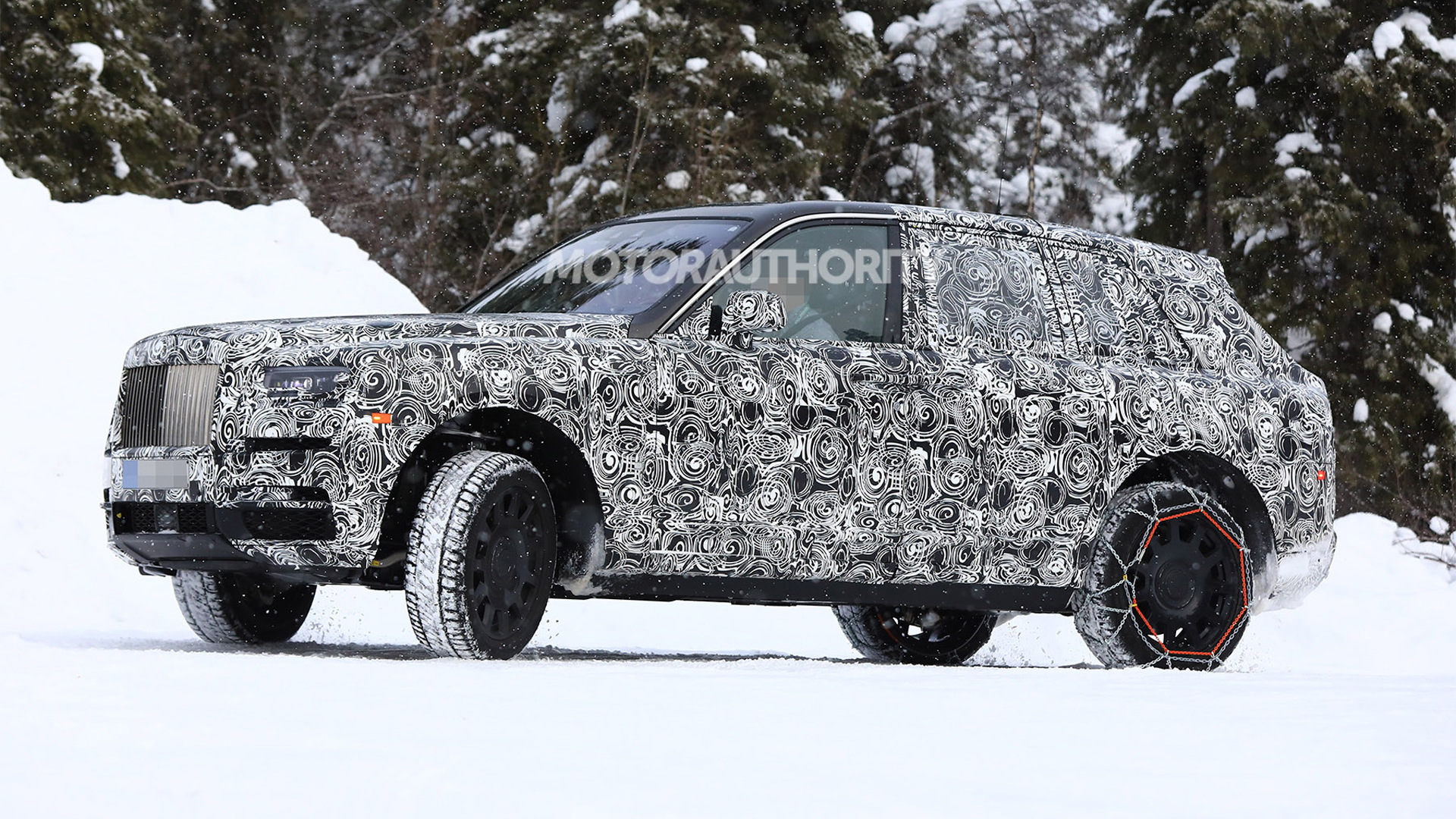 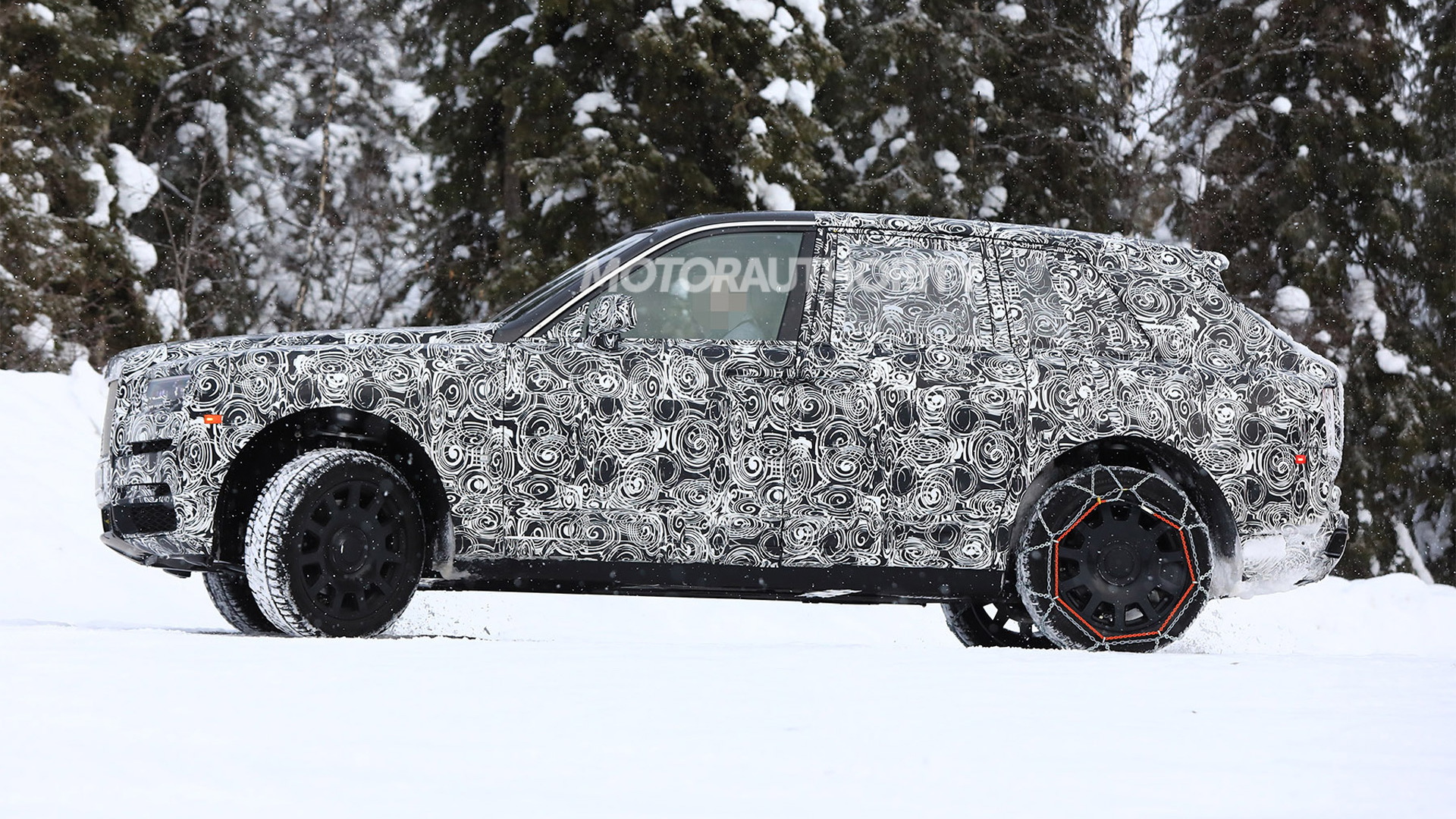 Work on Rolls-Royce’s new SUV due in 2018 continues, as evidenced by recent prototype sightings.

It was in early 2015 that Rolls-Royce announced plans for an SUV, but the sighting of a test mule a few weeks later confirmed that work on the automaker’s first “high-sided, all-terrain” vehicle was already well underway. Two years on, and development has reached an advanced stage.

The SUV was originally only code-named the Project Cullinan (the name is shared with the world’s largest diamond, now found on the British Crown Jewels). However, Rolls-Royce last week finally confirmed that the SUV will carry the Cullinan name into production.

This year is proving pivotal for Rolls-Royce as it sees the launch of the all-new, eight-generation Phantom as well as the Cullinan. As the spy shots and video confirm, many of the styling cues from the latest Phantom will also feature on the Cullinan.

The two vehicles will also share a platform, in this case a new aluminum spaceframe architecture that will eventually underpin the entire Rolls-Royce portfolio. The SUV will get a shorter but higher riding version of the platform compared to the one in the Phantom.

Rolls-Royce promises that its SUV will be fully capable when off-road, and that even there it will offer the “magic carpet” ride quality the brand is renowned for. This will be due to a newly-developed suspension system the engineers are pioneering for the SUV.

It’s too early to talk specs but you can bet on the 6.75-liter twin-turbocharged V-12 that debuted in the Phantom being fitted to the Cullinan. It delivers a peak 563 horsepower and 664 pound-feet of torque in the sedan and we expect something similar for the SUV.

We’re no longer expecting a plug-in hybrid option, given Rolls-Royce CEO Torsten Müller-Otvös’ preference for pure electric powertrains over hybrids. An electric Rolls-Royce isn’t expected for some time, however.

Rolls-Royce says the decision to develop an SUV was driven mostly by the urging of its customers but also the pioneering, adventurous spirit of company founders Charles Rolls and Sir Henry Royce. The duo helped secure Rolls-Royce’s reputation last century by taking top honors in rigorous overland adventures such as the Scottish Reliability Trials, the London to Edinburgh event and the Alpine Trials, so there is some history there.