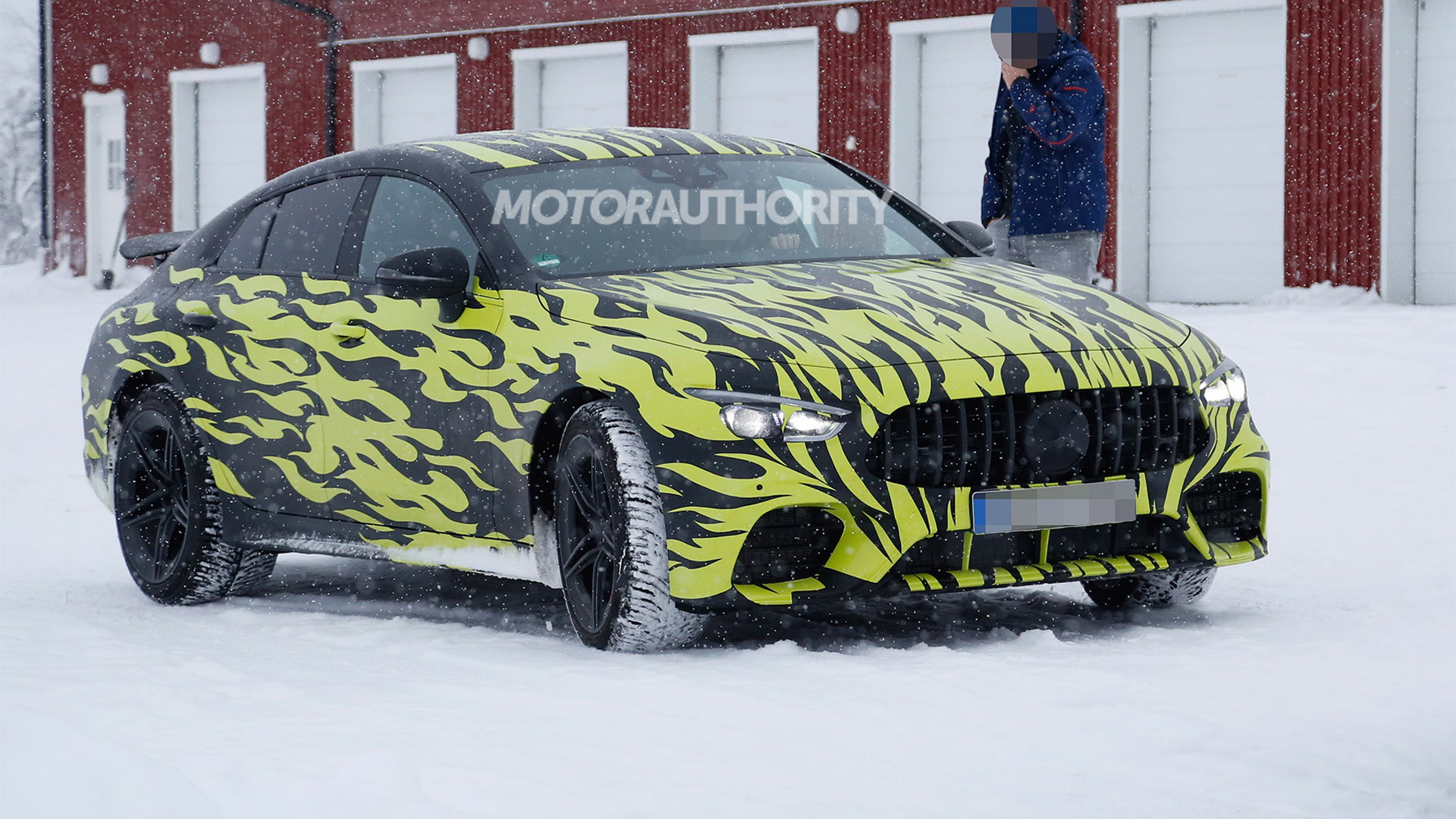 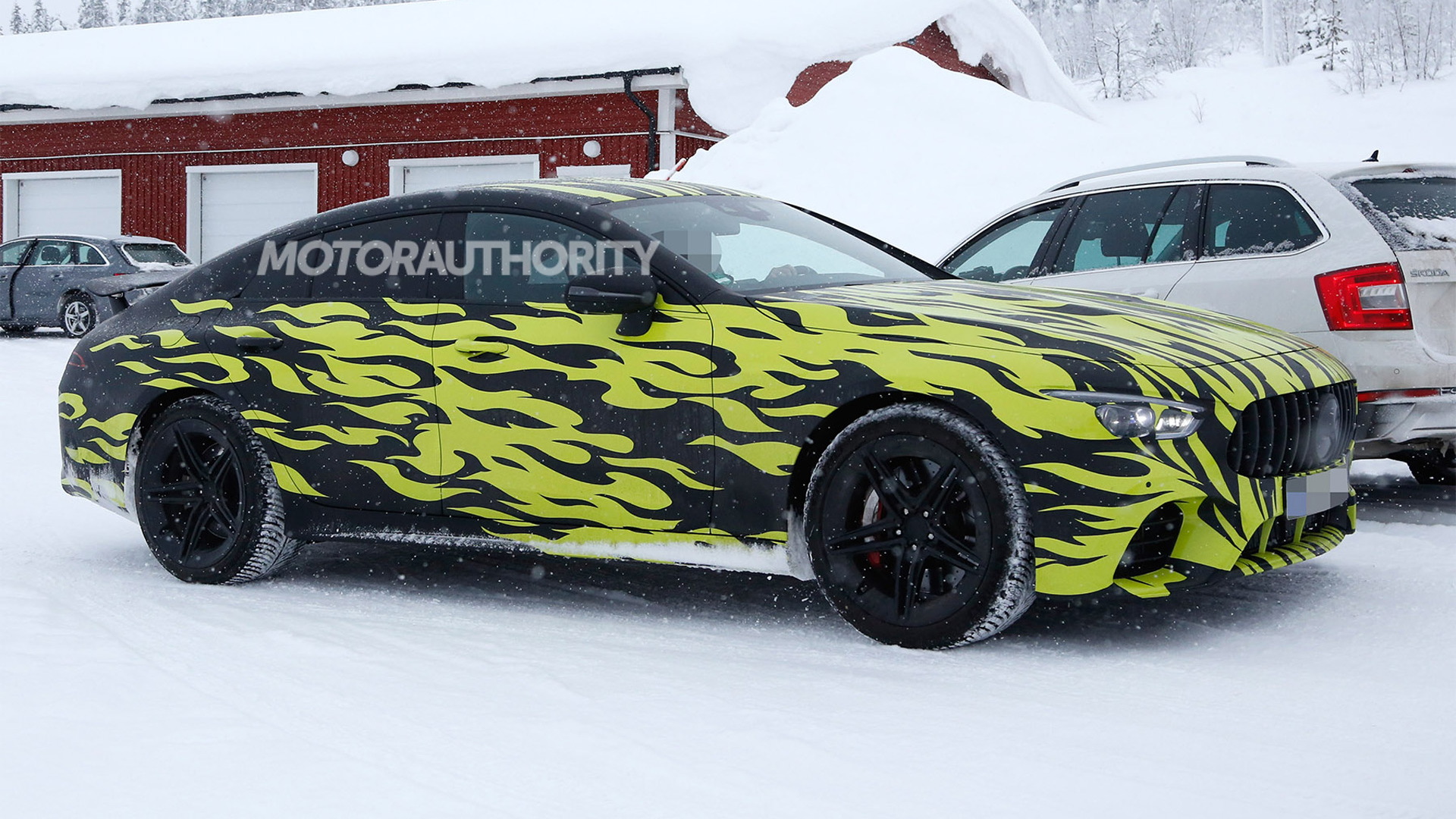 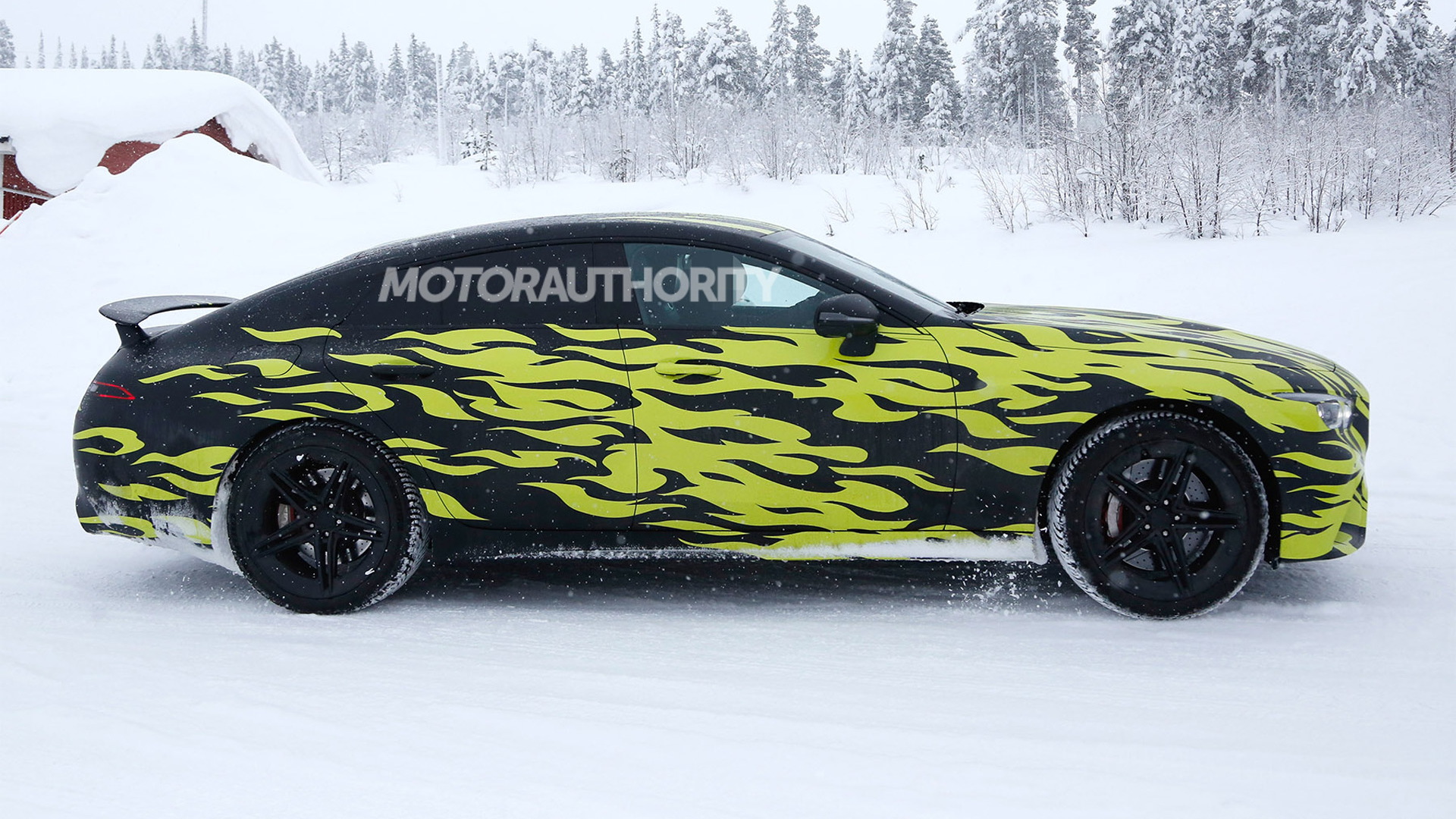 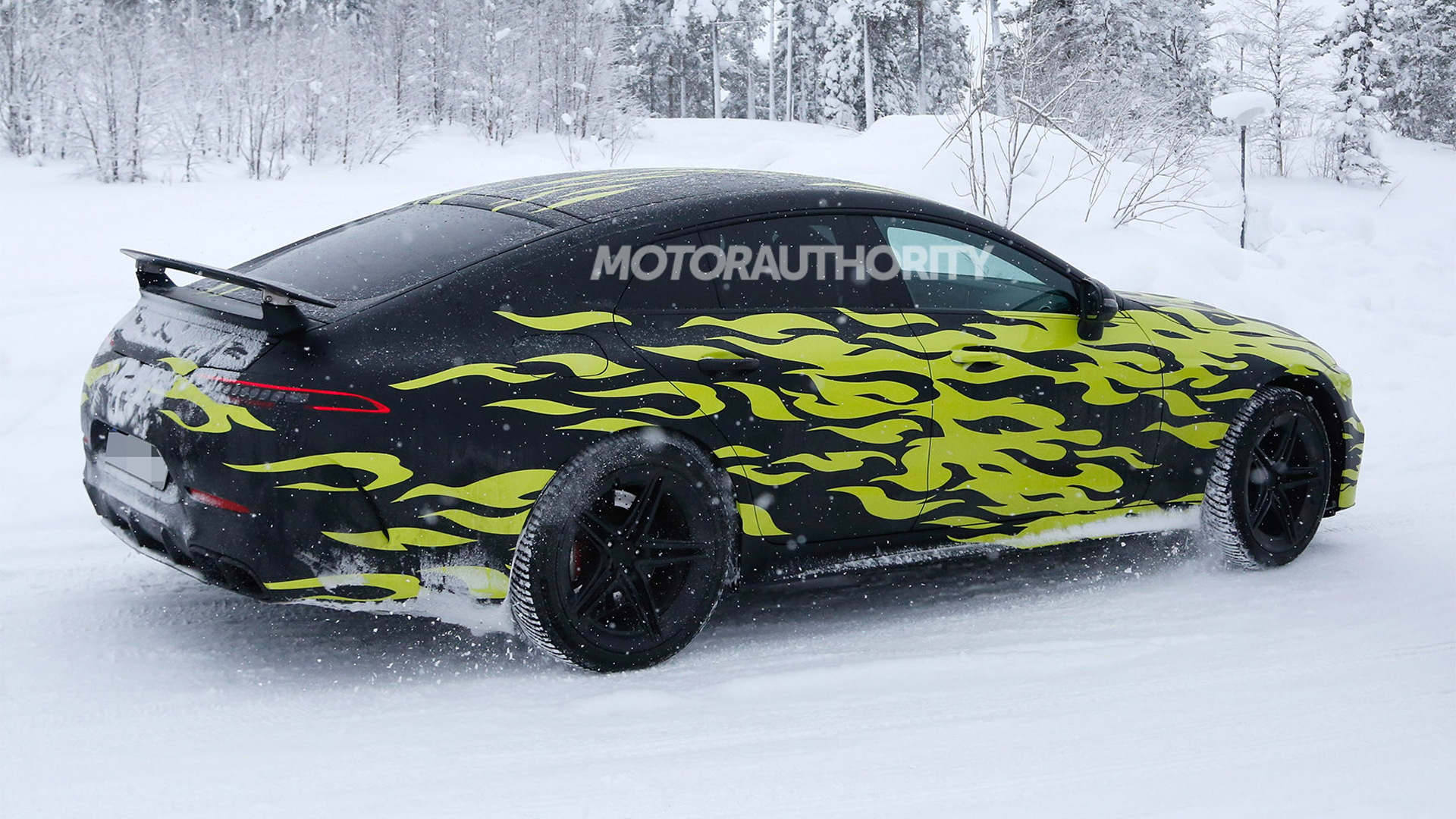 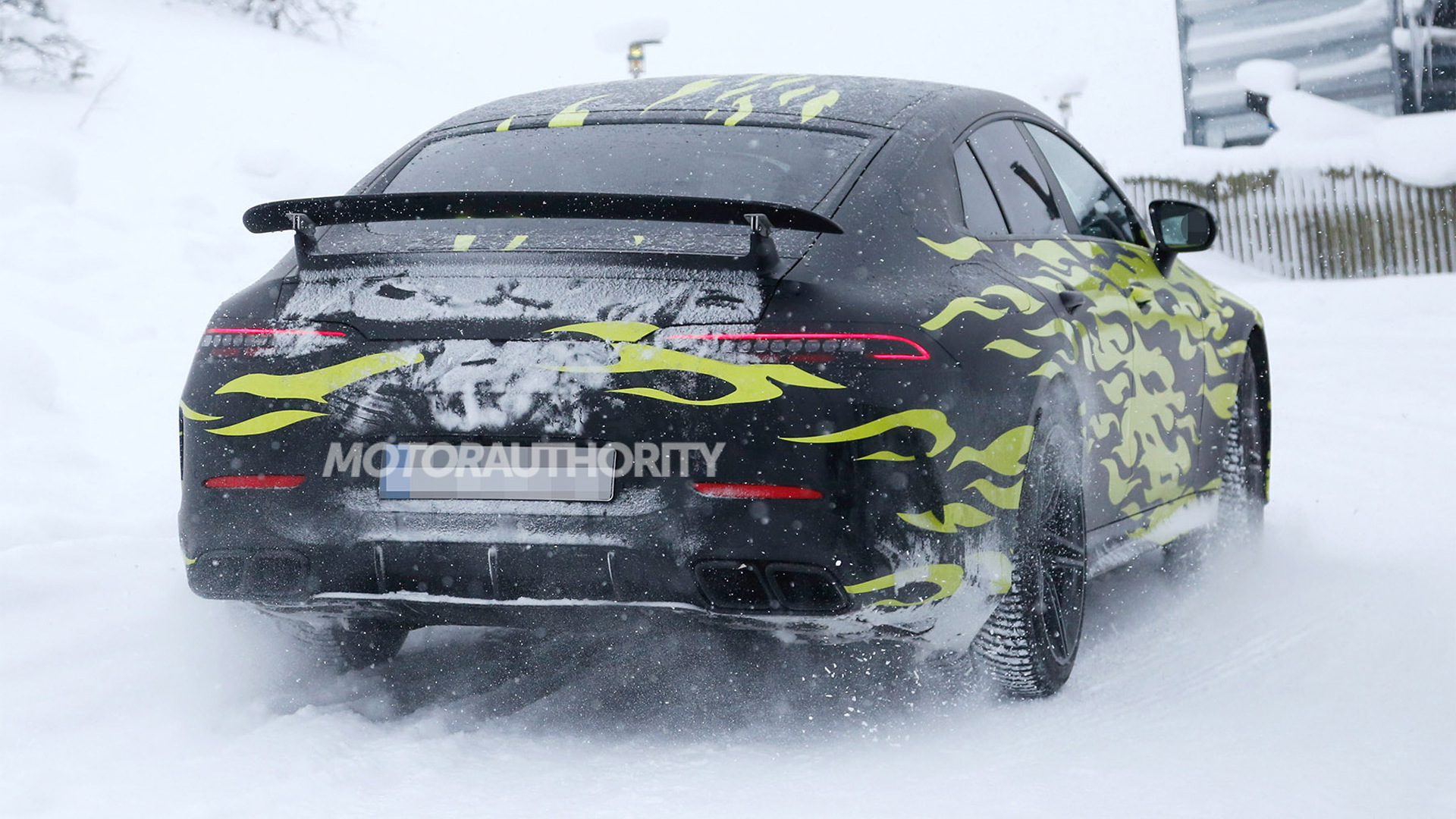 It was previewed in concept form only last March, but prototypes for Mercedes-AMG’s standalone sedan are already at a late stage of development.

We’re talking about the production version of AMG’s GT sedan concept unveiled at the 2017 Geneva auto show, and judging by the latest spy shots and video the production model will closely resemble the scintillating show car.

AMG has confirmed the car will be called a GT Coupe, and it's due for a debut on March 6 at the 2018 Geneva International Motor Show. We'll see it in showrooms in the summer, likely as a 2019 model. It will be AMG’s third standalone product after the GT sports car and Project One hypercar.

The design is derived from the sexy lines of the GT sports car, although the headlights take on a more angular shape and the length of the hood has been shortened. Of course, the wheelbase has also been stretched and an extra pair of doors added.

The latest shots reveal the true shape of the fastback profile and show the car testing alongside its main intended rival, the Porsche Panamera. The design is almost identical to what we see on the GT concept, though the production model sports a visible rear wing.

Also, the production model sticks with AMG's more familiar quad-exhaust tip arrangement instead of the single, center-mounted pipe of the concept.

Instead of utilizing a stretched version of the GT sports car’s aluminum spaceframe architecture, the GT Coupe is more likely to ride on the MRA rear-wheel-drive architecture common to regular Mercedes-Benz models like the latest C- and E-Class. It’s possible AMG will make modifications to strengthen the architecture and perhaps reduce some weight.

Under the hood will sit AMG’s familiar 4.0-liter twin-turbocharged V-8, which should be delivering over 500 horsepower. We’re not expecting the hybrid system previewed in the concept to be available at launch. The system, which pairs the V-8 with an electric motor mounted at the rear, delivers 805 hp and thus will likely be reserved for a range-topping variant.

Interestingly, Mercedes has just launched a new generation of the CLS, so there will be a bit of internal rivalry going on. To help differentiate the two, AMG will no longer offer a CLS63. Instead, AMG has launched a CLS53 with a 6-cylinder-based mild hybrid powertrain. The role of the former CLS63 will now be taken up by the GT Coupe.