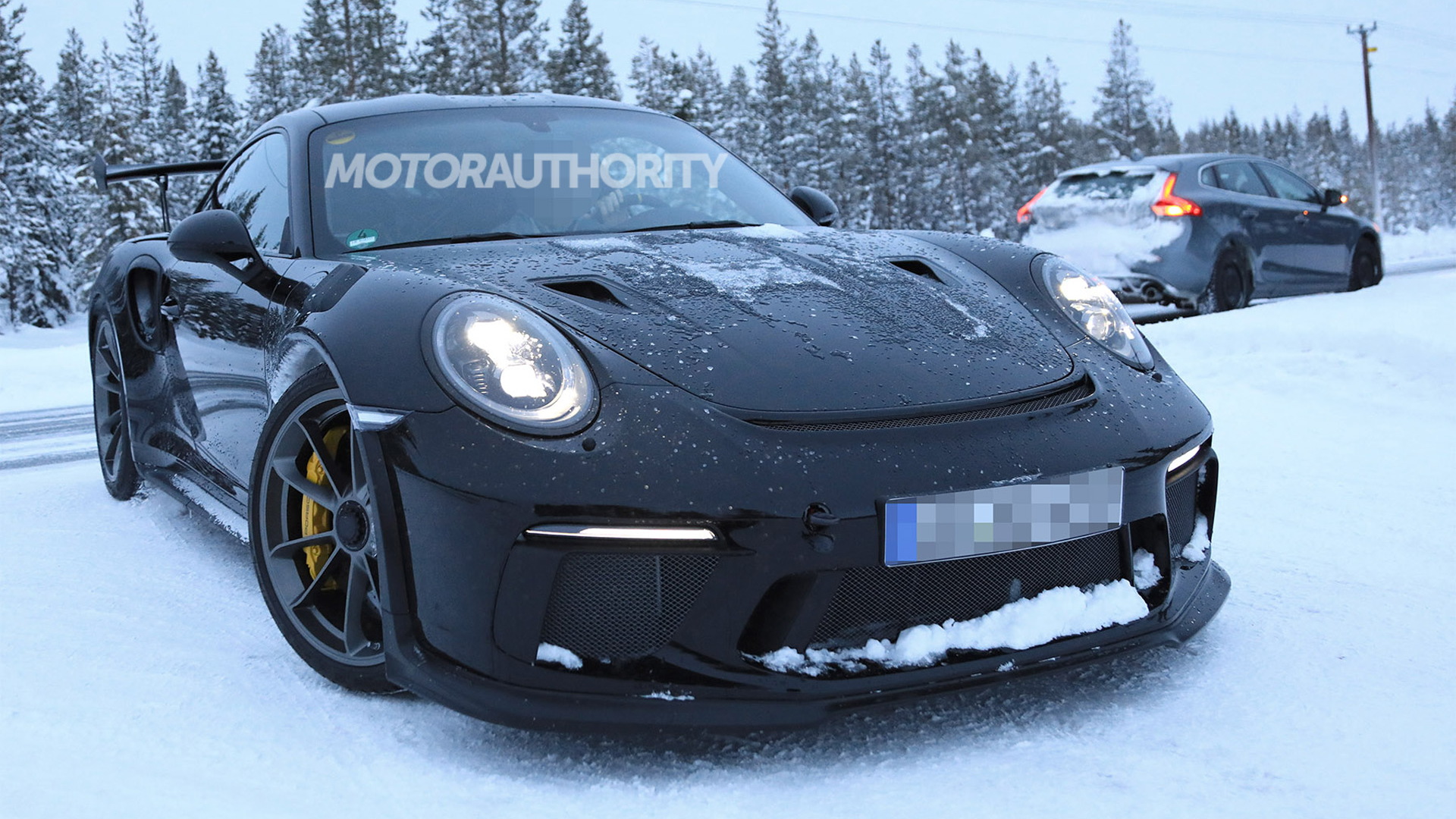 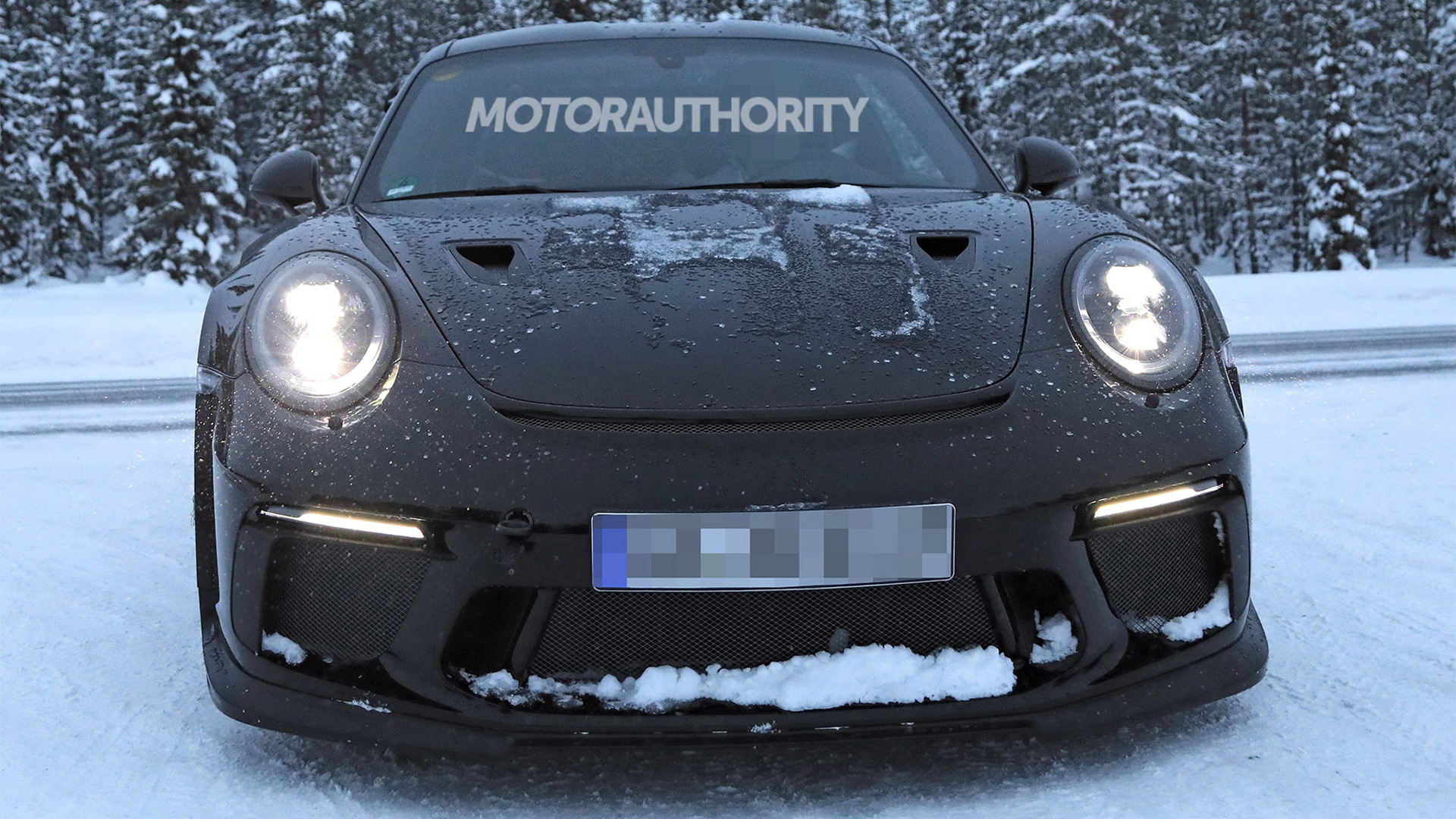 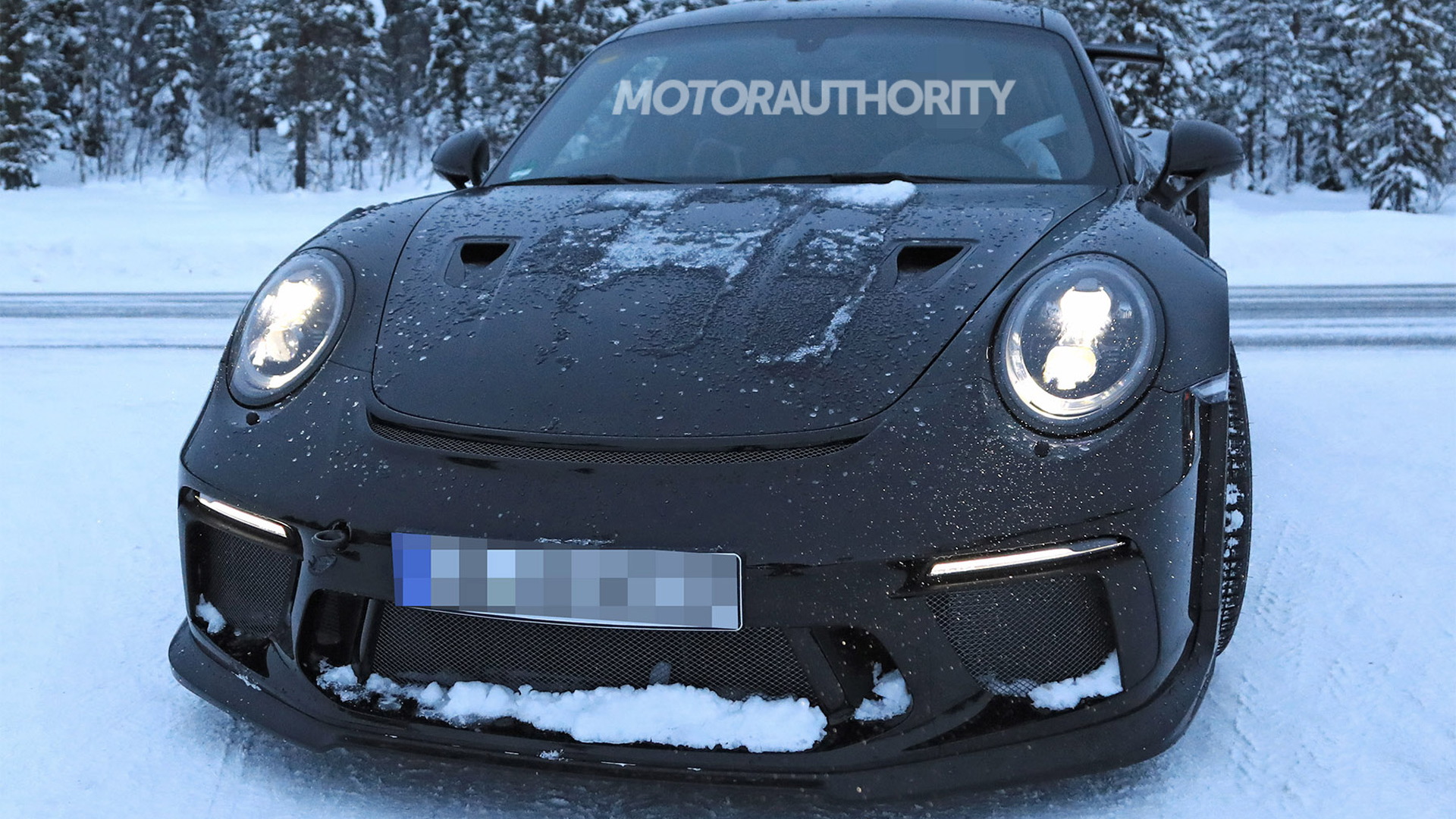 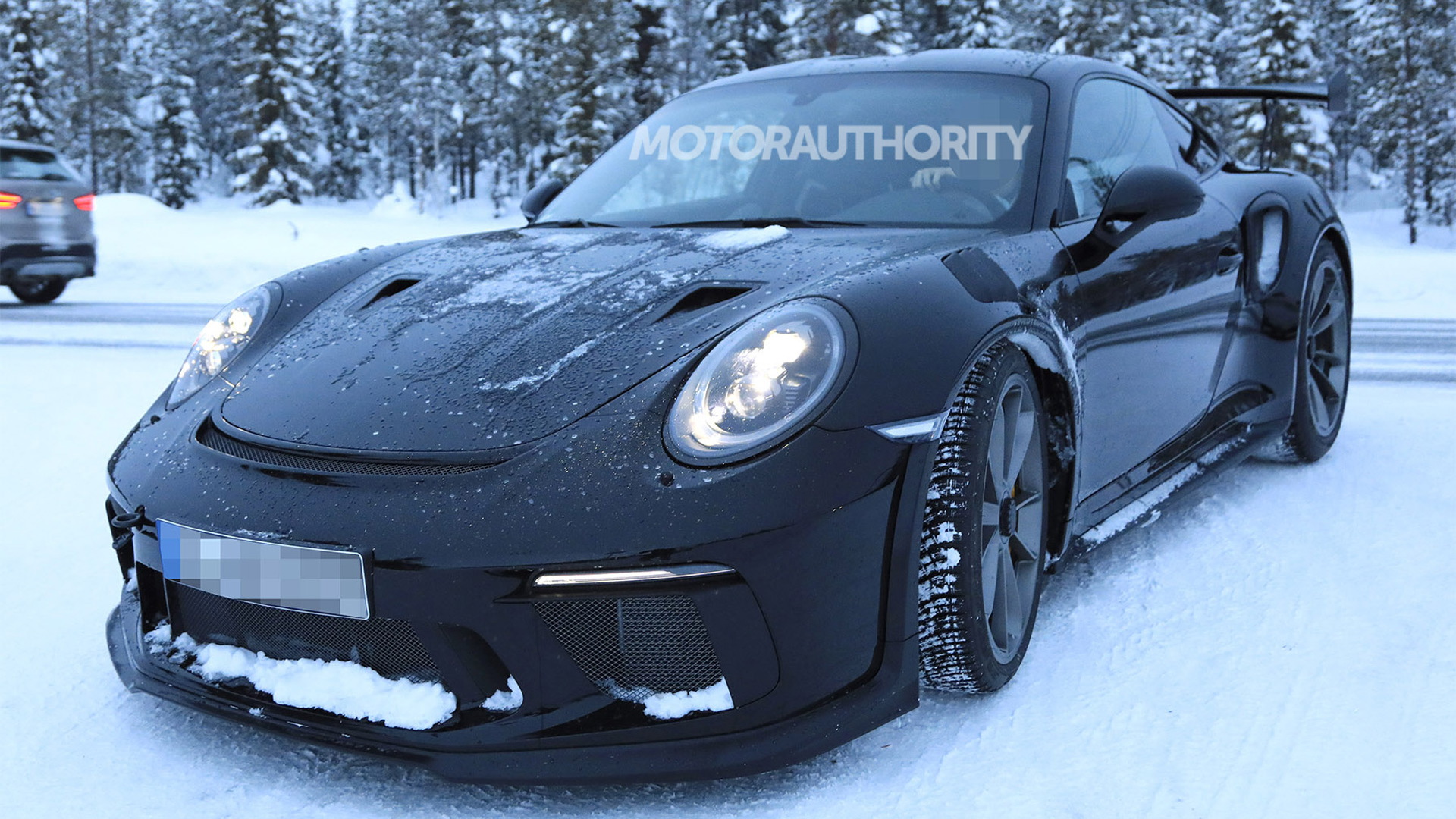 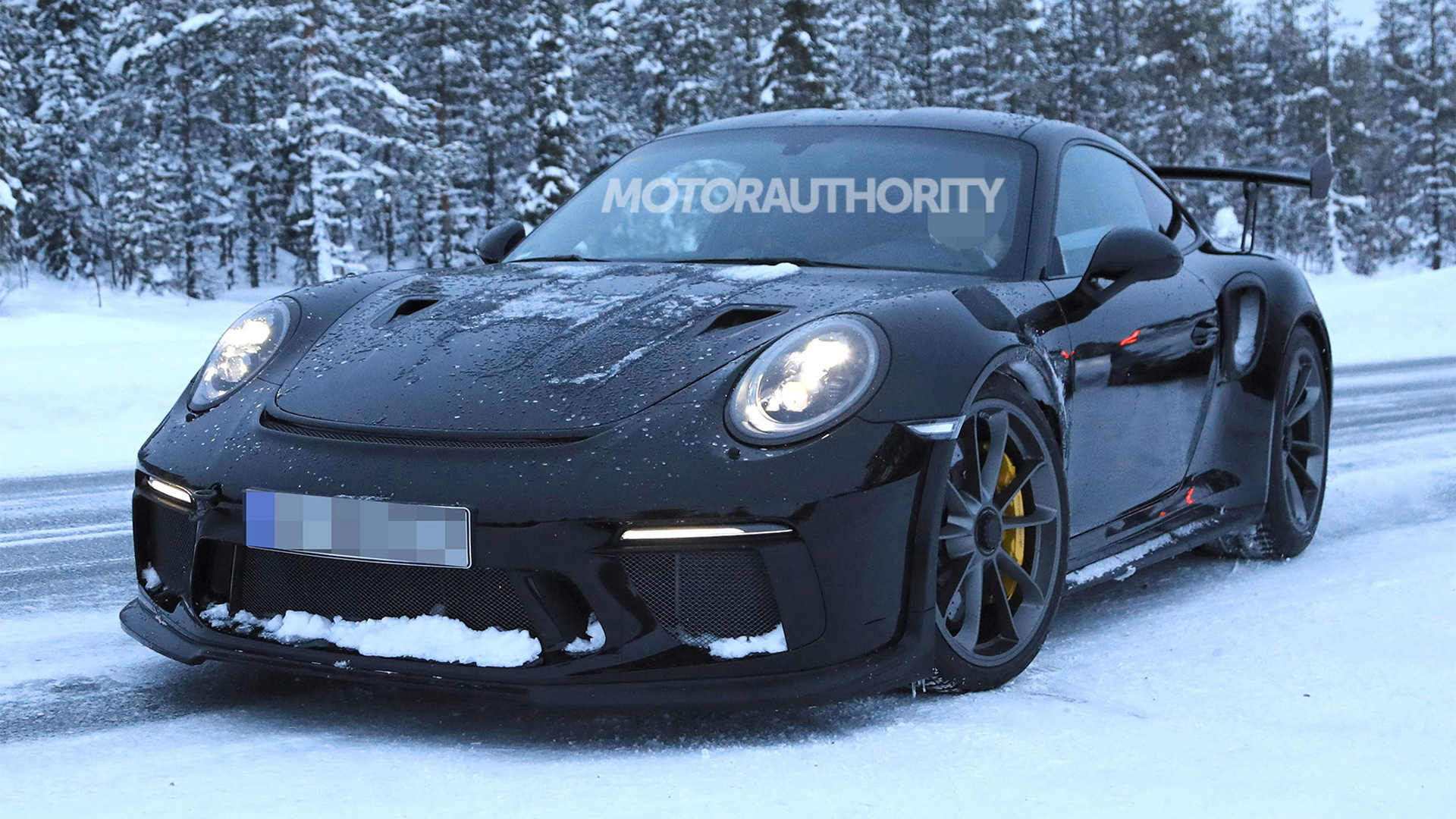 The track weapon that is the Porsche 911 GT3 RS is about to be sharpened just a little bit more.

Our spy shots and video reveal a prototype for an updated GT3 RS that we’re expecting to be revealed next month at the 2018 Geneva International Motor Show. Official photos of the car have already leaked.

It features the new front bumper of the recently udpated 911 GT3 as well as a new hood complete with NACA ducts. Since there's no engine under here, it's likely the ducts are part of a new aerodynamic feature or perhaps used to channel air to the brakes. The rear fascia also sports some tweaks and there appear to be some revisions to the rear wing and ducktail spoiler as well.

A 4.0-liter flat-6 remains in the rear, though the horsepower has been bumped up by 20 horses to a new total of 520 hp. This was achieved via an increase in revs to a maximum 9,000 rpm, and should see the GT3 RS hit 62 mph in 3.2 seconds, or 0.1 of a second quicker than before. Drive is still to the rear wheels via a 7-speed dual-clutch transmission.

Speaking of the rear wheels, the GT3 RS's rear-wheel-steering system has been sharpened and a new set of wheels measuring 20 inches up front and 21 inches in the rear have been fitted. These wheels are shod with 265/35 and 325/30 tires, respectively.

According to leaked information, we'll also see some weight savings with this update thanks to the addition of a lighter engine cover, new carbon fiber shells for the seats, and reduced sound-deadening material. Other changes in the cabin should include a new steering wheel similar to the unit fitted to the 918 Spyder hypercar, along with an updated infotainment system.

Sales could start as early as this spring, meaning we could see the car slip in as a late 2018 model year arrival. Pricing should start close to $180,000, assuming you can find one at MSRP.