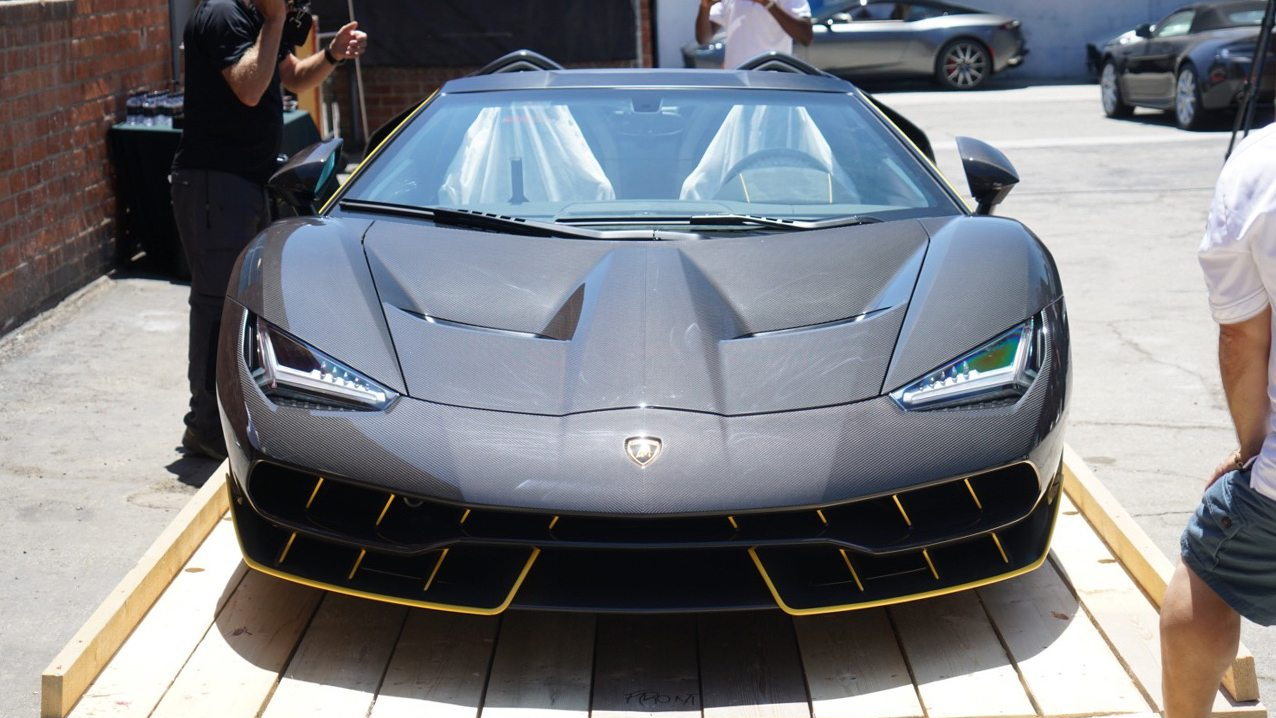 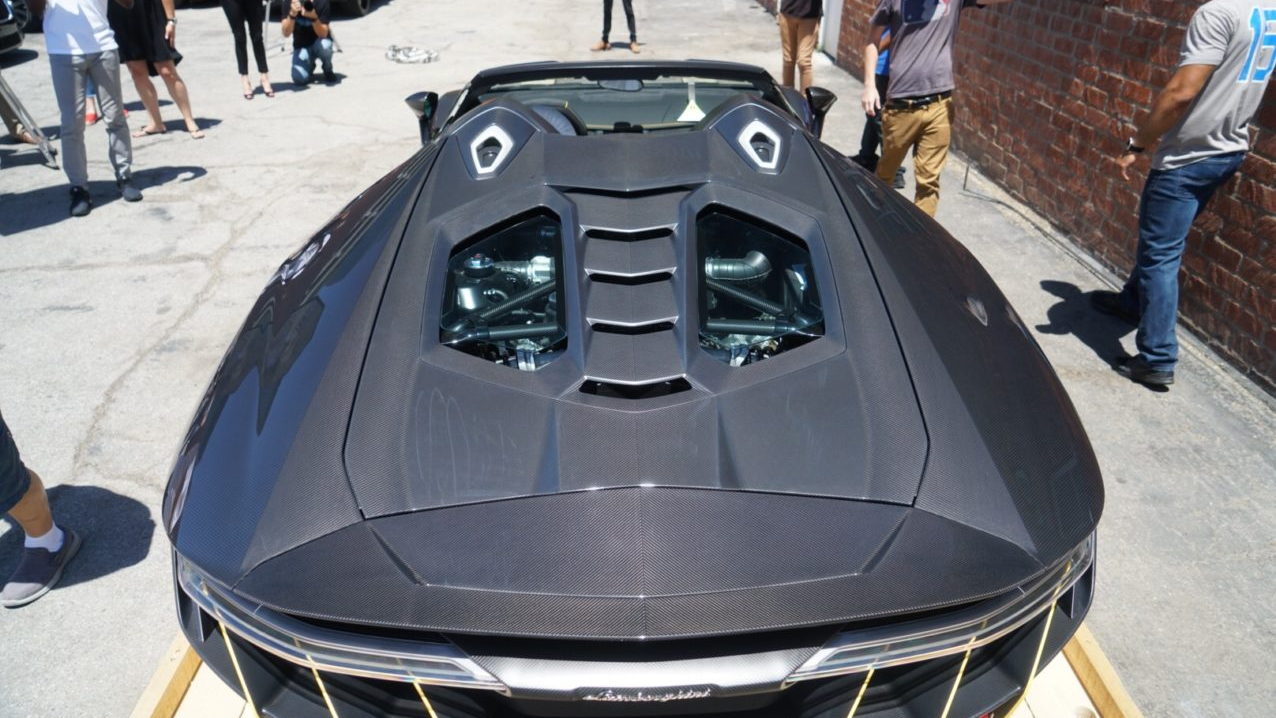 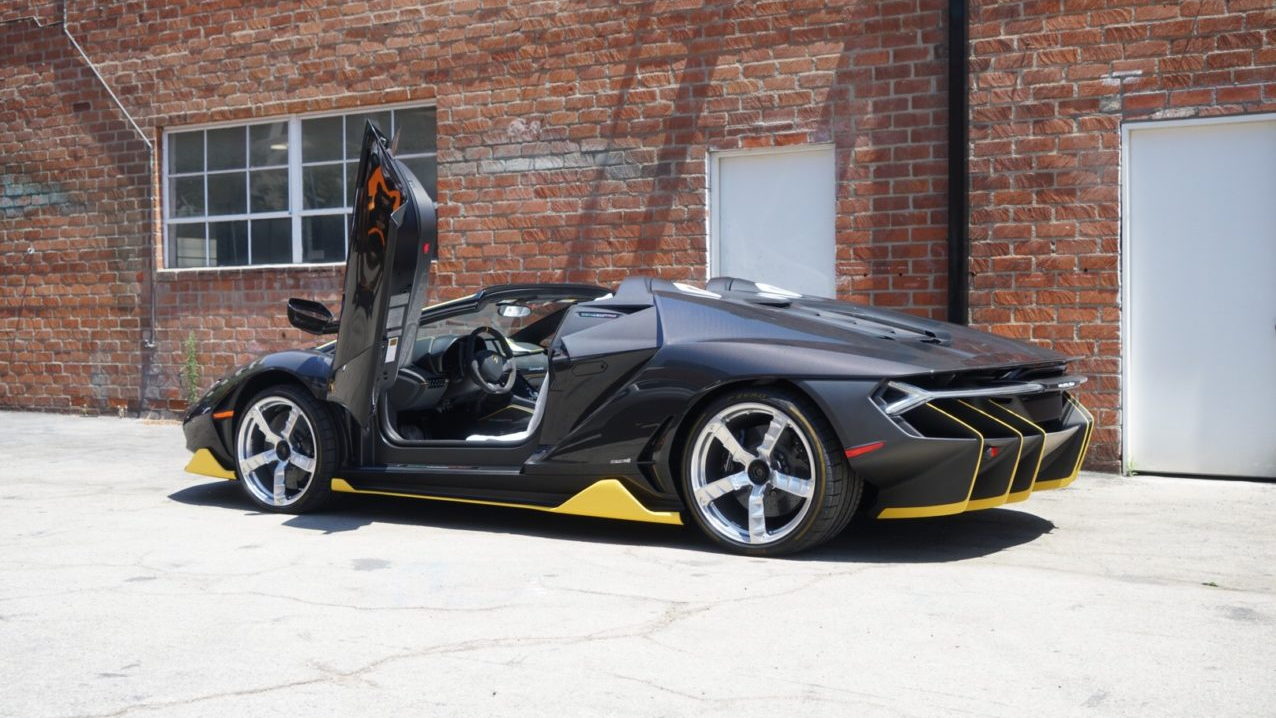 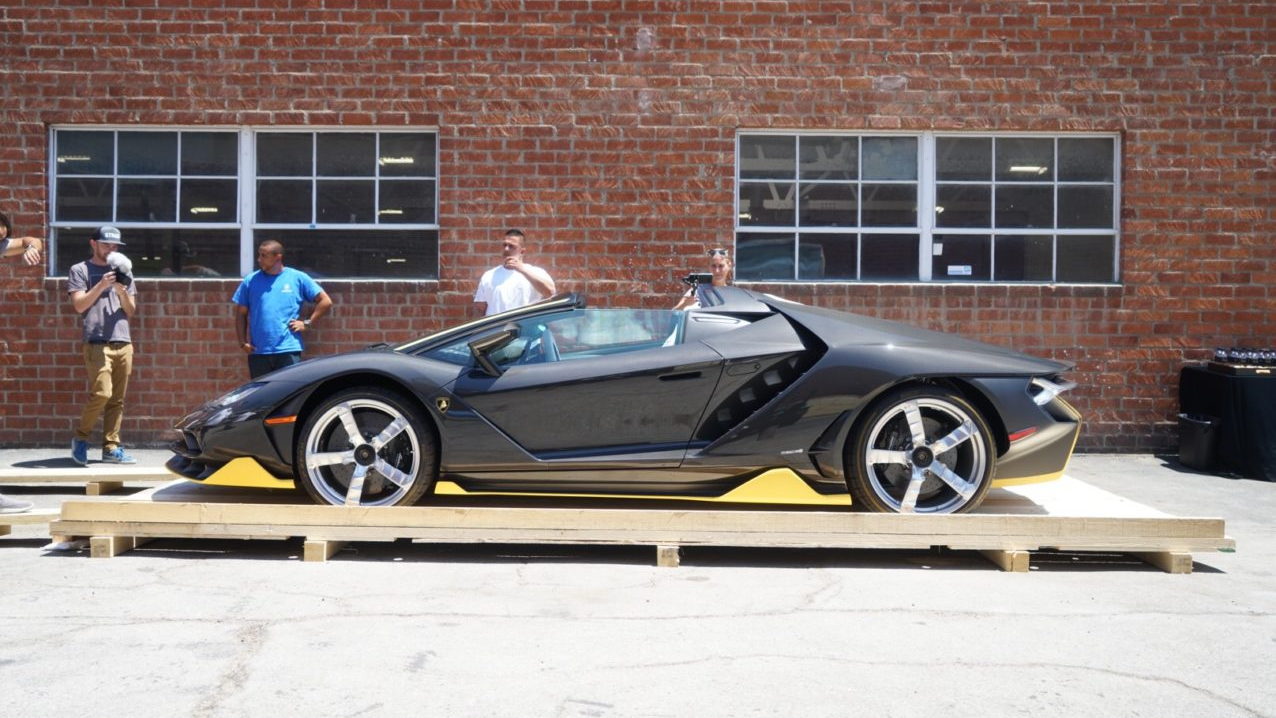 All four Lamborghini Centenario coupes slated for the United States have officially arrived in the country.

Now the first Centenario Roadster has arrived, too.

duPont Registry reports that the first of the open-top Centenarios in the country has been delivered to (shocker) Lamborghini Beverly Hills, and it looks delightful finished in exposed carbon fiber and yellow trimmings.

Two of the four Centenario coupes were also finished in exposed carbon fiber. One received red accents, while the other was finished with blue highlights. The other two are solid colors—one yellow and one baby blue. Three of the four coupes also ended up in the state of California. Car number two resides in New Jersey.

No matter the coupe or roadster, the Centenario receives a 6.5-liter naturally aspirated V-12 that produces 770 horsepower and 508 pound-feet of torque. The 0-62 mph time? That's clipped in 2.8 seconds. What about 0-186 mph? Done in 23.5 seconds. The performance feats are made possible by a higher engine limiter and high-flow intake and exhaust systems.

In total, 20 coupes and 20 roadsters will be built. Don't get any ideas, though—each of the 40 cars has a buyer. Even if the Italian supercar wasn't entirely sold out, the price for one of these special Lambos hovers around $2 million, pretty much making them unobtanium.