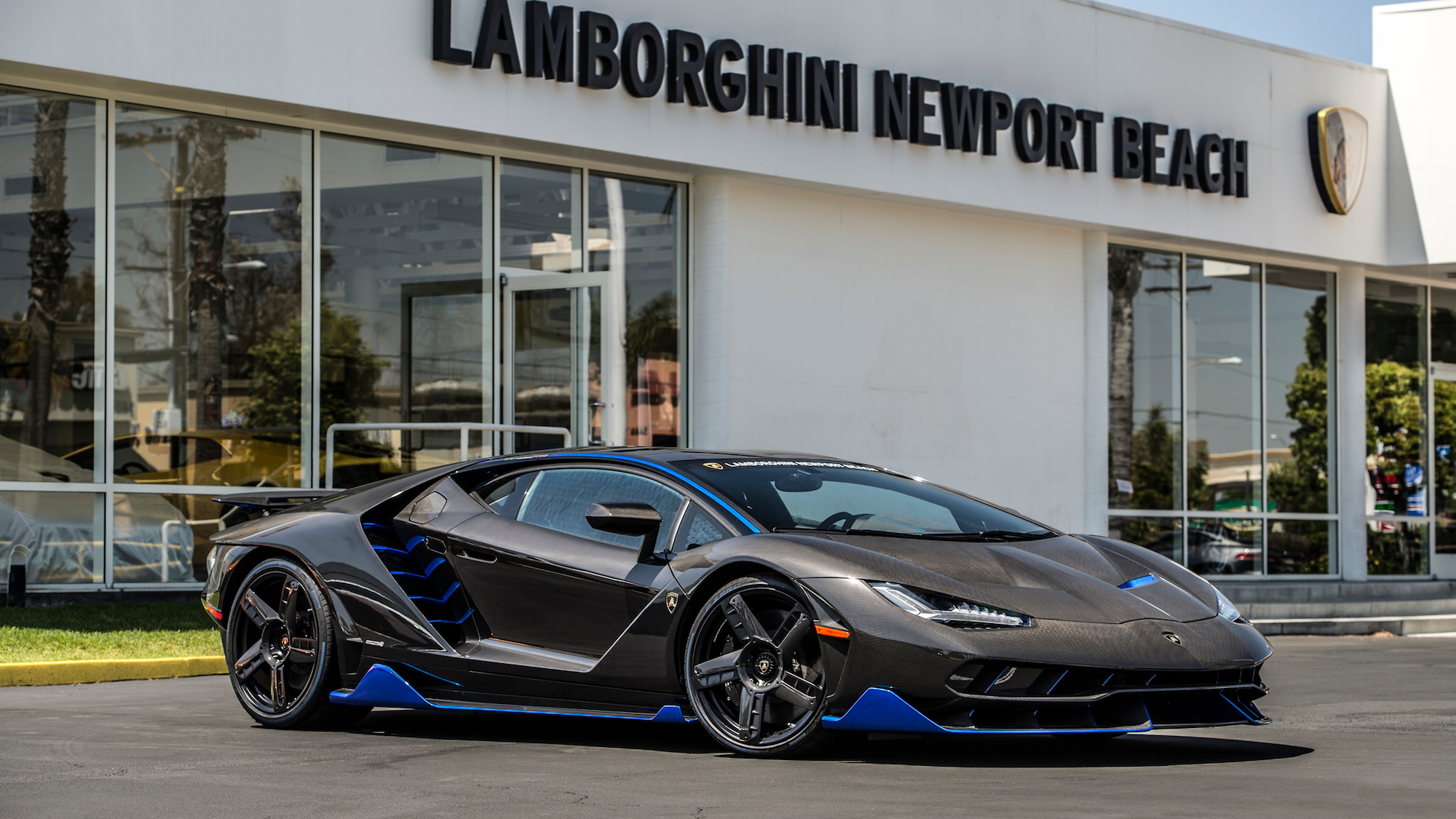 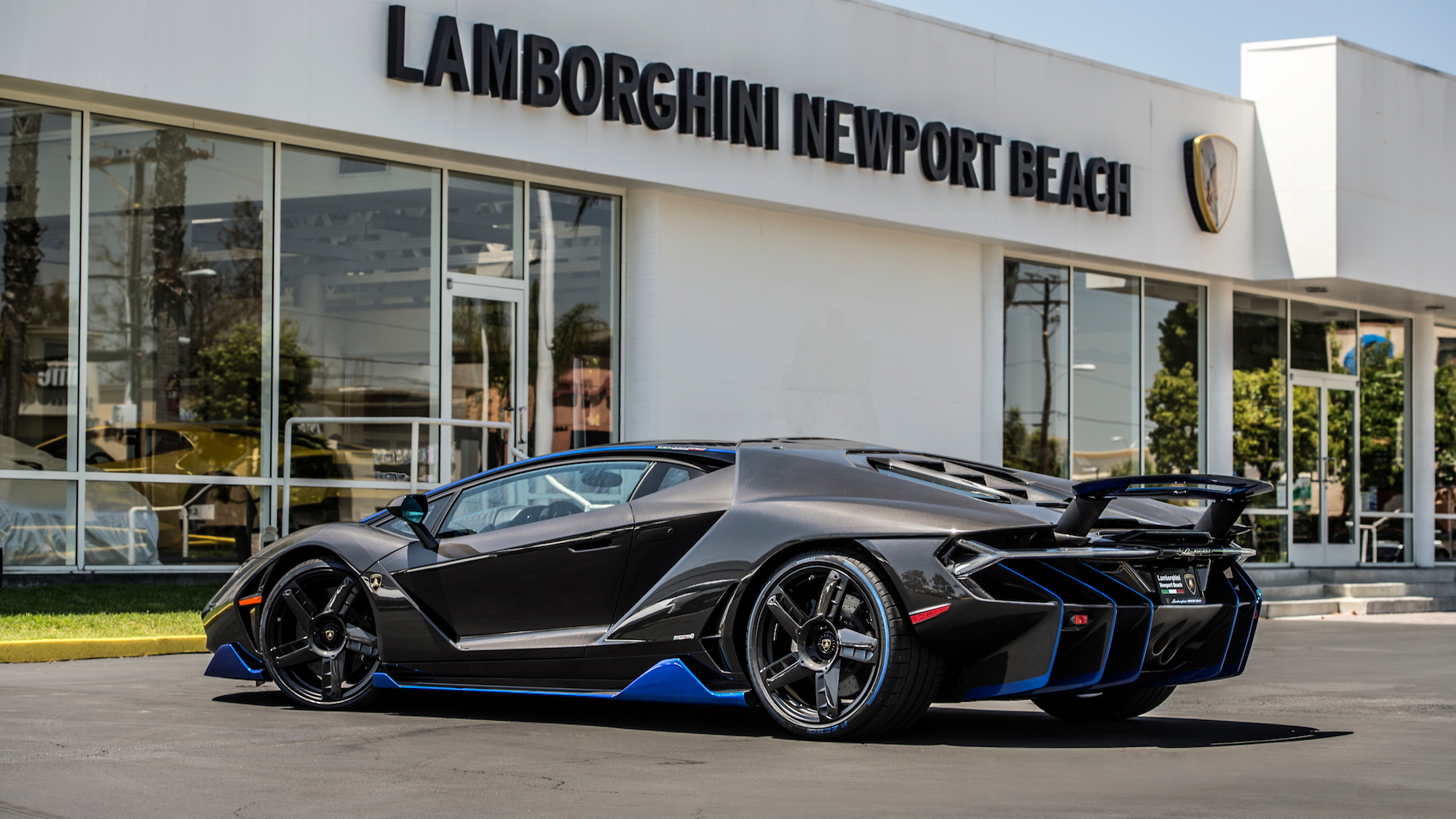 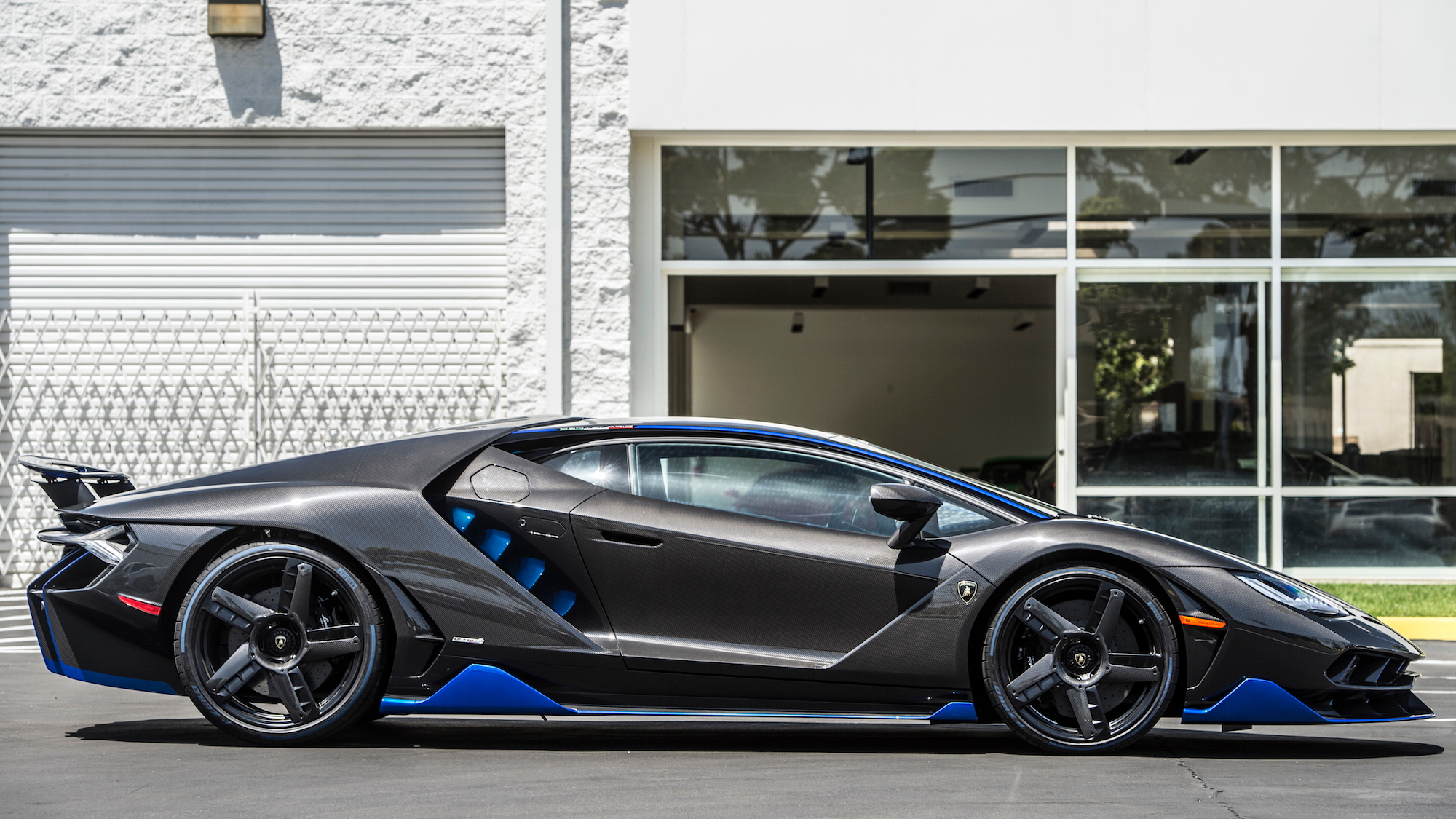 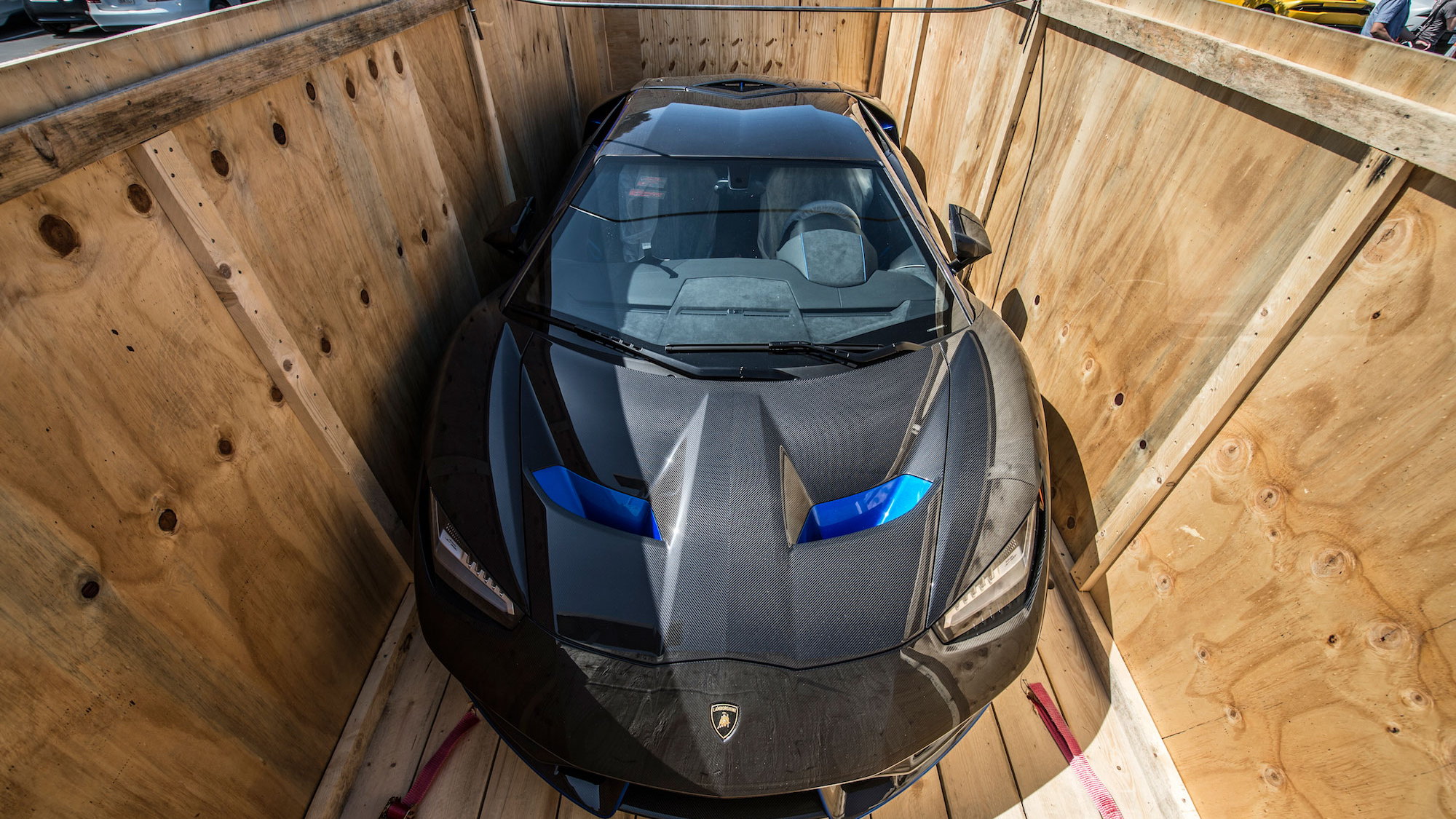 A very happy customer took delivery of a rare beast in California. Lamborghini Newport Beach played host to the first U.S-spec Centenario, which has just arrived on our shores.

The Italian automaker plans to build just 40 examples in total, with the build-out distributed between 20 coupes and 20 roadsters. Numero uno for the USA is shown here. It is finished a naked carbon-fiber body that's accented with blue bits of trim, and the result is rather stunning. We think it looks quite a bit better with the blue trim than the yellow as shown at the Geneva motor show last year.

Equally stunning, of course, is the power and performance of this devilish looking machine. Nestled just ahead of the rear axle is a 6.5-liter V-12 engine. Similar to the engine you'd find under the skin of an Aventador or even the Aventador SV, the engine in the Centenario is re-worked to wring out even more power. Thanks to a revised engine limiter, new mufflers, and re-engineered intake manifold, the Centenario bellows forth with 759 horsepower and 508 pound-feet of torque.

Shifting is done via paddles that trigger a 7-speed dual-clutch transmission. When the new owner jumps on it and clicks through those gears, he/she will be able to rocket from a standstill to 62 mph in just 2.8 seconds. The top speed is 217 mph. The price tag is around $2 million. That's for the coupe, mind you. If you want the roadster, you'll have to pay a few ticks more. Both cost a lot more than the $400K or so for an Aventador SV.

You're also too late. All the Centenarios have been sold.