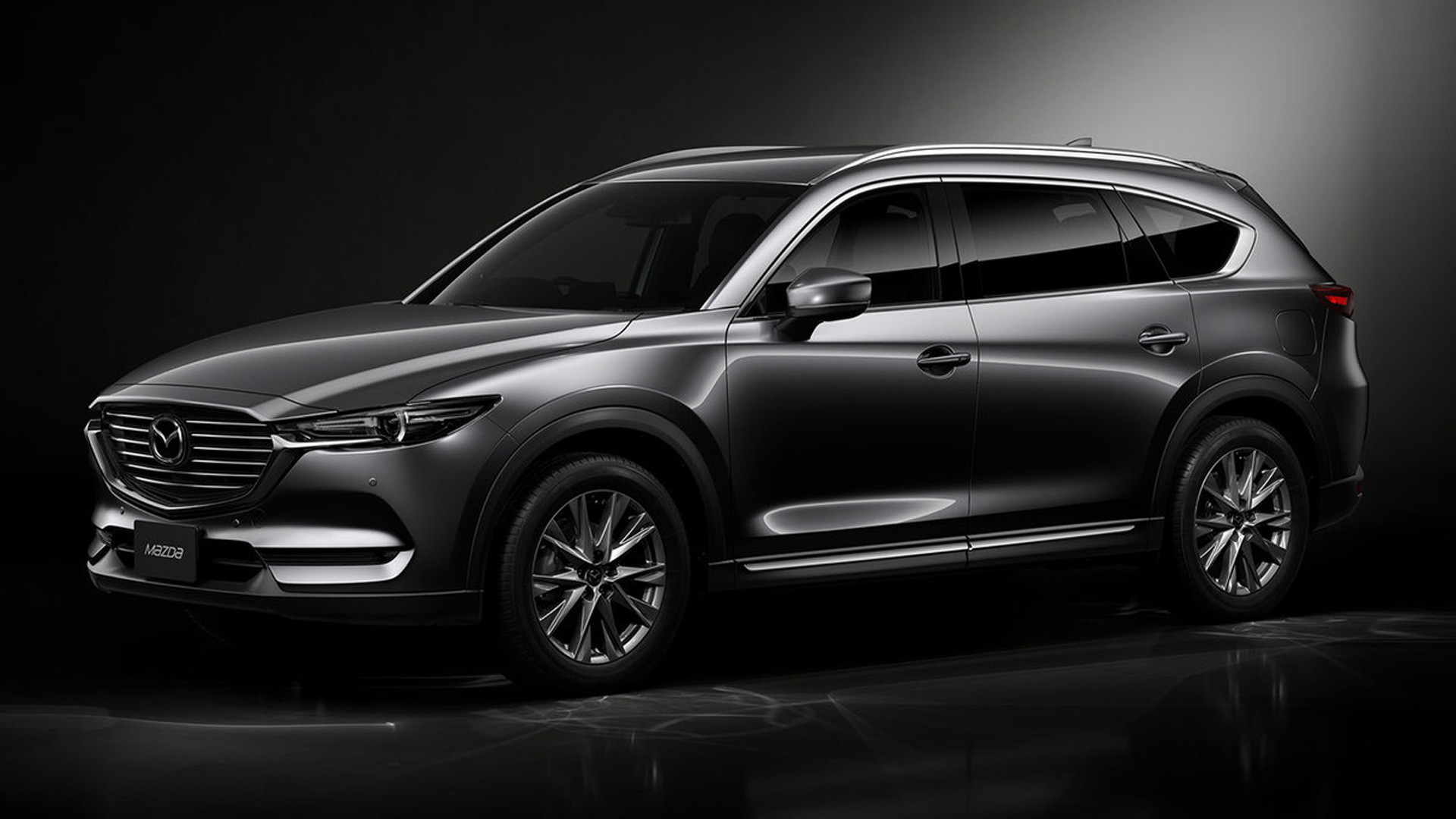 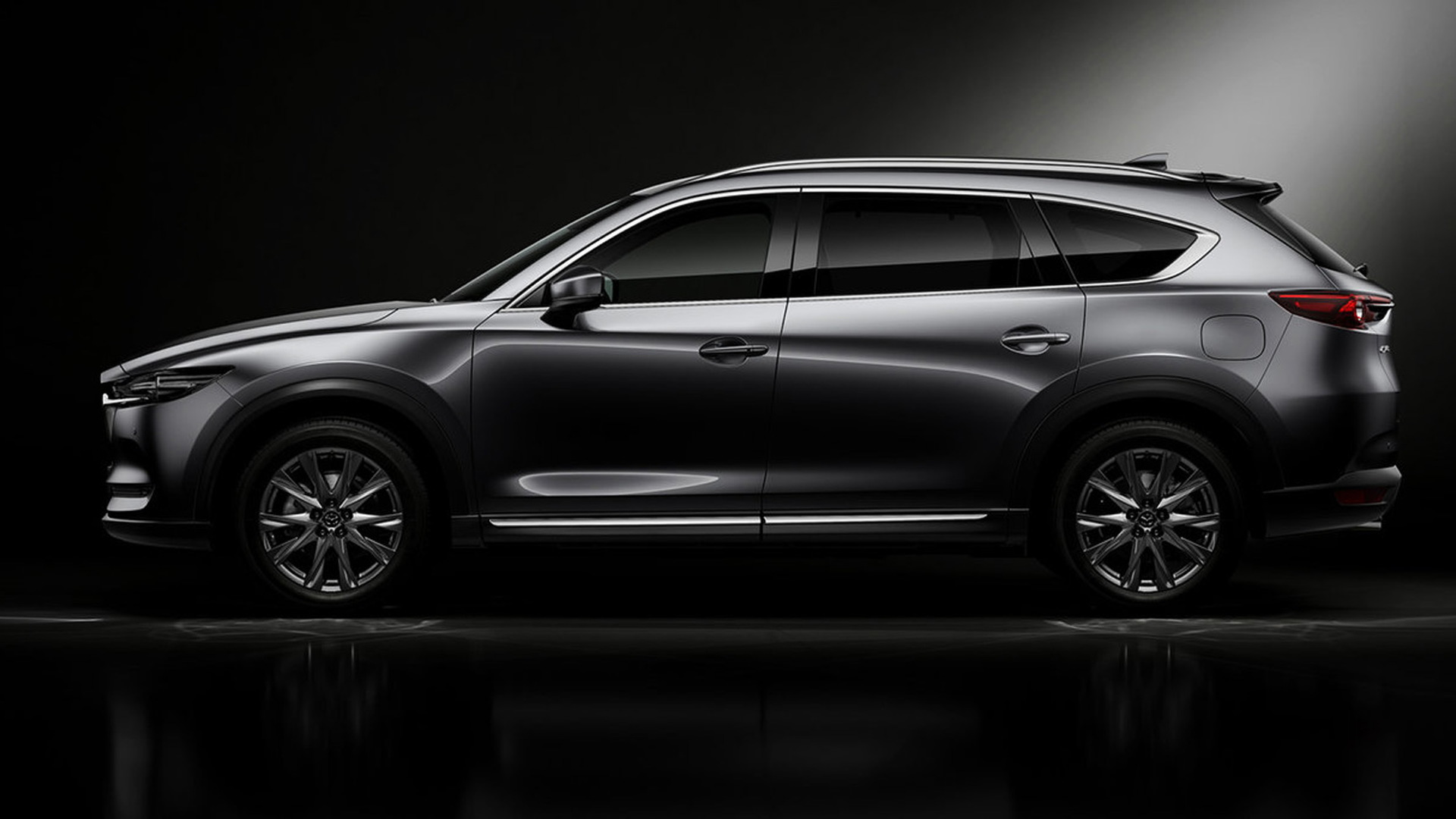 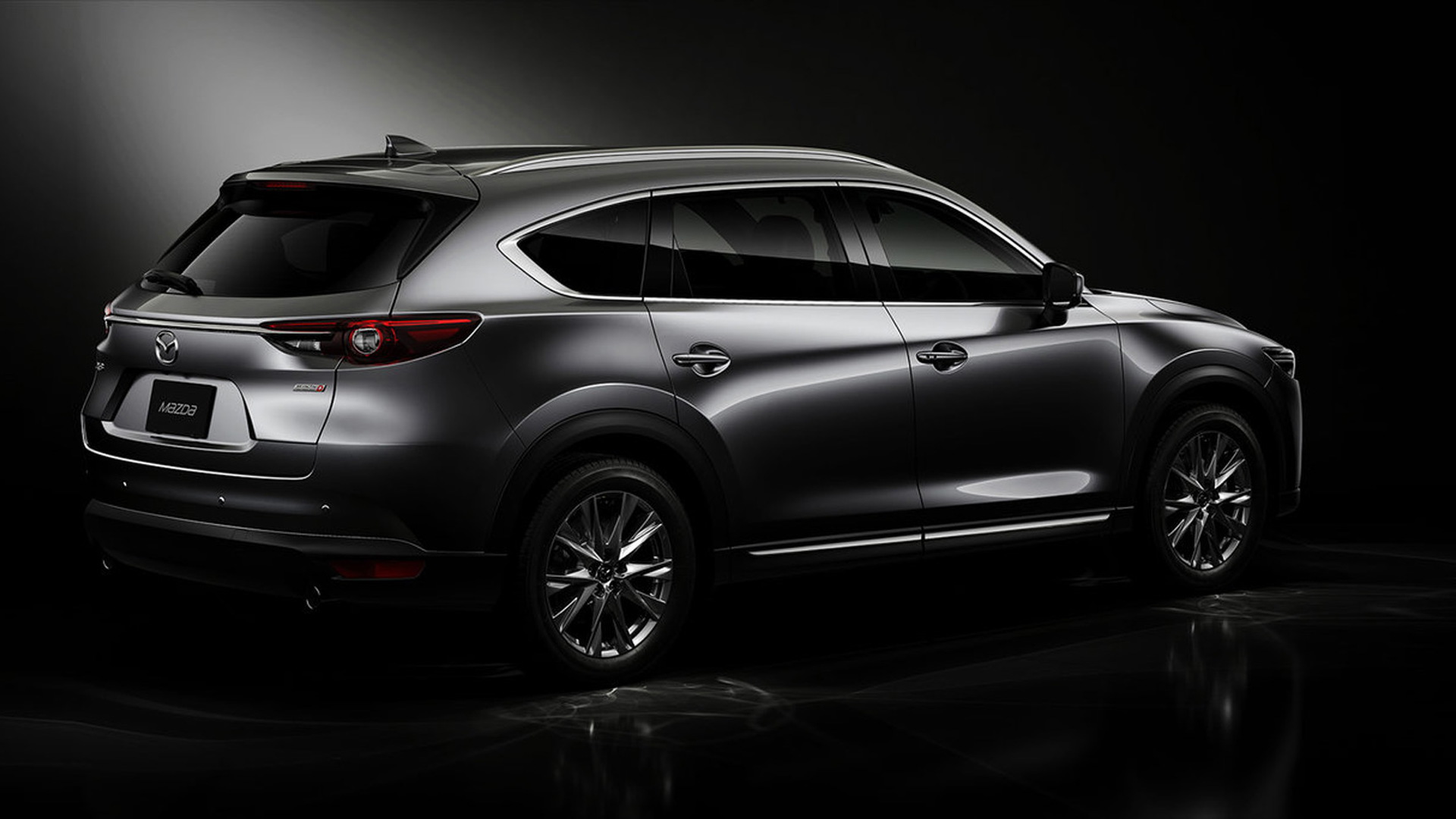 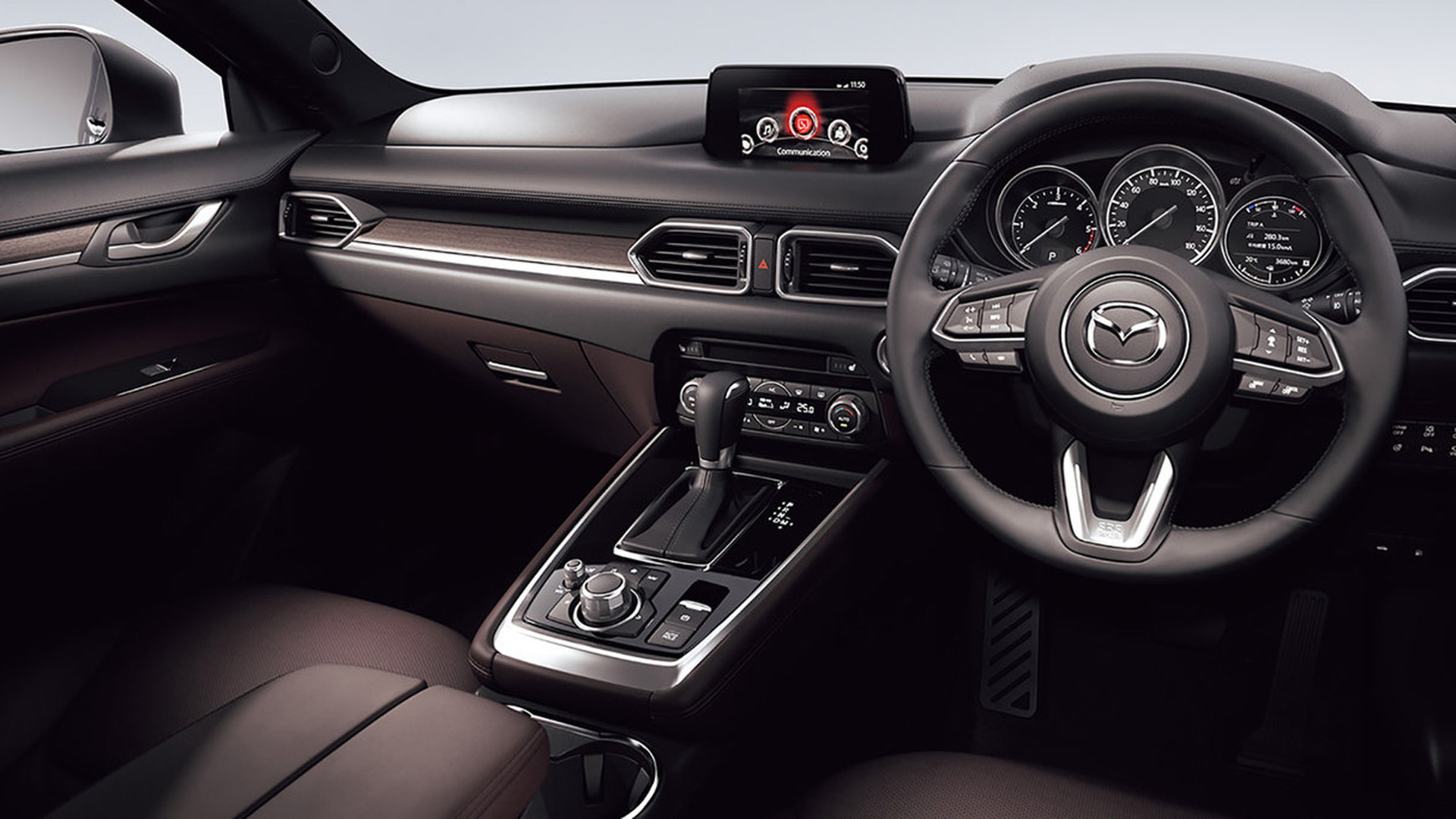 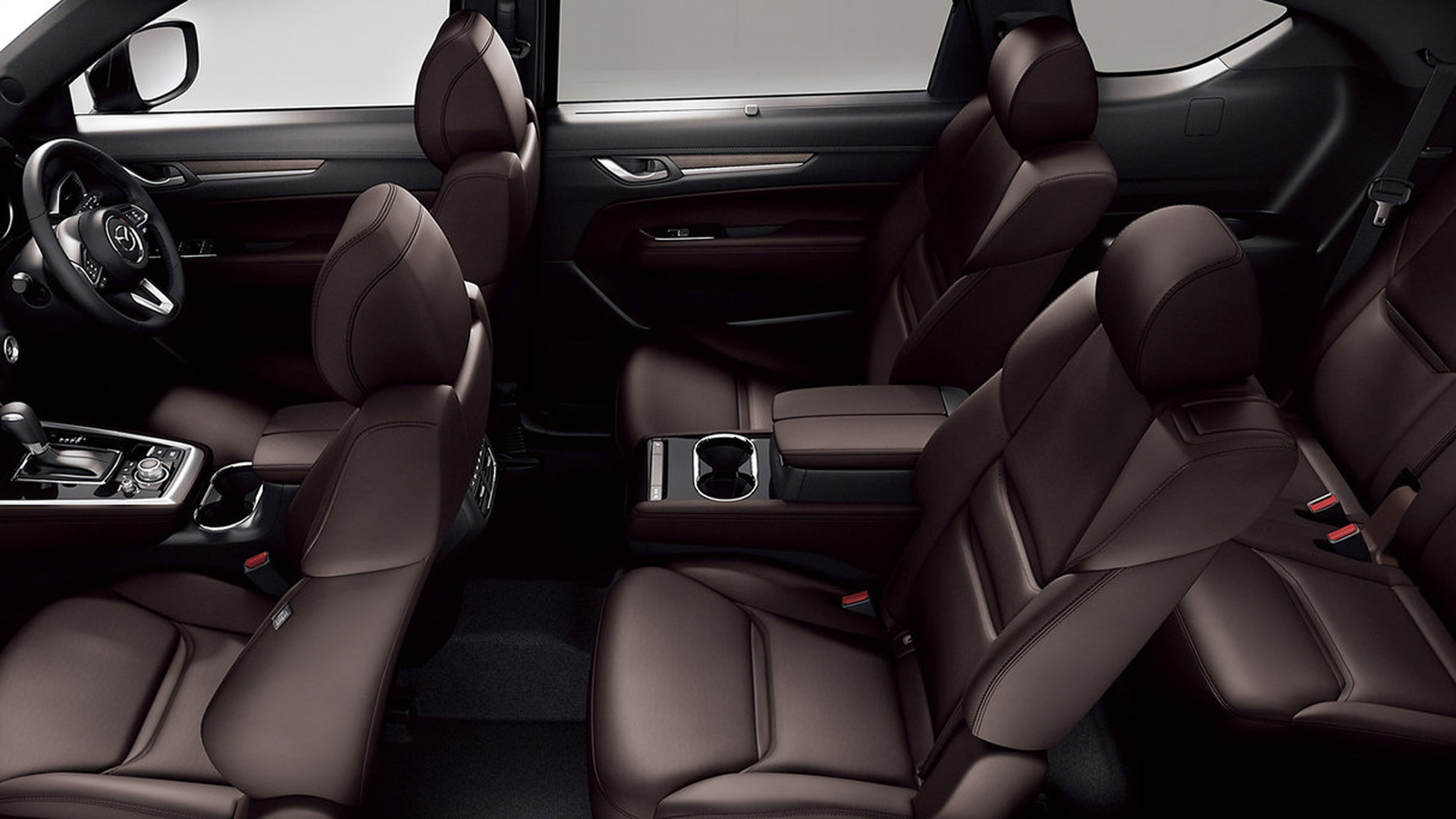 Crossover SUVs with three rows are all the rage with families, and one of the more handsome options in the mainstream segment is the Mazda CX-9. However, the CX-9 is just a tad too big for some markets so Mazda is introducing a slightly smaller, more dynamically-styled 3-row SUV called the CX-8.

The CX-8 so far has only been confirmed for Japan where Mazda’s biggest SUV at present is the CX-5. It goes on sale in December priced from $28,950.

Also like the CX-9, the CX-8 is quite the looker. The lower profile, more arching rear, and shorter rear overhang create a tighter, sportier stance similar to that of the China-only CX-4. According to Mazda, the goal was to create something that was modern and edgy but also timeless. The designers also wanted a more upmarket feel, achieved via careful consideration of colors and materials.

The sole powertrain at launch is a 2.2-liter turbocharged inline-4 diesel, tuned here to deliver 187 horsepower and 332 pound-feet of torque. This engine has been confirmed for sale in the United States, though it’s not yet known in which model.

In the CX-8, front-wheel drive is standard though buyers can opt for all-wheel drive. The only transmission is a 6-speed automatic. Mazda also includes its G-Vectoring Control system which using the engine to enhance chassis performance. It does so by controlling the level of torque based on steering inputs, in order to control the vertical load on each axle and thus improve traction.

For the cabin, buyers can choose between or six or seven seats. With the former, the second row has an armrest and cupholders taking up the middle seat. With the seats up, the trunk offers 8.44 cubic feet of storage. Folding down the third row increases the space to just over 20 cubic feet.

Premium materials also abound in the cabin. Specially selected Nappa leather upholstery and real wood trim are available and add a feeling of quality. Also available are some handy electronic driver aids including a surround-view camera.

The CX-8 would probably prove a hit outside of Japan. Let’s hope Mazda is smart enough to bring it here.