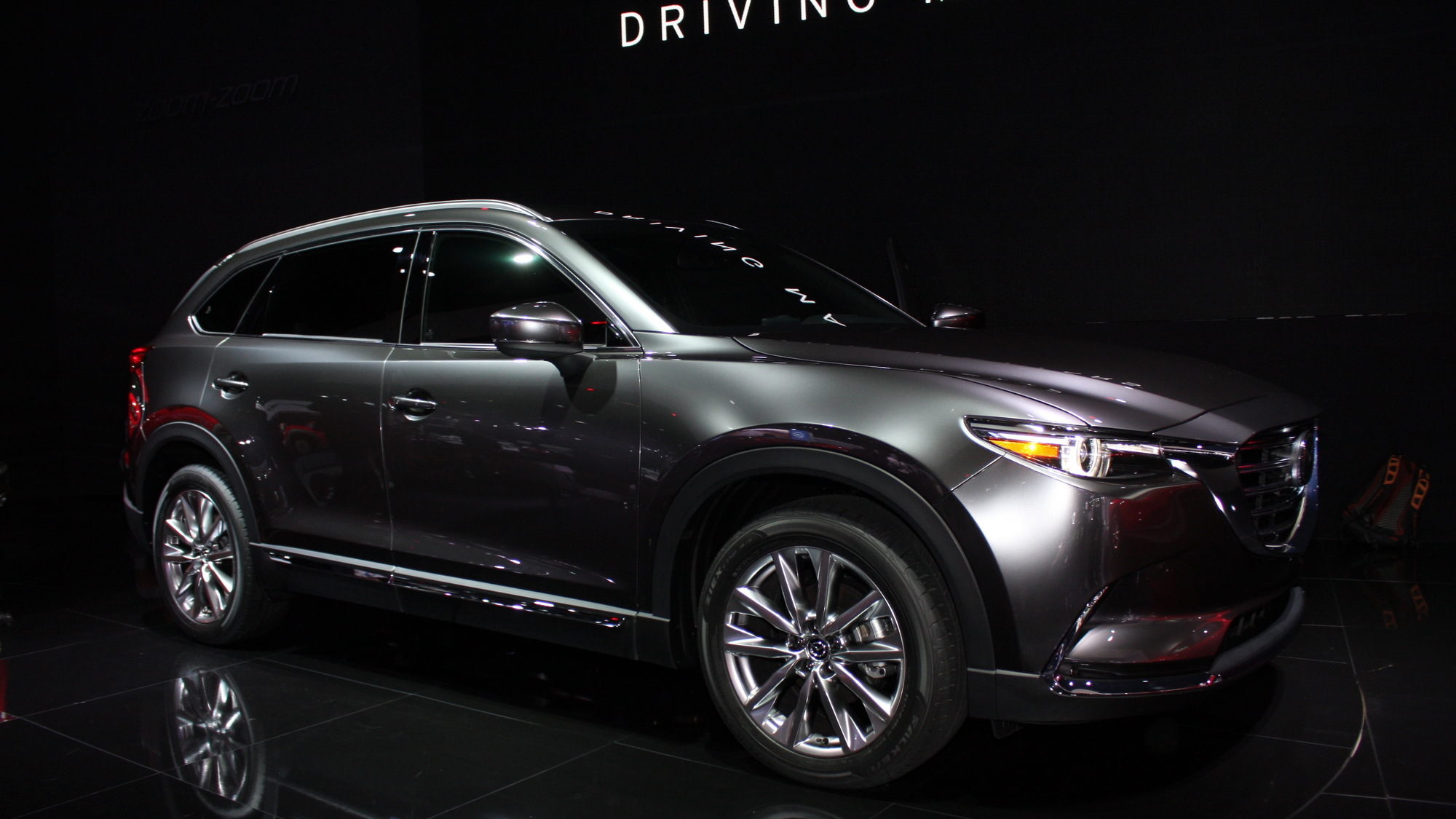 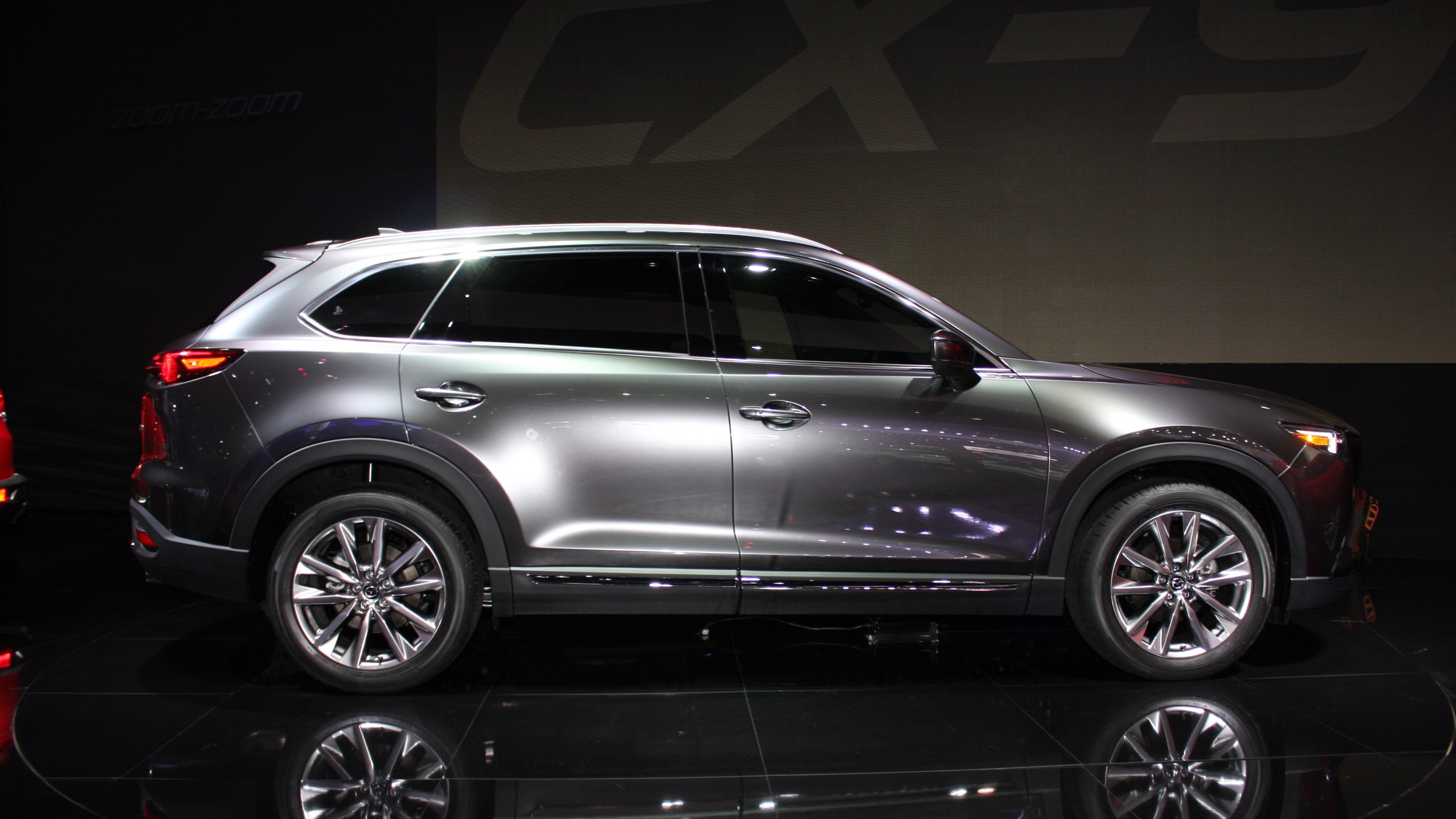 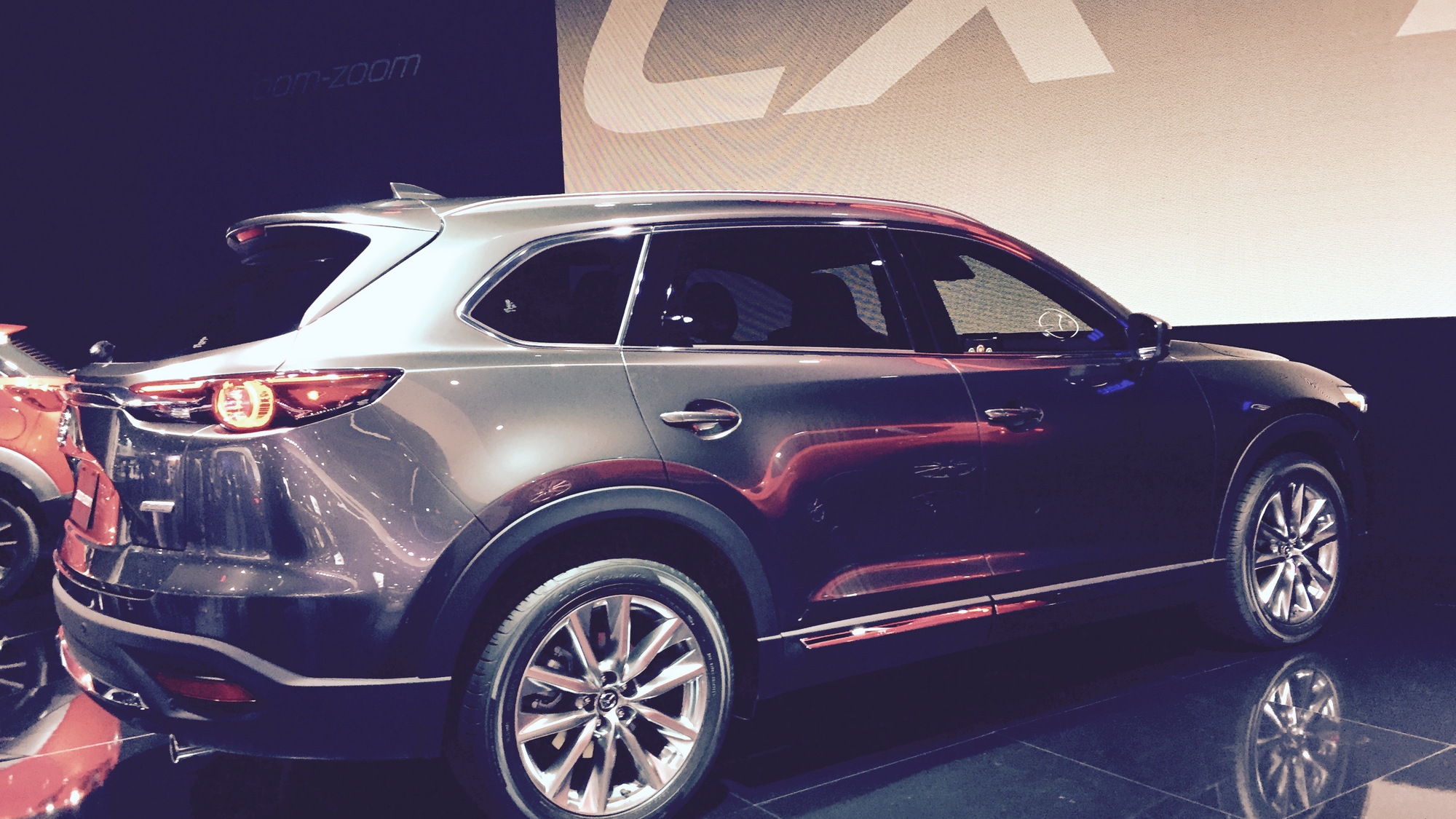 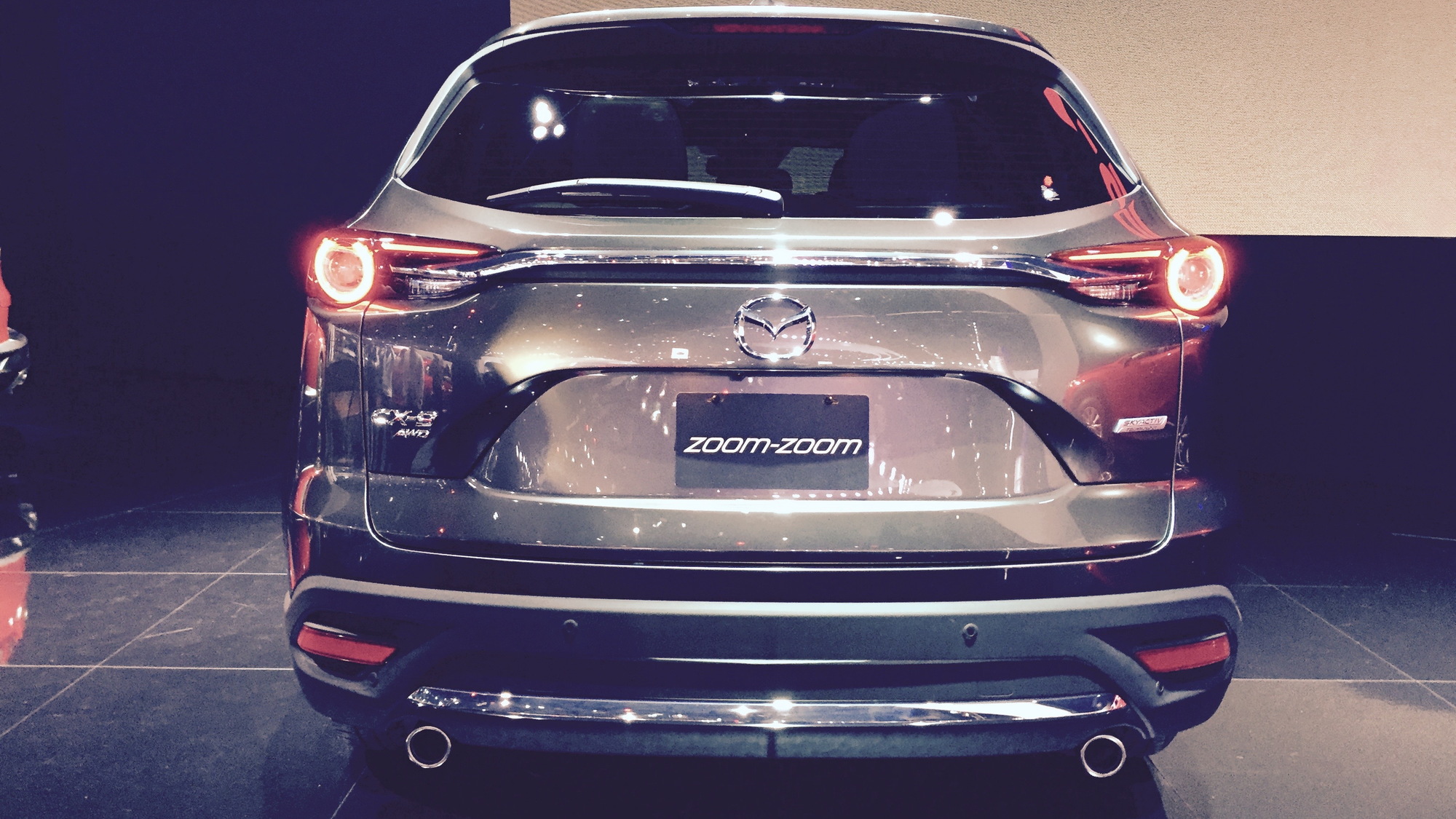 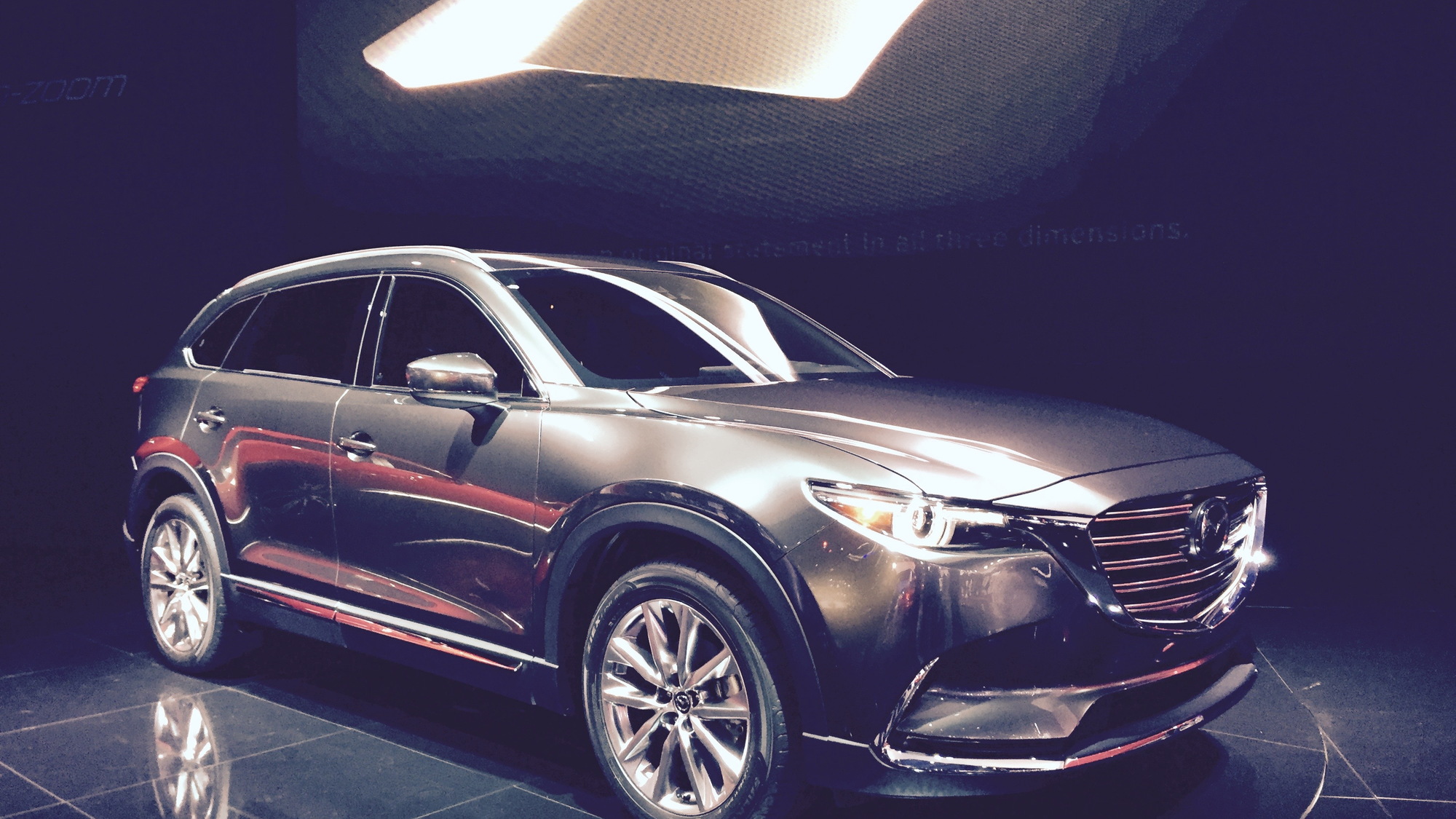 Normally, a vehicle like the Mazda CX-9 isn’t reason to get excited but we’d say the opposite is true for the latest 2016 model. On show this week at the 2015 Los Angeles Auto Show, the 2016 Mazda CX-9 sports one of the most impressive three-row crossover designs, and if that wasn’t enough the car also packs a powerful turbocharged engine.

This is actually the first complete redesign of the CX-9 since the original’s debut back in 2006. It shares a platform with the latest Mazda 6 sedan and features possibly the most daring iteration of Mazda’s ‘KODO—Soul of Motion’ design language. There’s a long hood, swept greenhouse, short overhangs and wheels pushed to the corners—traits you’d normally find on a sporty grand tourer and not a family hauler.

At 199.4 inches in length, the 2016 CX-9 is 1.2 in shorter than its predecessor, but its wheelbase has been stretched 2.2 in, benefiting passenger leg room as well as entry to and exit from the rear. Adding to the sporty stance of the vehicle are its large wheels, with diameter sizes ranging from 18-20 in.

The cabin design is also impressive thanks to a clean, unfussy dash layout and premium materials that include things like Nappa leather, Japanese rosewood and aluminum.

One of the areas of focus during the design of the cabin was noise, vibration and harshness levels. In this regard, as much as 53 pounds of sound-deadening materials were used to keep things quiet—this despite the vehicle losing as much as 287 lb compared to the predecessor in some configurations.

Here at Motor Authority, the real star of the 2016 CX-9 is its turbocharged engine. The new unit is a four-cylinder that displaces 2.5 liters and called the SkyActiv-G 2.5T. Peak output is 250 horsepower and 310 pound-feet of torque, with the latter generated as low as 2,000 rpm. The standard transmission is a six-speed auto, and buyers can choose all-wheel drive instead of the standard front-wheel-drive setup.

An interesting technology on the engine is its Dynamic Pressure Turbo system. This has the ability to control the flow of exhaust gasses entering the turbo. At lower revs the gas is squeezed through a smaller opening to build pressure and help spool up the turbo quicker. At higher revs, a secondary valve opens up to help normalize the pressure (maximum boost pressure is 17.4 psi)—fingers crossed we see this engine in other Mazda models such as a Mazdaspeed 3.

Other technologies fitted to the 2016 CX-9 include LED headlights, Mazda Connect infotainment and the i-ActivSense suite of electronic driver aids and safety features.