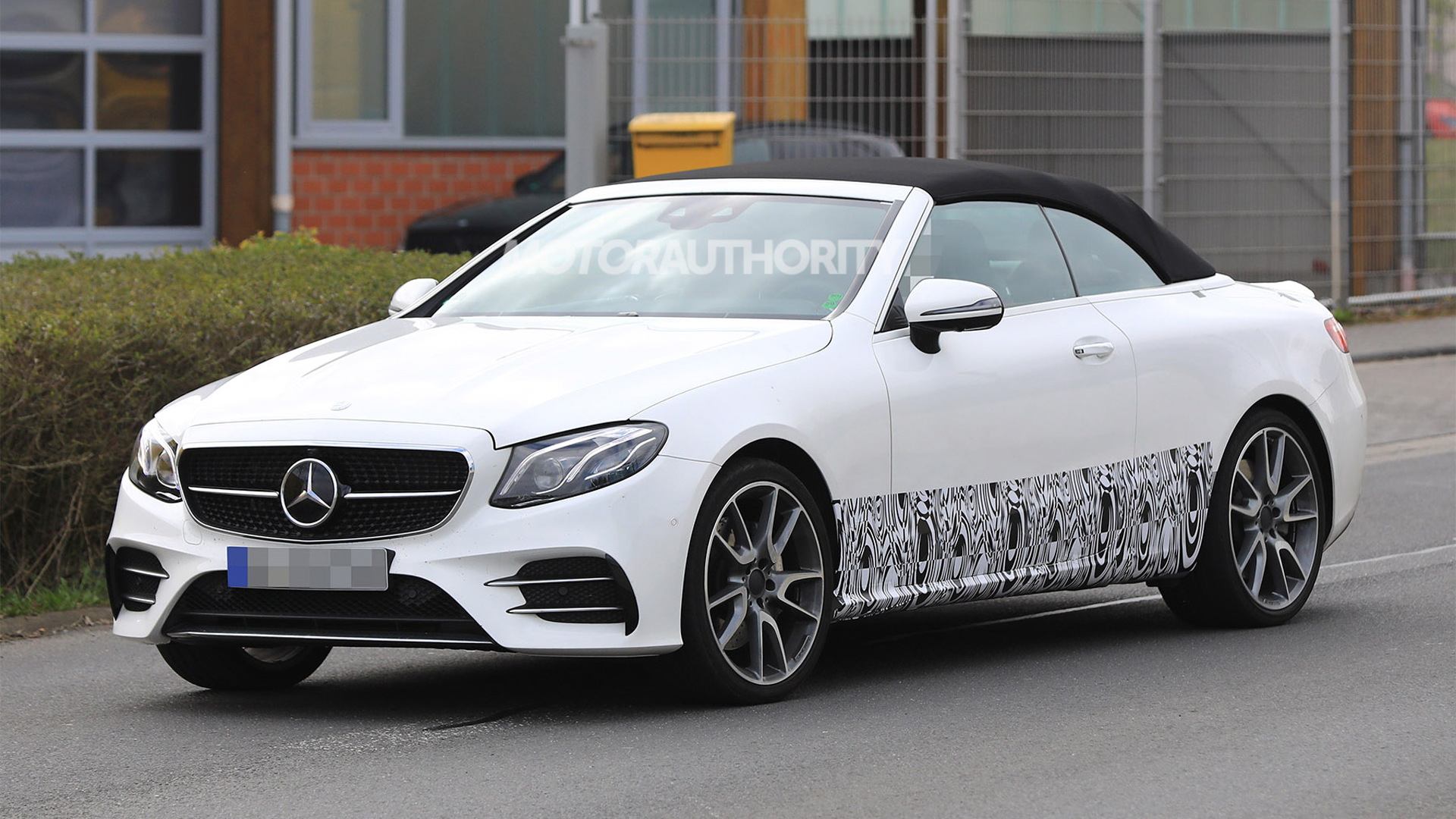 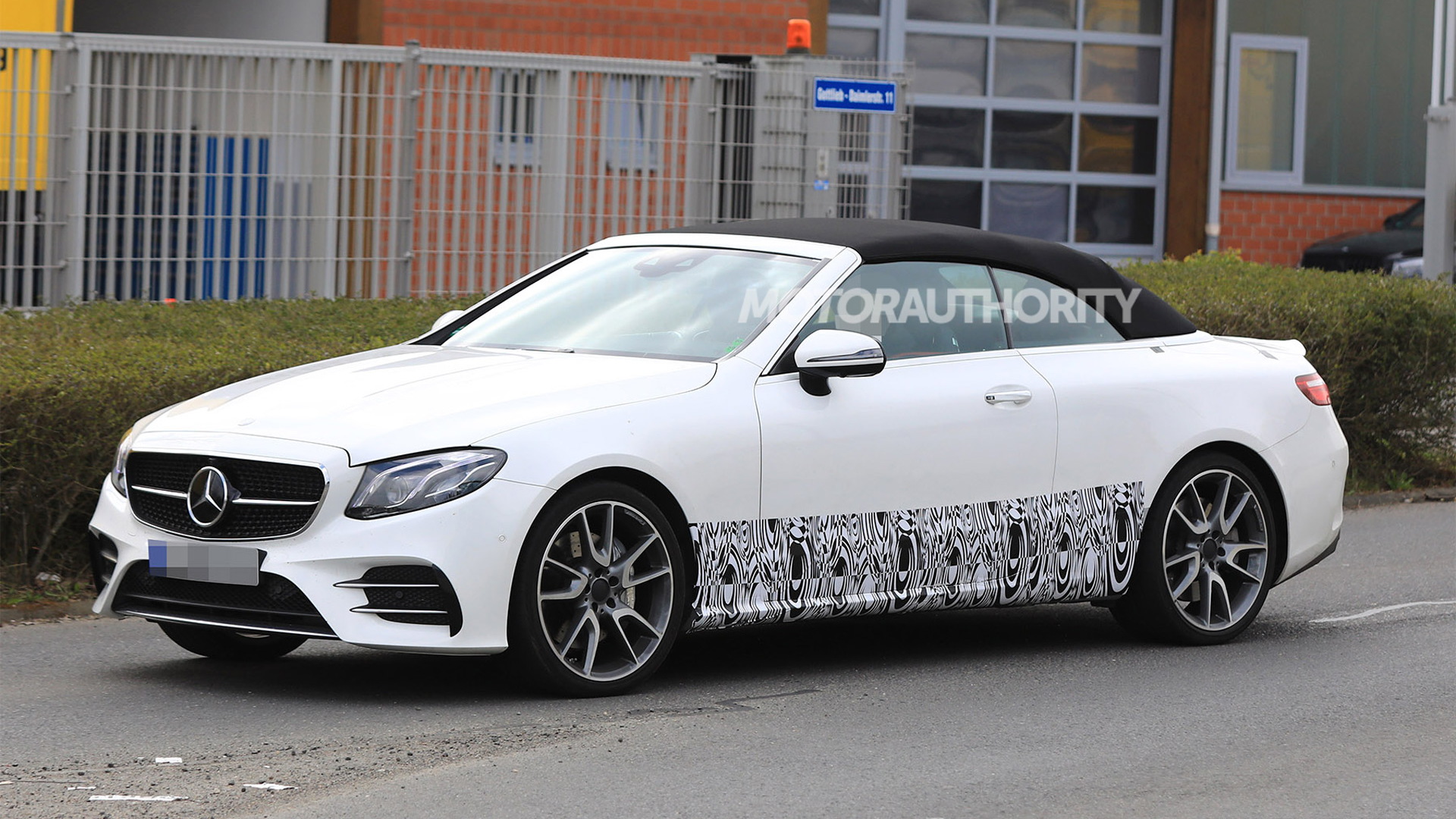 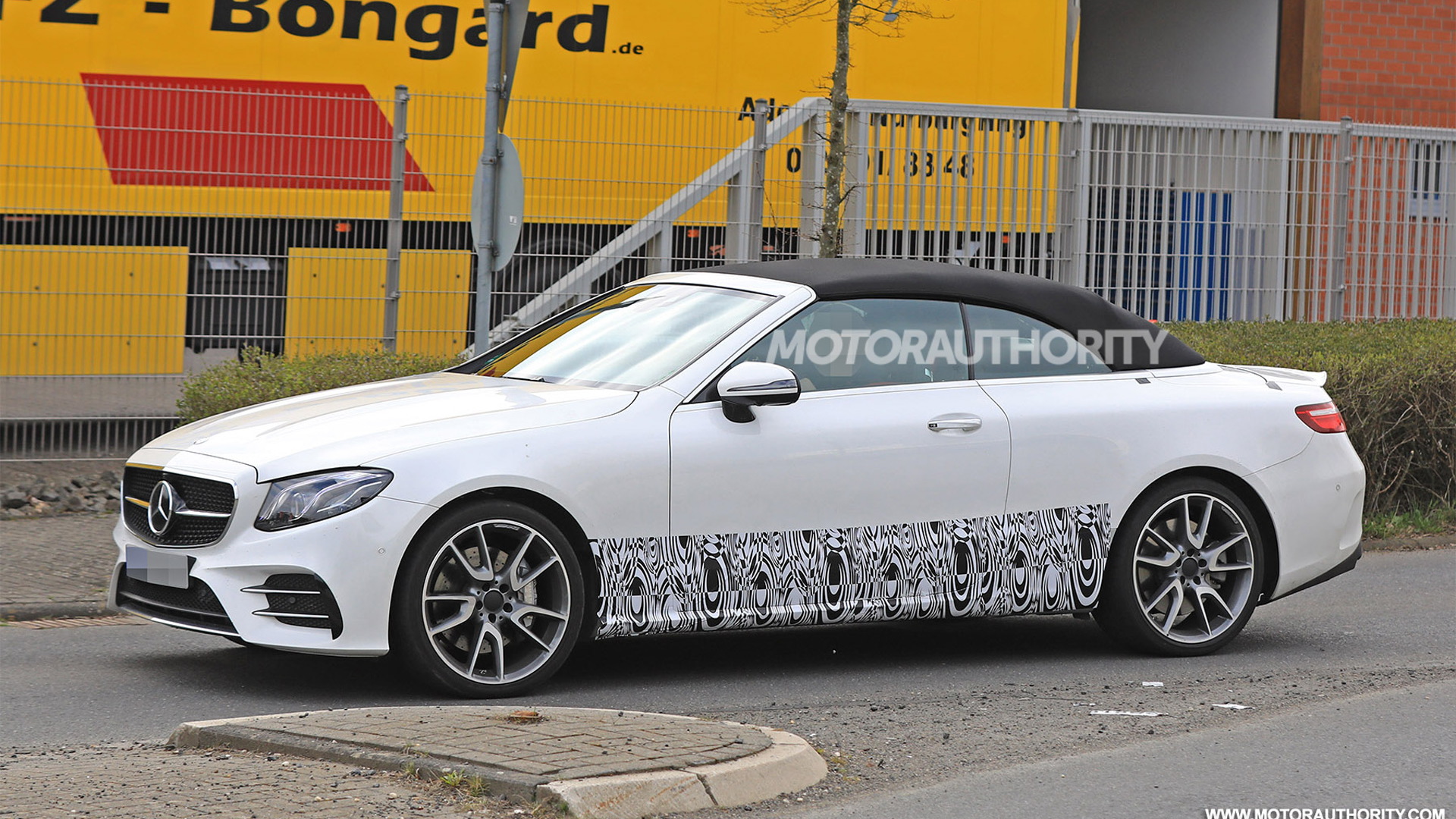 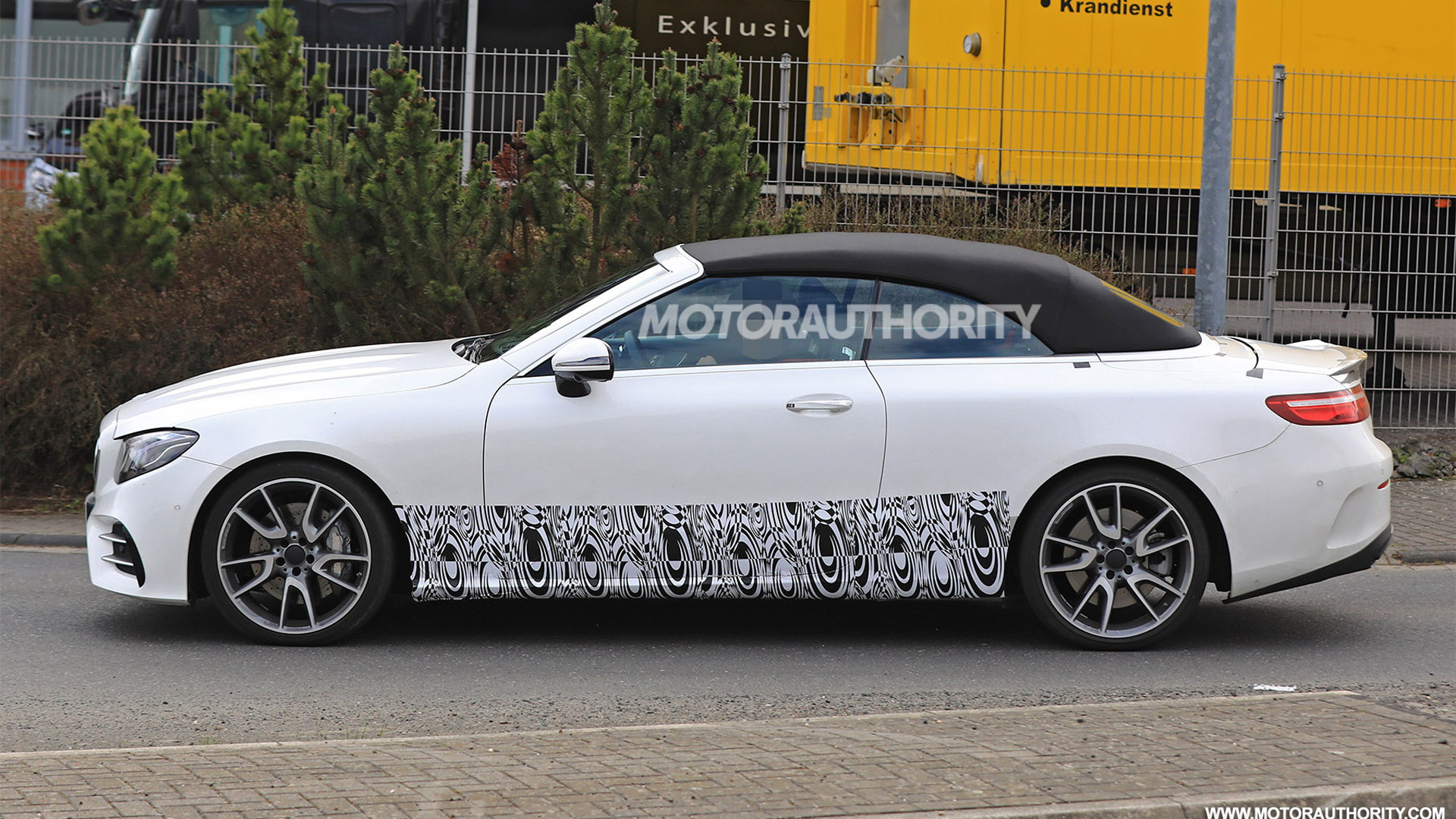 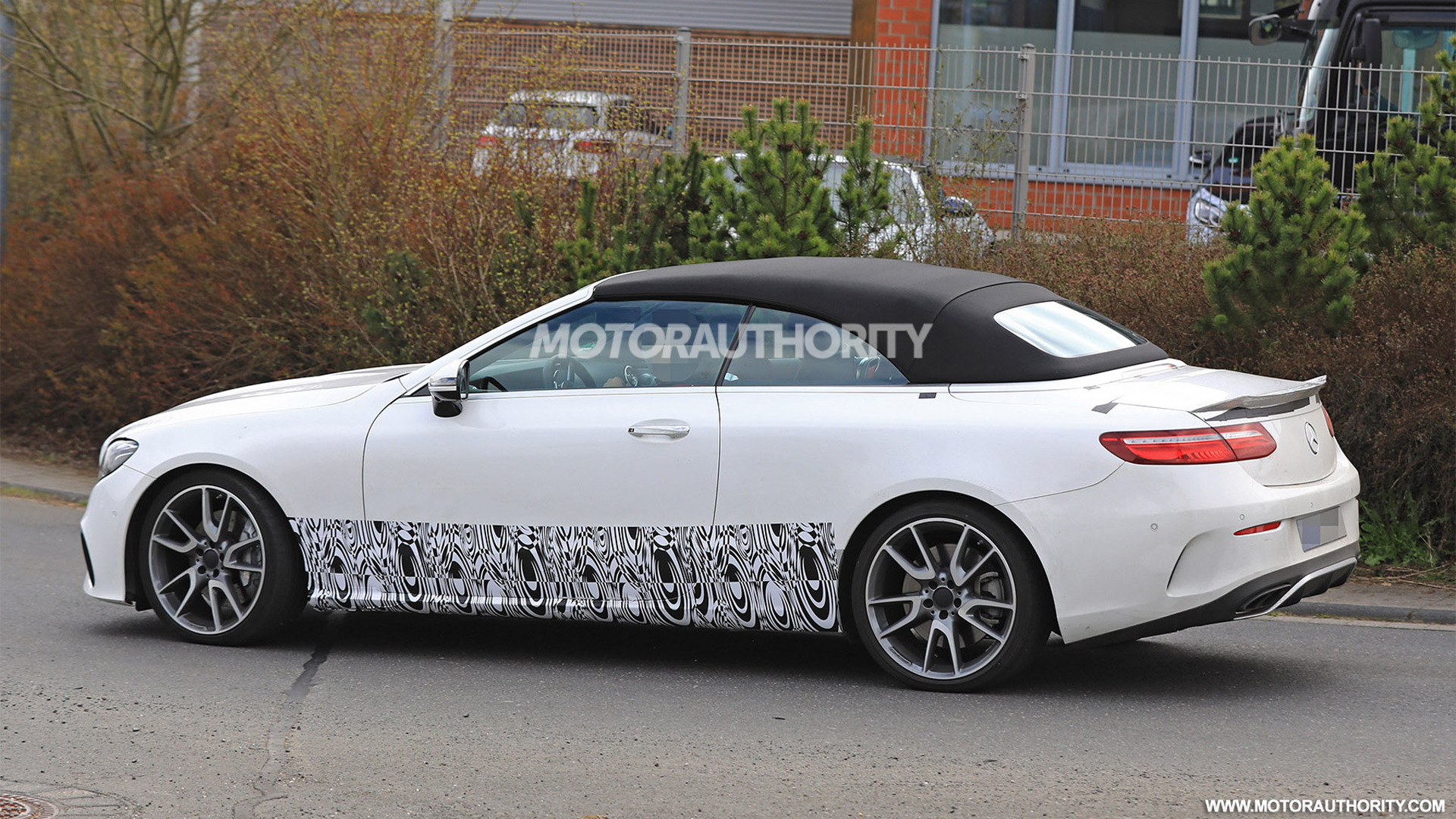 Mercedes-Benz has just launched redesigned versions of its E-Class Coupe and Cabriolet.

The cars have been seriously improved in the looks department and the ride quality as well as the interior fit and finish are finally on par with the E-Class sedan.

Soon, there will also be versions of the E-Class Coupe and Cabriolet developed by Mercedes-AMG.

A prototype for what’s destined to be a new E43 Cabriolet has just been spotted. An E43 Coupe is also in the works.

The 43 series is AMG’s first stage of performance, offering buyers the sporty looks and handling of one of the tuner’s dedicated performance models but with a regular Mercedes powertrain under the hood. The E43 sedan already on sale comes with a 3.0-liter twin-turbocharged V-6  delivering 396 horsepower and 384 pound-feet of torque, and we expect the same for the E43 Coupe and Cabriolet.

Other upgrades over the standard model will include a body kit, larger wheels and brakes, and AMG-tuned steering and suspension. All-wheel drive will also come standard.

Look for the E43 Coupe and Cabriolet to debut later this year, as 2018 models.

AMG is also working on a more potent 50 series performance stage utilizing a tuned version of Mercedes’ new inline-6 engine. It’s not clear when we’ll see the first of these models.