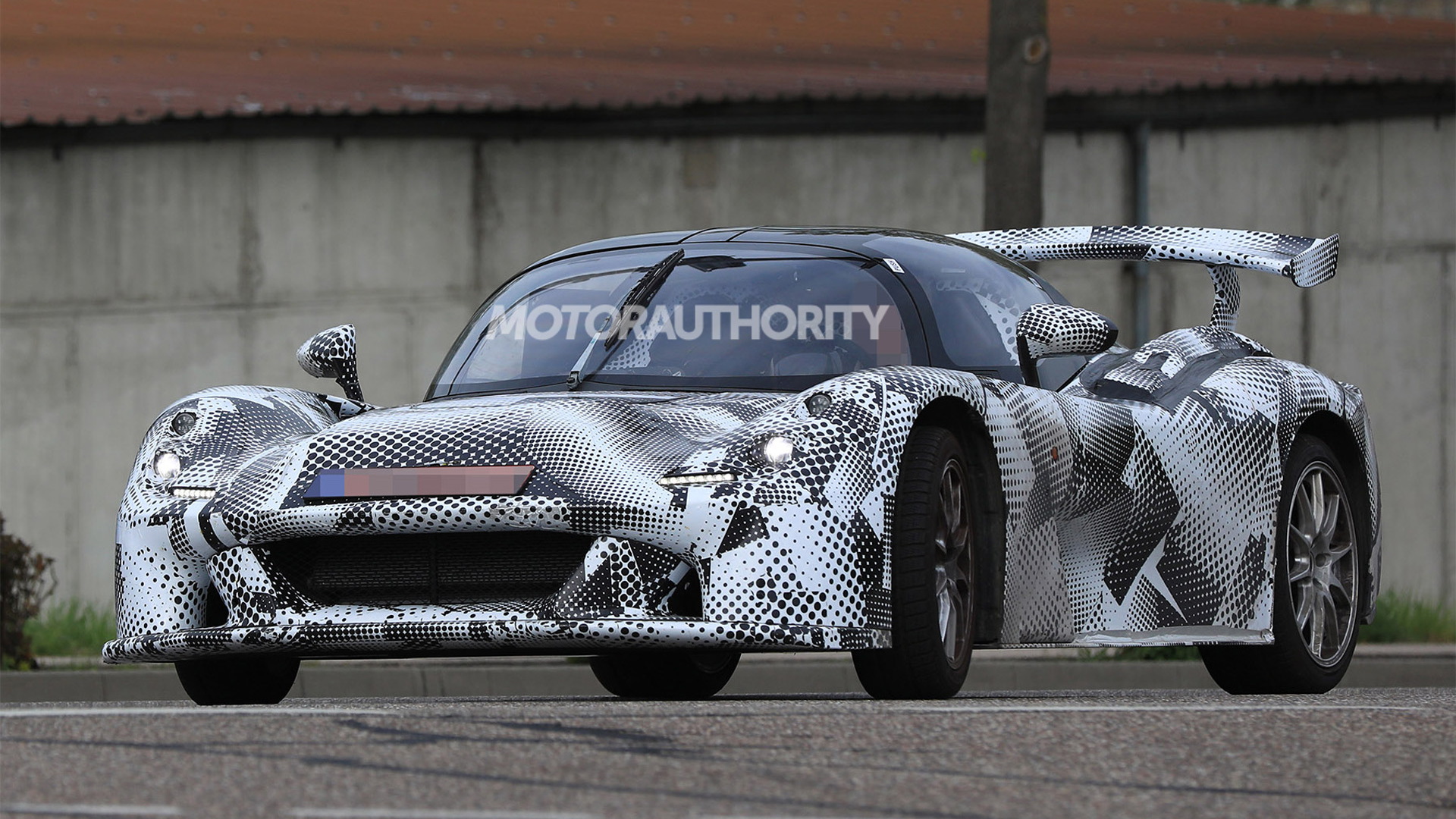 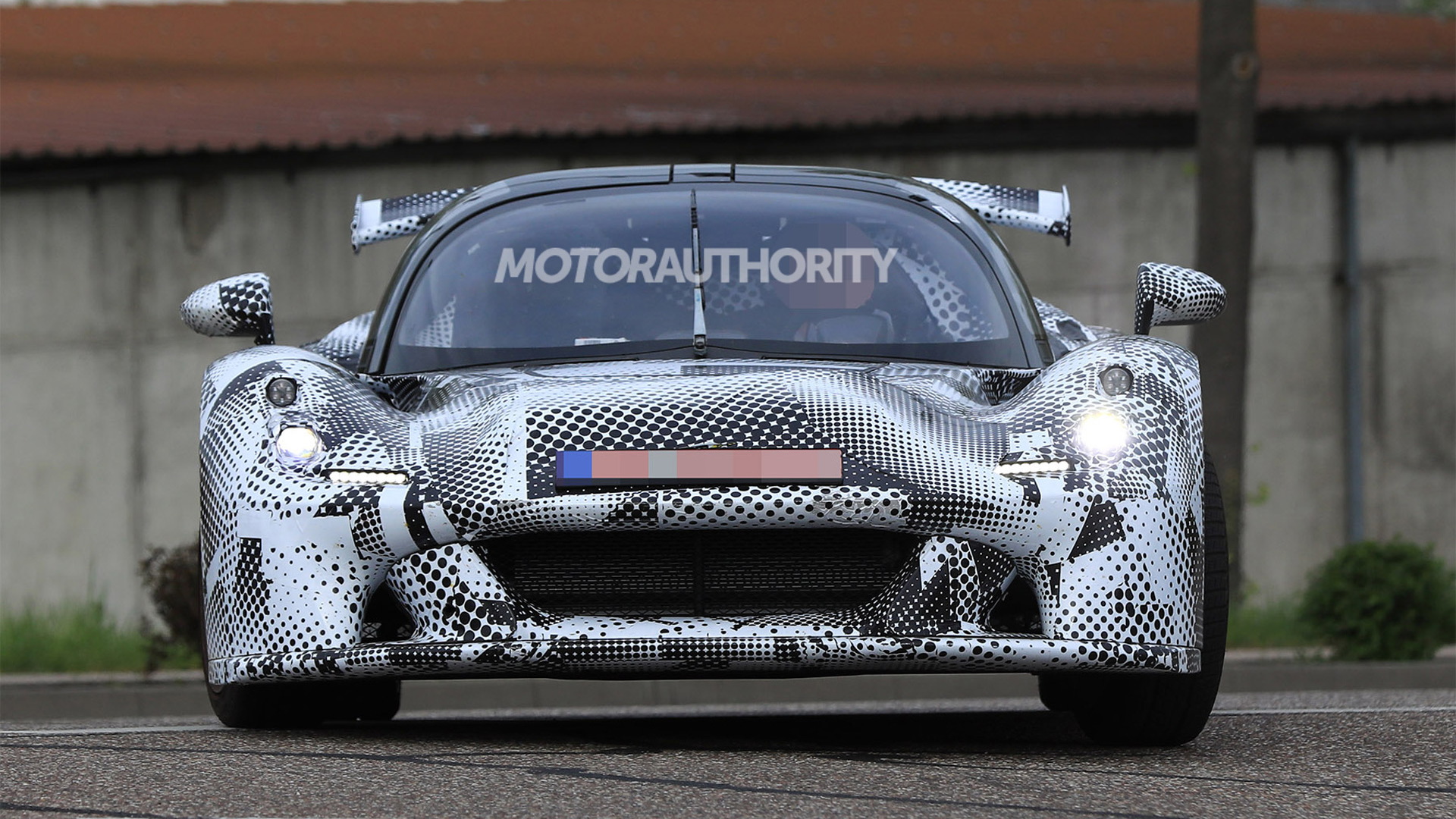 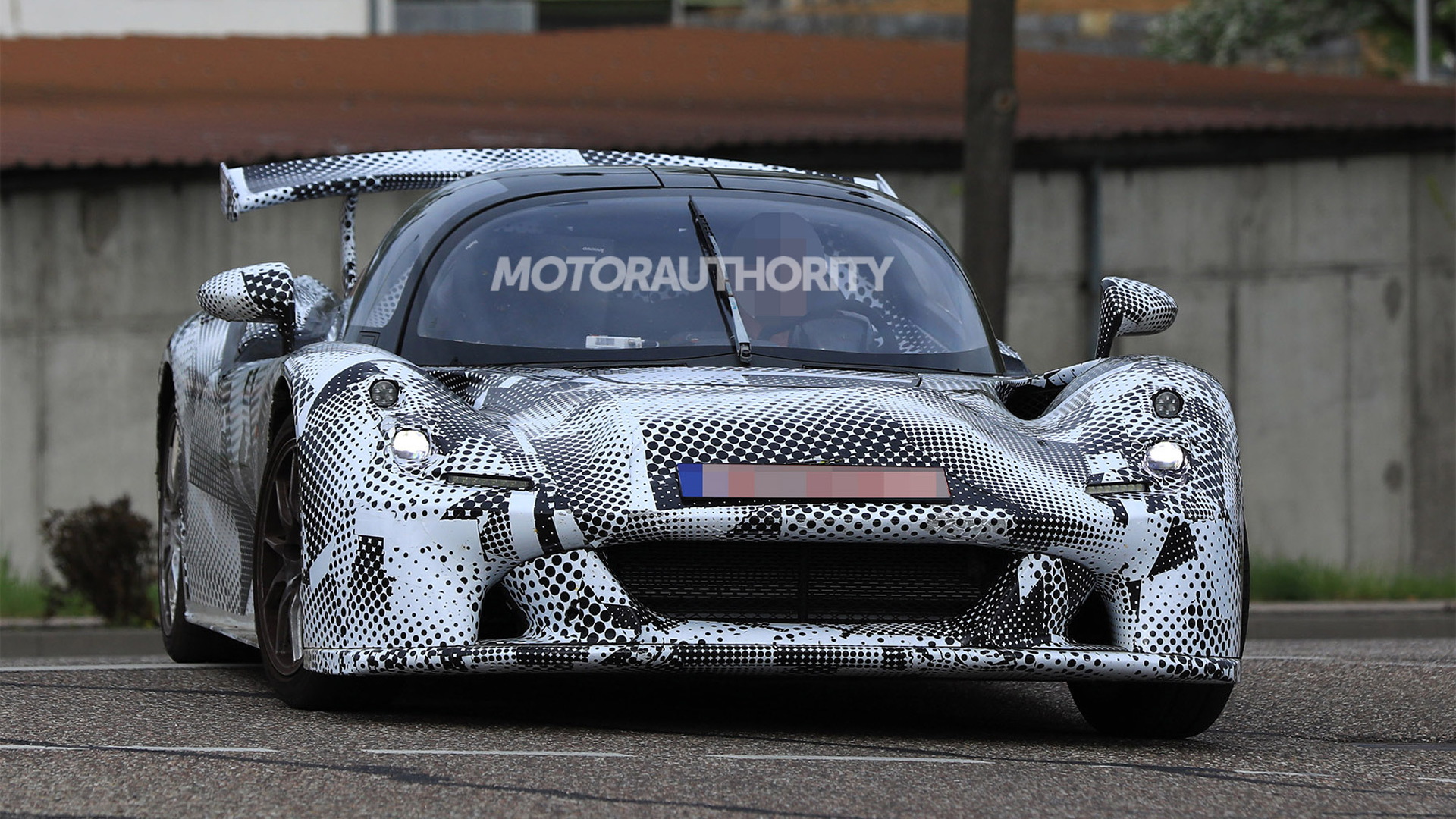 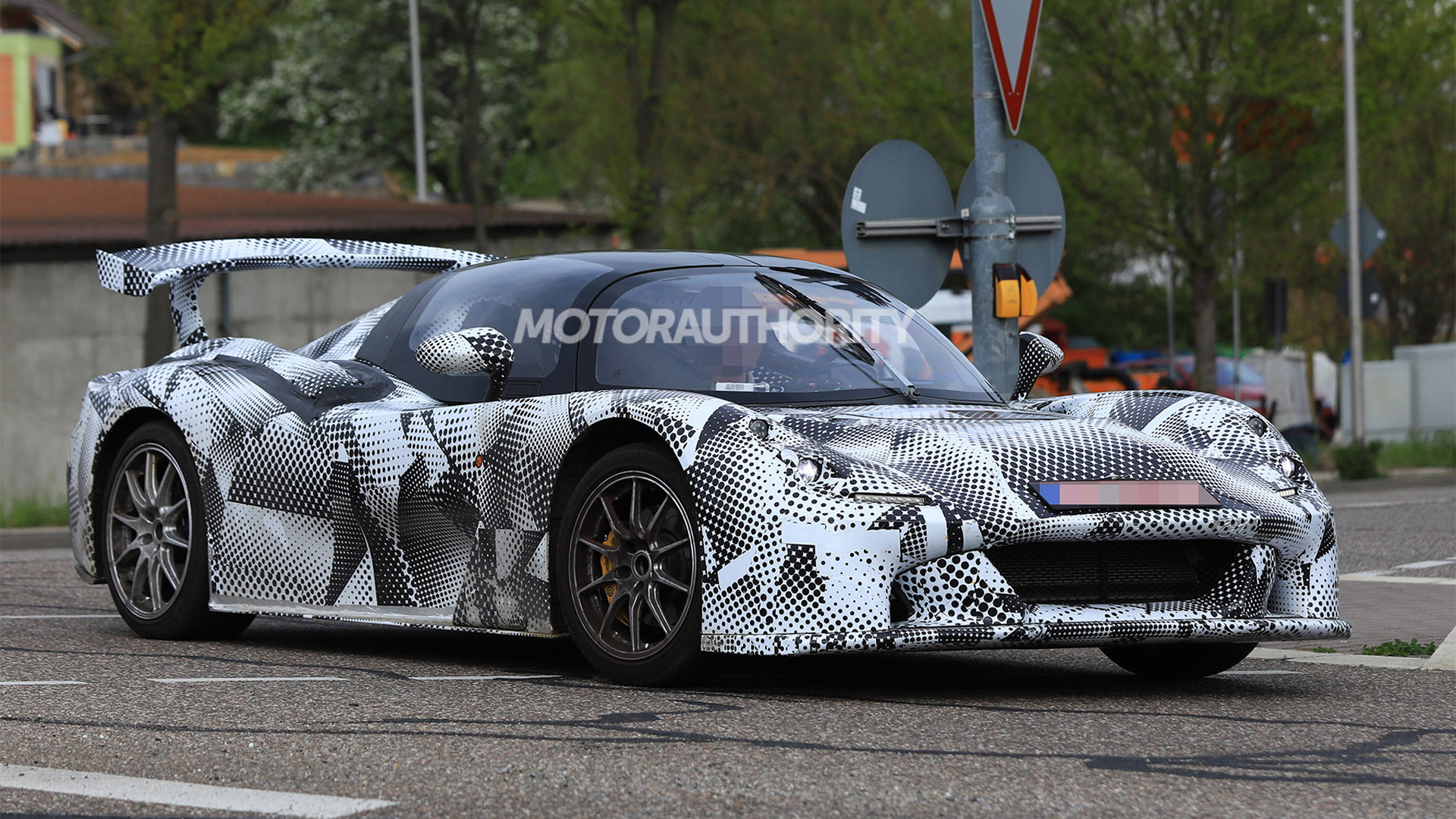 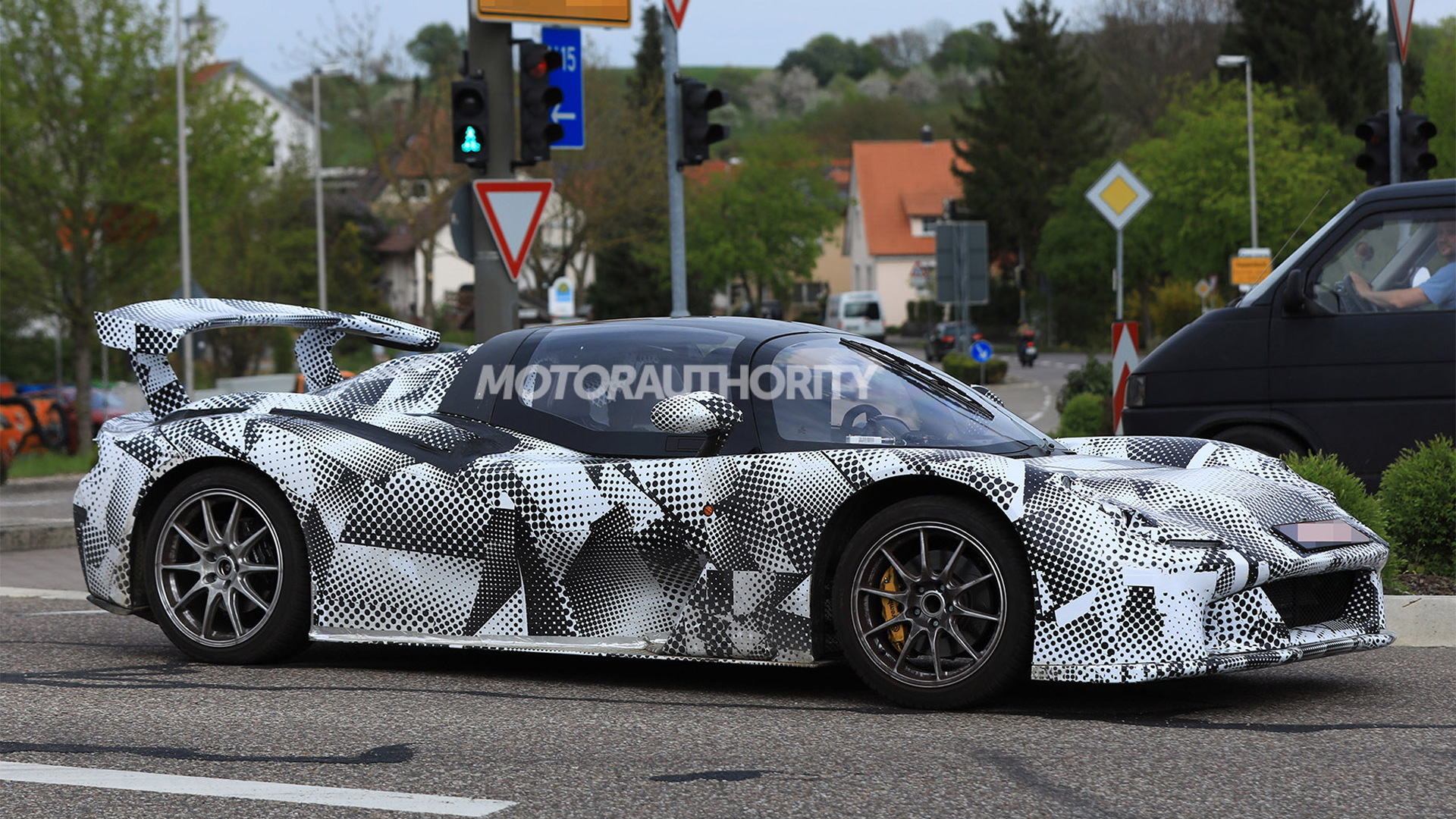 Dallara has helped a number of OEM with engineering work for various road cars and is now using the lessons learned in the development of those cars for its own model.

A prototype has just been spotted for the Dallara sports car which is shaping up to be a small, lightweight model in the same vein as the KTM X-Bow. It will be street-legal, though its natural environment will be the race track.

Dallara’s car won’t be as punishing as the KTM, however, and will even come with a jet fighter-style canopy integrating a pair of gullwing doors. By the looks of things, this canopy will be removable.

Our spy shots also reveal a massive rear spoiler, high-mount exhaust tips, a rear diffuser, a Brembo brake package, and Pirelli tires. The construction will be almost all carbon fiber—including for the central tub.

According to Autocar, power will come from a 2.4-liter turbocharged inline-4 sourced from Ford. The engine will be mounted behind the cabin and spin the rear wheels only. Peak output is expected to be in the vicinity of 400 horsepower.

Production is expected to be capped at around 600 units over a five-year period. The production will be handled at Dallara’s main site in Parma, Italy.

The reveal will take place in November.