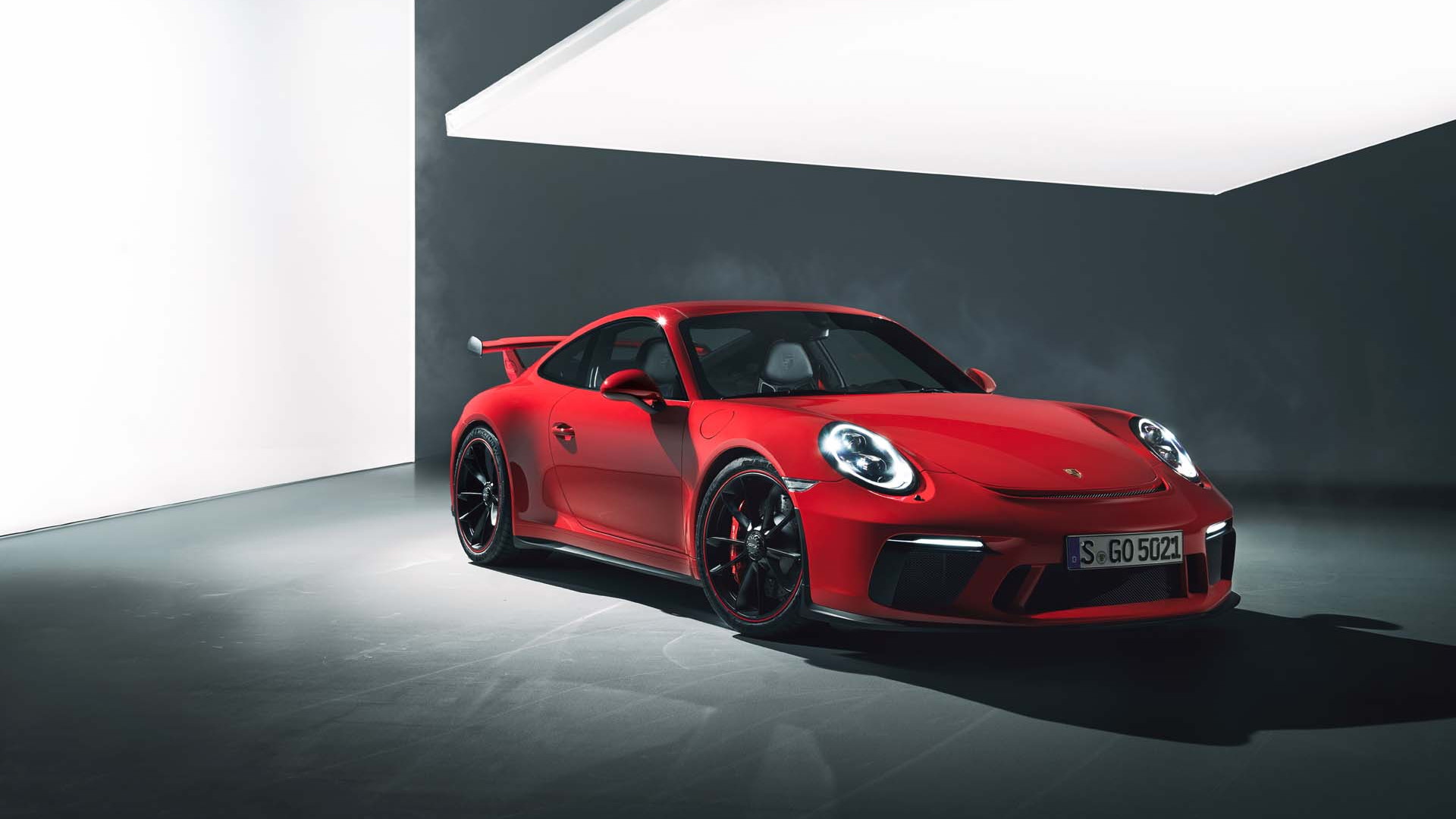 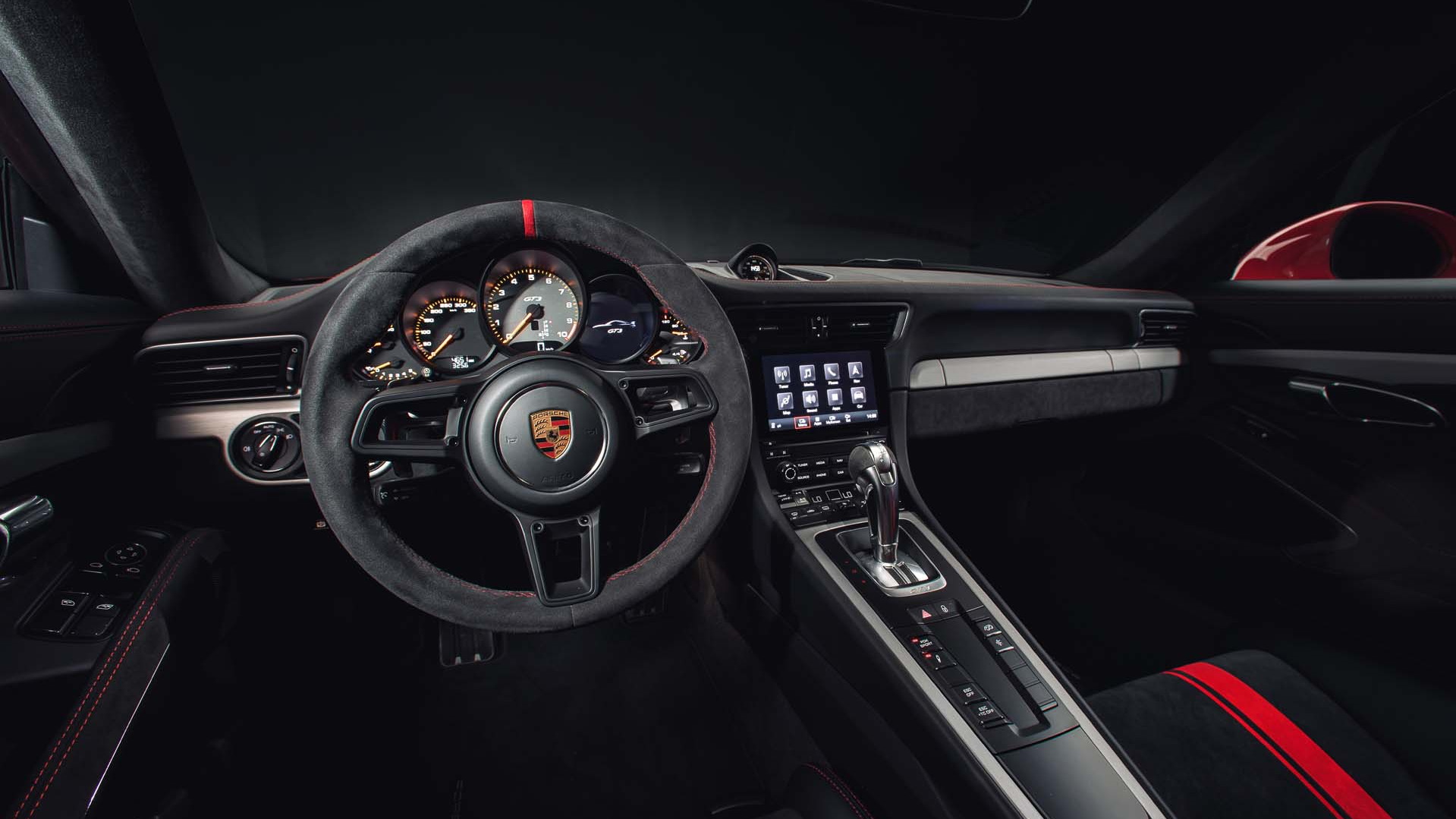 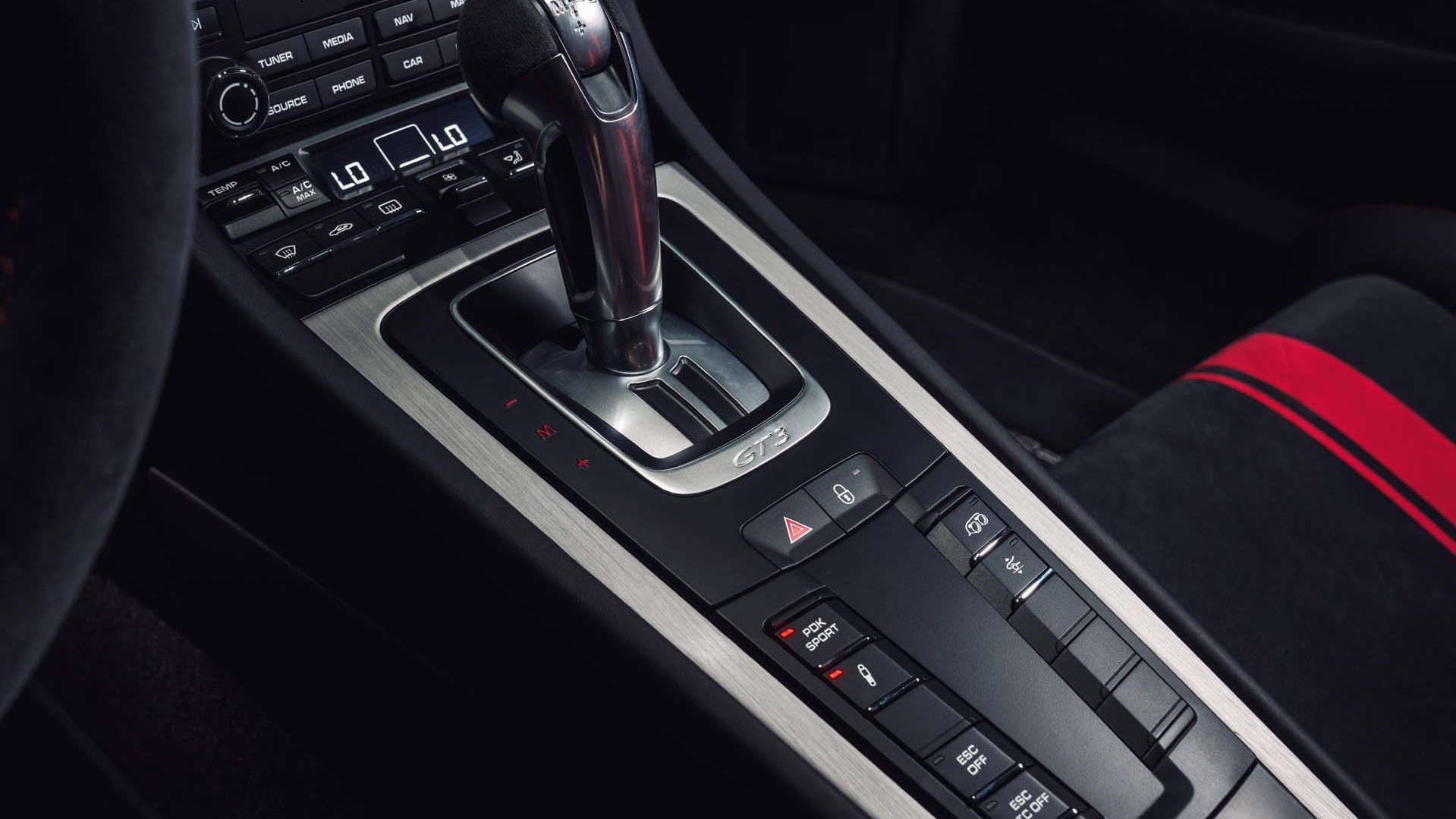 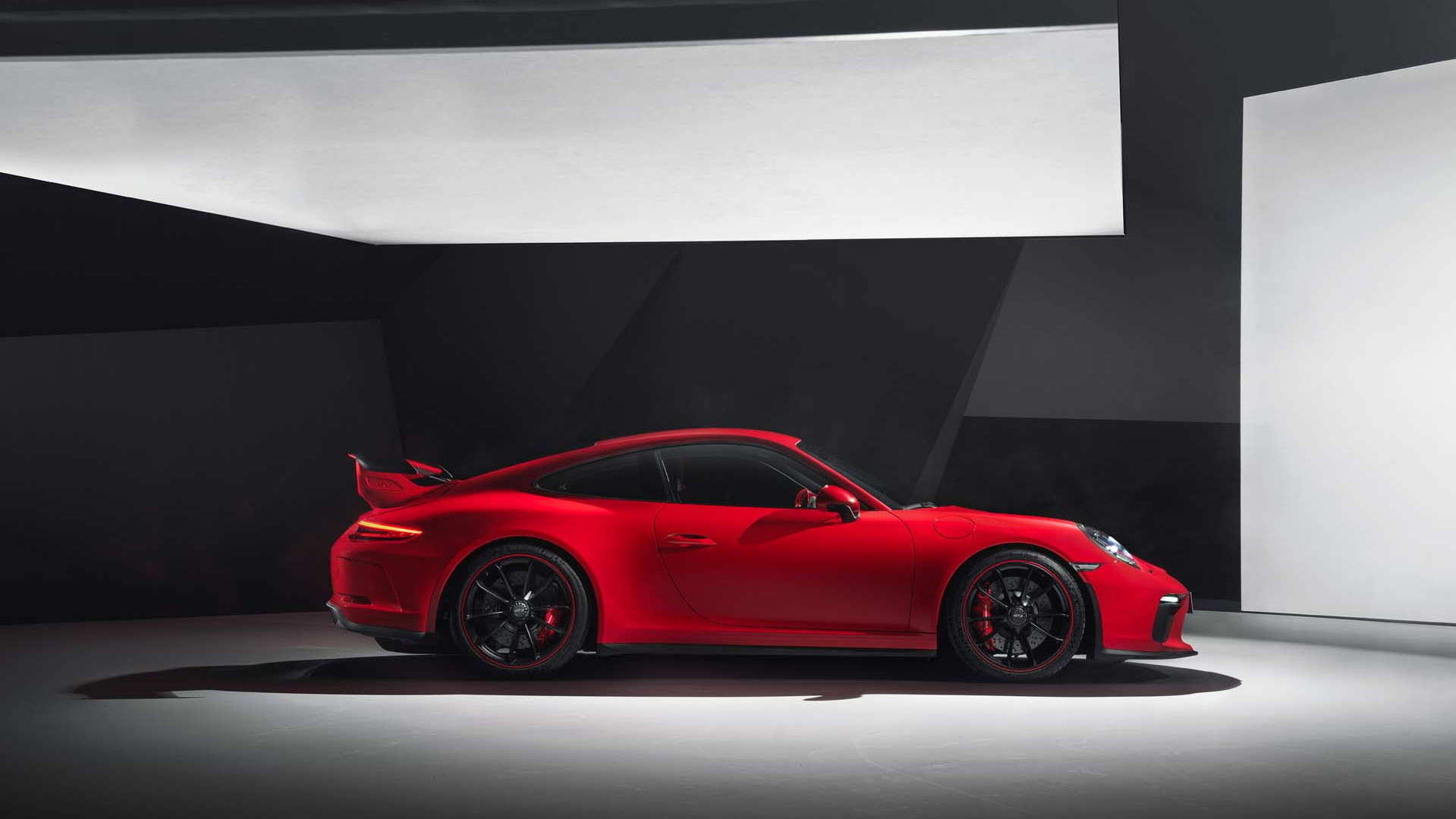 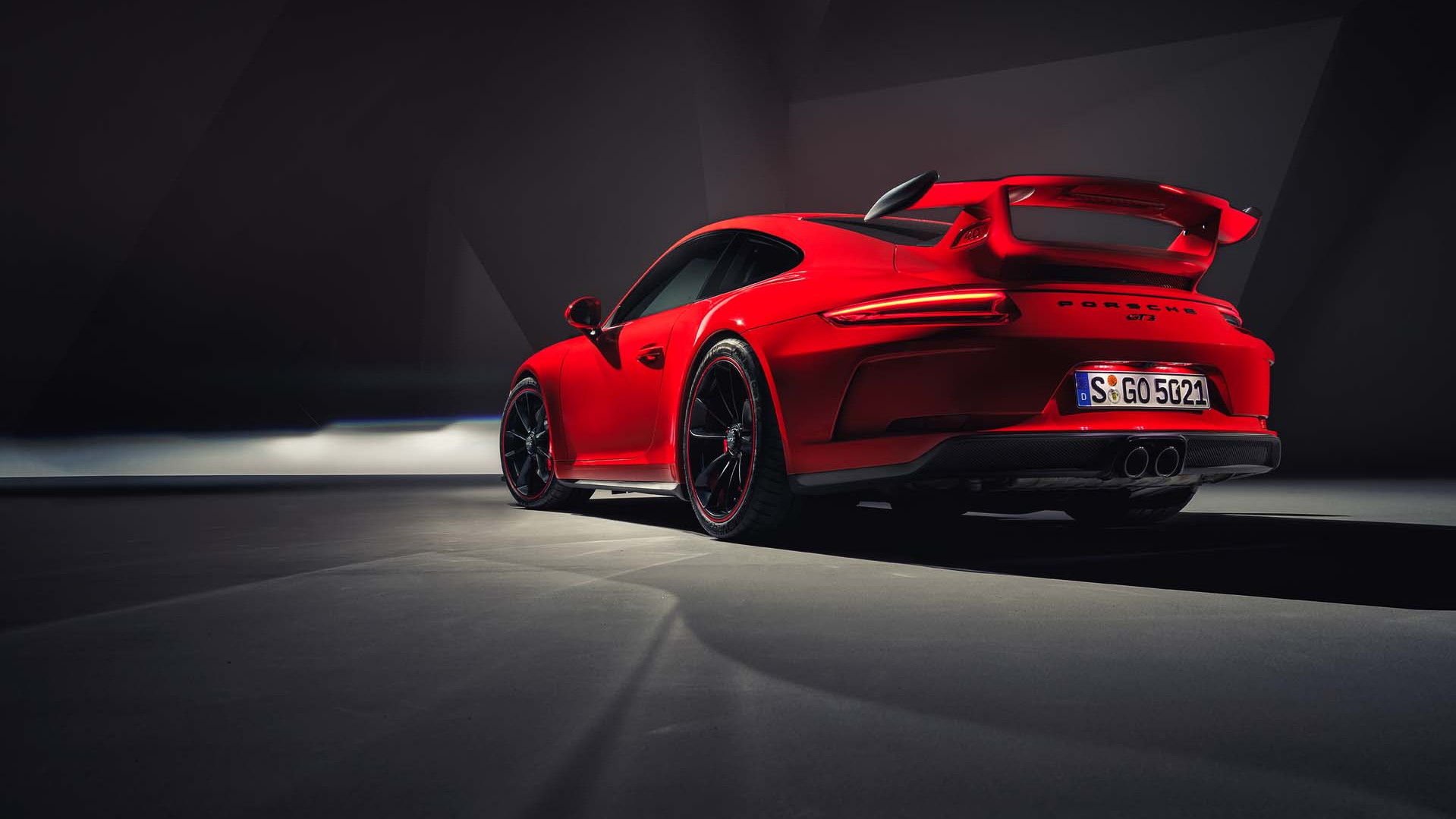 The third pedal is a third rail.

Last week at the 2017 New York auto show, enthusiasts claimed another moral victory as Porsche announced the return of a manual transmission to one of its most coveted models. The 2018 Porsche 911 GT3 will be reunited with a 6-speed manual alongside the 7-speed PDK dual-clutch automatic that it had previously dated exclusively. Immediately, the great debate between “row your own” vs. “autobox” resumed.

(Editor's note: Never mind that the manual is now effectively a no-cost option—it saves more than $3,000 in standard 911 models—and that the 911 R was a last-generation GT3 in heritage clothing. Philosophical debates rarely rely on facts alone.)

The new, old transmission has Porsche purists pondering: The GT3 is a compromise now between outright performance and drivability, but the choice between manual and PDK is tougher than ever. In a standard GT3, would drivers prefer a manual with all of the feels? Or an automatic with all of the performance?

MUST READ: #GiveAShift: The 7 Best Manual Transmissions You Can Buy

Making a 6-speed manual available for the 2018 Porsche 911 GT3 wasn’t as simple as exchanging gearboxes. Andreas Preuninger, who heads GT development for Porsche, said the 991.1 GT3 development for the 2014-2016 model years was too intricate for two gearboxes from the start.

Now, with time to develop the 991.2 GT3 for 2018, minor details such as stability management, anti-lock brakes, and torque control for a manual transmission could be fretted, fussed, and finalized in a new manual-transmission GT3.

“It’s different enough to make a big difference in the car. We needed to fine-tune all the systems,” Preuninger said.

So what’s the pick? Even within the company opinions are mixed.

“I am glad to see (a manual transmission) made it into the GT3, but I am a big PDK fan,” said Jeff Zwart, who has set record times in a Porsche up Pikes Peak and has spent decades with the automaker. “In terms of the ultimate road Porsche that should be reserved for the GT3 RS with PDK...it should always be the fastest, so it should be PDK. I am glad to have a manual option, and the Porsche version is so good these days, but on a day I want to run flat out on a track, I will be glad to have a PDK.”

Porsche Cars North America Chief Operating Officer Joe Lawrence said his connection with a manual is too hard to ignore, even in the new GT3.

“That’s what I drive, time after time. I love the PDK, it’s the best automatic transmission in the world and it’s incredible on a racetrack. But my day-to-day driving isn’t on a racetrack and I really enjoy the man-machine interface…and I say that recognizing that I’m going to be slower and the PDK has some tremendous advantages on the track and stuck in traffic. We’ve set up an incredibly difficult choice.”

DON'T MISS: Lamborghini: Manuals Are History, And Dual-Clutch Looks Like The Future

McKay Snow, who piloted a 991.2 GT3 Cup car to back-to-back top-5 finishes at Sebring in this year’s IMSA GT3 Porsche Cup, said his choice would be even more difficult. Driving on the track, Snow said rifling through a paddle-shift automatic was more efficient and let him focus more on the line instead of how to manage his gearbox.

“I haven’t driven (the consumer car) yet…on the street, I’d prefer to drive a manual transmission, I’d say. It’s more fun to play with. On the track, you don’t have the time. We’re so busy, we have less time to do everything,” he said.

Lawrence said Porsche couldn't project what version of the 2018 Porsche 911 GT3 would be most popular with consumers.

"We’re all taking bets on what it will be," he said. "Maybe they’ll buy one of each? But we’re just happy to have a choice now."