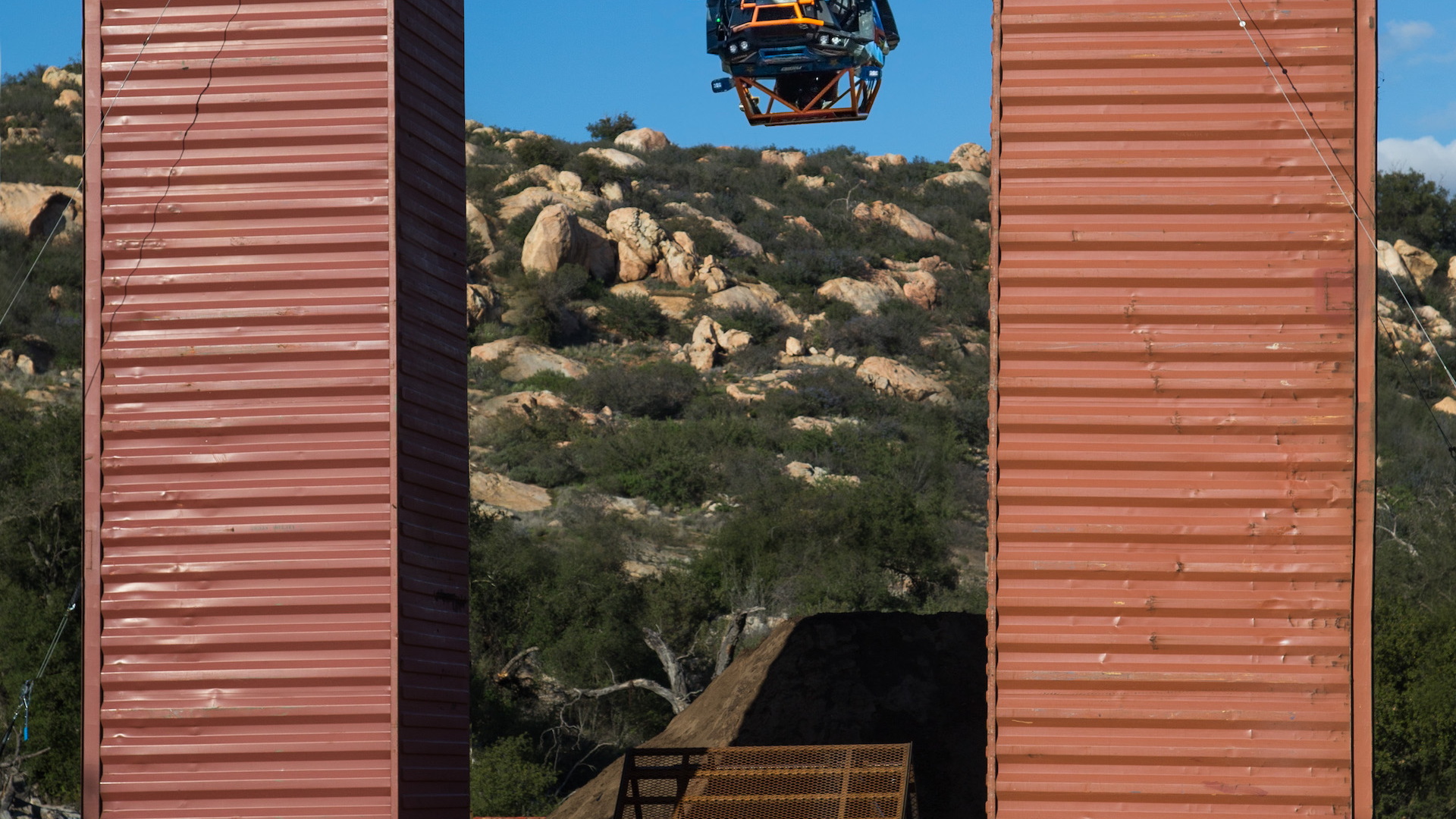 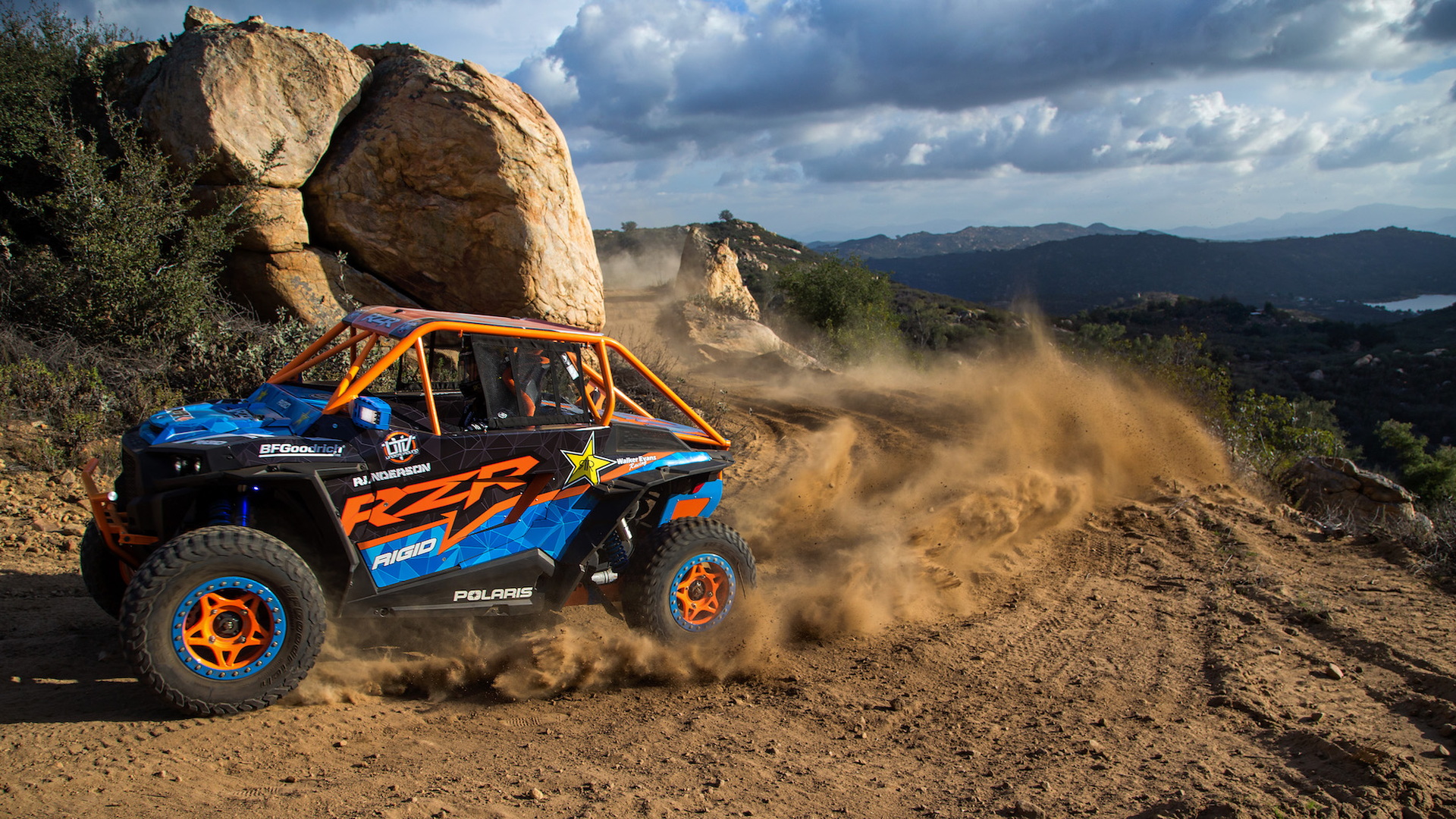 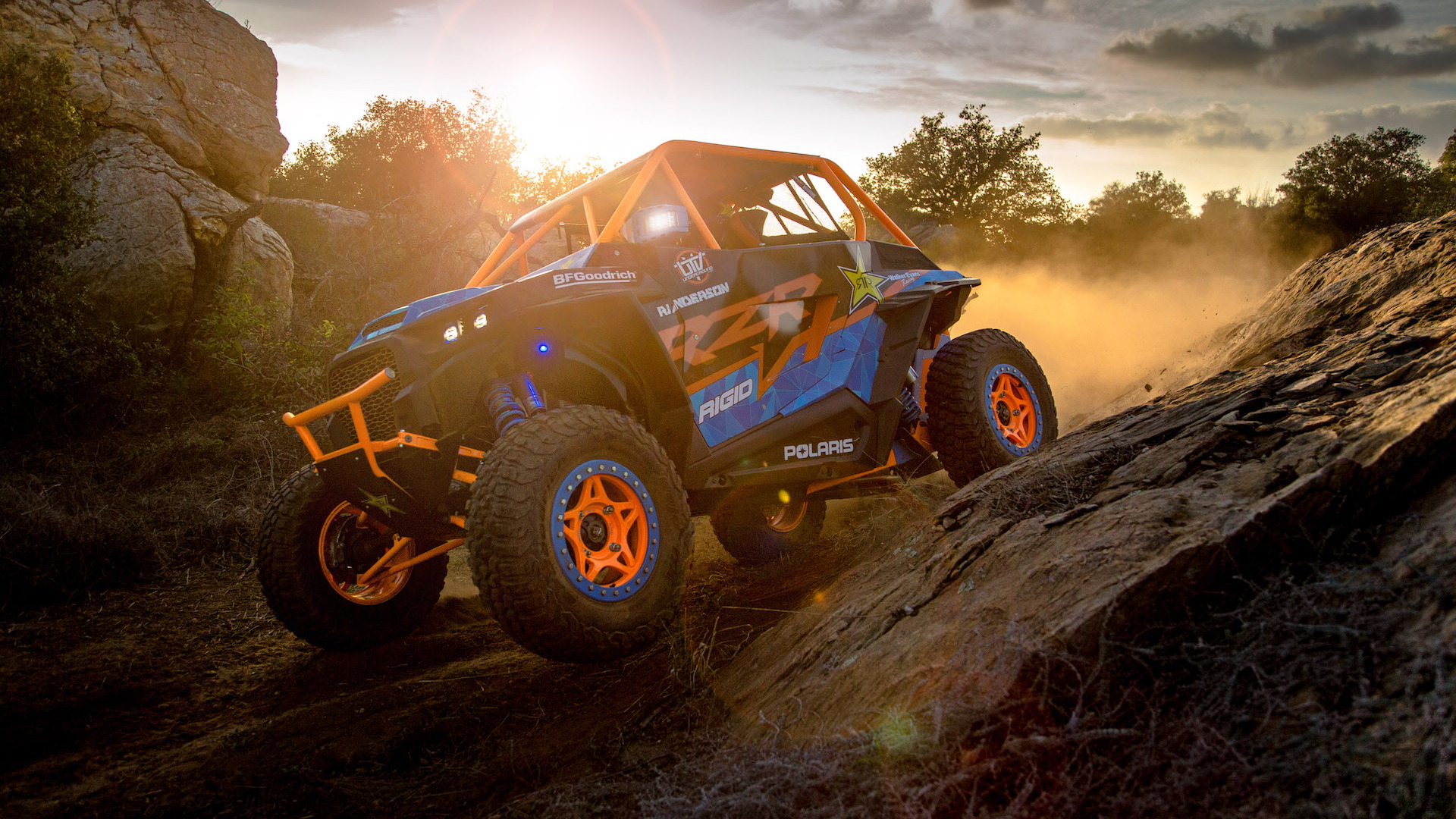 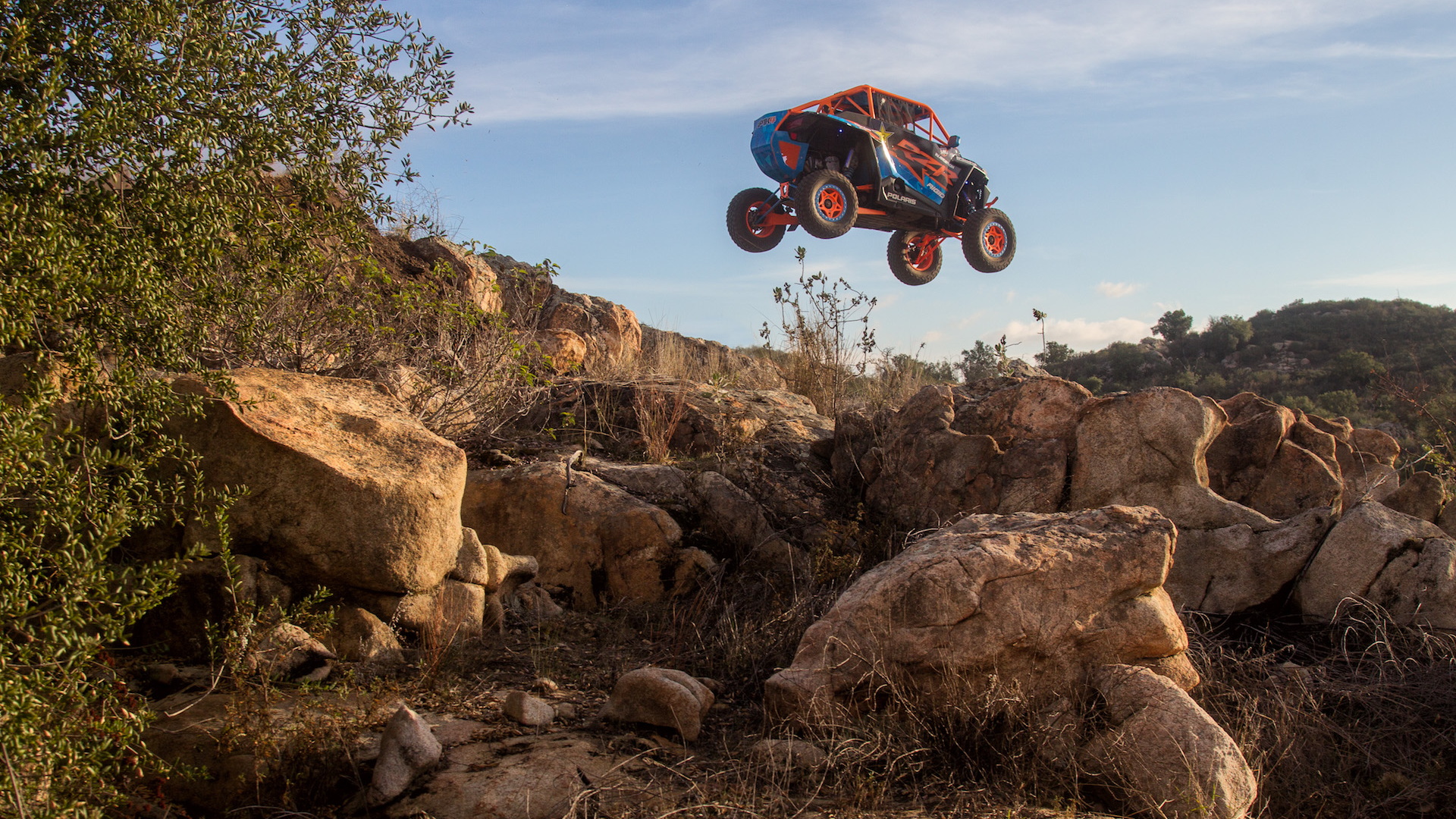 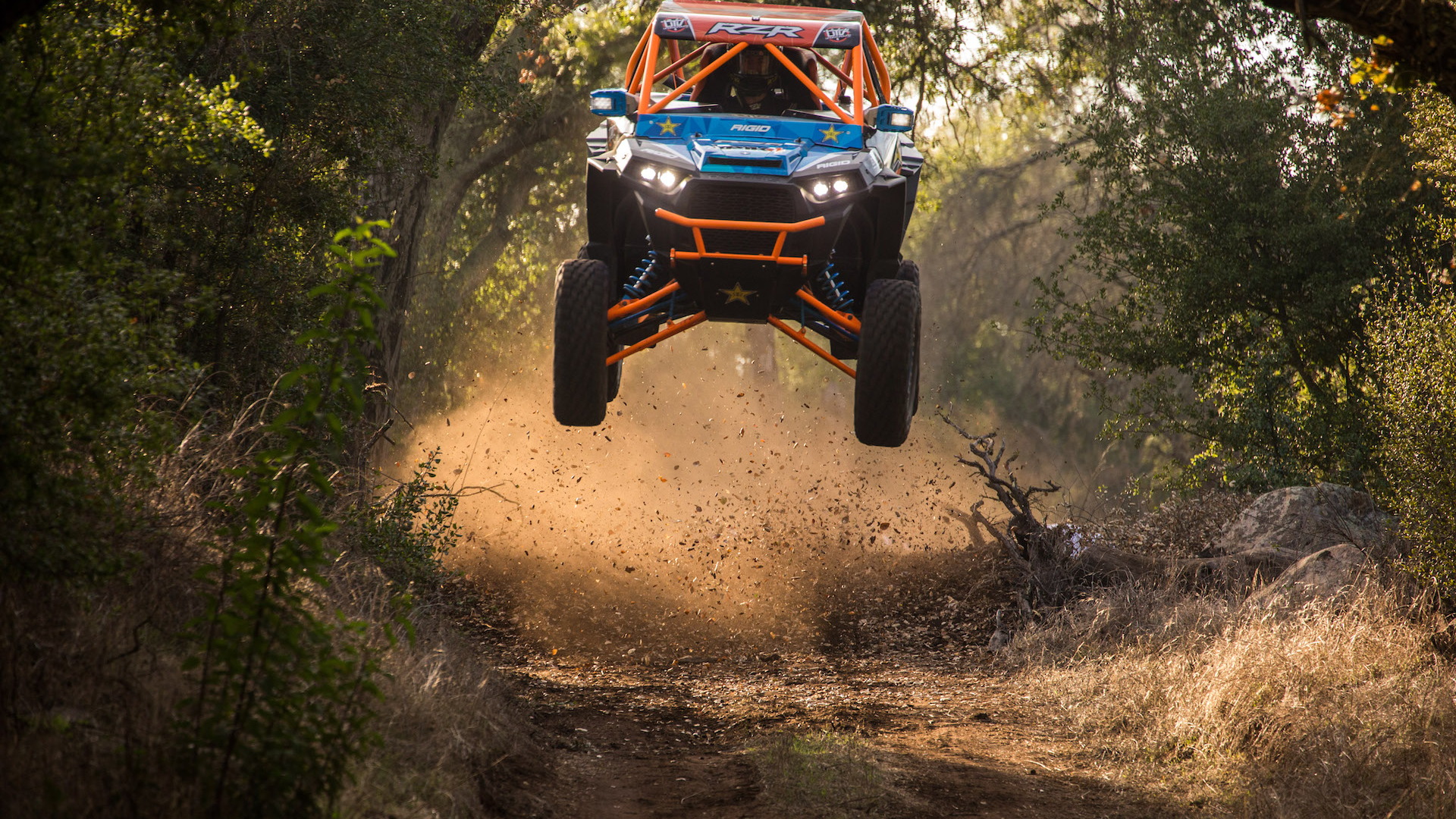 No matter how you get your kicks, whether that's at the drag strip, on a road course, or by taking the unbeaten path, there's a toy for everyone. Take the Polaris RZR XP1K4 for example.

This little bugger means business. Boasting a 999cc DOHC, twin-cylinder turbocharged engine, it cranks out 110 horsepower. We'd say that's plenty of power, considering it weighs in at just 1,565 pounds minus a driver. And what better driver than RJ Anderson to showcase what the UTV is capable of?

Taking a page from BJ Baldwin and his ballistic trophy truck stunts, Anderson gets down and dirty with the XP1K4 in plenty of jumps, slides, and drifts through the rocky terrain of San Diego's eastern mountain range. Why here? San Diego is known to locals as the birthplace of freestyle motocross.

If you thought taking a powerful road car to the track took guts, the stunts Anderson pulls off in a UTV are downright death-defying. One small miscalculation and the XP1K4 won't be making a precision landing, let alone a pretty one.

If you're in the market, Anderson's unit is slightly more modified than a factory XP1K4, though its regular specifications shouldn't disappoint anyone looking for some profanely quick, unpaved fun. Watch all five minutes of the UTV proving its prowess in the video above.