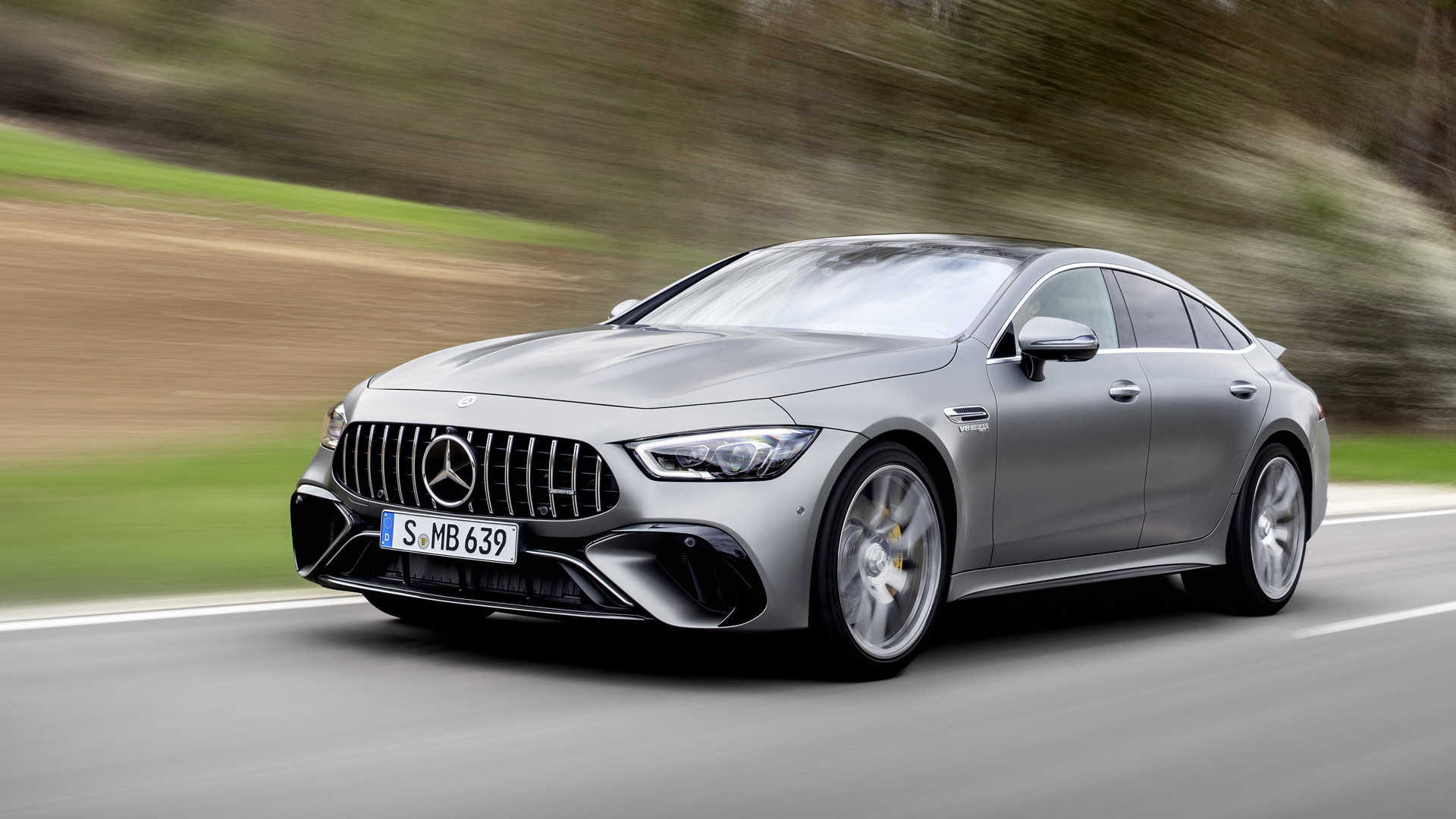 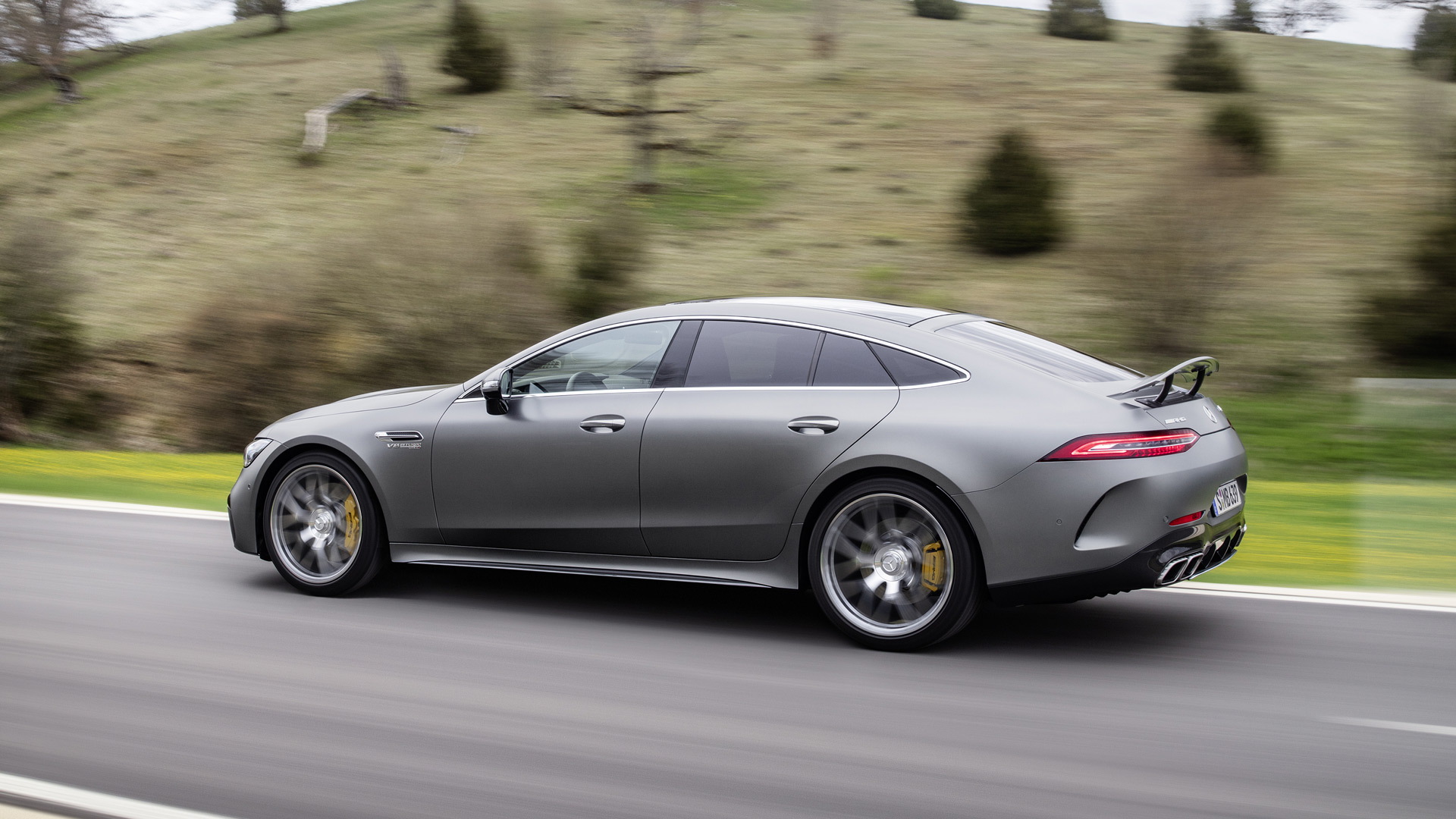 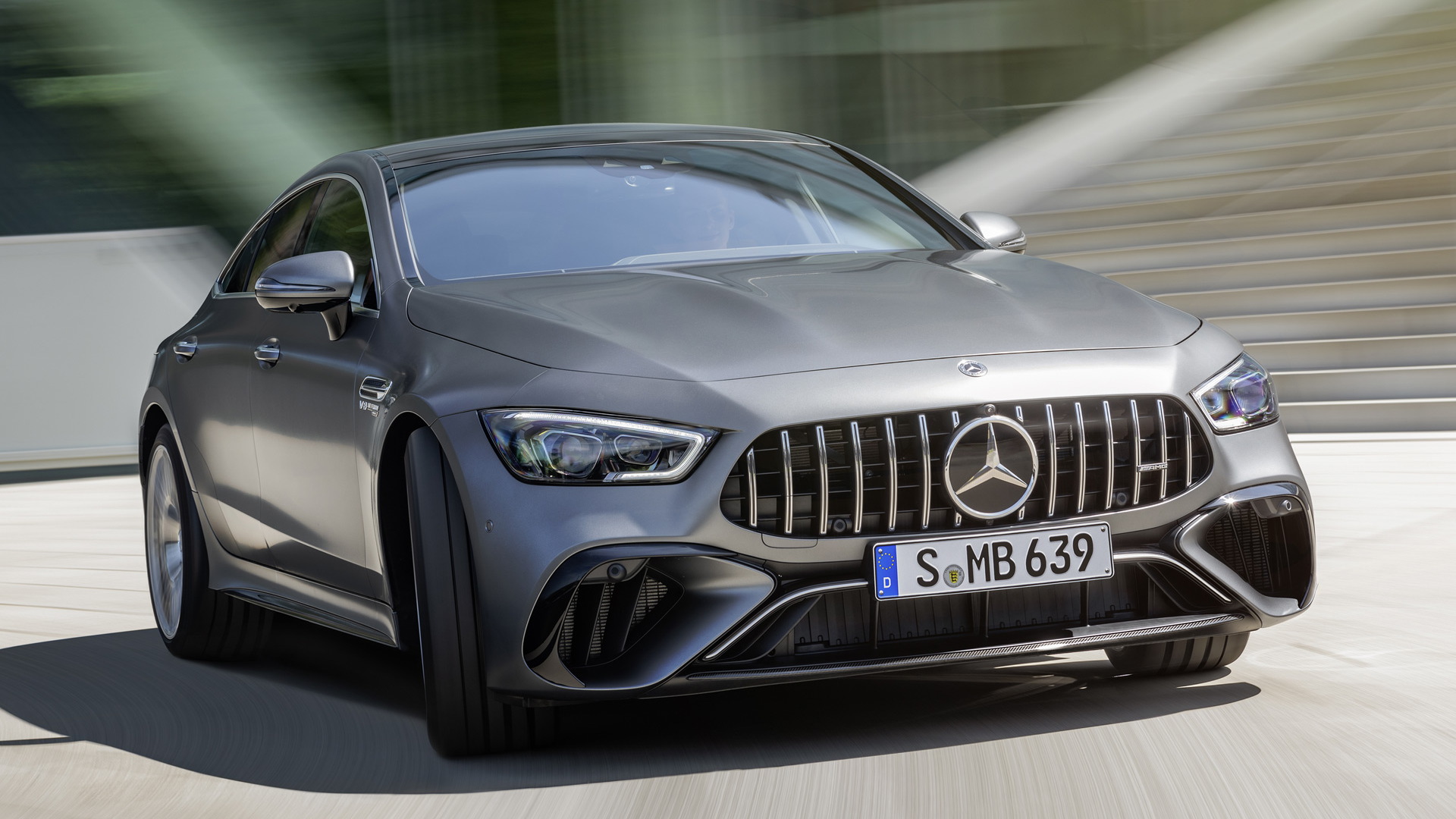 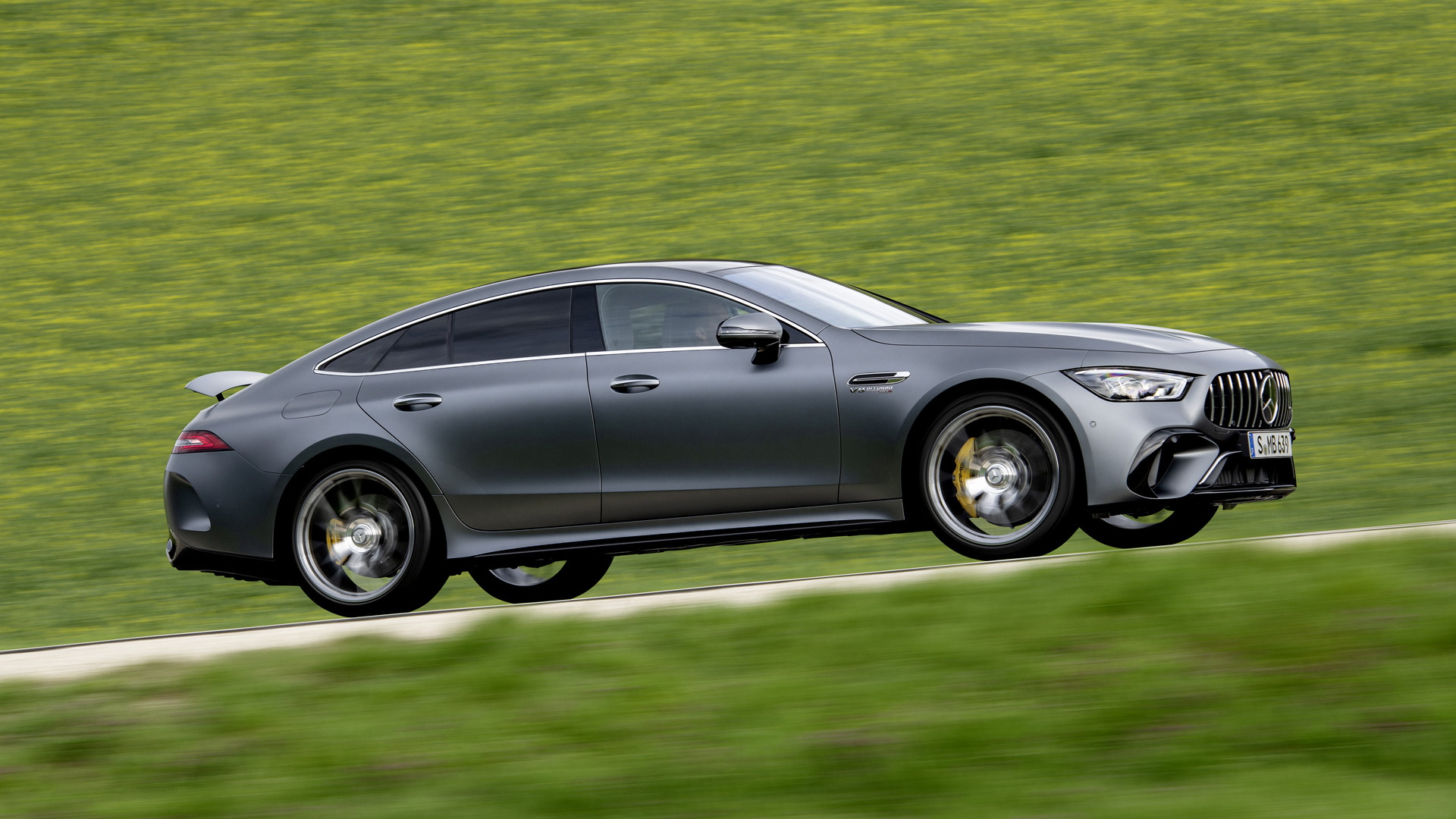 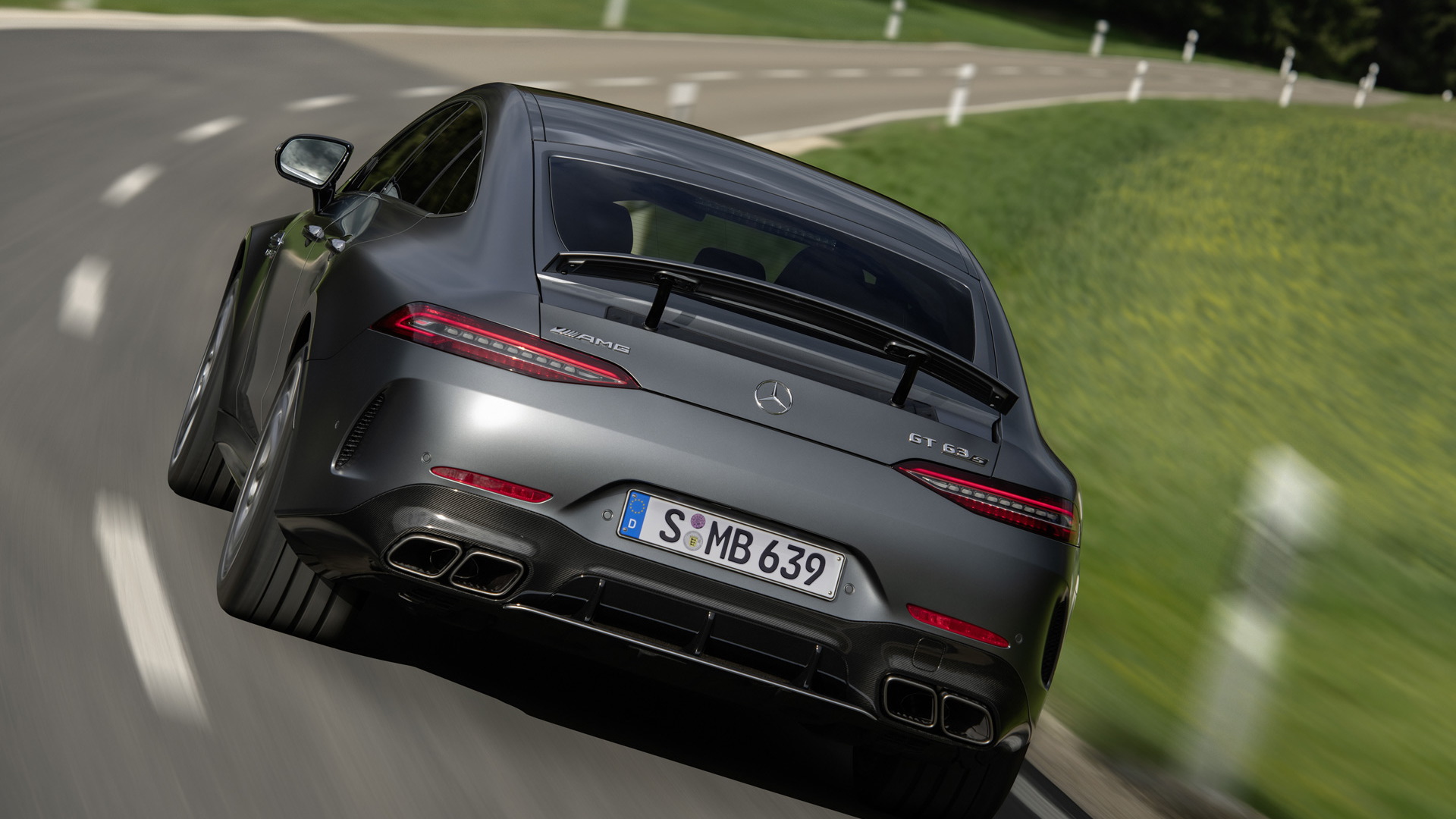 The Mercedes-Benz AMG GT 4-Door Coupe arrived for the 2019 model year and was given a subtle update for 2022. However, the update only applied to the 6-cylinder models as the V-8 models were absent that year due to supply chain issues.

The V-8s make their return for the 2023 model year, and bring with them a few styling tweaks and some new tech features. There's also a new plug-in hybrid range-topper, dubbed the GT 63S E Performance 4-Door Coupe. It was revealed last summer and confirmed to deliver up to 843 hp, with the familiar 4.0-liter twin-turbocharged V-8 delivering a peak 643 hp and a rear-mounted electric motor able to add up to 204 hp temporarily.

Completing the GT 4-Door Coupe's V-8 offerings are the GT 63 and GT 63S grades. They don't adopt any electrification, and their V-8 outputs are unchanged with the update. The GT 63 delivers a peak 575 hp and the GT 63S a peak 630 hp. In both cases you're looking at 0-60 mph acceleration in a bit over three seconds and a top speed of over 190 mph.

Styling tweaks to the V-8 models include a new front fascia with a more streamlined look and wider intakes at the flanks. There are also new colors (Starling Blue Metallic and Starling Blue Magno), and new exterior design packs including an option that adds carbon-fiber accents. Buyers looking to dress up the interior also have more options via Mercedes' Manufaktur personalization service, including three additional choices containing nappa leather in diamond quilting.

The V-8 models also get AMG Ride Control+ adaptive dampers for the air suspension as standard. These dampers feature separate valves for the rebound and compression, resulting in a damper that can improve comfort as well as performance driving. The valves react based on information from acceleration and wheel path sensors.

Pricing information for the 2023 AMG GT 4-Door Coupe range will be announced closer to the market launch later this year.

As for the long-term future of the GT 4-Door Coupe, there's speculation the whole lineup will be phased out after the one generation, along with the CLS. Instead, AMG is expected to place its focus adding performance to the EQE and EQS electric sedan and hatch.