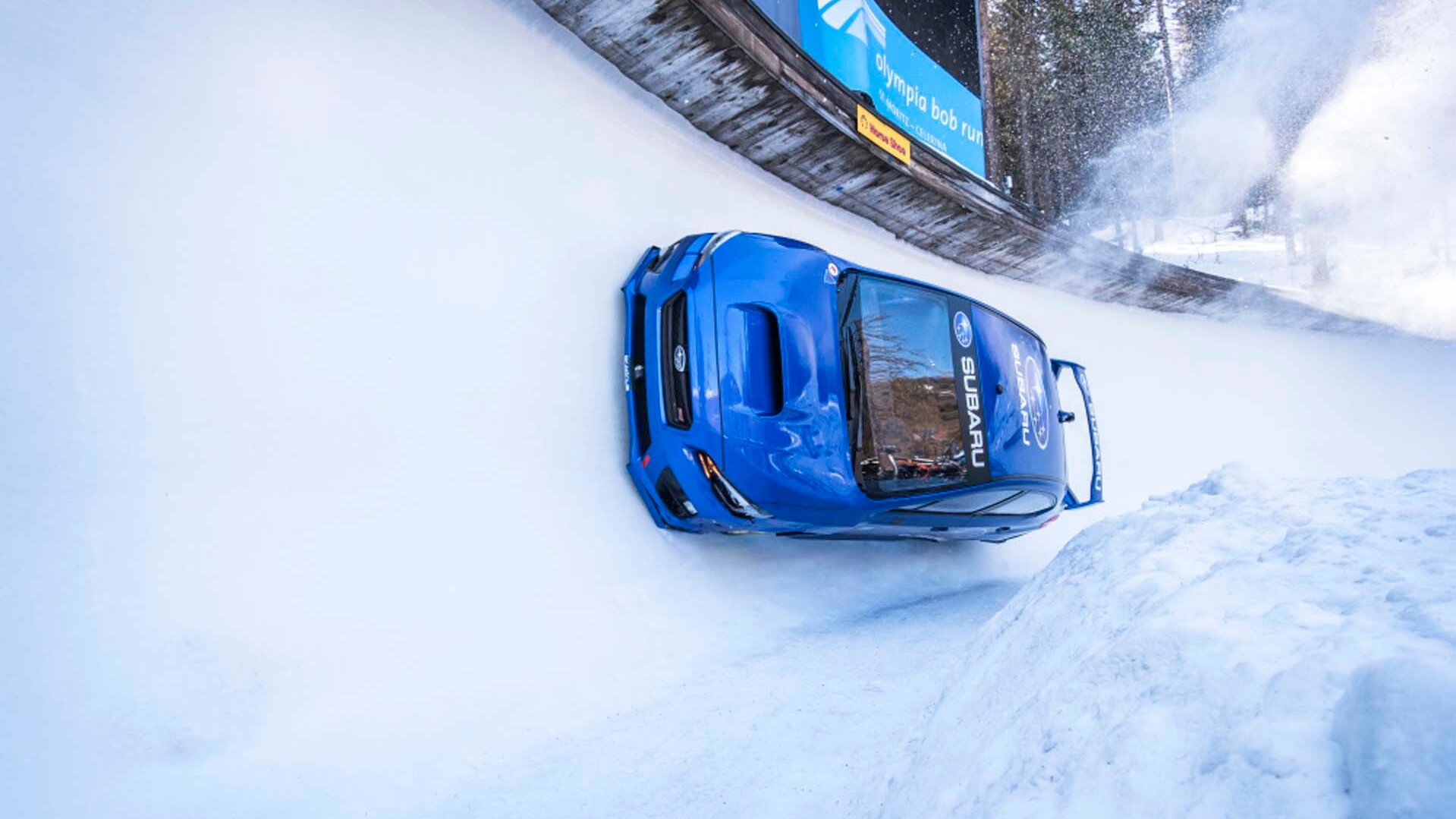 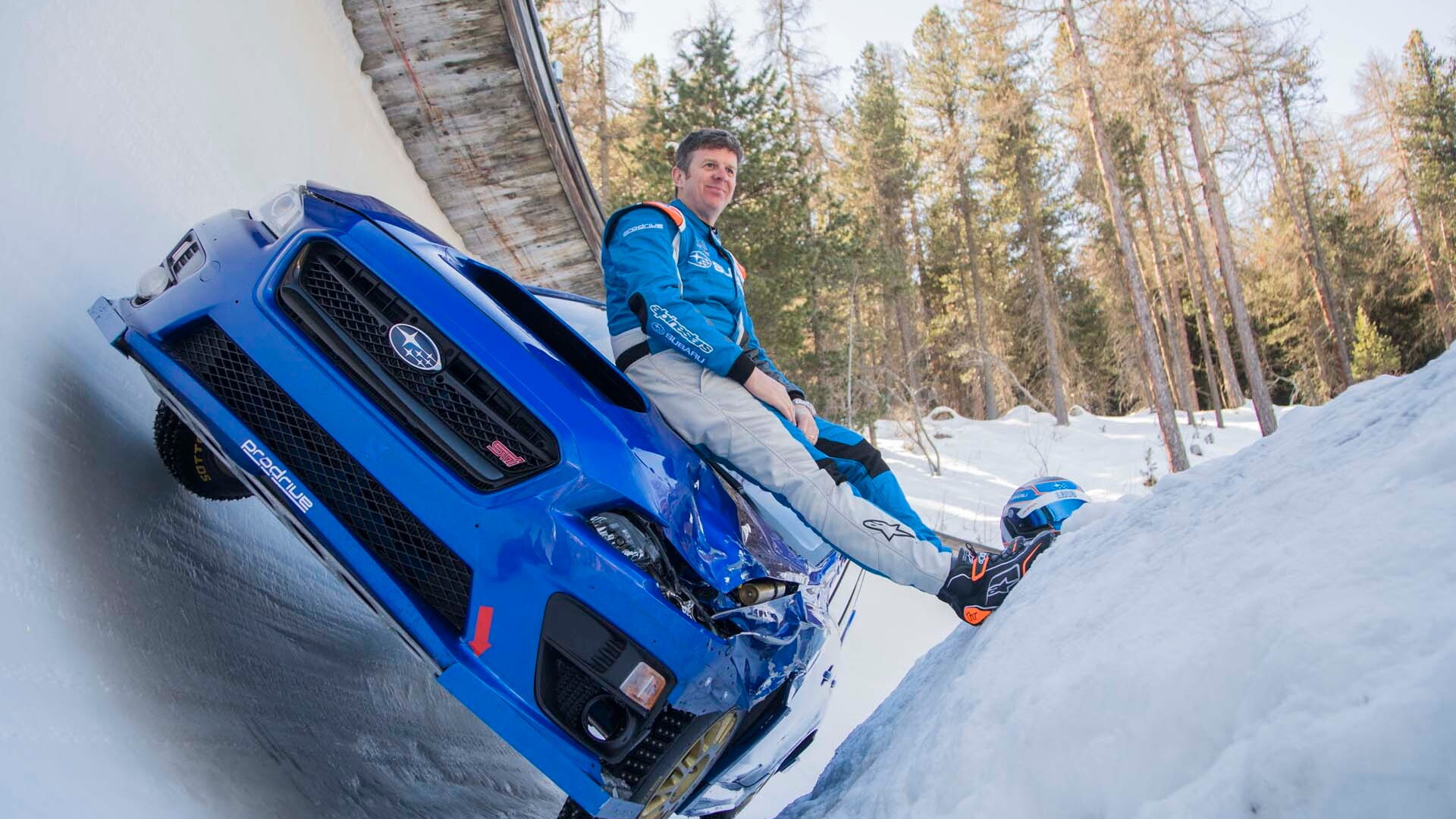 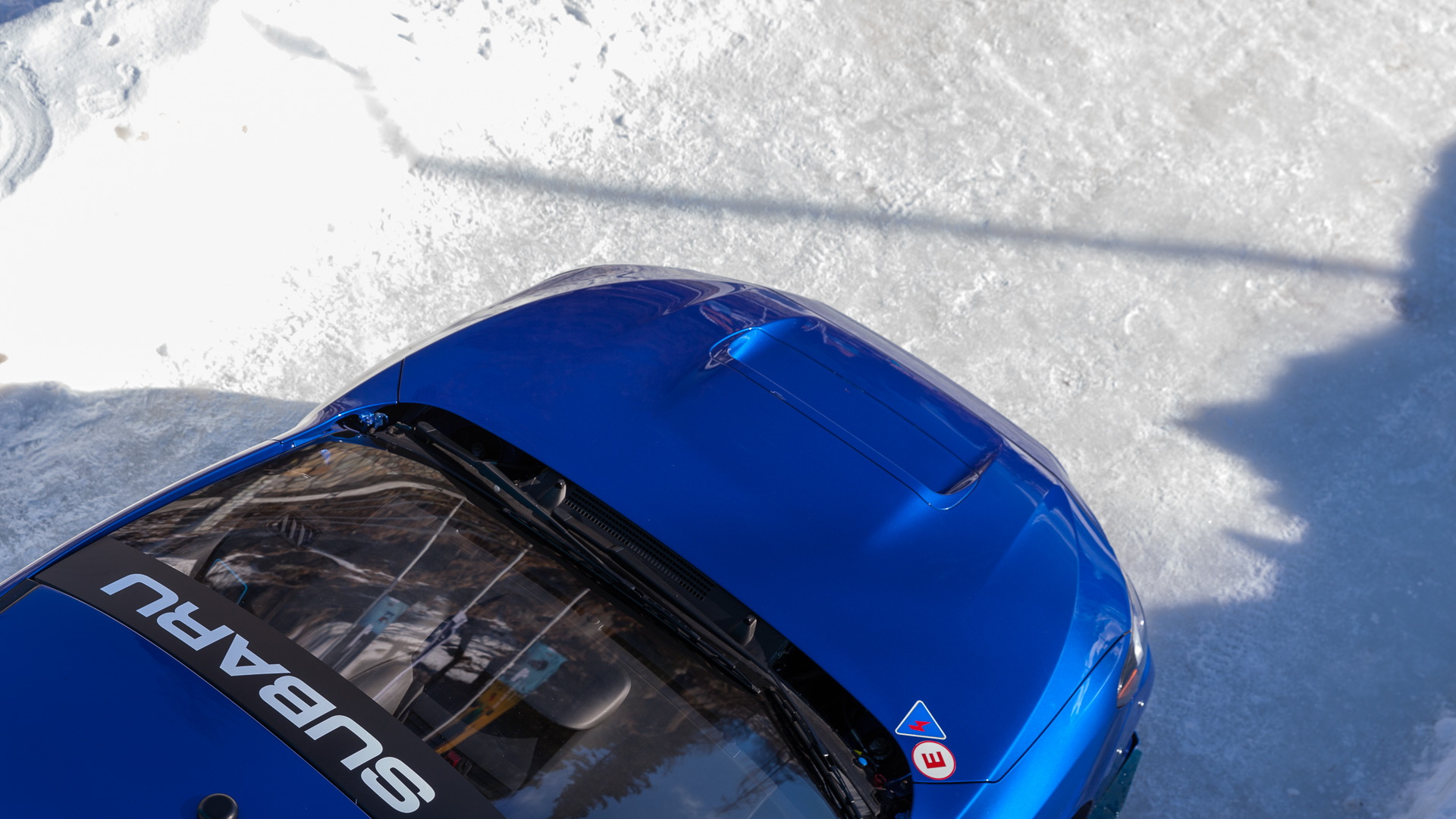 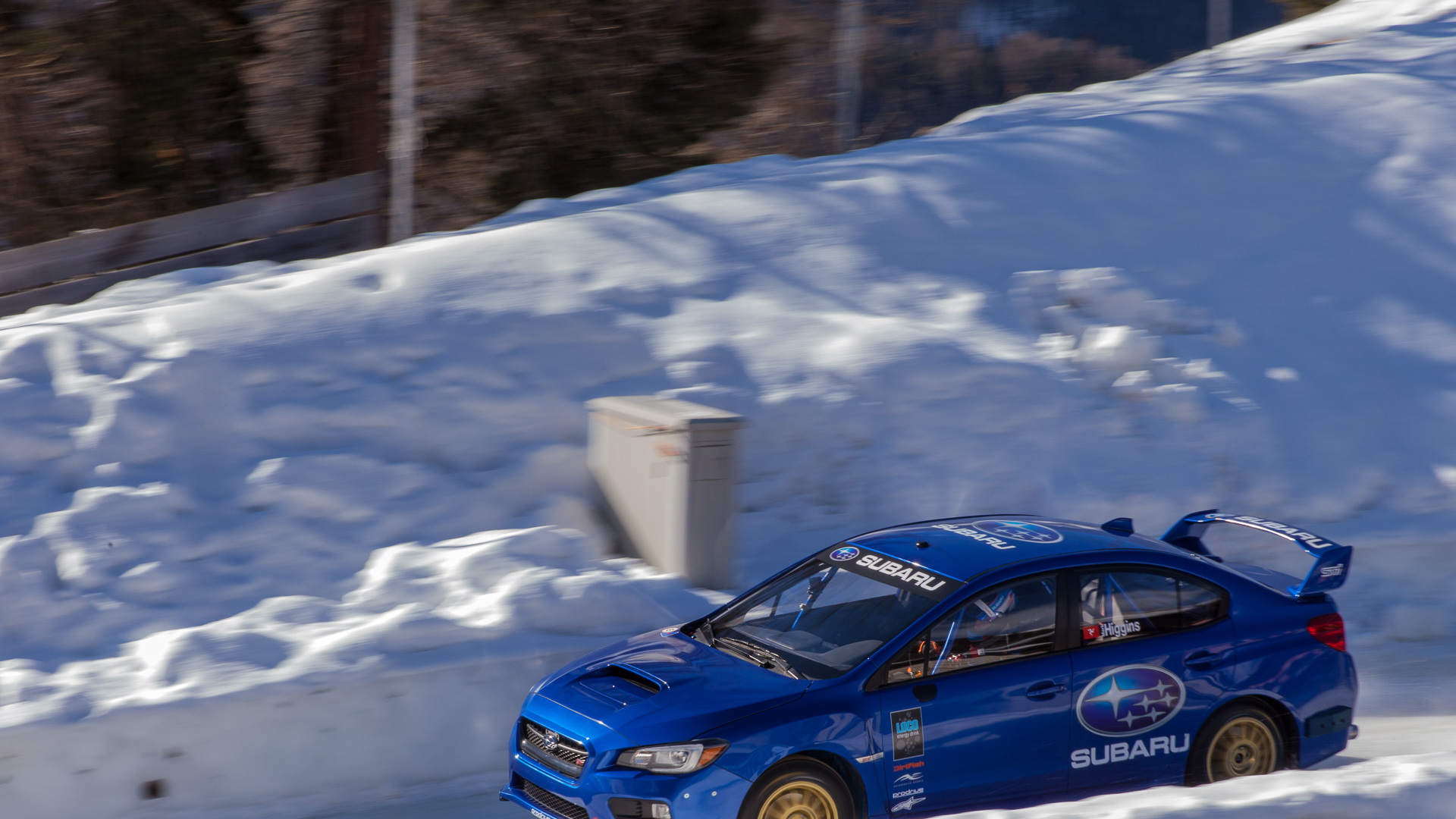 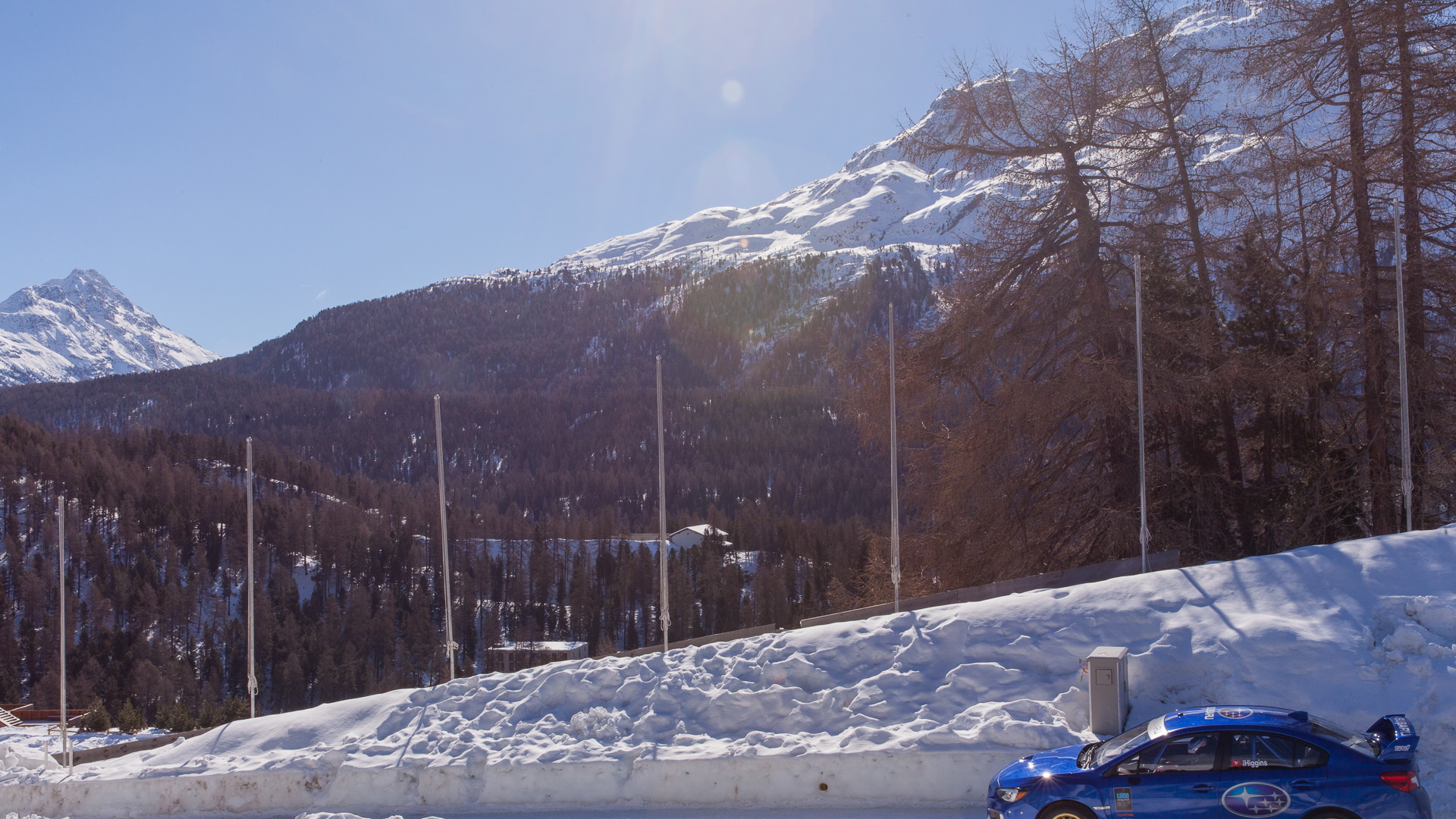 Bobsleds don't have rearview mirrors. Turns out, Subarus about to run down bobsled tracks don't need them.

But that's only one of the modifications made to the Subaru WRX STI prepped by rally specialists Prodrive to race down the mecca for bobsledders in St. Moritz, Switzerland. The others? A reinforced front and rear frame, 8-millimeter studded tires outlawed by rally racing's governing body, beefed up suspension parts that can withstand G forces meant for jet fighters, and a pilot equipped with an Alps-sized set of...never mind.

It's hard to understate what the bobsled track in St. Moritz means to the winter Olympic sport. It's the oldest and only "natural" course that's ever hosted the Olympics. It's carved out of the ground and was the first bobsled course in history. Minders groom the course at night and shape nearly 100 years of earth around the track. It's feels like it's alive.

The St. Moritz bobsled track is the spiritual home for bobsled racing. Running a souped-up STI down the course is like jumping a monster truck over the 18th green at St. Andrews.

Well, then. It sounds like we have a double dare.

The stunt may be part of a larger push that Subaru is making over the next few years. Tired of hearing that the Impreza is just a watered-down WRX, Subaru may be making space between the Impreza and the WRX and the WRX STI. The typical cadence of the WRX following the Impreza from which its based has been pushed further apart for greater chronological and philosophical separation.

Nonetheless, the WRX STI that's about to make this run looks fairly stock from 50 feet away—apart from some welded bits, those studded tires, and bolted-on bumpers that Prodrive provided in a hurry.

Rally and stunt driver Mark Higgins raised his hand to make the run, and he's familiar with the car already; he used the same car to set a record for a production car in a lap around the Isle of Man in 2014. He set another record around the Isle of Man in 2016 later in a different car built by ProDrive, and Higgins isn't shy about expressing his desire to set an overall record in the future—he hails from the small island between Britain and Ireland.

Higgins once slid a prototype Aston Martin DB10 around the Vatican City for the James Bond movie "Spectre," but the prospect of running a Subaru around a banked, 180-degree turn appropriately named "Horseshoe" at a nearly vertical angle to the ground had him placing his odds at 50/50 just before the stunt.

"I don't know what's going to happen, really," he said.

Centrifugal physical force would prefer that Higgins' car end up somewhere over the wall, scattered into the trees and turned into confetti for the penultimate corner, named Martineau, right before the finish straight. If he's too slow, he'll end up on his side, roughly 11 turns before Martineau—somewhere in the middle of the Horseshoe—and in desperate need of a tow.

His entry speed should be somewhere above 40 mph, but below 60 mph. Entry into the corner will immediately scrub about 5 mph from his speed—not to mention the impact and physical forces that could cause him to temporarily blackout.

"I'll have a sore neck tomorrow, that's for sure," said Higgins.

Ian Richardson is a British bobsledder who started formulating the plan a few years ago and found a couple willing participants to initially sign on to his admittedly dangerous idea of sending a car down a bobsled track. Those eventually balked at the cost, or lacked the intestinal fortitude to get the mayor of St. Moritz, the bobsled club, and common sense to simultaneously sign off  to make it happen.

"When you have some ears, people say 'We can do that.' But when they look at it, they immediately say, 'How in the bloody hell will it work?'" Richardson said.

Subaru signed on in January with all the necessary elements. Widening the track by a foot-and-a-half to accommodate the car seemed easy compared to the paperwork, inspections, and demands needed for it to work. For example, Higgins' car couldn't exceed a decibel limit imposed by the town, as if ear drums were the only thing at risk.

"I think it's fair to say that this is the first time in living memory someone has even tried anything like this," Richardson said.

Coincidentally, Richardson was a brakeman as a bobsledder, but his job for the last three years has been to add speed to his plan to send a car down St. Moritz, easily one of the fastest tracks in the world. The track is so fast because it's cold, he said, but warmer weather delayed the Horseshoe run until the last afternoon of the last day for filming.

A practice run pinballed Higgins' car and knocked out a wall just before the entry into Horseshoe corner. Instead of carrying speed around the course, Higgins would have to roll slowly into the corner, cross his fingers, then hammer the throttle harder than a rusty nail. Neon dots along the wall indicated his ideal line around the bend, but even he visualized that the run up the side of the wall could be dicey.

"My biggest concern was speed around the corner to get the shot," he said.

As the car approached the entry of the corner, a flurry of speed preceded a spray of snow. The front passenger-side rail dug deeply into the ice wall around Horseshoe and scoured the wall near his marks.

Compression in the shocks dug in the studded tires so deeply that the track was being irrigated at 45 mph. As Higgins rocketed around the corner, he dipped into the center of the track before careening up the wall. His exit line left the car in a position that was unlikely to right itself before the track flattened out.

Thankfully, a wall that had been extended from the corner was built precisely for when luck runs out and talent takes over. Higgins and his Subaru exited the final corner with two wheels on terra firma, teetering helplessly toward finishing the run on the driver's side door. As the roof mashed toward the right side of the wall, Higgins righted the ship onto all four wheels to finish the corner, shiny side up, and cheers belting through the radio.

"I always knew I'd be a passenger on the exit, because it comes off quite sharp," he said. "If we rattled down the side, it's OK. When the car has been built like it has, I have all the confidence in the world I'd be OK."

Meet Mark Higgins, the only man who thought throwing a Subaru-turned-bobsled down a legendary run would turn out OK.