Update: The alleged brochure for the new Toyota Supra has turned out to be a fake. After some further digging, 'Motor.es' discovered that the scan was compiled using the original brochure from the MkIV Supra as well as some enthusiast magazines from Japan. Our original post is below.

An image alleged to be the scan of a brochure for the upcoming Toyota sports car thought to be reviving the Supra name has surfaced on the website Auto.Blog.rs.

The text is in Japanese but Motor1 reports that the information provided mentions three powertrains, though none with rumored hybrid technology.

The powertrains are said to be sourced from BMW and include turbocharged 2.0- and 3.0-liter units. The 2.0-liter is said to offer outputs of 192 horsepower and 236 pound-feet of torque and 252 hp and 295 lb-ft, while the 3.0-liter is said to output 340 hp and 332 lb-ft. The numbers for the 2.0-liter engine match outputs of current BMW models, though the same can’t be said for the numbers of the 3.0-liter engine. 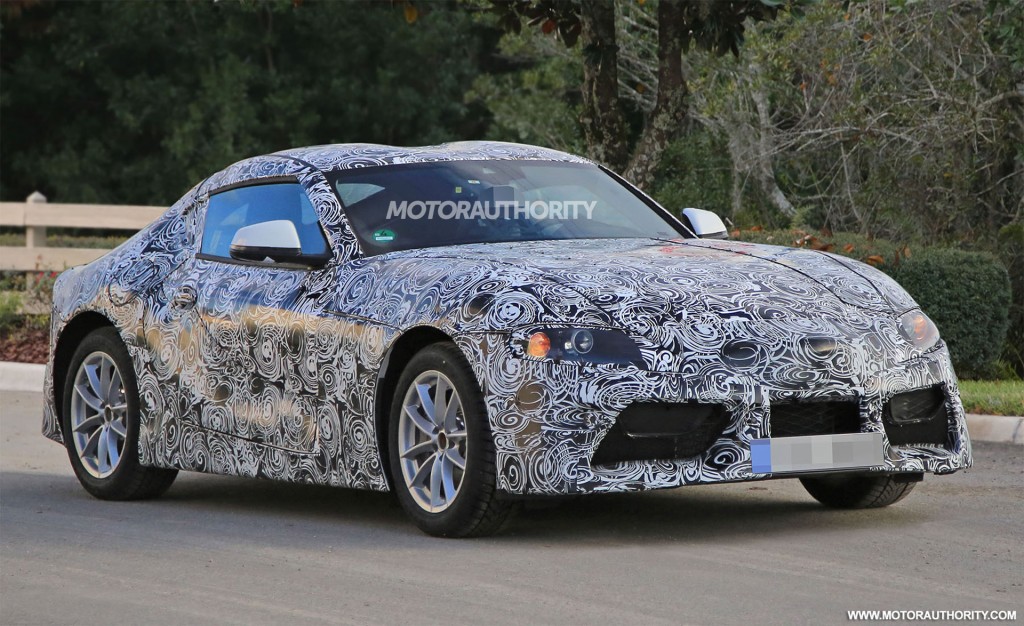 The text also reveals that the new Supra will have a length of 172 inches, a width of 72 in and a height of 50 in. That would make it slightly longer and wider than the Toyota 86 but with a similar height. We also learn that depending on the powertrain the weight will vary between 2,976 and 3,152 pounds, and that buyers will have the choice of 18- or 19-in wheels.

A headlight and part of the front bumper is also shown. The headlight features a similar shape to the unit on Toyota’s FT-1 concept from 2014, which previewed the design. We can also see that the car in the brochure maintains the air curtains and pronounced nose of the concept.

The new Supra is expected to be given a preview showing during October’s 2017 Tokyo auto show. It is expected on sale in 2018, as a 2019 model. Its platform will also spawn BMW’s replacement for the Z4.