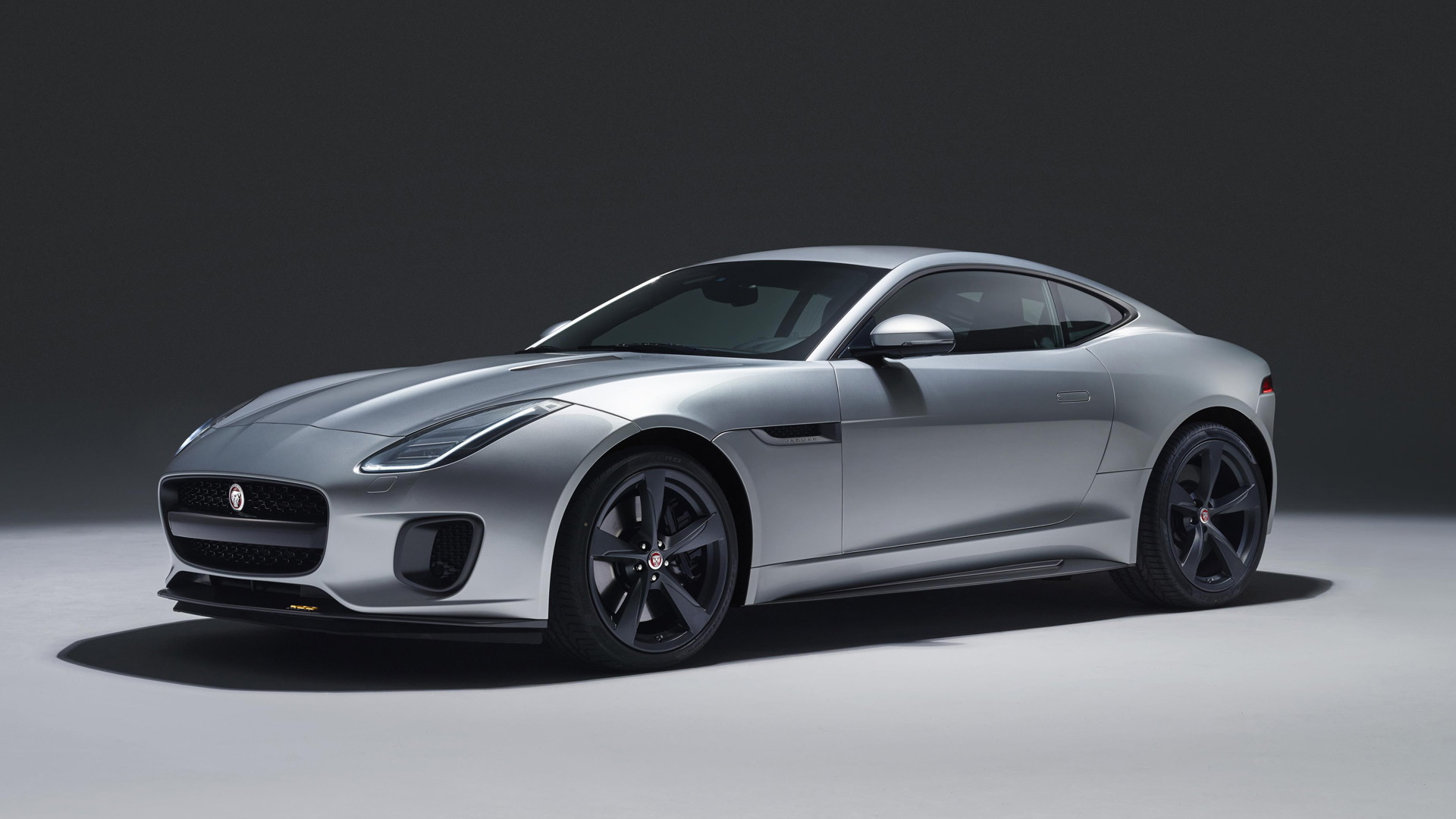 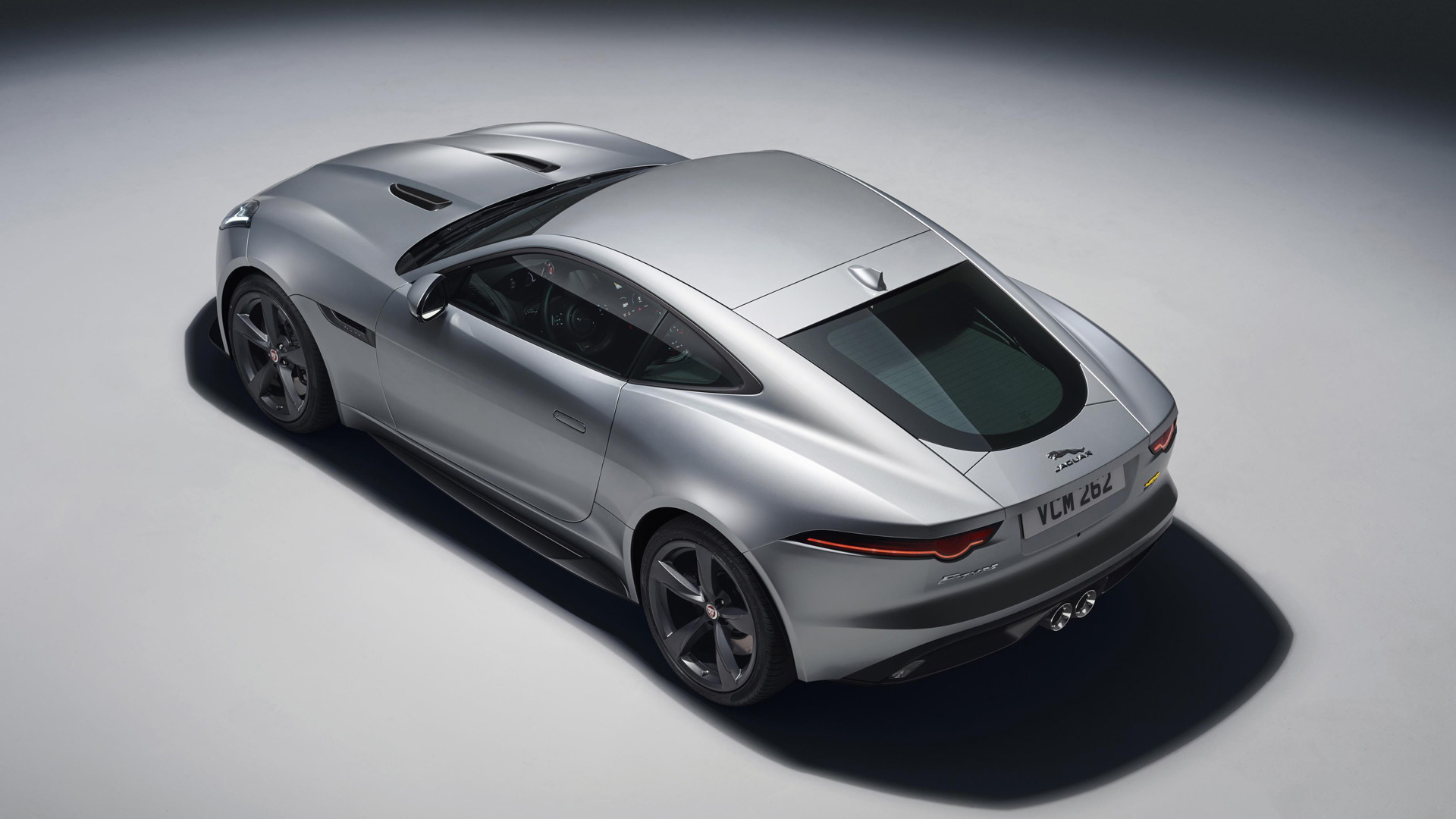 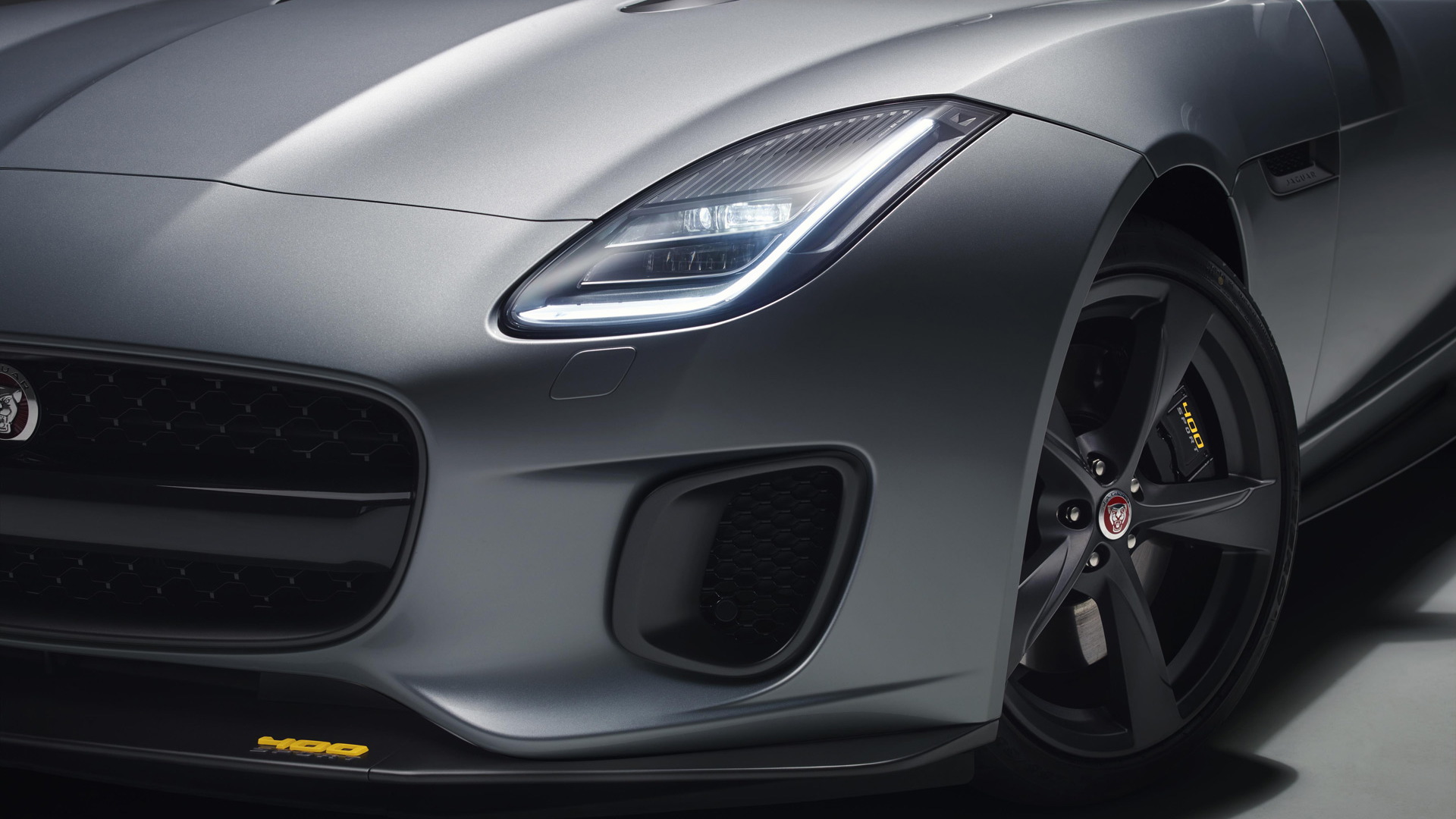 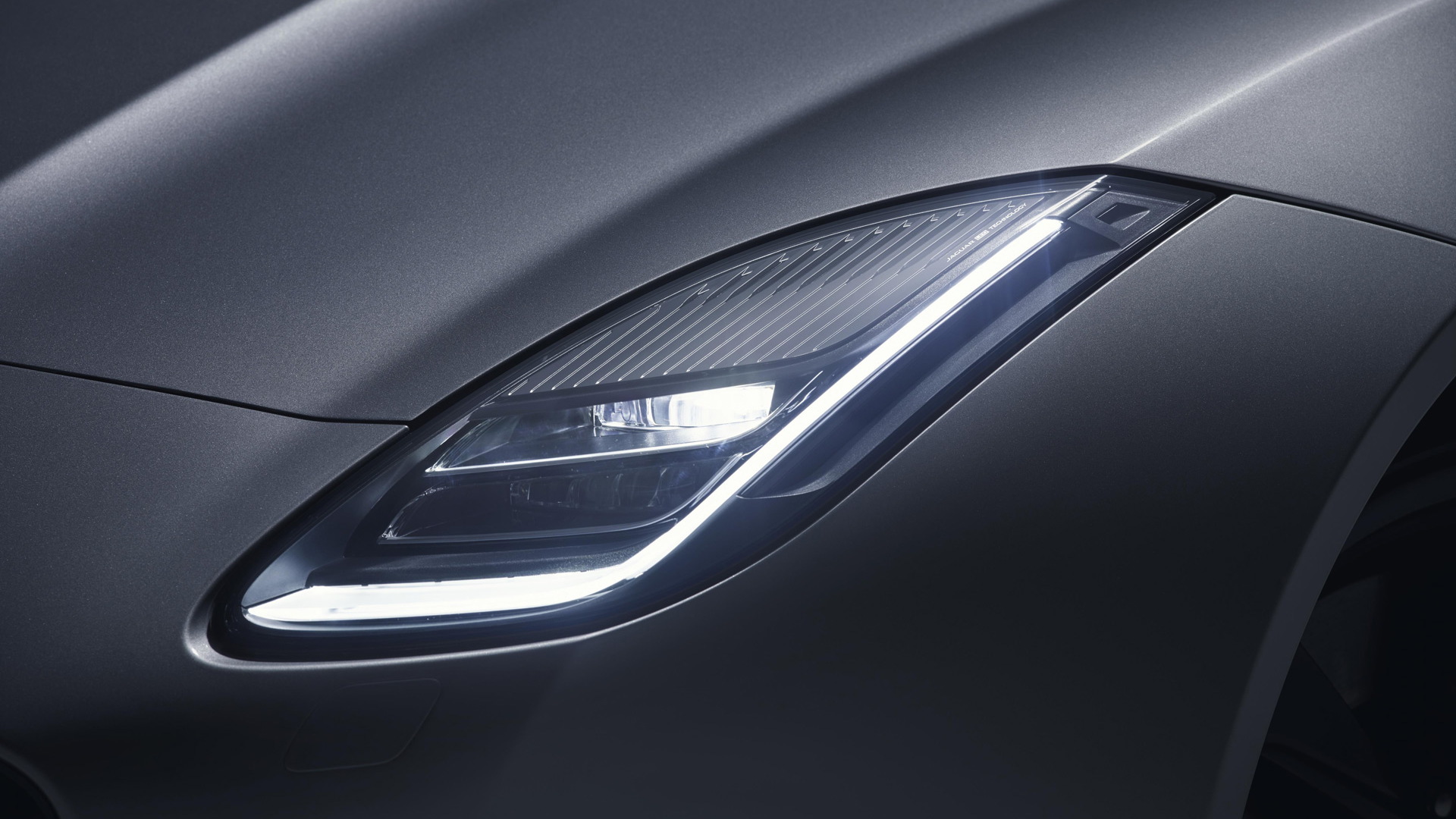 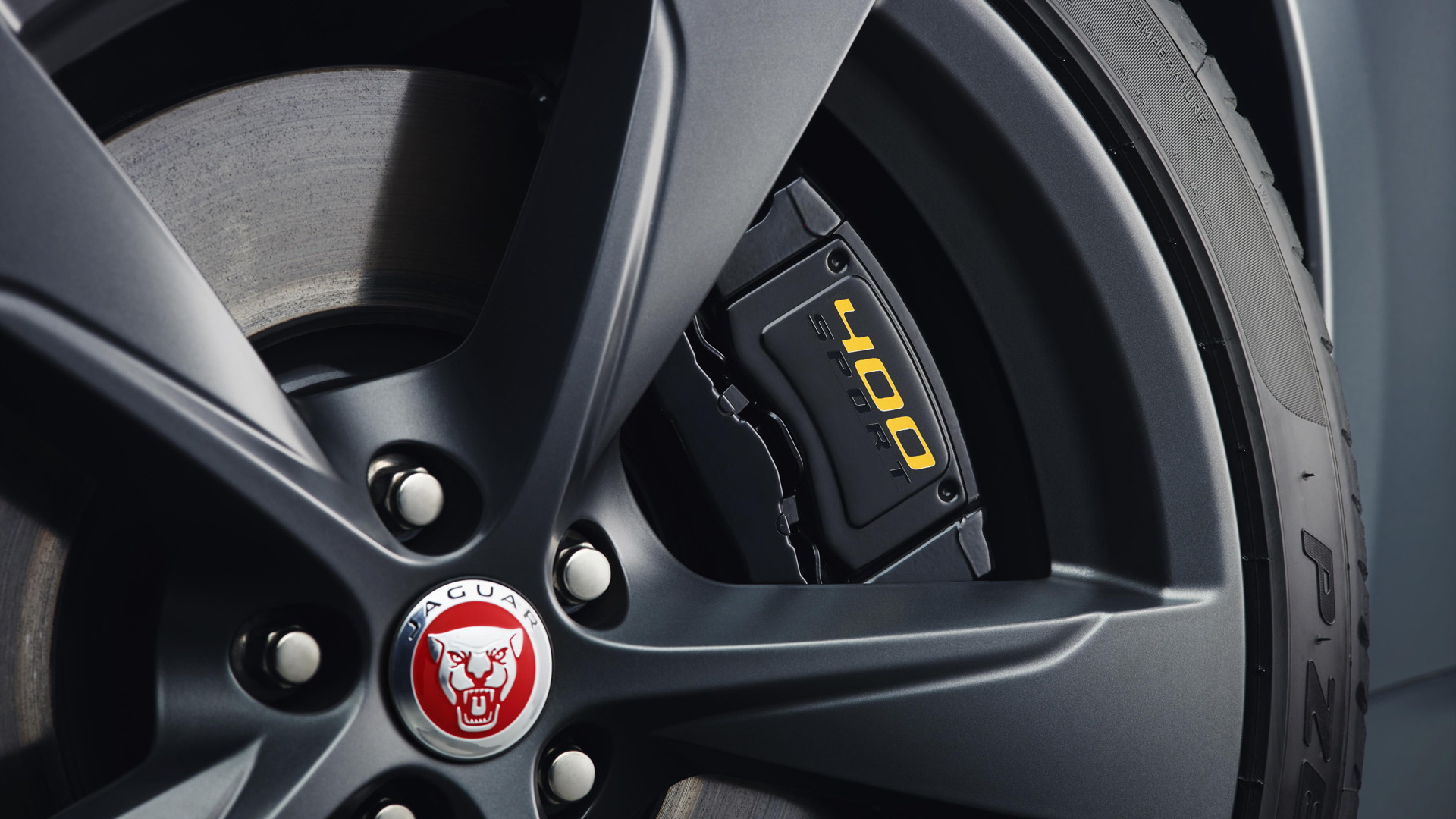 Jaguar’s F-Type has undergone a mid-cycle update. The changes are subtle yet provide the stylish sports car with the latest technology, a more refined look, and a new engine option. There’s also a lower price tag!

You’ll spot the updated range by the full LED headlights and new, model-specific bumpers. The aim of the new bumpers, Jaguar says, was to provide clearer visual differentiation between the different models.

The interior was also tweaked with the addition of lightweight slimline seats that help shed around 17 pounds from the curb weight, as well as new chrome and aluminum accents used to further differentiate between the various models. Jaguar is also offering an expanded range of color and trim options for the interior.

Also in the interior, Jaguar has fitted its Touch Pro infotainment system which is able to control a special app called ReRun. The app combines vehicle data with a GoPro to provide an overlay of information for the recorded video. We’re talking about key vehicle performance data such as speed, throttle position, gear selection, braking force and g force.

Finally, Jaguar has added a semi-automated park-assist function designed to make parallel parking in even the tightest of spaces quicker and easier. When passing a potential space, the car’s ultrasonic parking sensors measure the length. If big enough, the system takes care of the steering: all the driver has to do is press a button, engage reverse and control the throttle and brakes. The system will also guide the vehicle out of the space when it’s time to leave.

Jaguar has also rejigged the lineup. The big news is the introduction of an inline-4 as the new base option, which brings the starting price down to just $60,895. (The 2017 model’s starting price was $62,395.) The new engine is the 2.0-liter turbocharged inline-4 found in other Jaguar models, and in the F-Type it has a specific tune of 296 horsepower and 295 pound-feet of torque. It also comes exclusively with an 8-speed automatic.

The base F-Type can also be equipped with the familiar 340-hp 3.0-liter supercharged V-6, which can be had with a 6-speed manual, and above this is a 380-hp version of the V-6 in a new model called the F-Type R-Dynamic. This is essentially the replacement for the F-Type S and includes a few sporty elements inspired by the design of the more hardcore F-Type R. Those sporty elements include 19-inch wheels, a body kit, gloss black accents, an active exhaust and LED headlights.

Further up is a new special edition model called the F-Type 400 Sport, which will be available for one year only. It also boasts the V-6 but sees its output boosted to 400 hp. The bump in power is complemented by uprated brakes, custom 20-in wheels, and Jaguar’s Configurable Dynamics performance setting. You’ll easily spot the car by its yellow accents and “400” badging.

Further up still are the F-Type R and F-Type SVR models. These maintain their supercharged 5.0-liter V-8s and respective 550- and 575-hp outputs.

Sales of the 2018 F-Type commence later this year. Pricing starts at $60,895 for the F-Types equipped with the new inline-4 and tops out at $125,995 for the F-Type SVR Convertible. All pricing figures include a $995 destination charge.

For more on the Jaguar F-Type, read the in-depth reviews at The Car Connection.