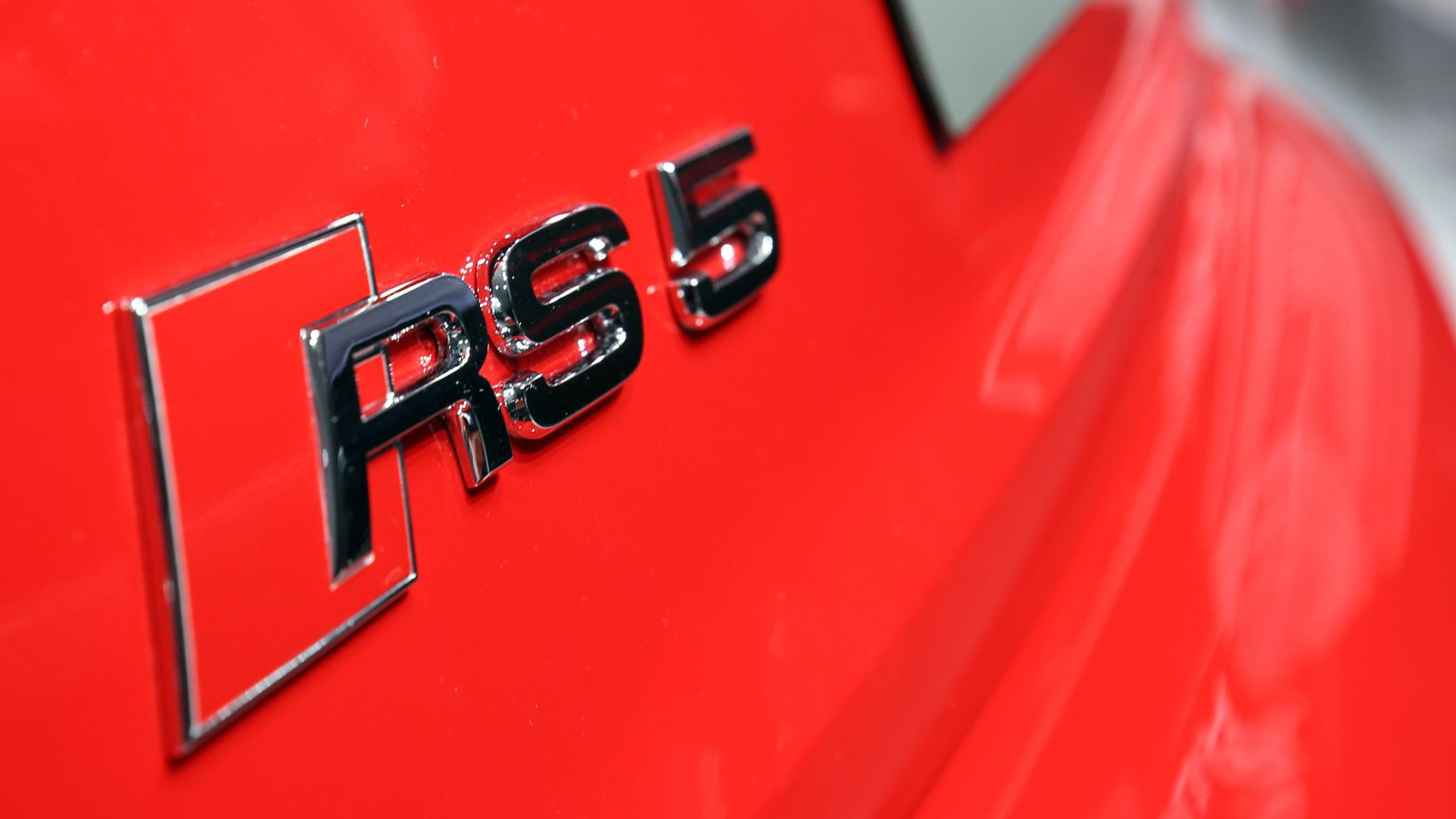 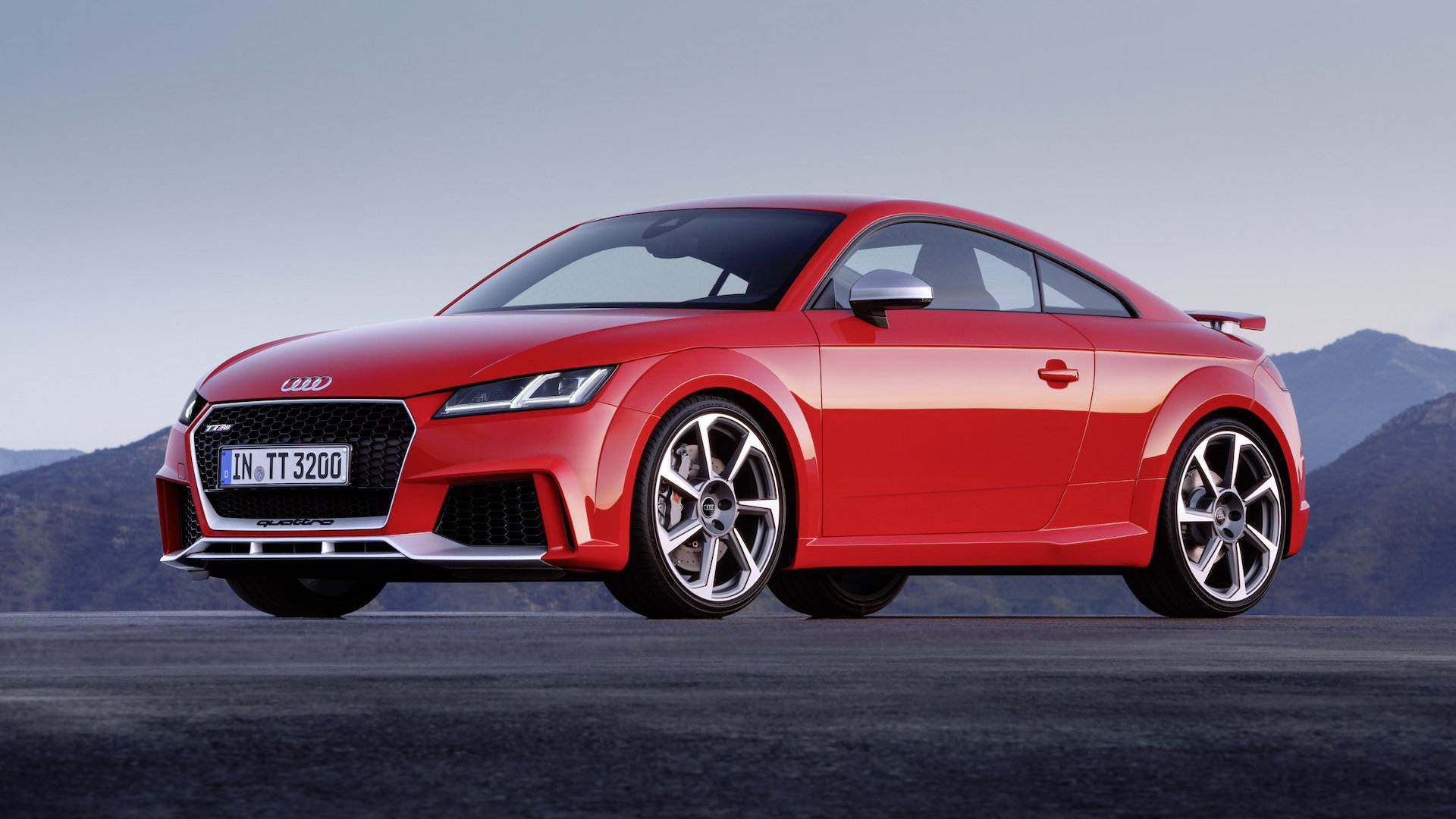 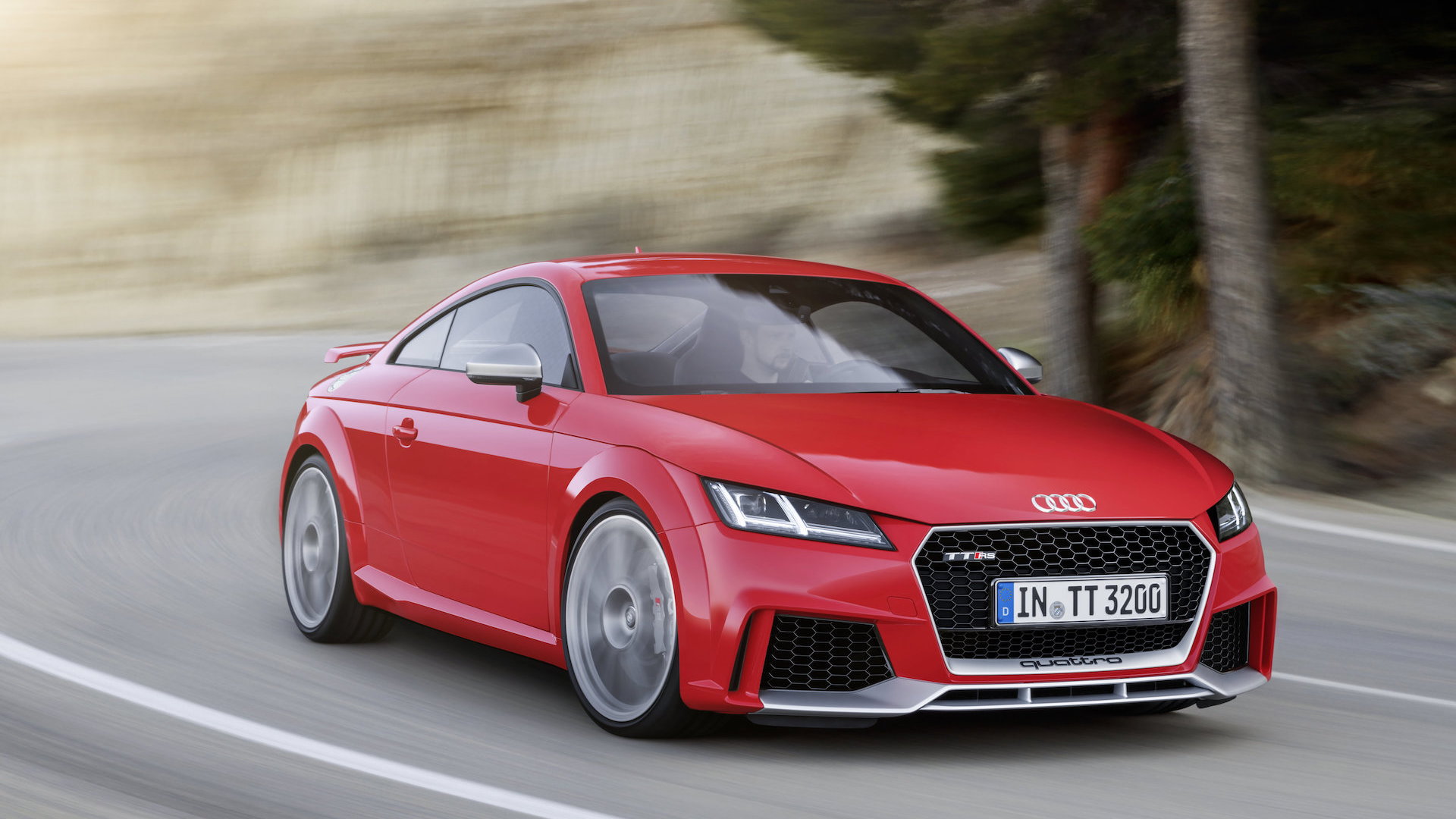 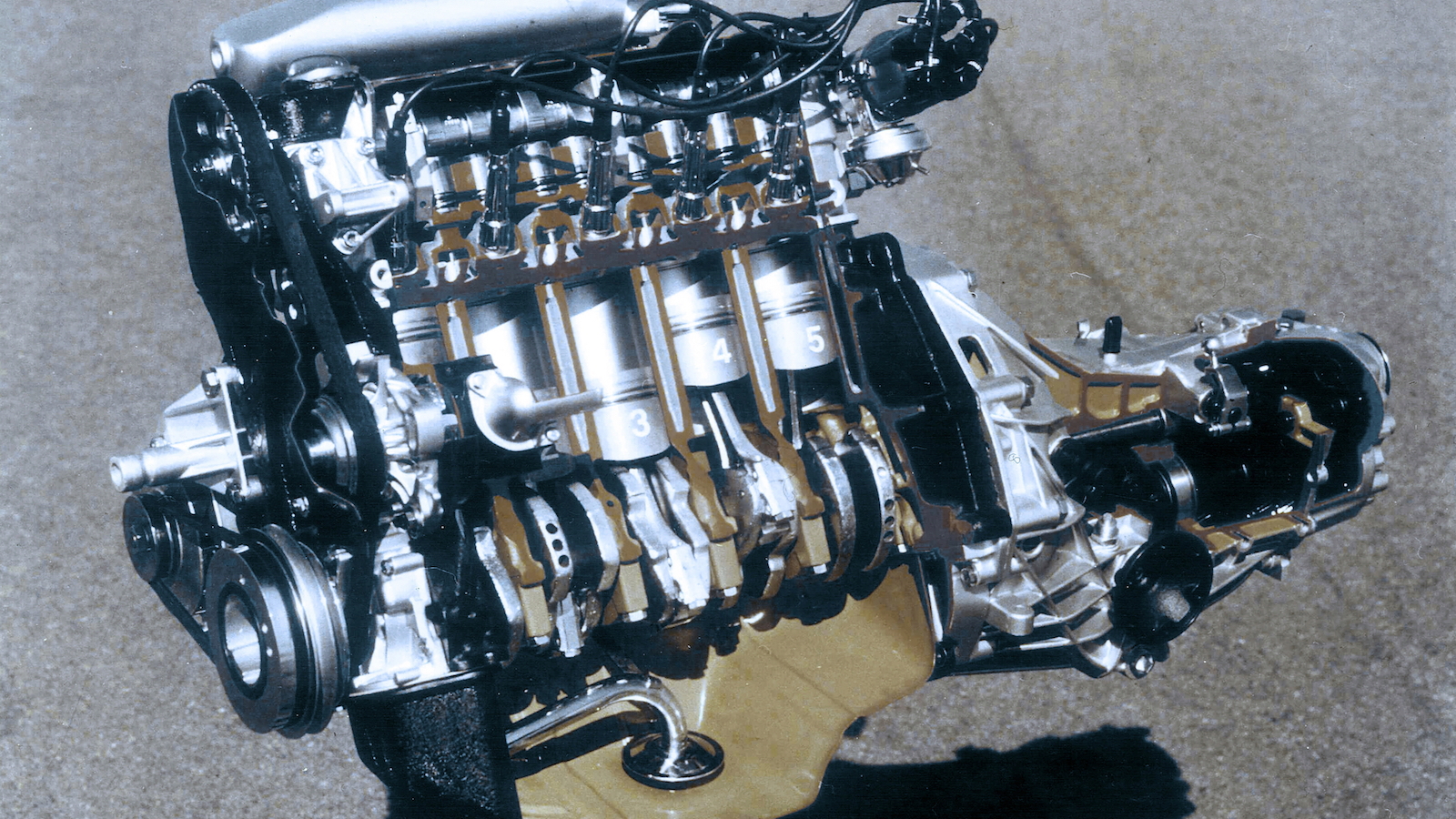 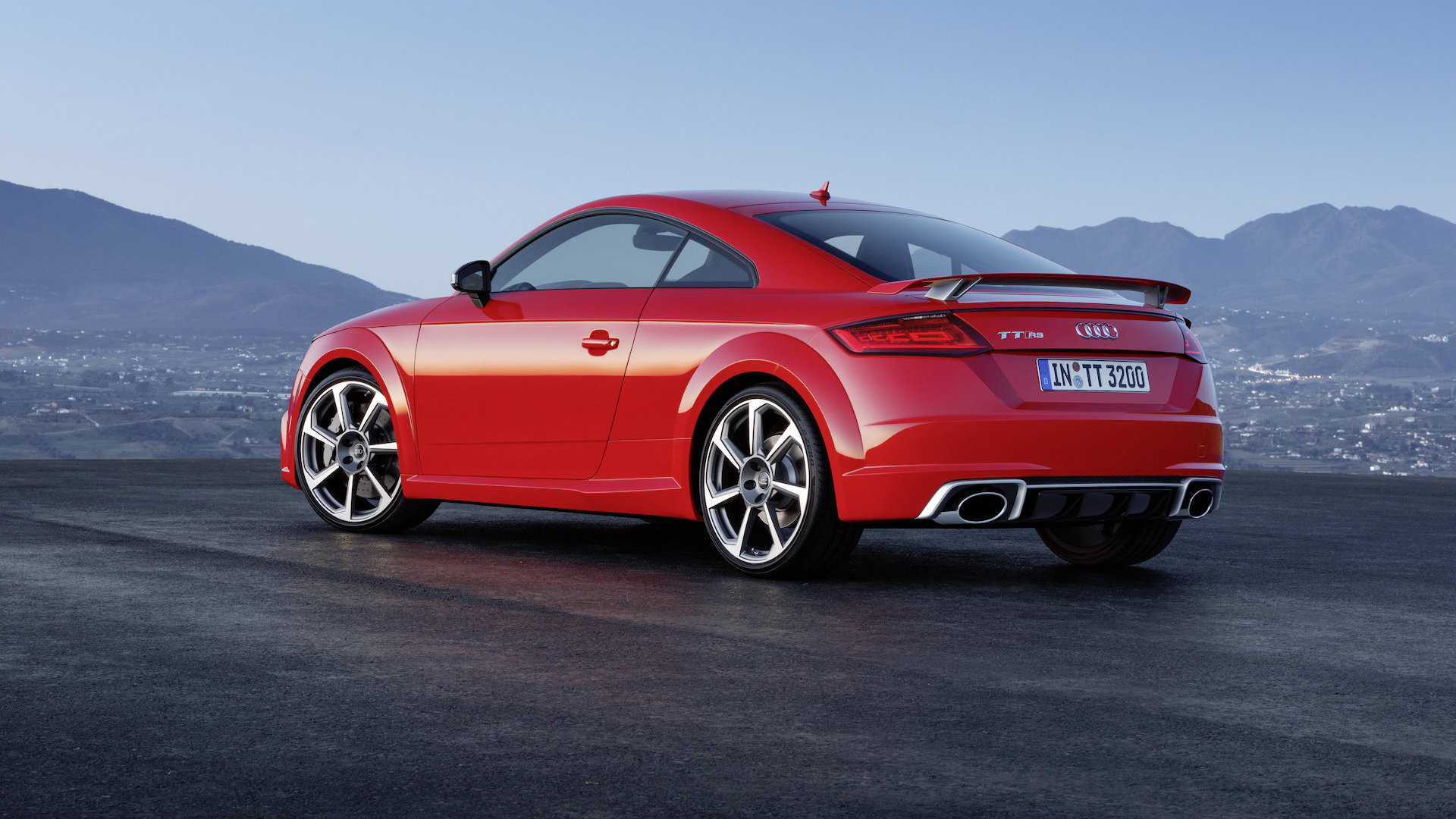 Audi RS models are elusive in the United States. Over the past decade or more, enthusiasts in America have watched with envy as European buyers were offered RS models unavailable the U.S. Now, it appears, more of that cool stuff from Europe is coming to America.

The RS models are built by Audi Sport, Audi's performance division. At the New York auto show, Audi Sport announced eight new RS models are coming to our shores in the next 24 months.

The current Audi Sport lineup has only one RS model, one S and two R models. The range consists of the R8, R8 Spyder, and the 605-horsepower S8 Plus and RS 7. Moving forward, it will get far more RS models.

Why the distinction between RS and the others?

The R8 is obvious. It represents the top of the Audi Sport lineup, but not all Audi Sport models have what it takes to qualify as an RS model, even though they fall under the Audi Sport range. The 2016 S8 Plus was an example.

"There we had the discussion. Is it an RS 8 or is it an S8 Plus?" said Stephan Reil, head of Audi Sport Product Development in an interview at the New York auto show. "On straight performance, no question. 605 horses. It's good for straight performance to label it an RS. But to reach the other goals we have for an RS the car would have been much more aggressive from the design side. In order to reach our driving dynamic goals, the ride would have been much more uncomfortable than it is now. Our marketing people said the customer wants outstanding performance straight, good cornering—but not outstanding. Not racetrack because you don't use an S8 for racetracks. There are other track tools that are suited better on the track. So the decision was made that it's not an RS 8. It will be an S8 Plus."

That leaves five additional RS models to come. With a new A4/S4 on the market, an RS 4 would be a natural.

For the rest of those models, we can look at what's available in Europe. Buyers across the pond can pick from the RS 3 Sportback, TT RS Roadster, RS Q3, and RS 6 Avant. The RS 3 Sportback and TT RS Roadster are versions of RS models already announced for the U.S., so they could come right over to our shores. The RS 6 Avant is a wagon version of the aging A6, so that could come for a year or two and quickly fade away or Audi could decide to wait for the next-generation A6 platform to offer an RS 6, and it would probably be a sedan in the U.S.

What about an RS based on a crossover SUV? The RS Q3 is available overseas. An RS Q5 could make sense based on the new Q5 that's small enough to handle well, and an SQ5 will arrive soon.

"From a segment standpoint, it (a crossover-based RS) is a natural choice, because these are growing segments for us, absolutely. But then, we have to have a discussion with Audi Sport about what may or may not fit. And this is again where it is important to keep the authenticity of the RS concept," Audi's Vice President of Product Management Filip Brabec said.

Could Audi go even larger than that?

Perhaps for an Audi Sport product, but not as an RS model. Reil gave the example of the Q7 V12 TDI that was offered from 2008 to 2012, but not in the U.S. This SUV had a 500-hp V-12 diesel engine that ground out 770 pound-feet of torque, but it didn't have what it took to qualify as an RS. "We have a clear catalog of characteristics of what RS stands for and, of course, when you are in a 2.7-ton SUV, it is quite hard to reach these goals," Reil said.

To prepare for this product onslaught, Audi has signed on more than half of its dealers to have a dedicated Audi Sport salesperson tasked with knowing the cars inside and out.

A business within a business

What is now Audi Sport was formerly Quattro. The change occurred last November, but why? "Quattro Gmbh was never really intended as a consumer-facing name. It really made sense for us to look for an opportunity for us to look at Audi Sport being recognized in the area of motorsports," Brabec said.

Audi Sport independently operates within Audi. "We are just like a little, small car manufacturing company. We have the full range. We have a financial department, we have development, production, quality. We are completely responsible for our business. We are responsible for the business case of the car. Of course, our only owner is Audi AG, so at the end of the year we donate our profit," Reil quipped.

The cars are even labeled as Audi Sport Gmbh creations.

Reil and his team are involved with product development at the start of each project. "Right at the beginning when our colleagues from Audi AG think of the new car, the new platform, right at that moment we are sitting with them at the table and discussing our concepts, our solutions," Reil said.

Audi Sport vehicles need packaging considerations such as more space in the engine compartment, more room for cooling, larger wheels and brakes, wider tracks, and different suspensions. Even the structures need to make room for thicker exhaust pipes and larger transmissions. "The best thing, of course, is when our parts are part of the compromise. If that is not possible because it would have an influence on the part cost of the base model, then we are looking for modular solutions that we can open that door later on with the smallest amount of money," Reil said.

It's the cars, however, that American buyers will be interested in, especially those RS models that we've missed out on for all those years.

Look out, AMG and M, Audi Sport is coming for you. That's a good thing for U.S. enthusiasts.