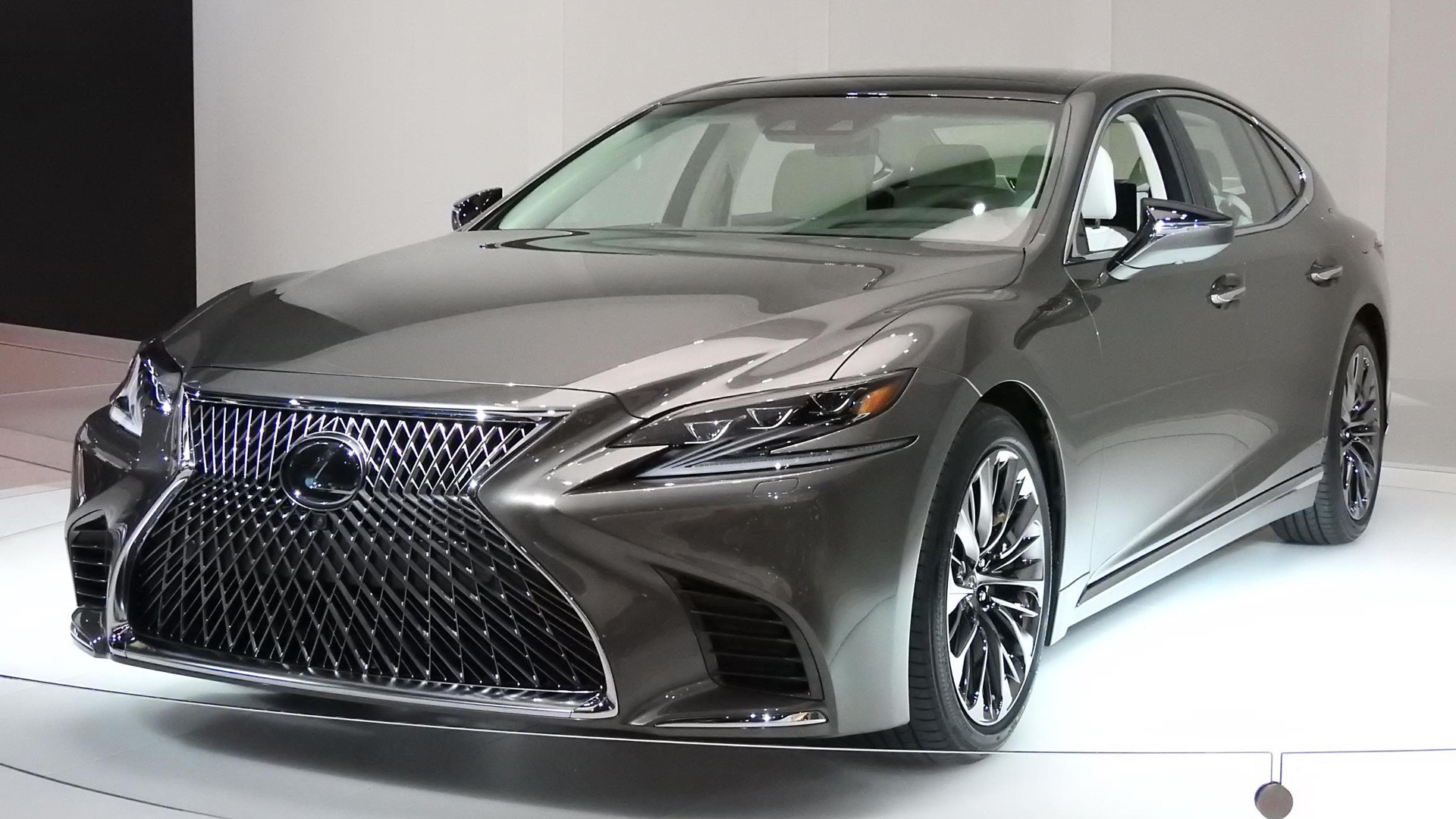 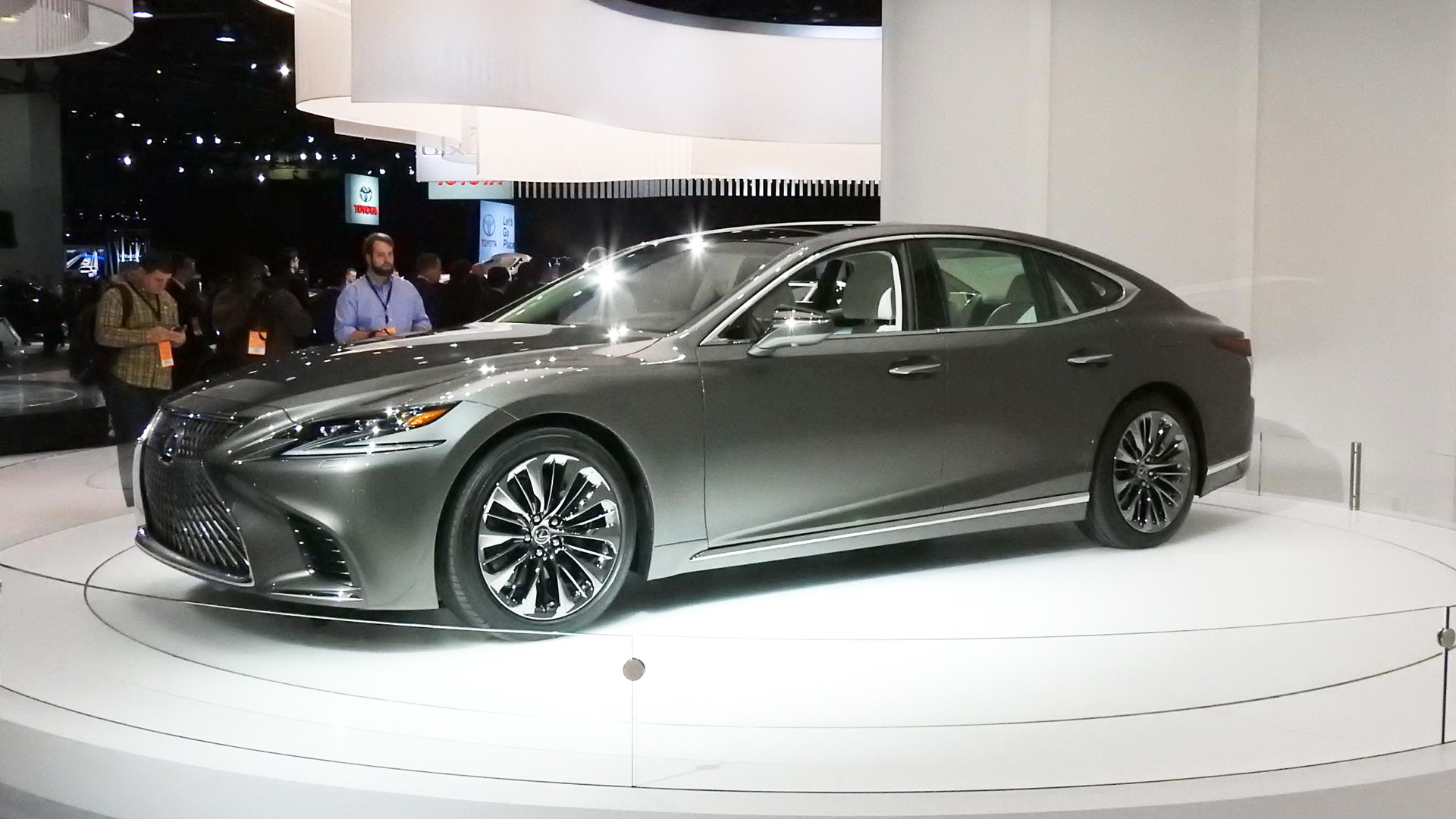 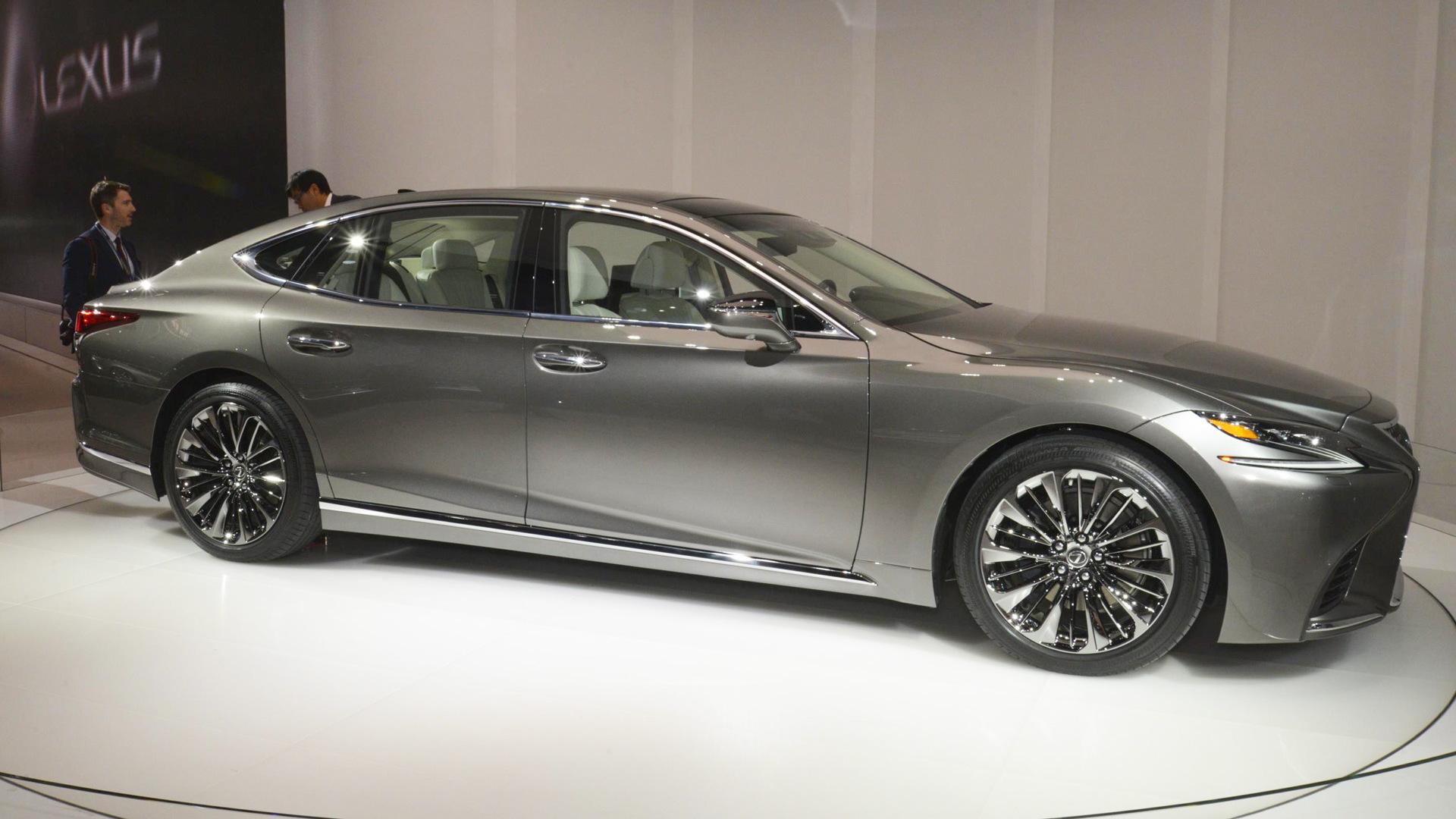 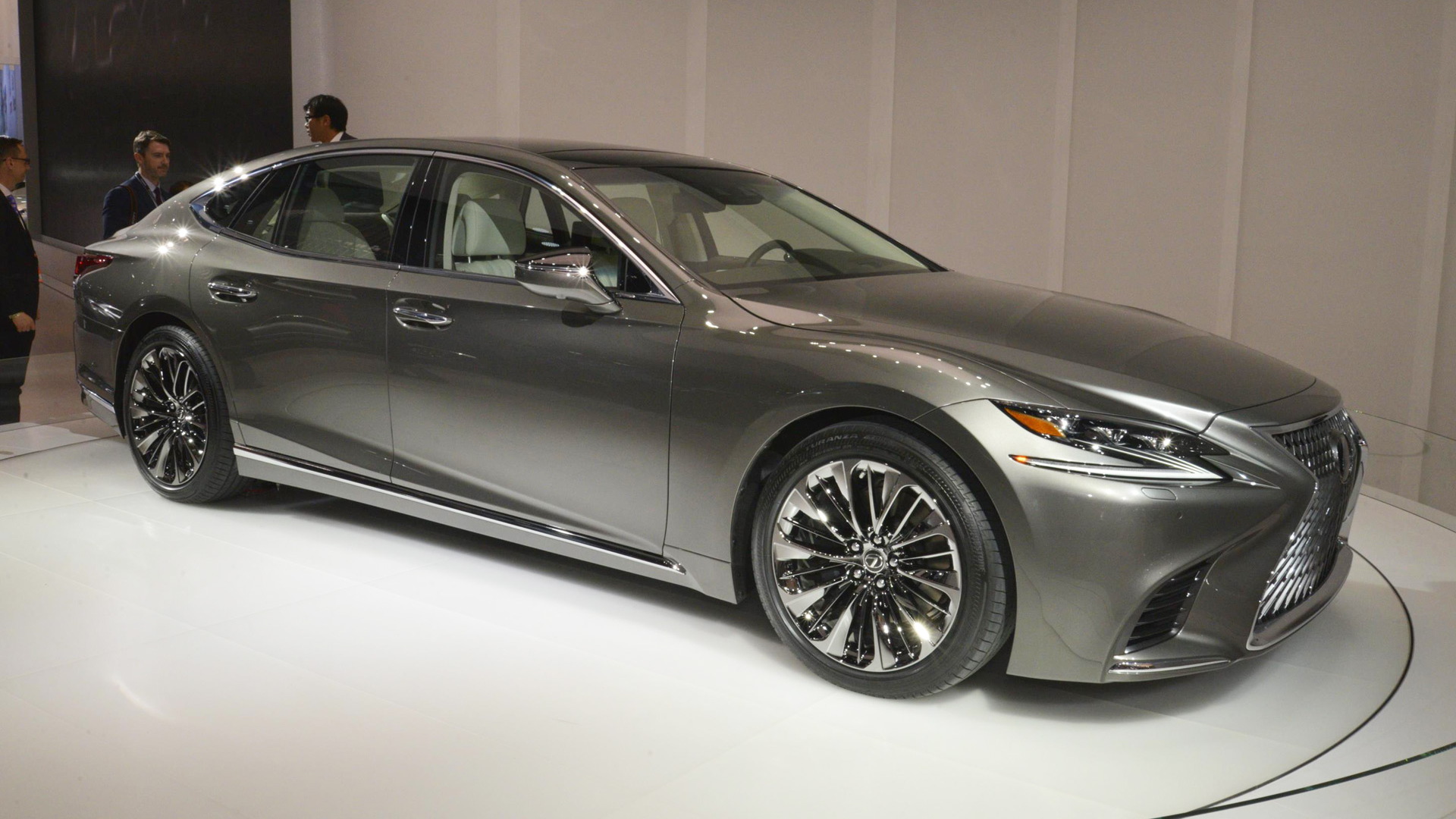 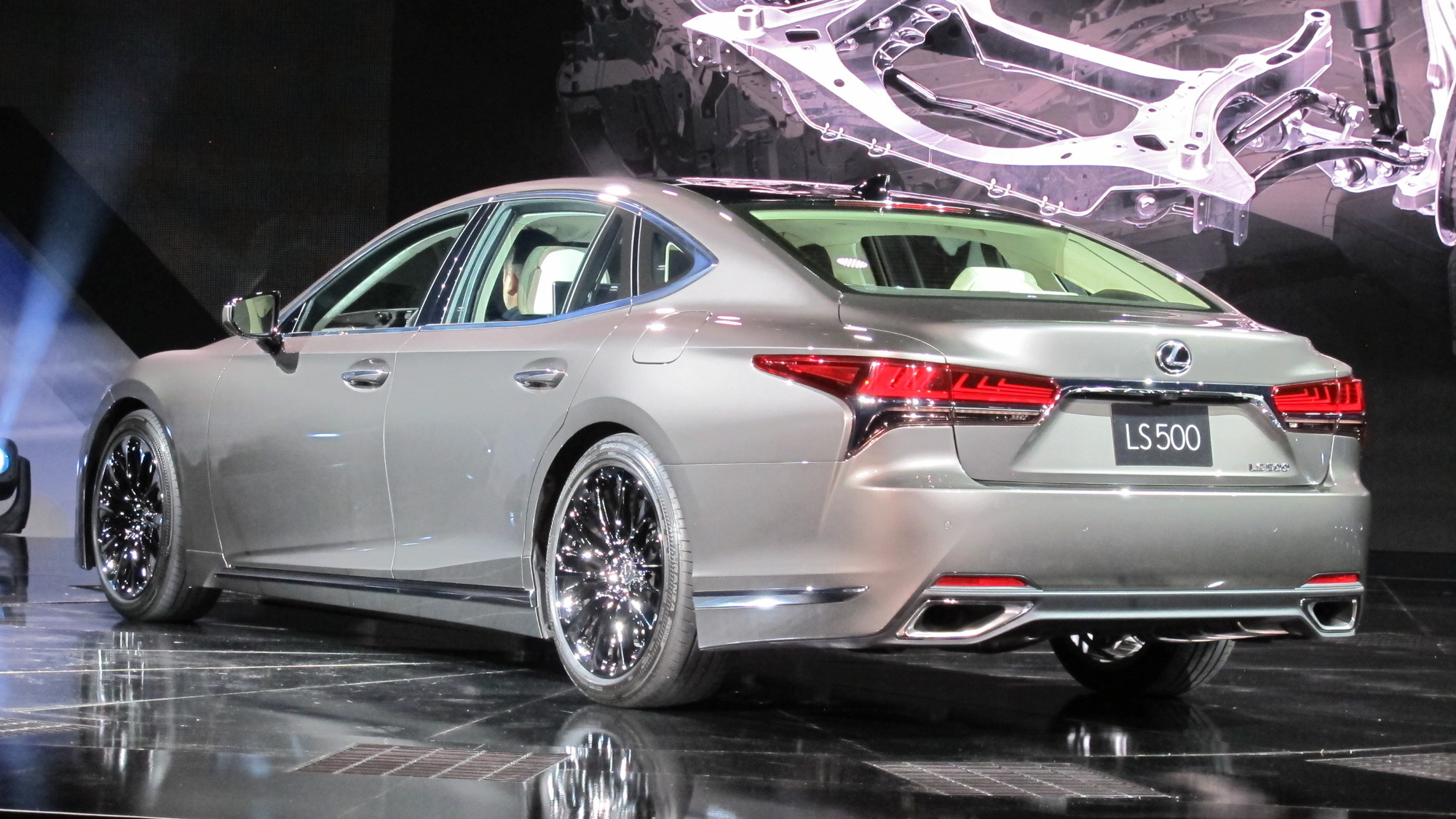 Mercedes-Benz went running home to Germany with night terrors 28 years ago after Lexus introduced the new LS at the Detroit auto show. Then the Japanese automaker let its flagship whither on the vine since 2006.

Now, it’s getting serious again with a new LS on a that moves the automaker’s design language forward, features new tech, and a new engine.

Look, Lexus has been getting very aggressive with its designs lately. Have you seen the RX crossover SUV or IS sedan lately? Then there’s the drop-dead gorgeous new LC sports car. The new LS moves the needle even further. It’s longer, lower, wider, and far more striking than ever before. The profile is defined by a six-window design, there’s a massive spindle grille up front, eye-catching headlights, and wrap-around taillights that kind of look like they are melting.

Inside the LS sends mixed messages. The gauge cluster gives a sporty feel with a large digital tachometer and speedometer front and center flanked by analogue gauges and controls that jut out from the gauge cluster like we’ve seen on ‘90s Japanese sports cars. Then there’s the center stack, which is both gorgeous, yet familiar as it’s similar to that of the Mercedes-Benz S-Class. Every where you touch you’ll find materials that are nothing short of outstanding with leather, real wood and metal.

CHECK OUT: Take a walk around the 2017 Detroit auto show

Power is provided buy a new 3.5-liter twin-turbocharged V-6 producing 415 horsepower and 442 pound-feet of torque. It’s mated to a 10-speed automatic transmission that Lexus claims is as fast as a dual-clutch transmission. Rear-wheel drive is standard and all-wheel drive is on the options list. While these cars aren’t really about speed, a projected 0-60 mph time of 4.5 seconds seems adequate.

Being a flagship tech is important and the LS doesn’t skimp. There’s a 12.3-inch infotainment screen, 28-way power front seats that are heated, cooled, and massage, air suspension, 3D surround sound system by Mark Levinson, and a color heads-up display that Lexus claims is the largest in the world.

Of course, all the active safety tech you could imagine is here from adaptive cruise control and lane departure warning to automatic emergency braking and the ability to potentially steer around a person while still staying in the lane.

Lexus isn’t talking pricing or fuel economy, yet but the new 2018 LS will go on sale towards the end of 2017.