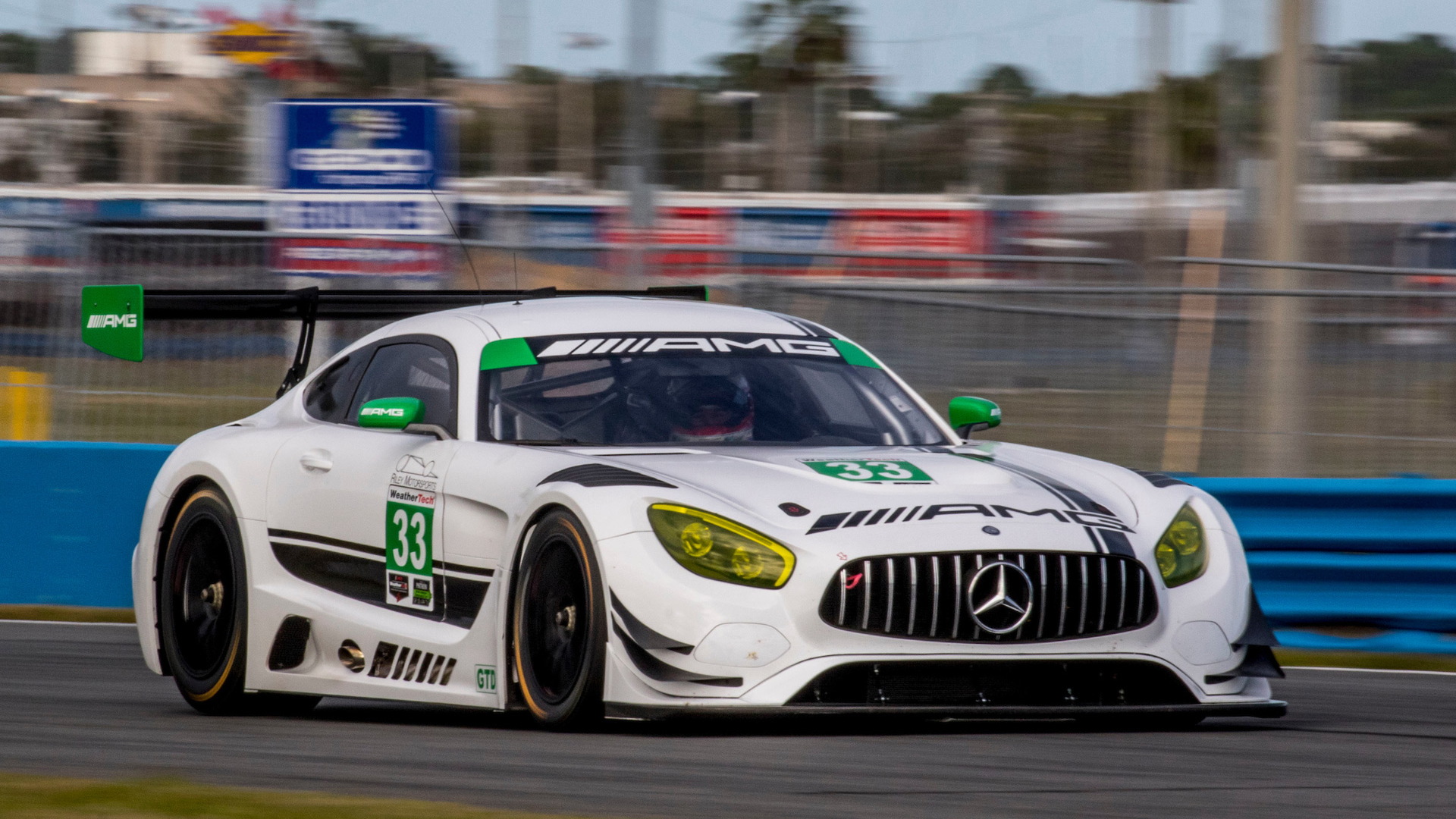 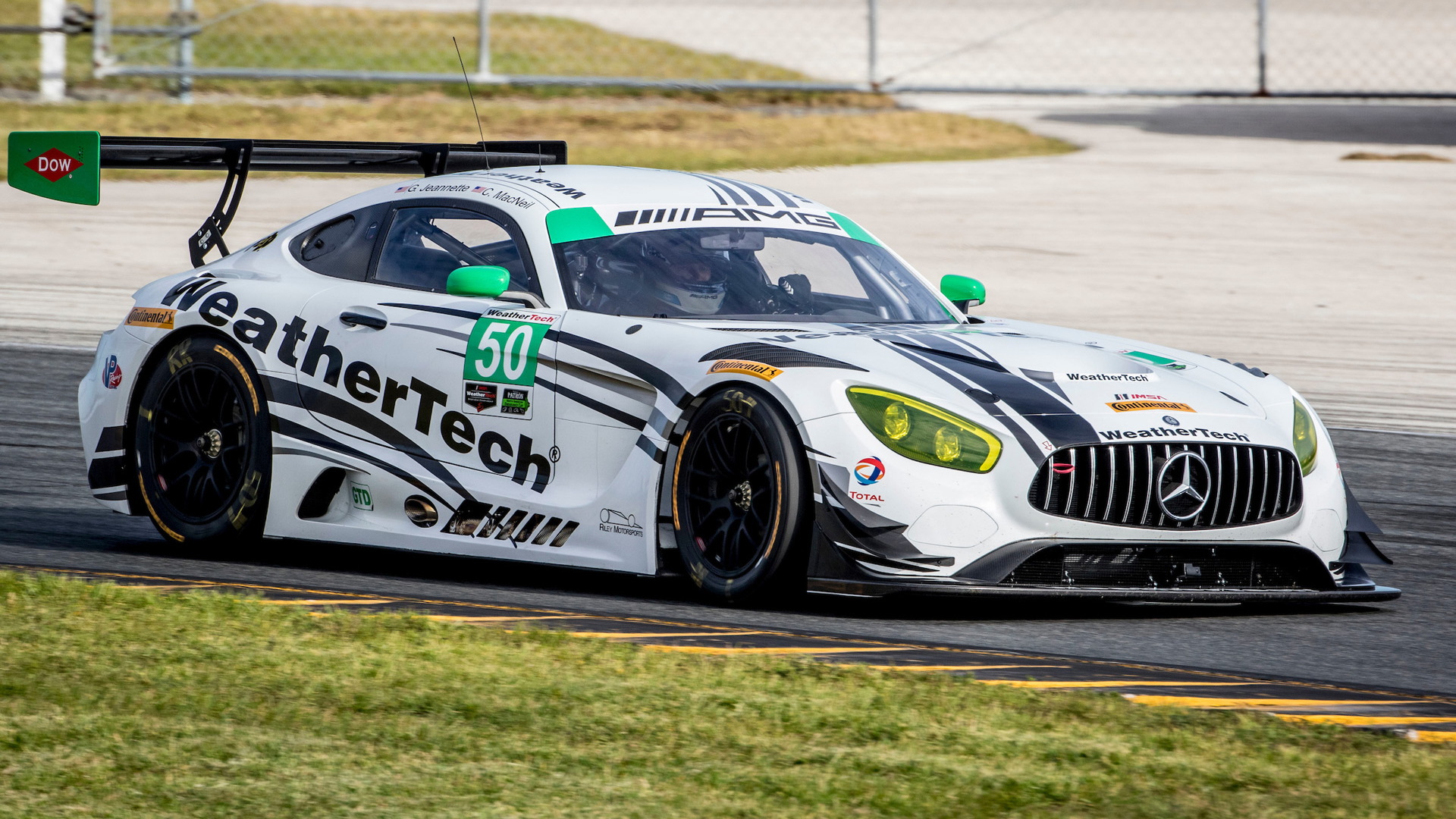 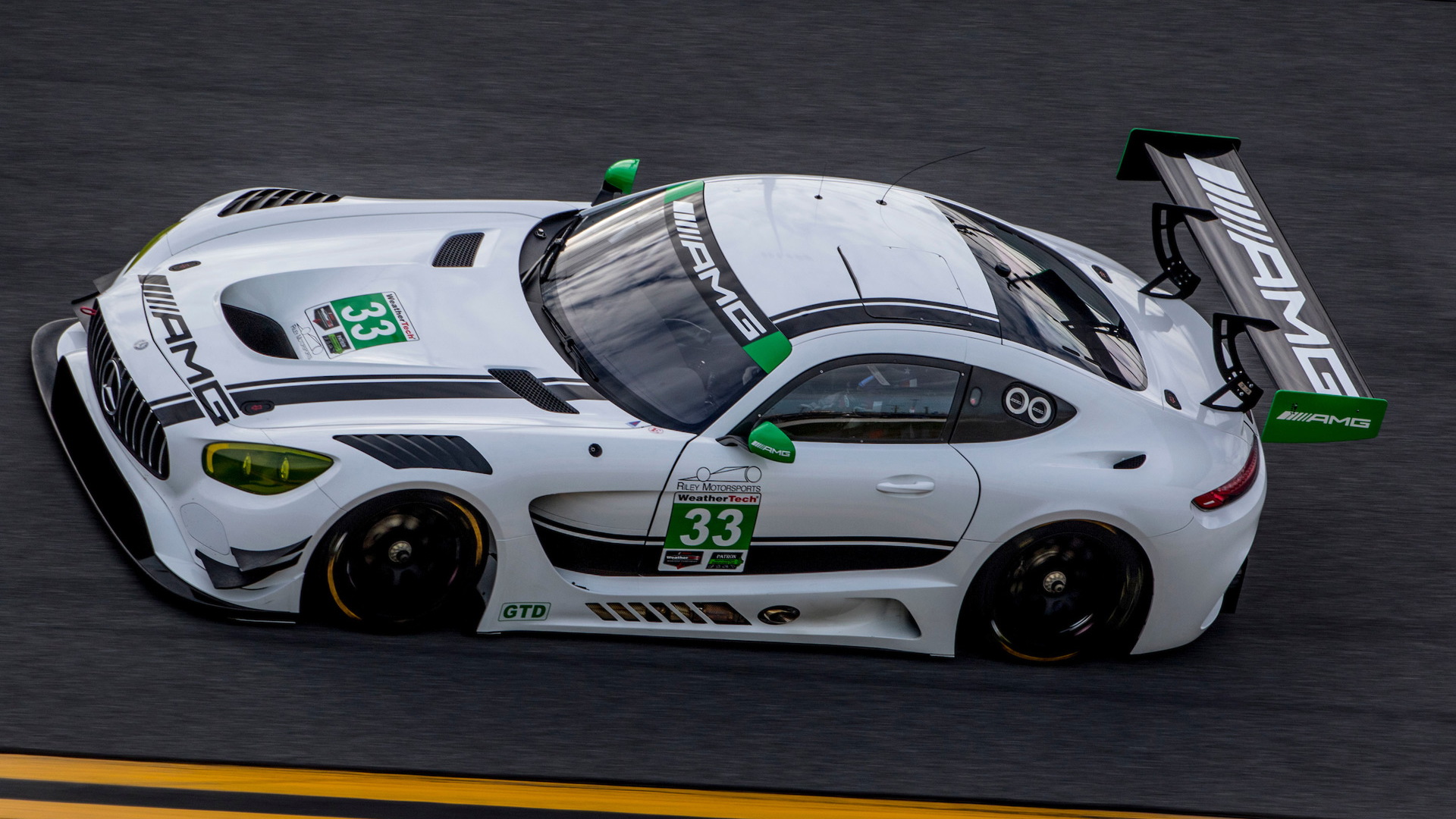 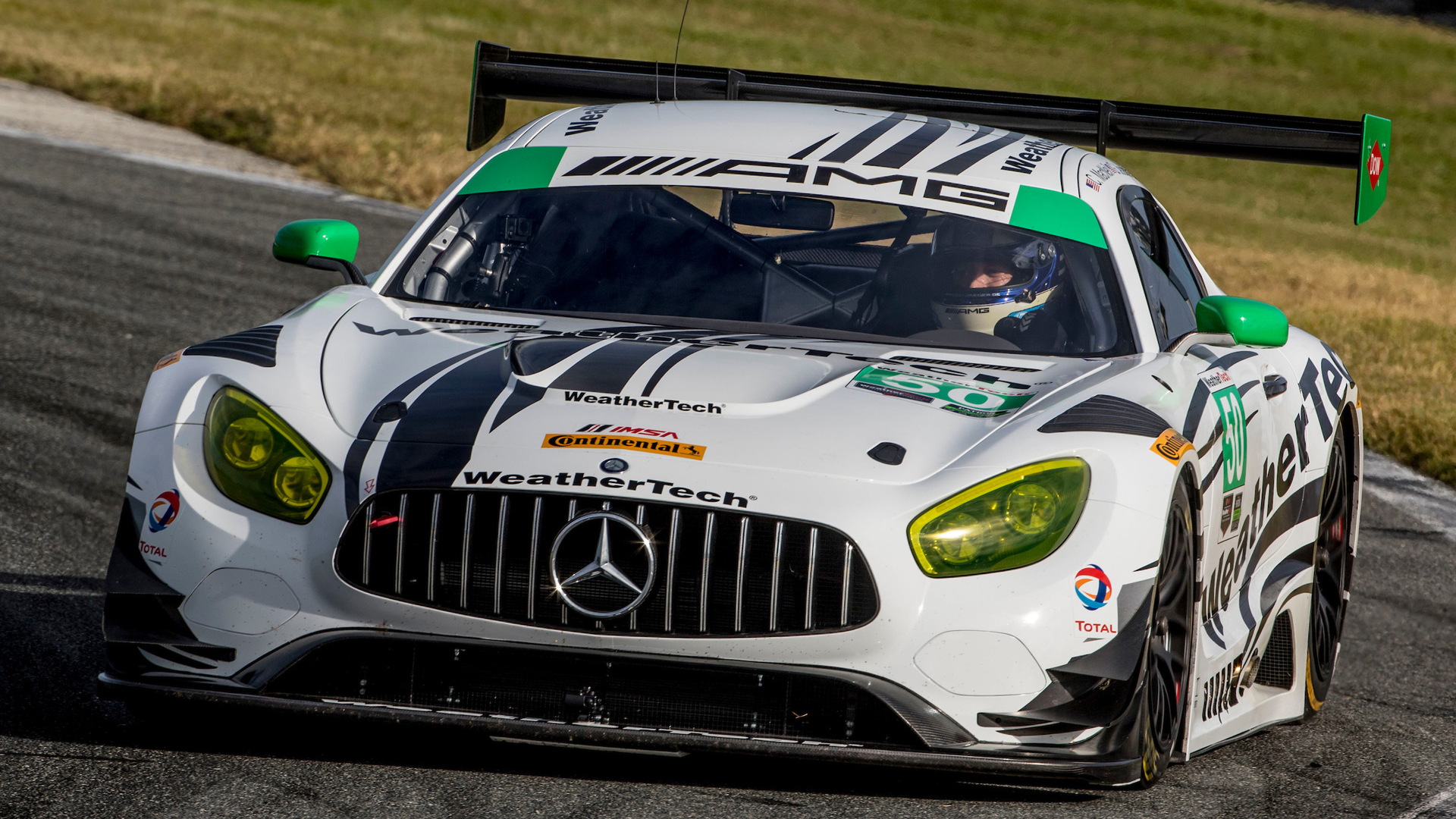 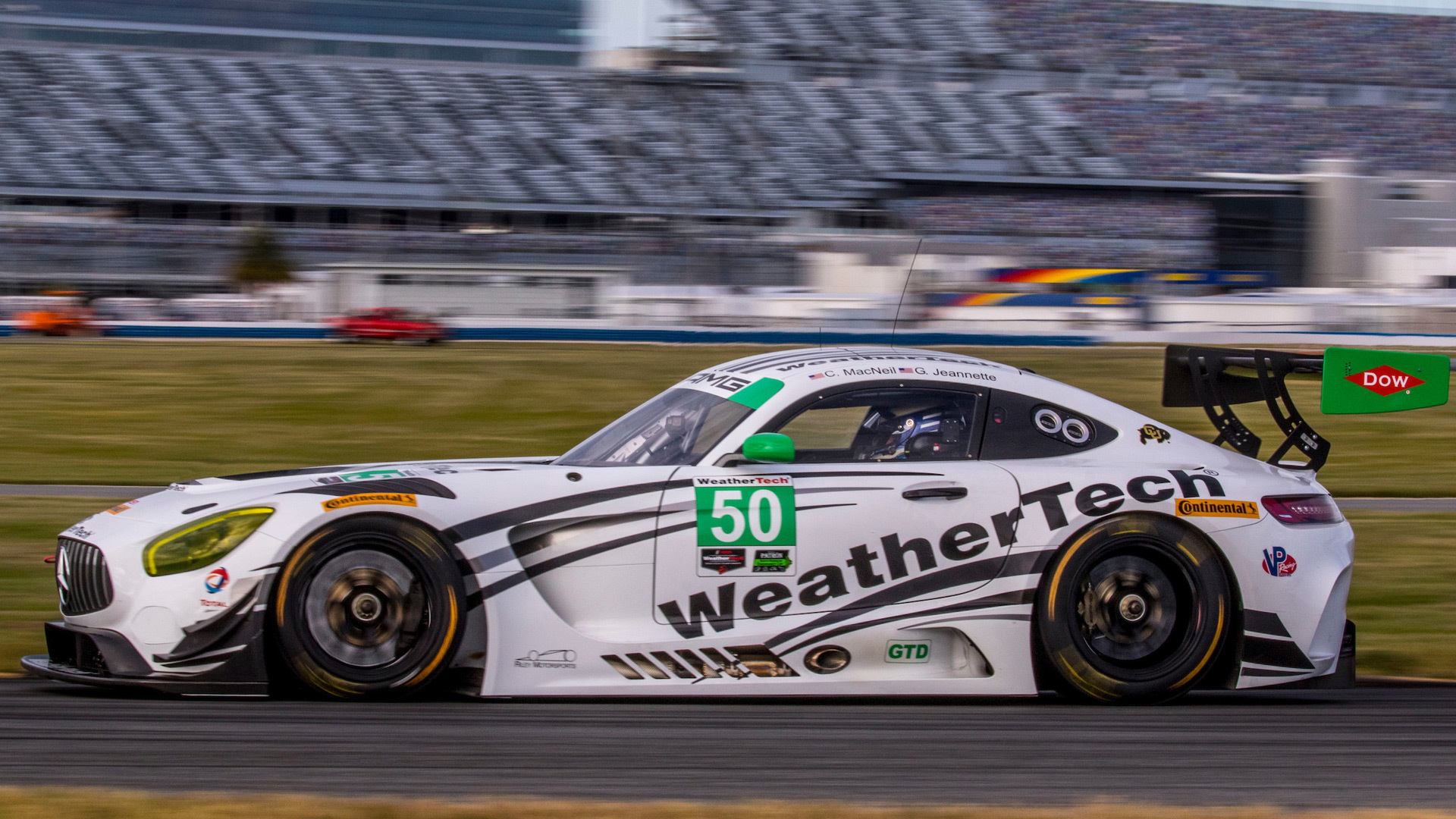 Mercedes-AMG’s GT3 will be lining up on the grid for the 2017 WeatherTech SportsCar Championship, which kicks off next January with the Rolex 24 at Daytona.

The cars will be entered in the GT Daytona (GTD) class, designed for production-based race cars built to GT3 specifications. Rivals include race cars based on the Aston Martin Vantage, Audi R8, BMW M6, Ferrari [NYSE:RACE] 488 GTB, Lamborghini Huracán and Porsche 911. Acura and Lexus are also set to join with their respective NSX and RC F GT3 cars.

AMG won’t be competing with a factory team. Rather, it will partner with customer teams, in this case Riley Motorsports, which will field two cars, and SunEnergy1 Racing, which will field one. More teams are expected to be announced at a later date.

This will be one of the most significant  efforts in sports car racing for AMG in the United States. Previously, it was successfully represented by customer teams with the SLS AMG GT3 in the Pirelli World Challenge.

The AMG GT3 is based on the GT S but drops the road car’s twin-turbocharged 4.0-liter V-8 in favor of the naturally-aspirated 6.2-liter V-8 that until recently was a staple of AMG cars. The cars also get a 6-speed sequential transmission, a wider track and carbon fiber body work.

The first race of the 2017 WeatherTech SportsCar Championship, the Rolex 24 at Daytona, runs the weekend starting January 28.

“North America is traditionally a very important market for Mercedes-AMG and the enthusiasm for our performance vehicles is tremendous,” AMG boss Tobias Moers said in a statement. “The high demand for the Mercedes-AMG GT3, particularly after the legendary 1-2-3-4 finish at this year’s 24-hour race at the Nürburgring, has inspired us to establish a customer sports program in the U.S.”