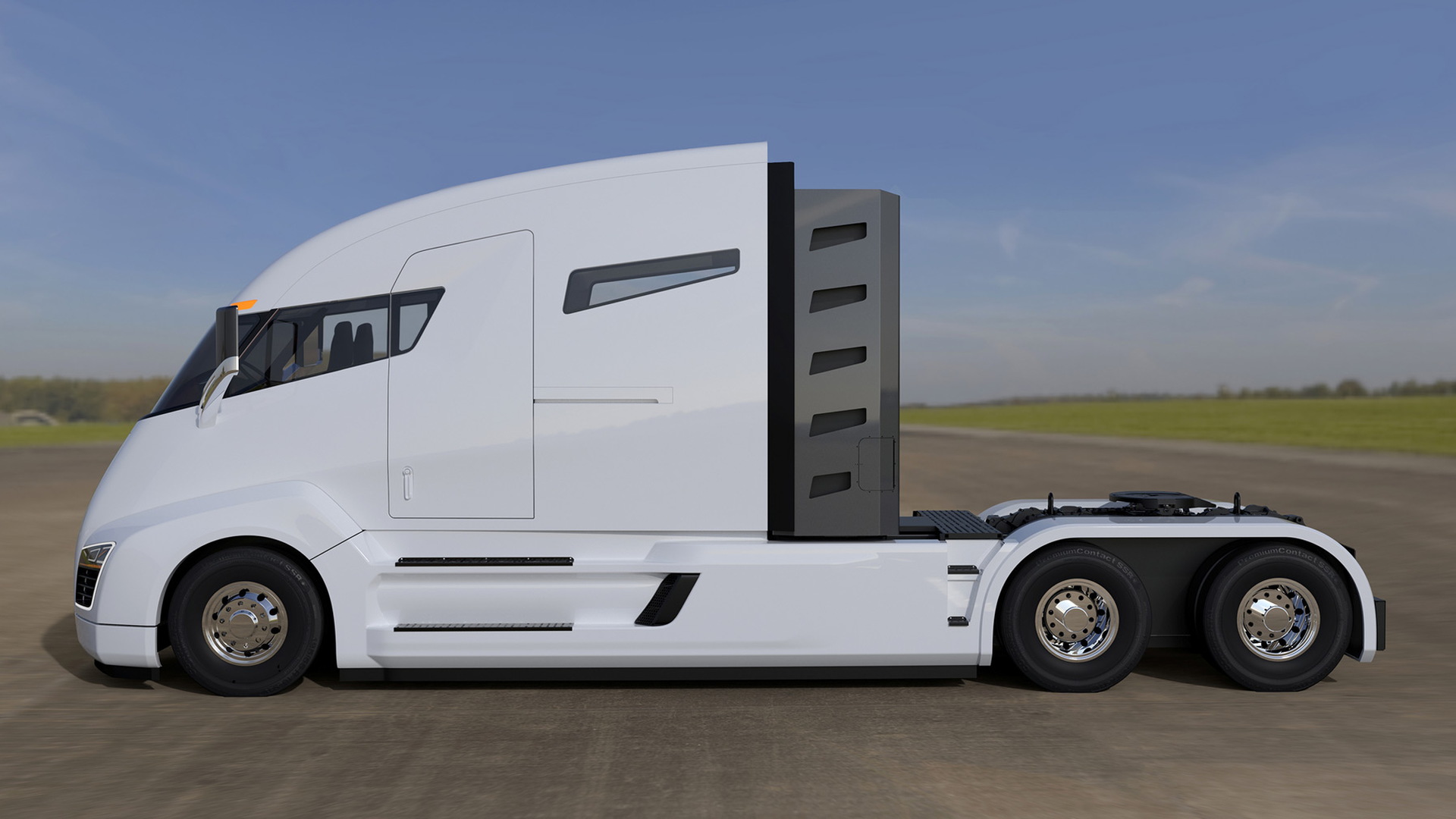 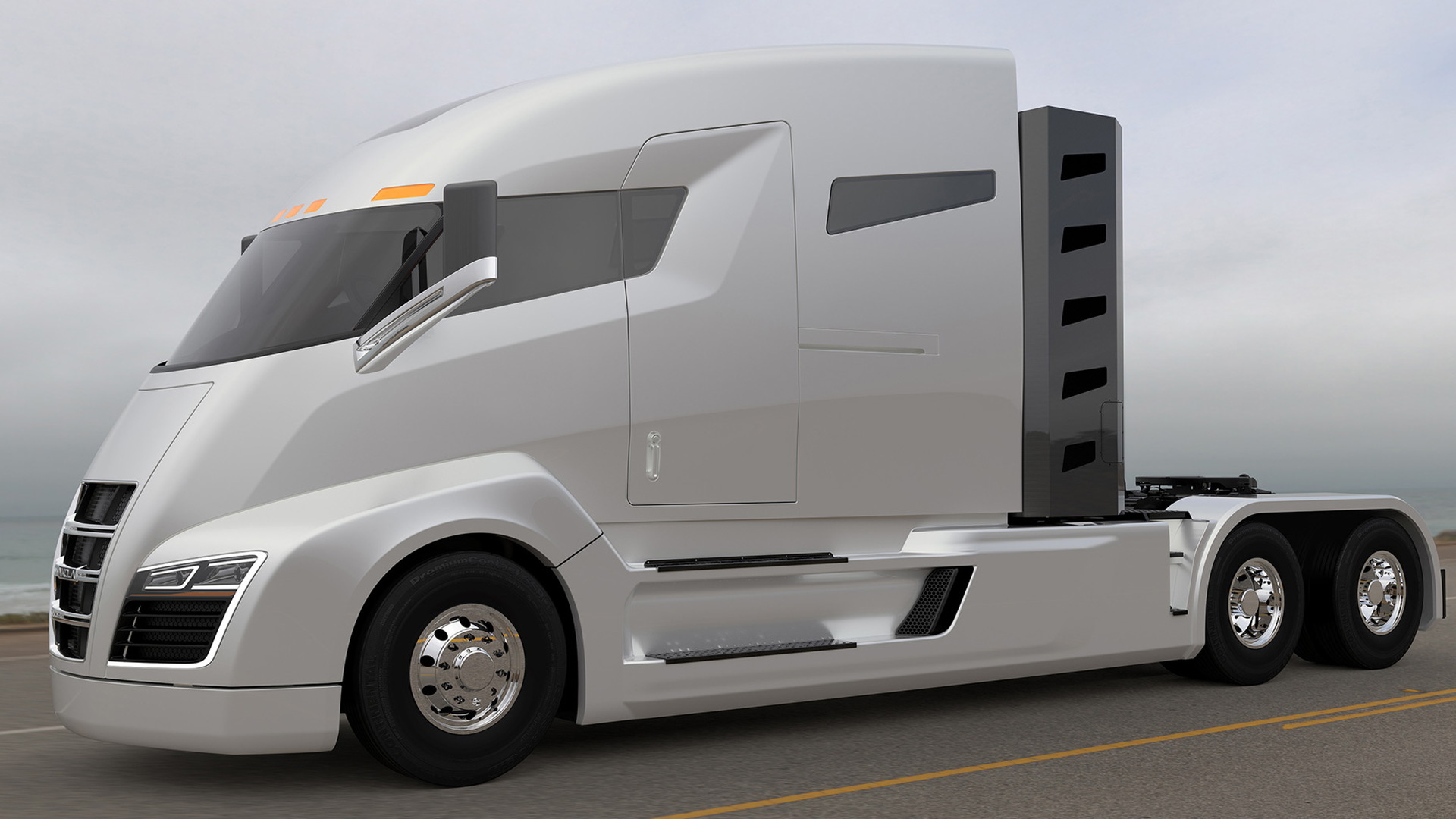 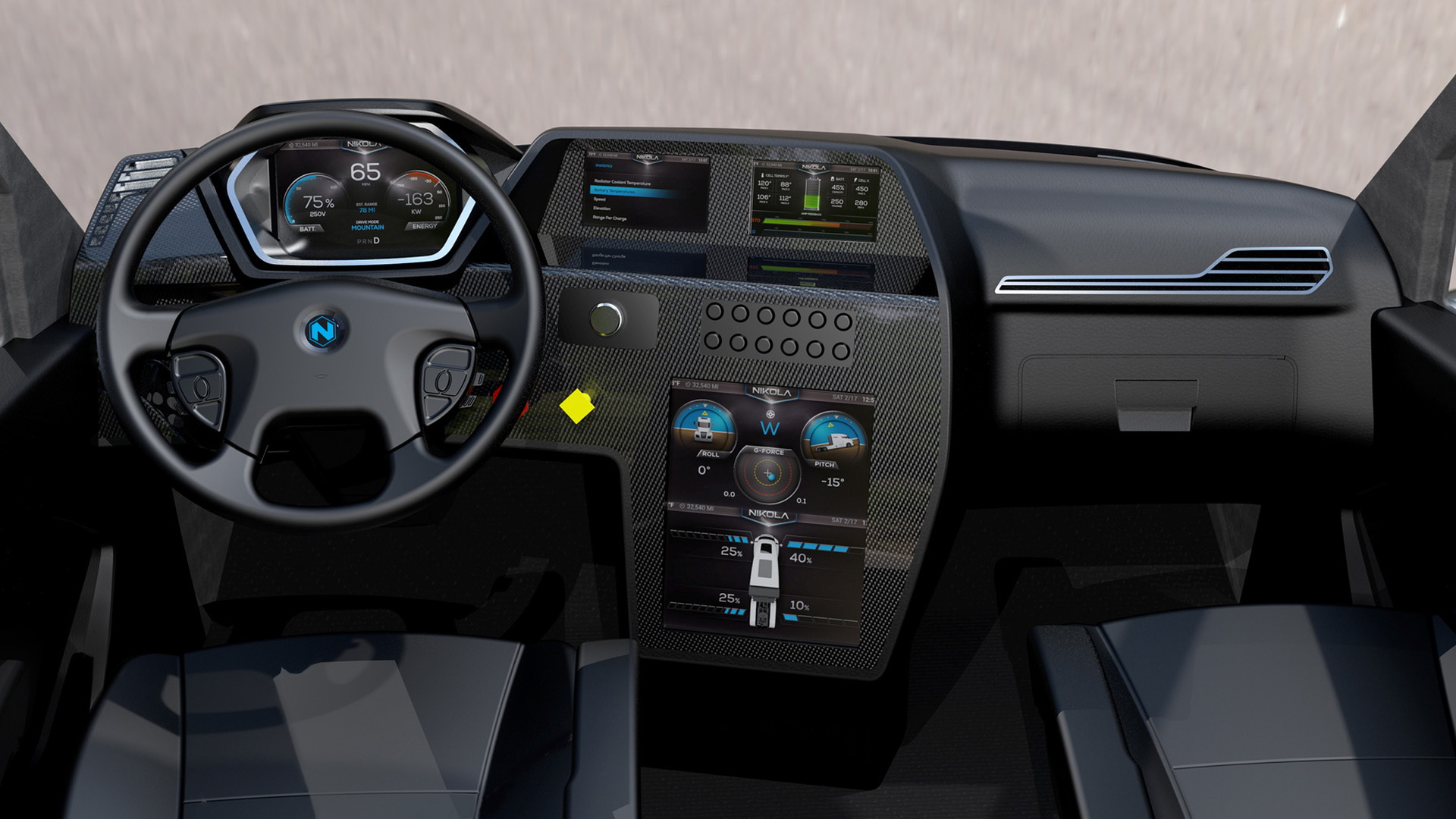 Tesla Motors [NSDQ:TSLA] is no longer the only company out there named after inventor Nikola Tesla. But Nikola (pronounced Neek-oh-la) Motors has a very different product line in mind. The Nikola One is a 2,000-horsepower electric semi truck that uses a natural gas turbine as an onboard generator.

While the truck was only announced last month and Nikola has yet to even show a prototype, it's apparently garnering quite a bit of interest. Nikola already has 7,000 pre-orders, according to the company, and each customer is said to have placed a $1,500 deposit. The truck will carry a base price of $375,000 when production actually starts.

The Nikola One boasts six electric motors, which produce the aforementioned 2,000 hp, along with 3,700 lb-ft of torque. A 2-speed automatic transmission helps put that power to the wheels, with the motors fed by a massive 320-kilowatt-hour battery pack. Electricity comes from the turbine and regenerative braking; unlike other electric vehicles, you can't plug this one in.

Working prototype to be shown in December

The turbine can run on a variety of fuels, but Nikola will equip all trucks to run on natural gas. With a full 150-gallon tank, it claims the Nikola One can travel 1,200 miles between fill-ups. Nikola also claims operating costs will be half those of conventional diesel semi trucks.

Natural gas stations aren't exactly common, but Nikola does plan to build 50 of them to support its truck. The first 5,000 reservations come with 100,000 gallons of free natural gas, which might explain why those slots were filled so quickly. Nikola says it will reimburse customers for fuel they buy outside of its network.

A "working prototype" of the Nikola One will be unveiled December 1.