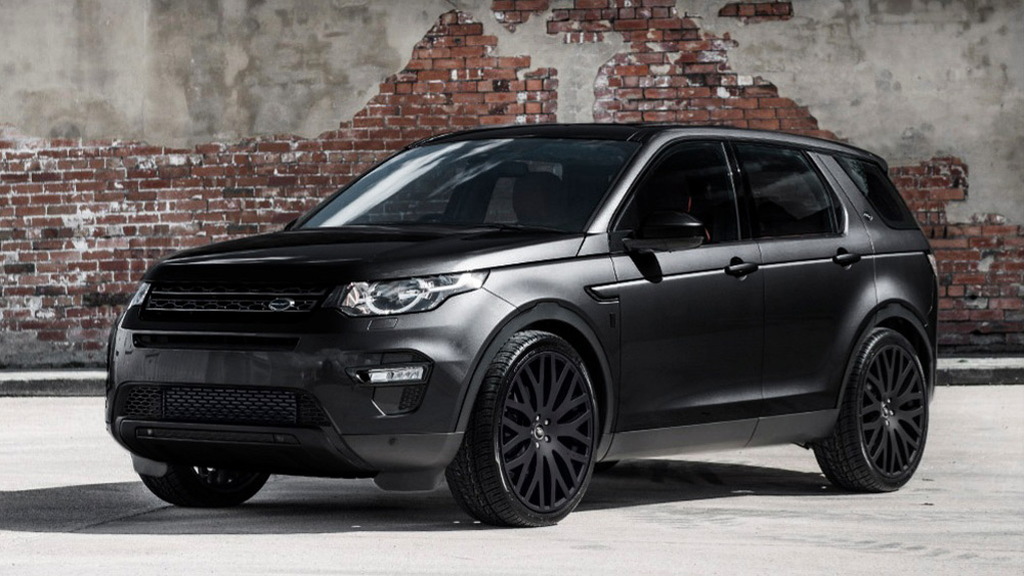 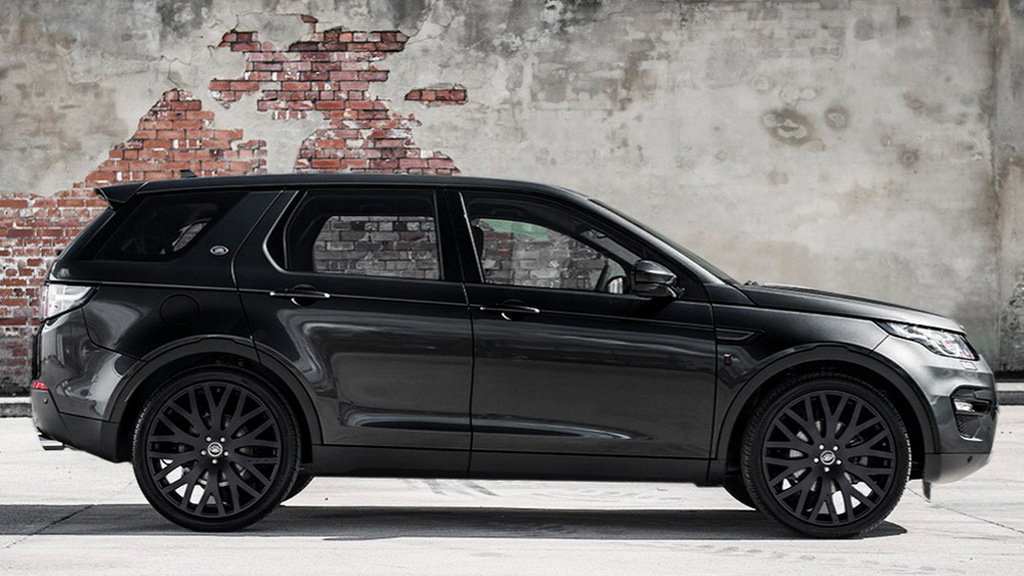 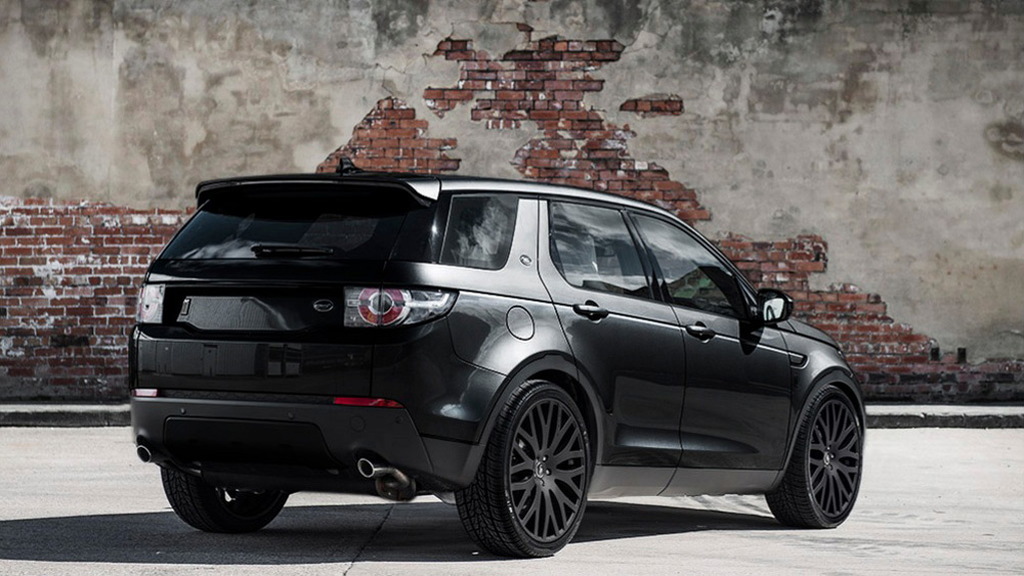 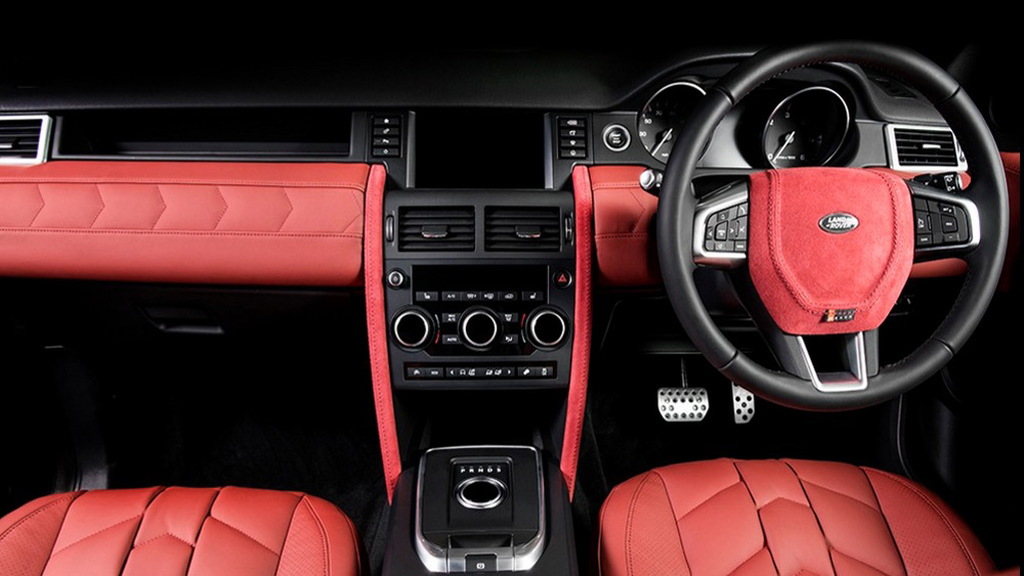 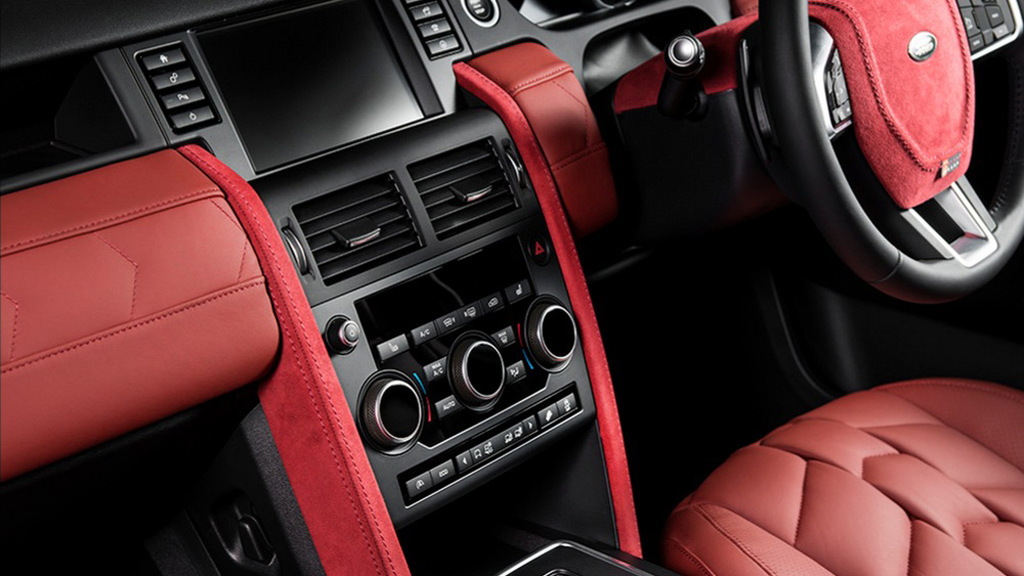 If you’ve just taken delivery of a Land Rover Discovery Sport and wished it was as plush as one of the British automaker’s Range Rover models, then vehicle customizer and coachbuilder A. Kahn Design might be worth a look into.

A. Kahn Design has unveiled a sinister-looking Discovery Sport that features the firm’s signature styling cues. The changes are subtle and appear well-suited to the compact SUV.

The exterior is finished in a black paint Kahn calls Santorini Black. The custom shade is featured not only on the body panels but also the front grille, underbody protection and wheels. Those wheels by the way are a massive set of Kahn’s RS-XF pattern. They measure 20 inches across and are shod with 275/40-size tires.

The interior is where the real magic unfolds. The designers have gone with red leather trim with a herringbone pattern. The leather can be found on most surfaces including on the seats and the dash. Other areas are lined in matching red Alcantara. The final touch is machined aluminum for the door sills and pedals.

A. Kahn Design currently doesn’t have an official presence in the United States. However, the company is on the lookout for dealers and is hoping to start with a range of custom Jeep Wranglers sold through its Chelsea Truck Company sub-brand.