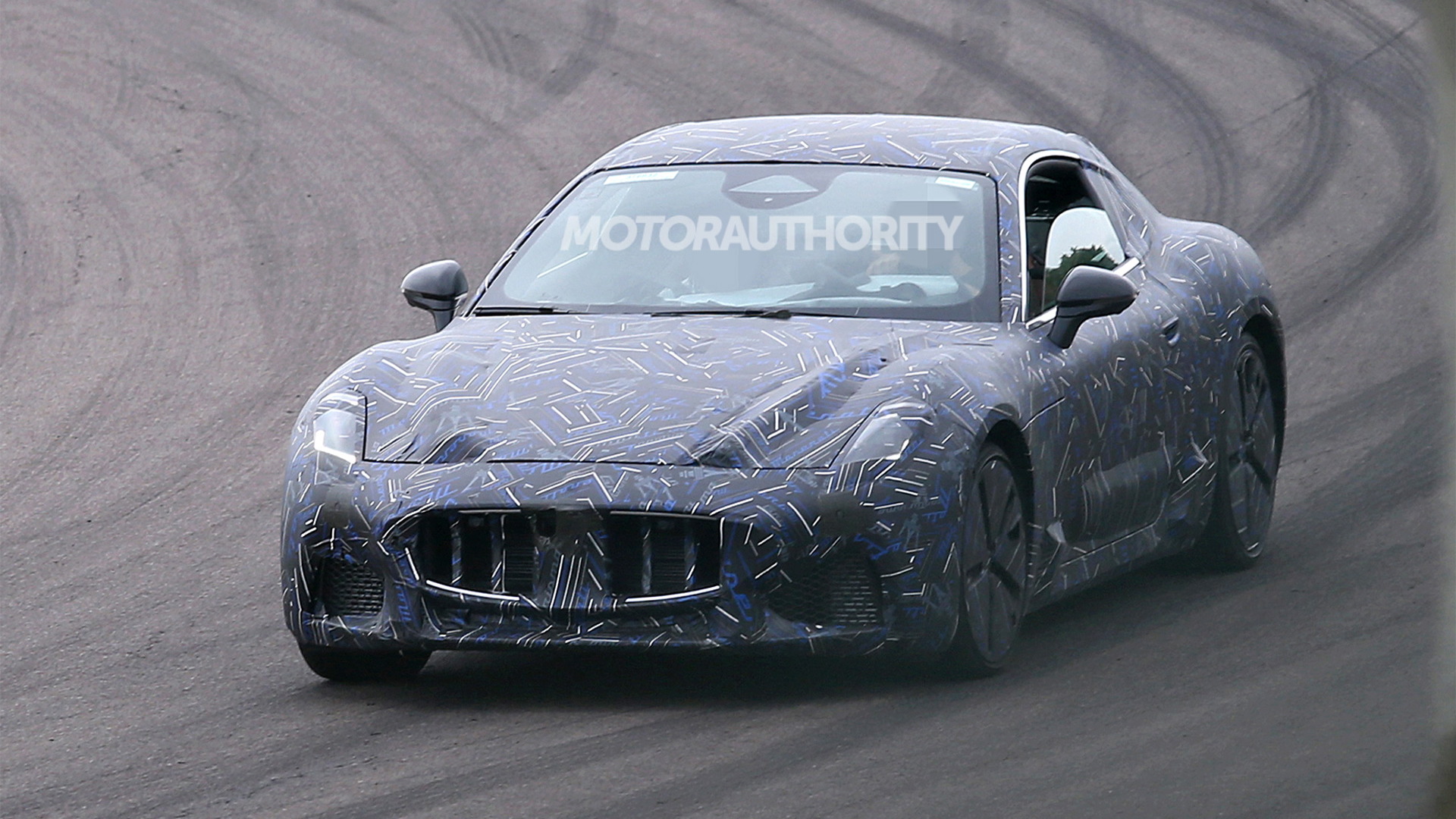 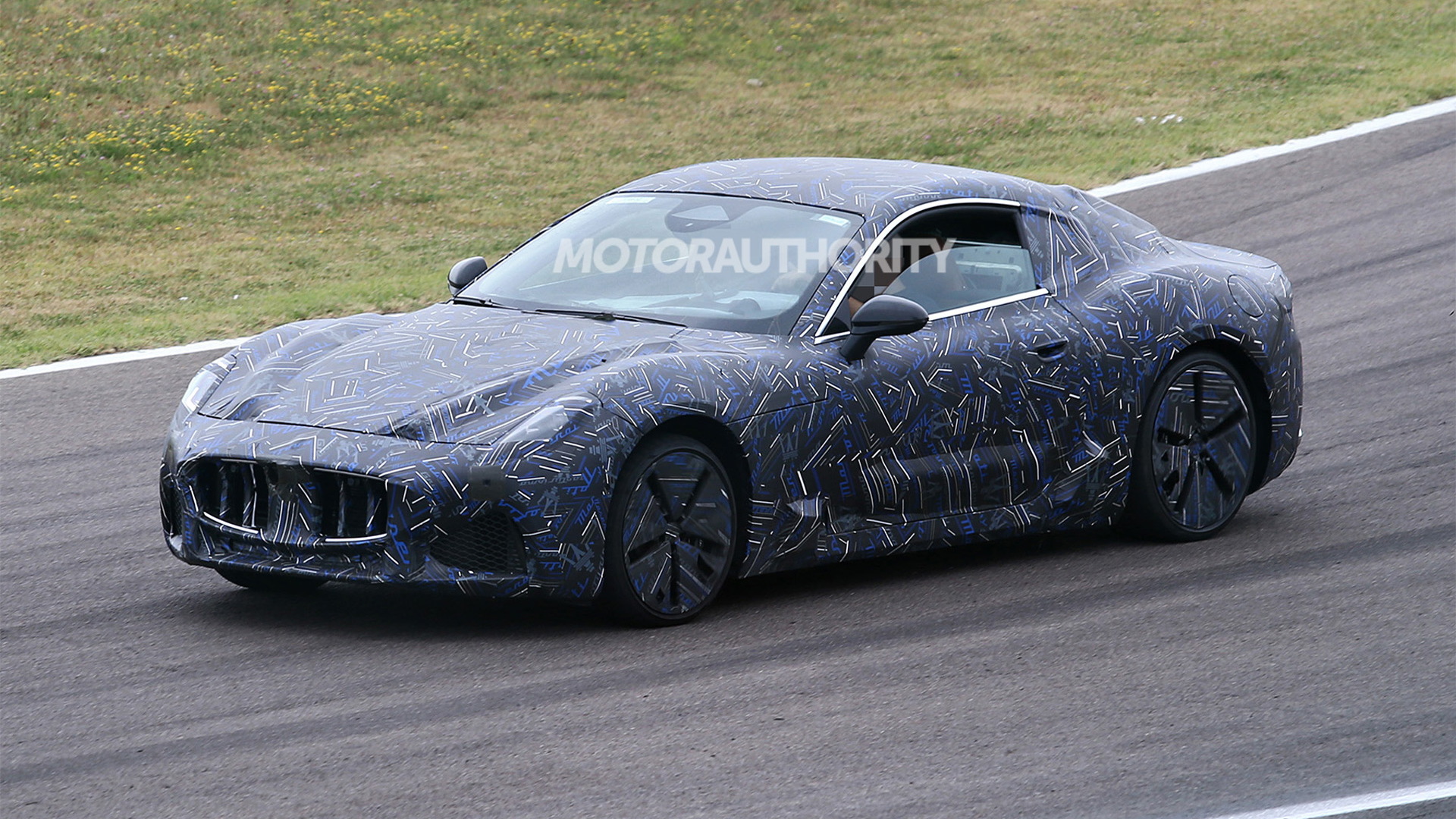 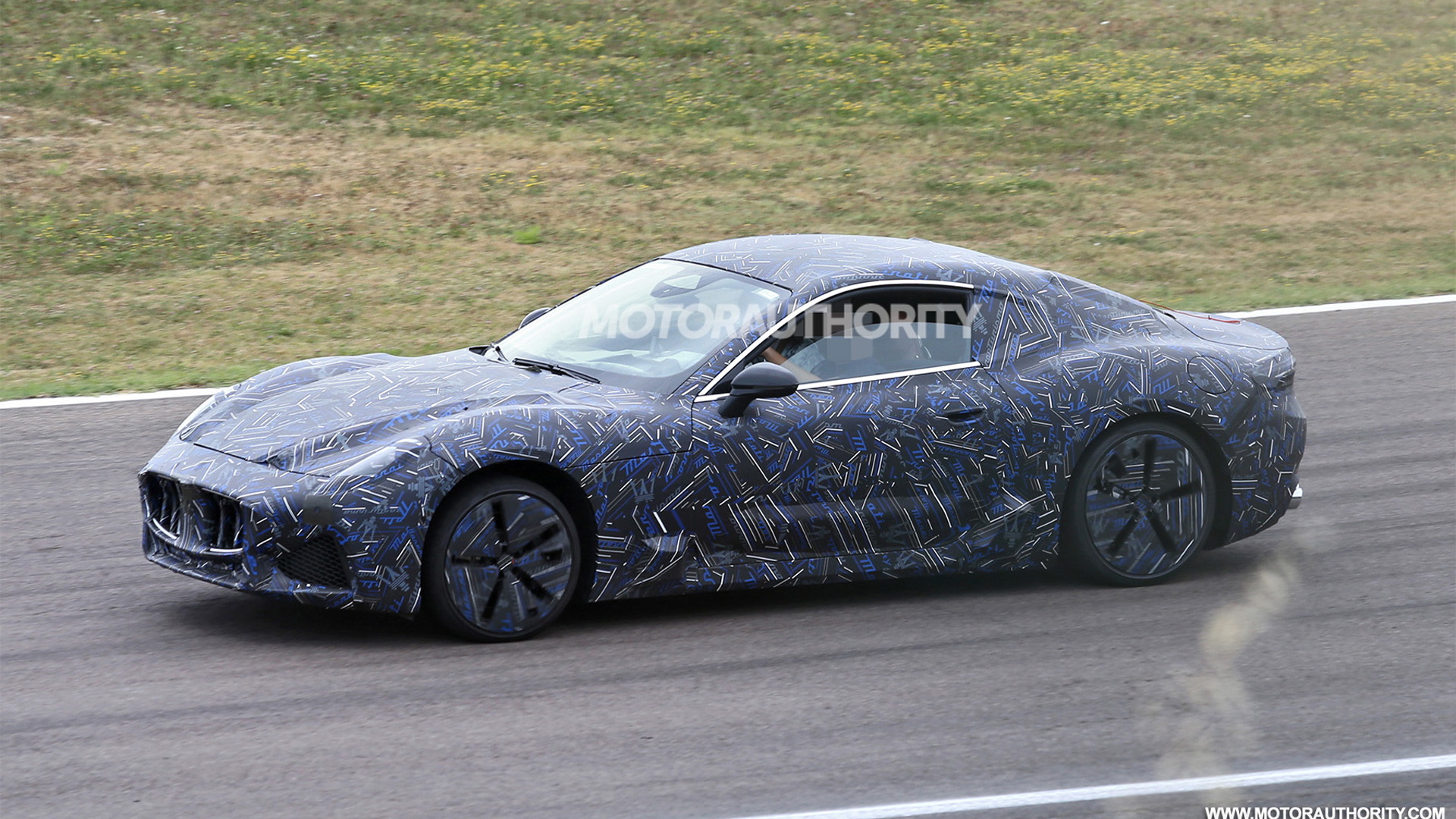 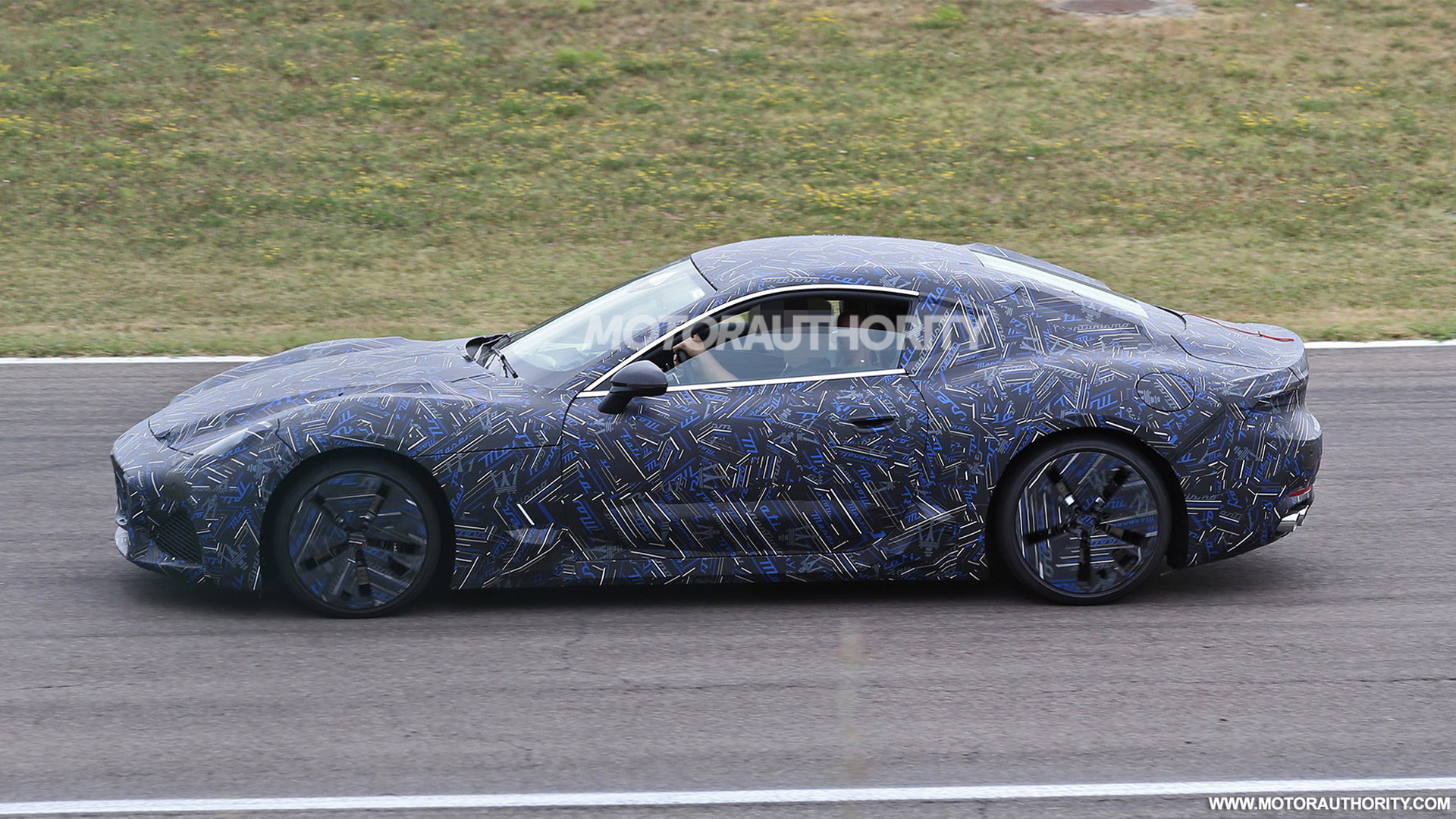 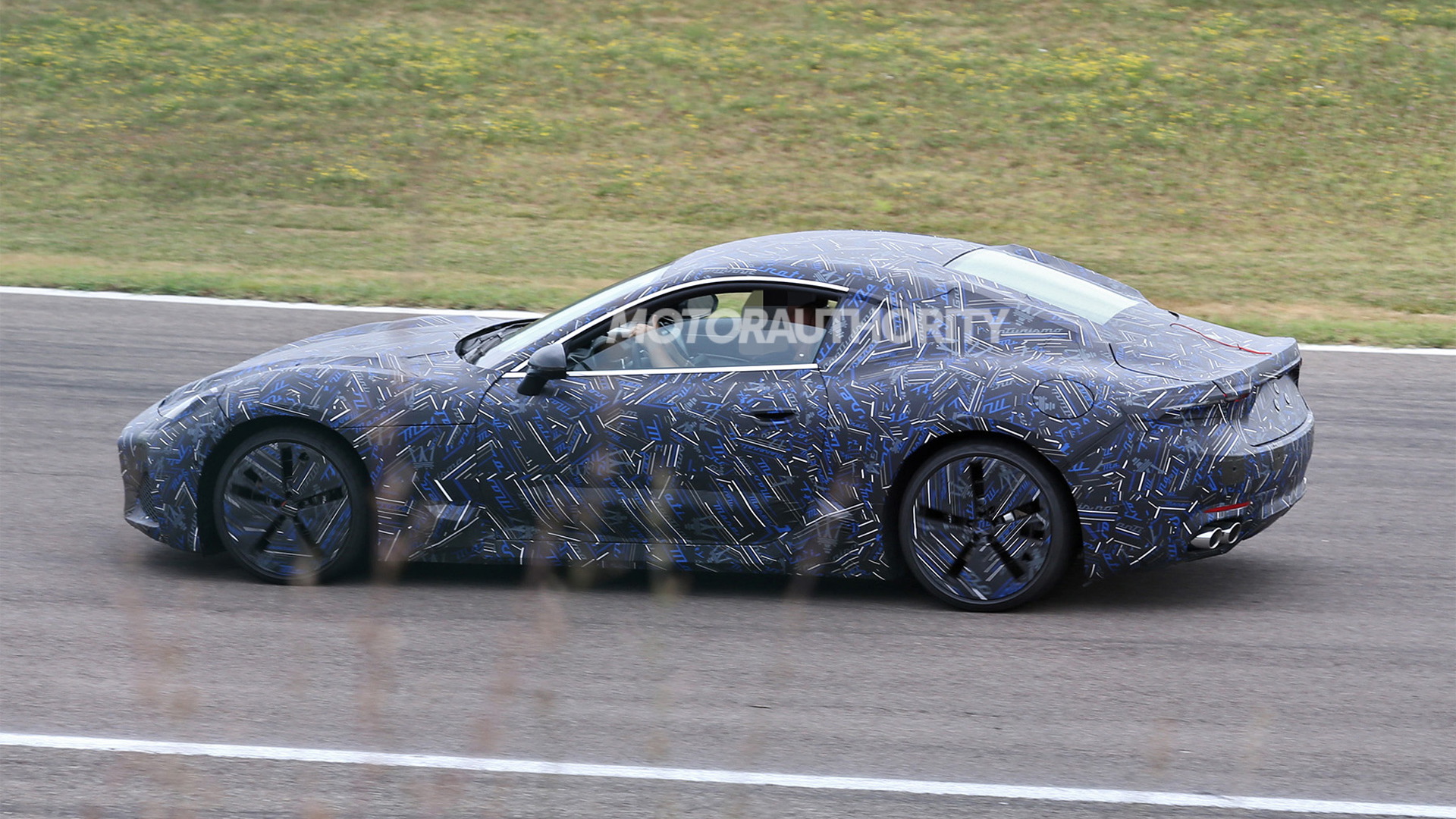 A prototype for Maserati's long-awaited redesign of the GranTurismo has been spotted again.

Under the long hood of this particular tester should be Maserati's twin-turbo 3.0-liter V-6 that debuted in the the MC20, possibly with a mild-hybrid or plug-in hybrid setup attached.

The electric powertrain will be the main focus, though. All new Maseratis will offer electric power, starting with this new GranTurismo and recently revealed Grecale small crossover. Maserati's electric powertrain, branded Folgore, Italian for “lightning,” will consist of a three-motor system with one motor up front and two at the rear.

The GranTurismo Folgore (shown below) is confirmed to be coming with more than 1,200 hp.

The new GranTurismo is expected to be revealed in late 2022, a year later than originally planned. Sales likely won't happen until sometime in 2023. A GranTurismo convertible (GranCabrio in some markets) should arrive about a year after the coupe.

Further out, Maserati will launch redesigned versions of the Quattroporte and Levante, likely with electric power only. Maserati will also phase out the Ghibli after the current model's run.