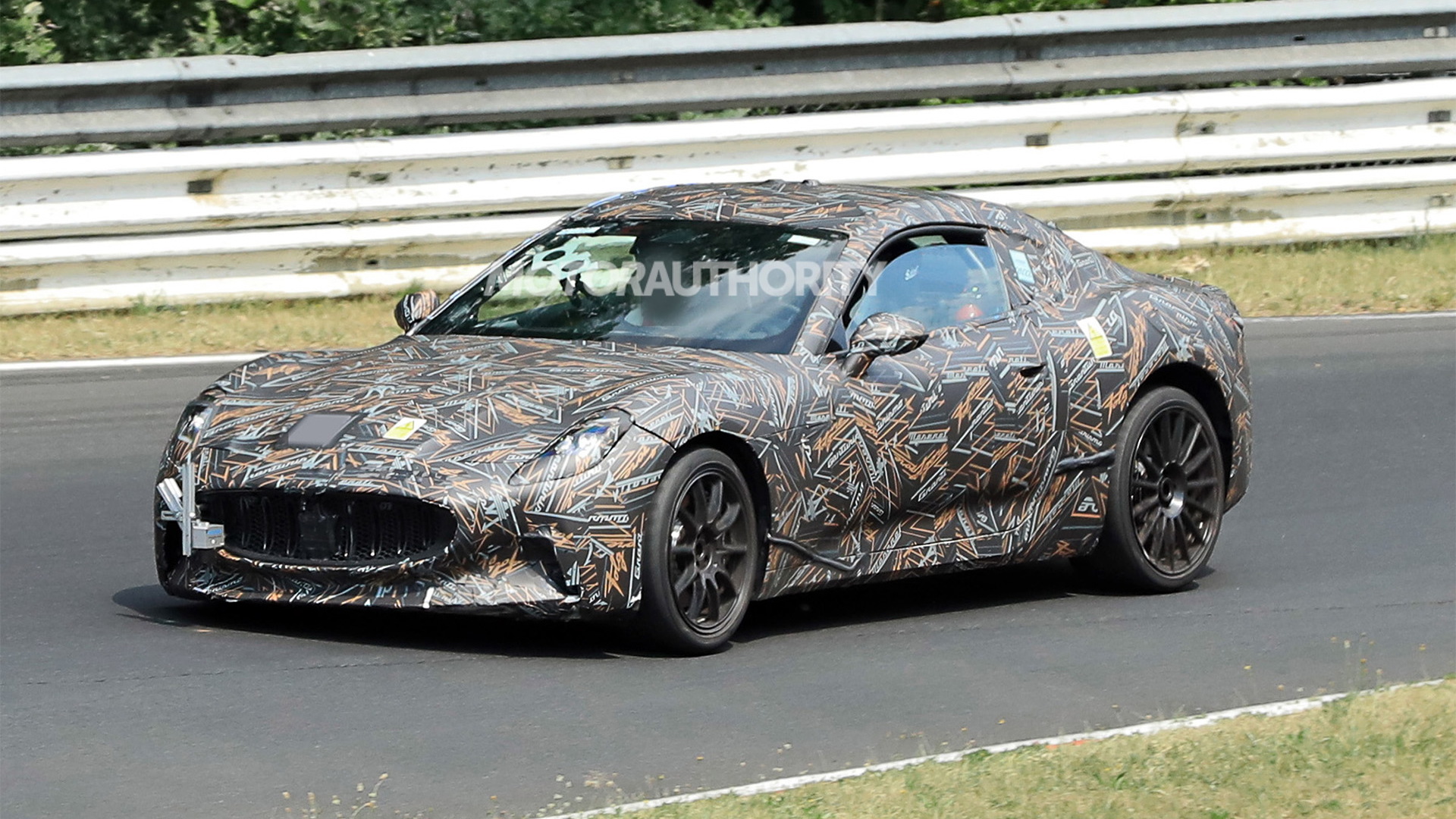 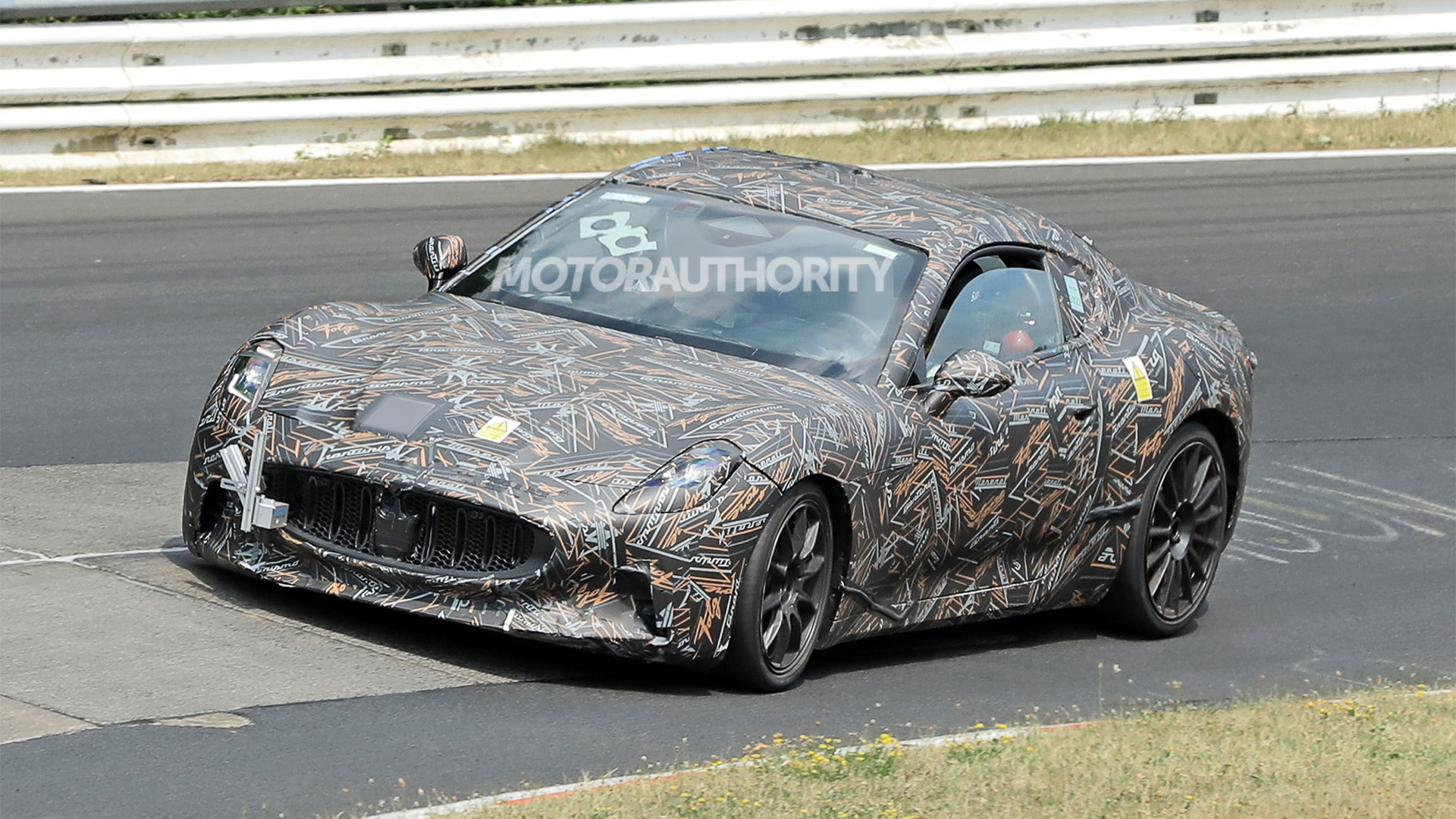 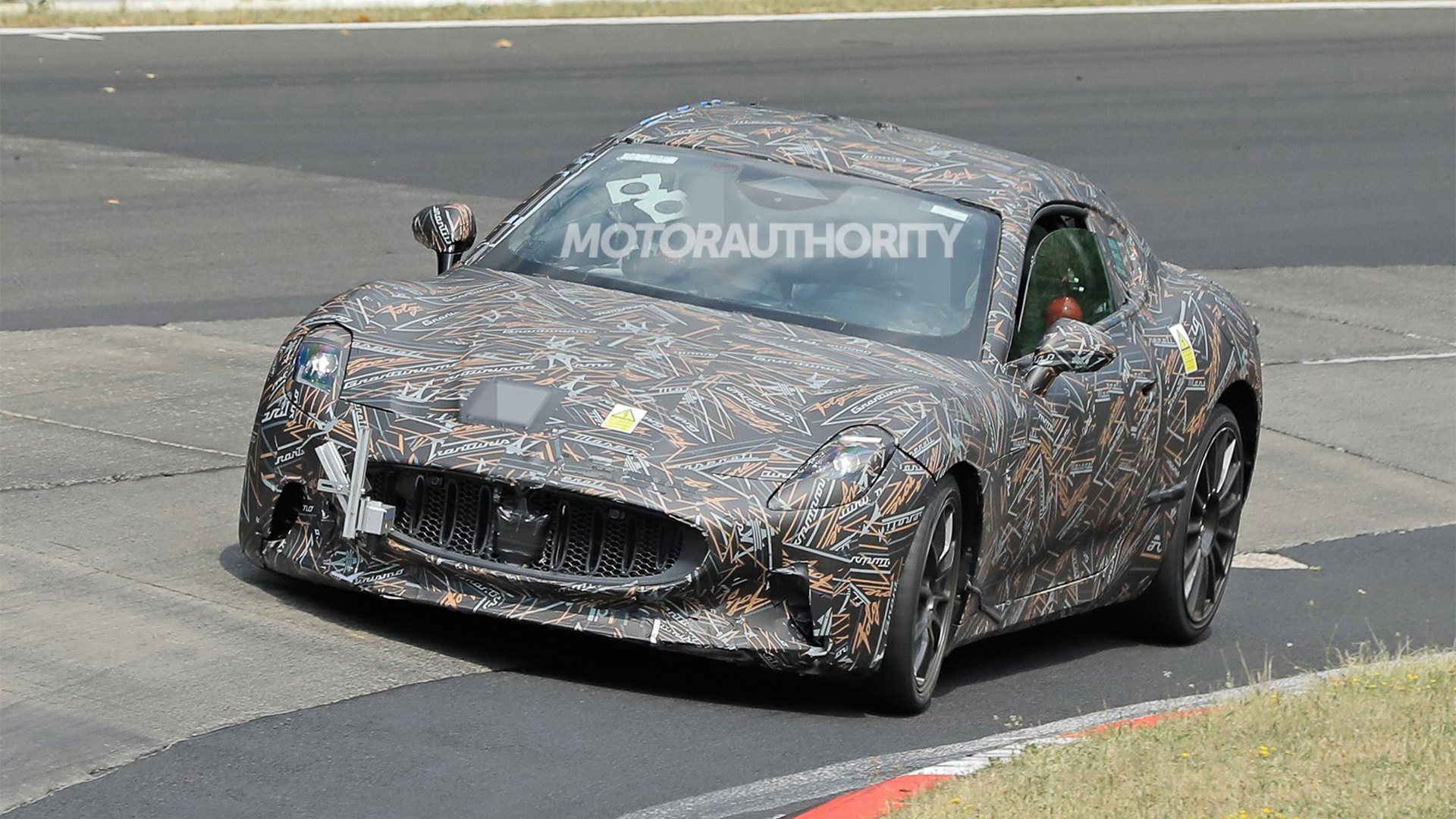 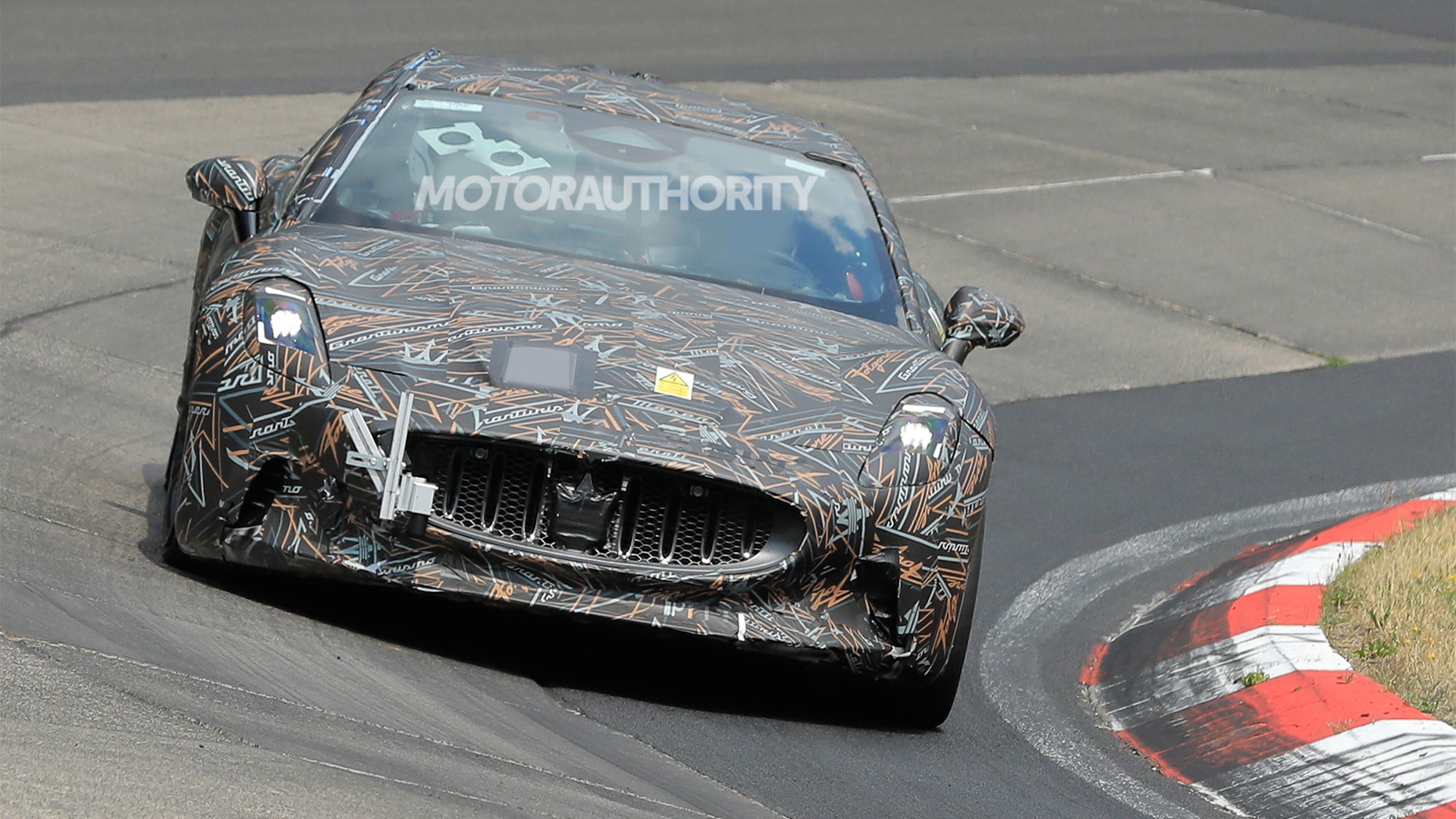 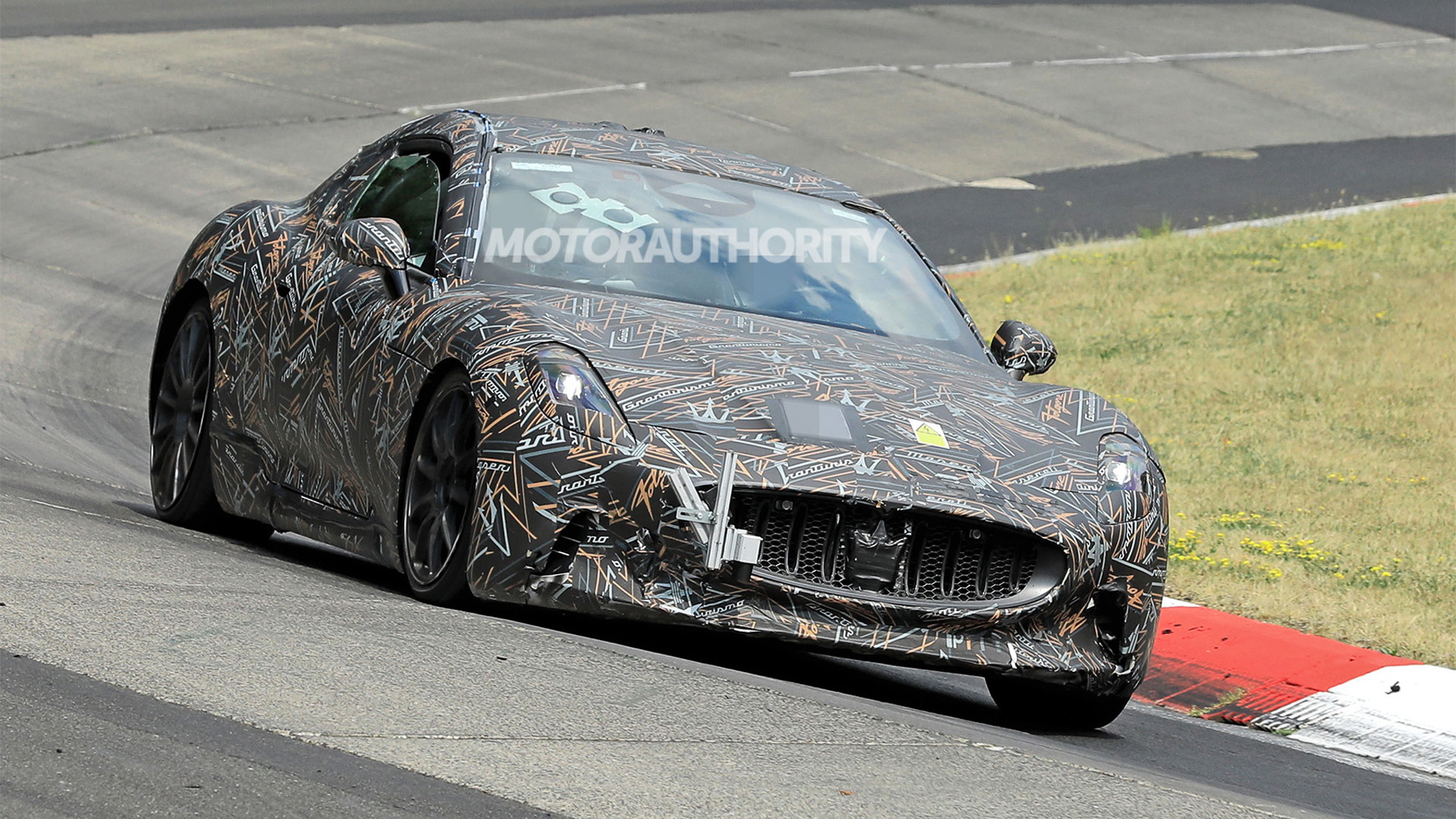 Maserati is developing a redesigned GranTurismo for launch in 2023 and the new car has just been spotted testing at the Nürburgring in electric guise.

Maserati is committed to offering an electric option on all of its cars by 2025, with the redesigned GranTurismo expected to be the first recipient. And by 2030, the automaker plans to only sell electric vehicles.

We've also spotted prototypes for the new GranTurismo testing with internal-combustion power, believed to be the twin-turbo 3.0-liter V-6 that debuted in Maserati's MC20 supercar. It's possible the ICE version comes first.

The electric version, which will carry the Folgore designation, Italian for “Lightning,” is confirmed to be coming with a three-motor setup with one motor up front and two at the rear. The setup will run at 800 volts, meaning high-speed charging will be possible, and peak output will be over 1,200 hp—yes, hypercar territory.

A GranTurismo Convertible (GranCabrio in some markets) is also planned. Expect it to arrive in late 2023 or early 2024.

The last GranTurismo reached the end of production in 2019 after a 12-year run. The specialist plant in Modena where it was built is now churning out the MC20. The new GranTurismo will be built at a plant in Turin.

Note, the GranTurismo Folgore won't be the only electric Maserati available shortly. The automaker in March revealed a small crossover dubbed the Grecale. The Porsche Macan rival will start sales later this year with internal-combustion power but will spawn an electric Grecale Folgore variant in 2023.

Maserati also plans to launch a Folgore version of the MC20 supercar.

Further out, Maserati will launch redesigned versions of the Quattroporte and Levante, likely with electric power only. Maserati will also phase out the Ghibli after the current model's run.