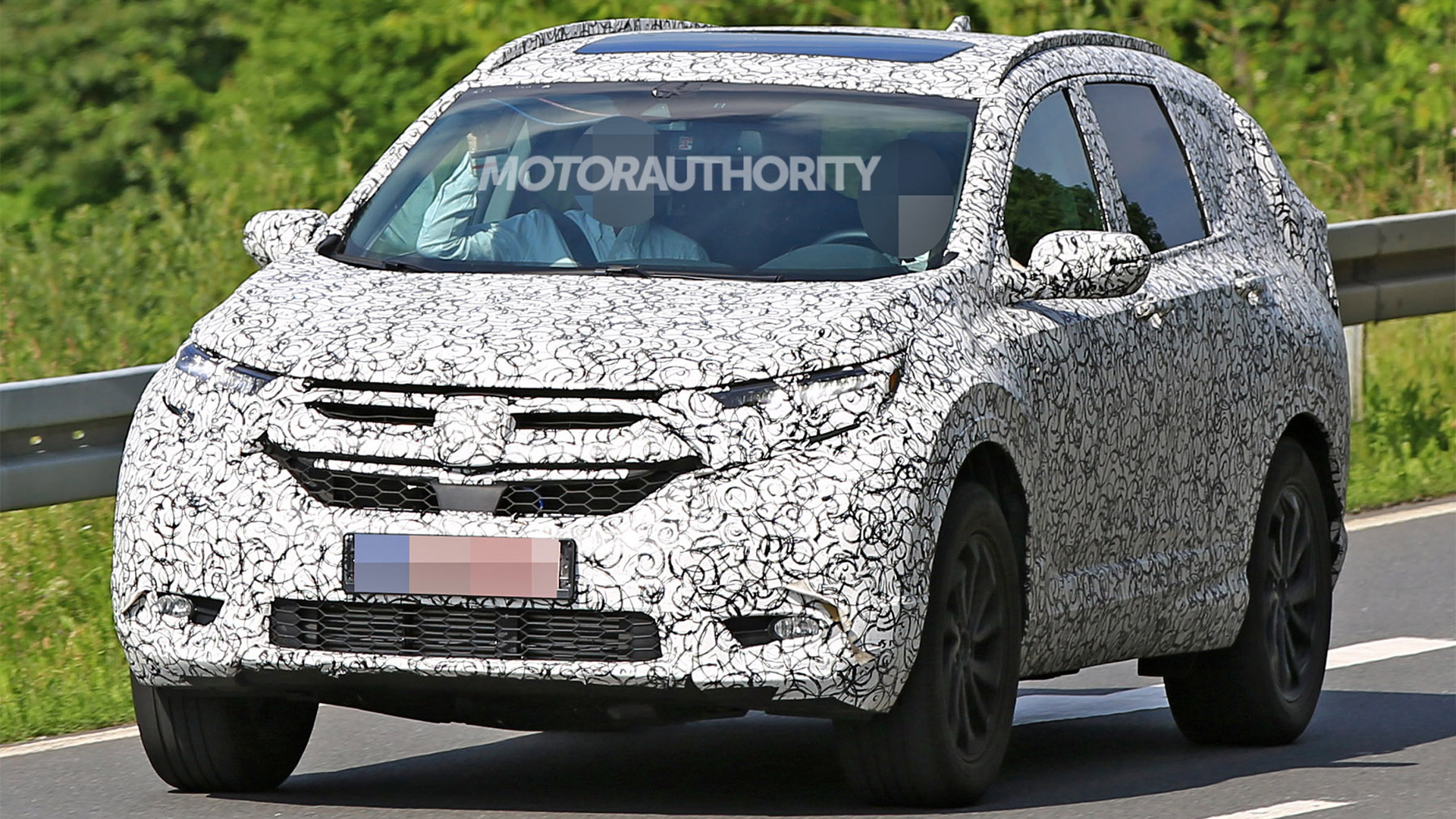 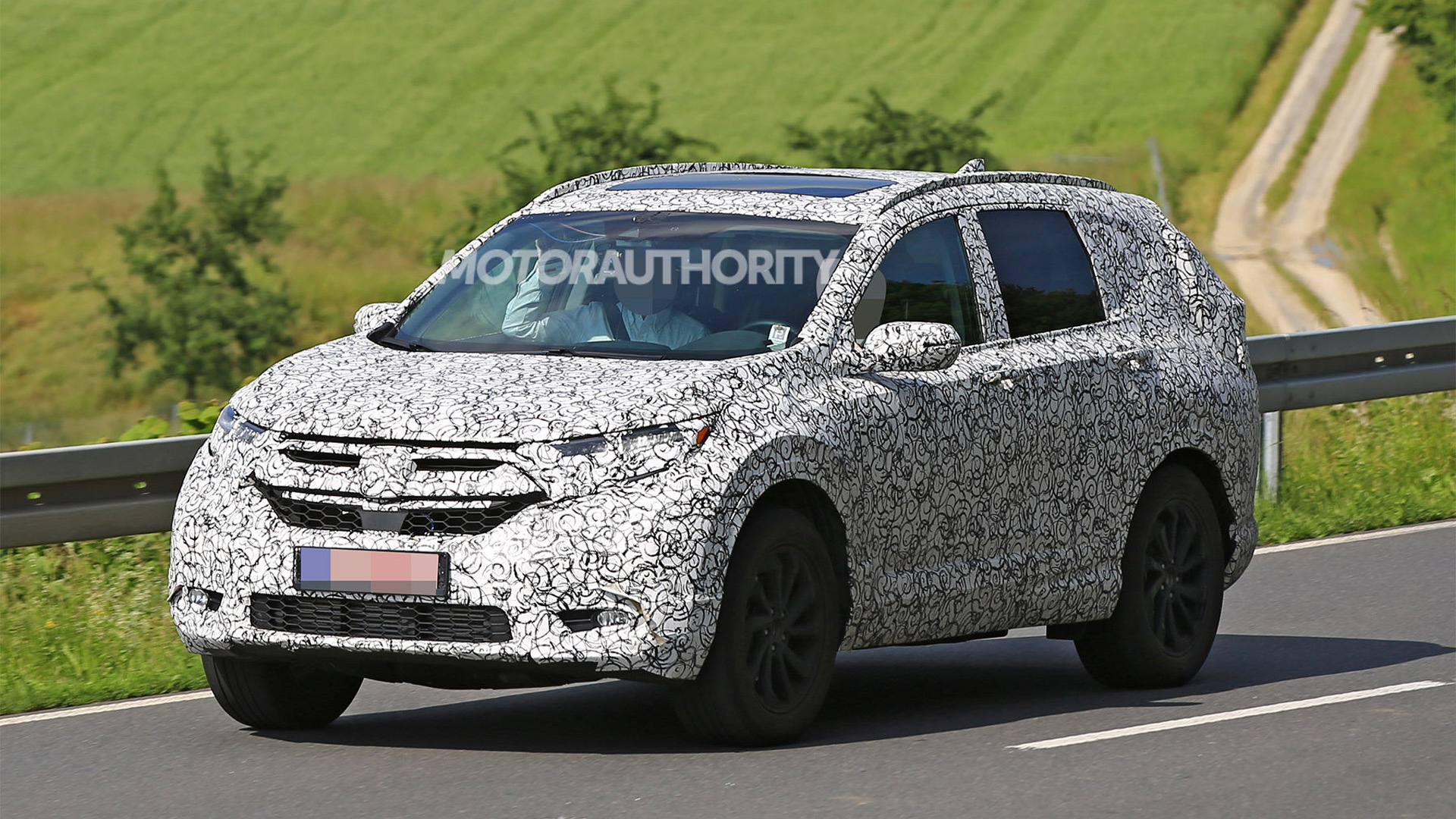 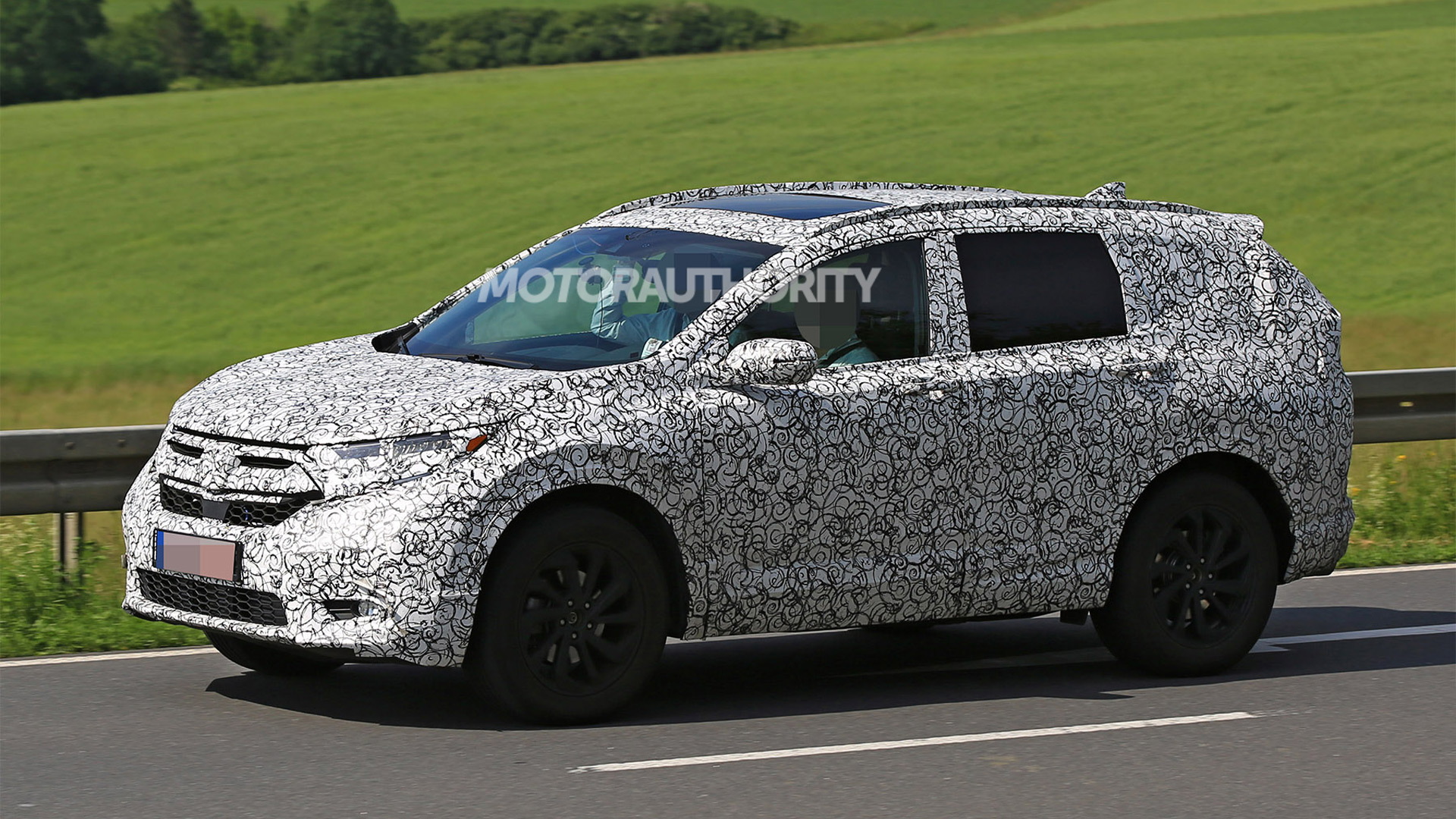 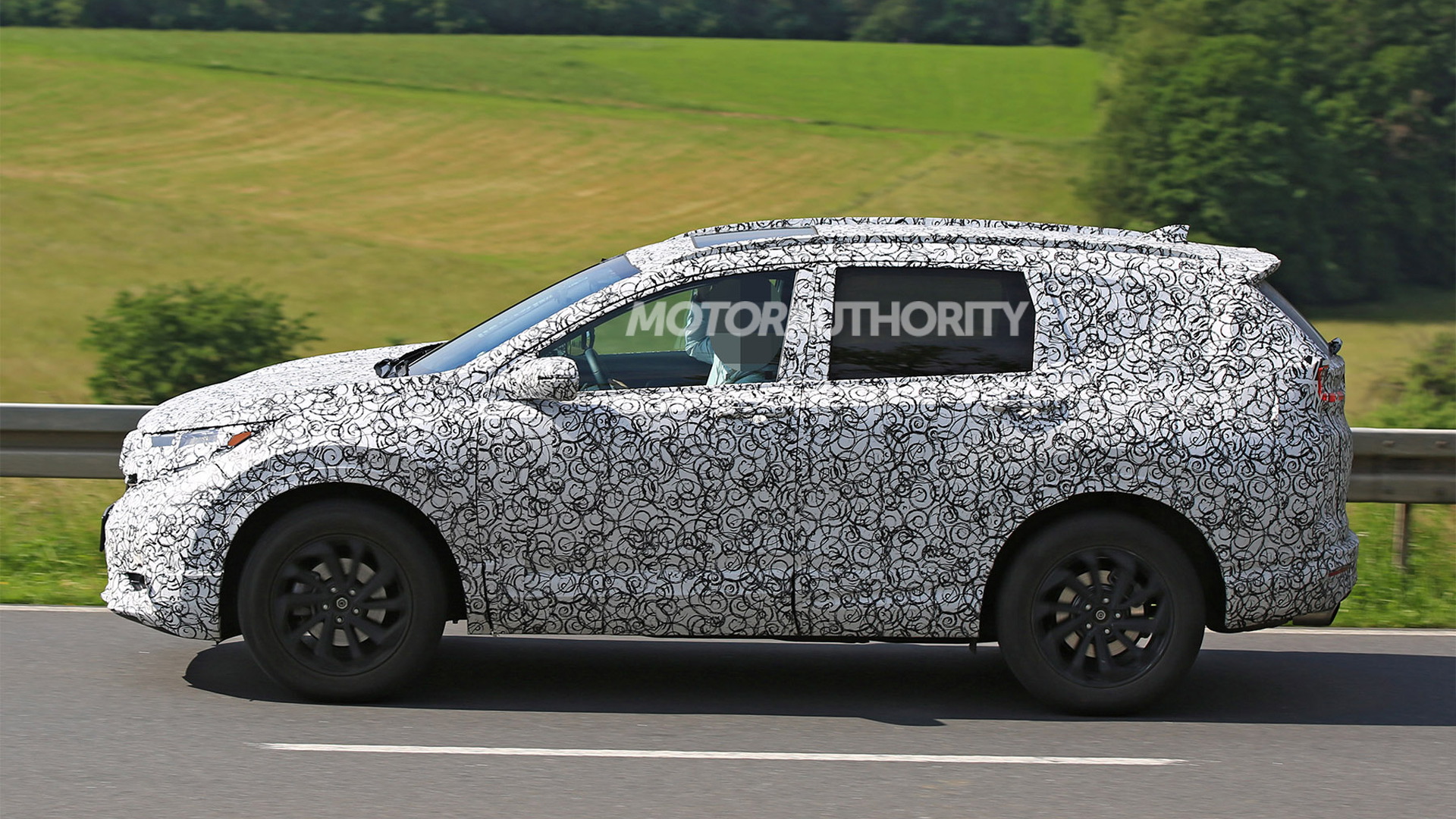 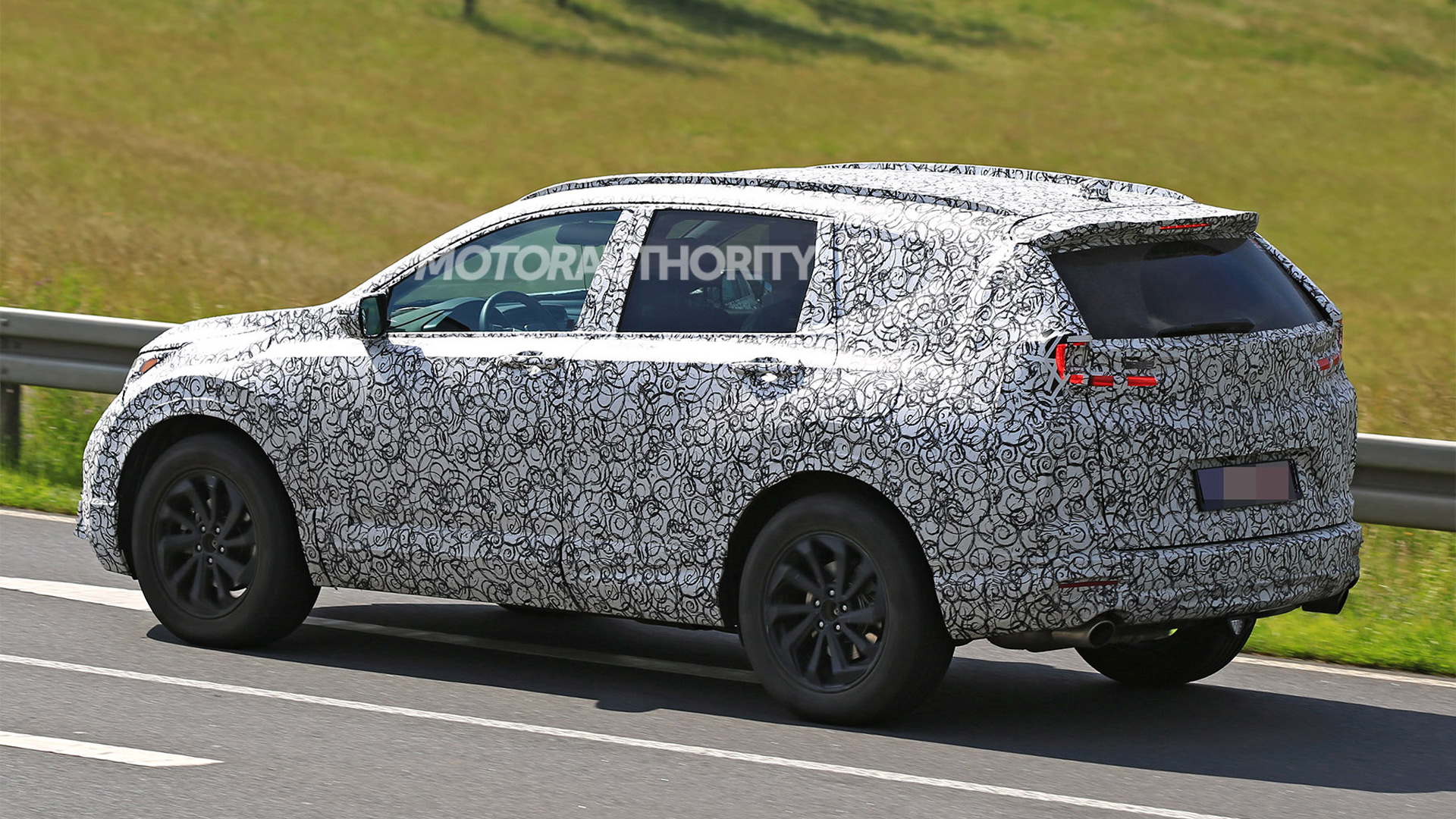 These are our latest spy shots of a prototype for the next-generation Honda CR-V.

This will be the fifth generation of the popular compact crossover SUV, and it’s shaping up to be the most radical redesign yet.

The new CR-V looks to be growing substantially in size, which makes sense with the smaller HR-V on the scene. It’s possible the bigger size will enable the vehicle to be fitted with third-row seats to battle a planned three-row Volkswagen Tiguan.

Underpinning the vehicle is believed to be a stretched version of the platform introduced in the 10th-generatino Civic. The platform is lighter and stiffer than anything we’ve seen from Honda in the past and should benefit the CR-V’s dynamic qualities considerably.

Also borrowed from the Civic will likely be Honda’s new turbocharged 1.5-liter 4-cylinder and CVT. In the Civic, the engine delivers 174 horsepower and 163 pound-feet of torque but we could see a higher output in the CR-V. A naturally-aspirated engine should also be offered.

Drive will once again go to the front wheels only as standard with all-wheel drive available as an option.

Look for a debut late this year or early next. Prices should start close to the $24,645 sticker of the outgoing model.

For more on the Honda CR-V, see the in-depth reviews over at The Car Connection.