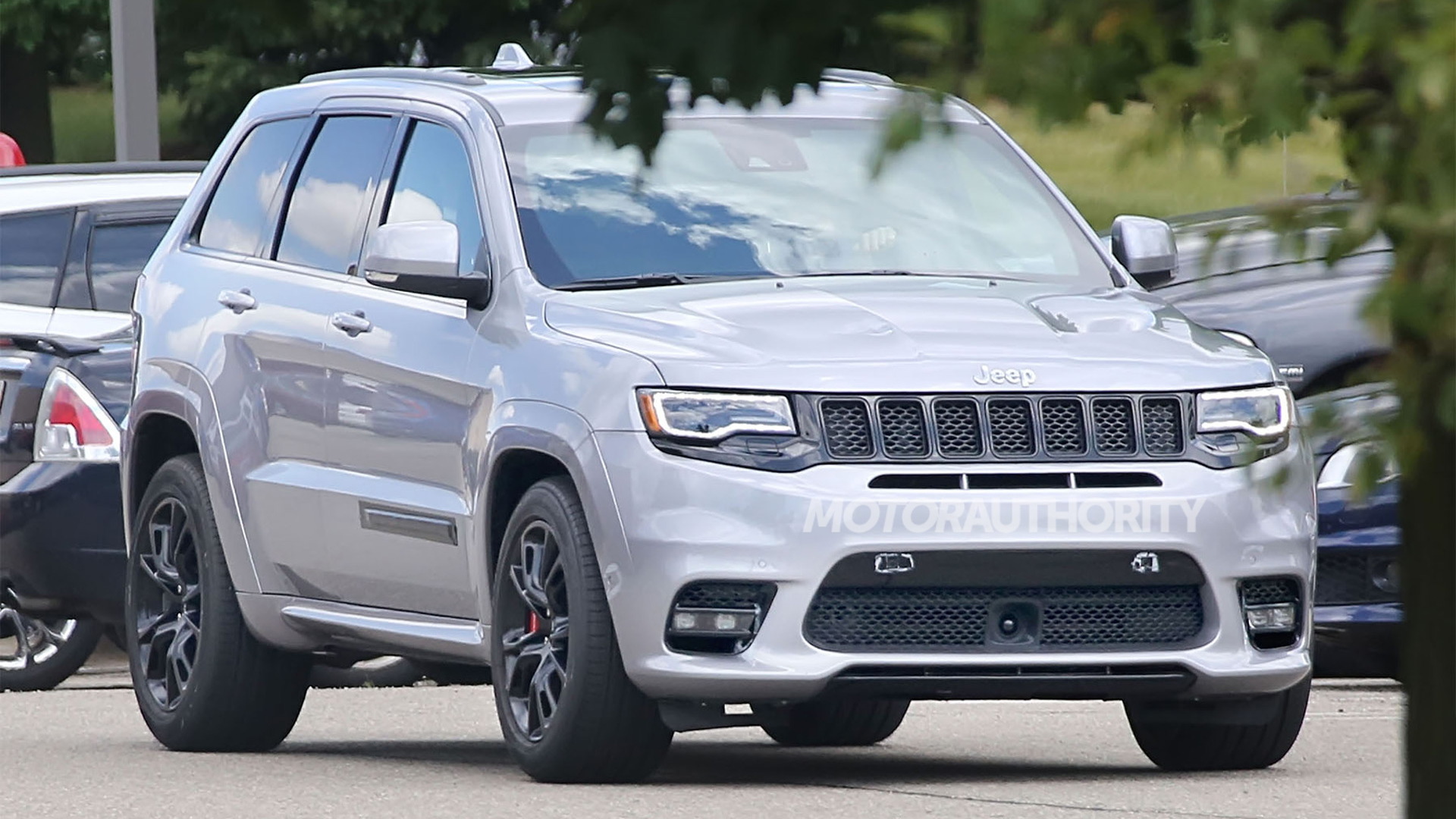 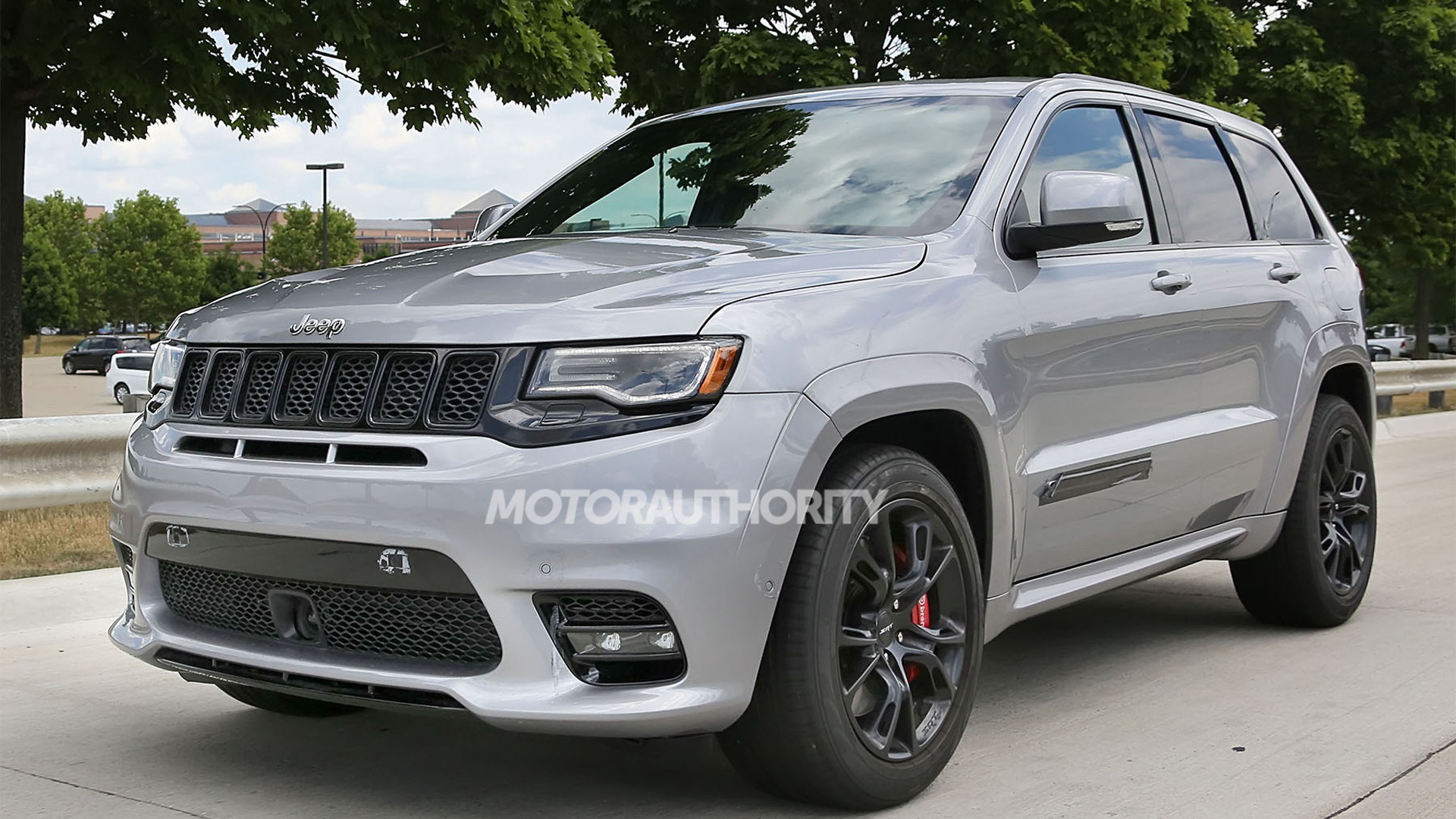 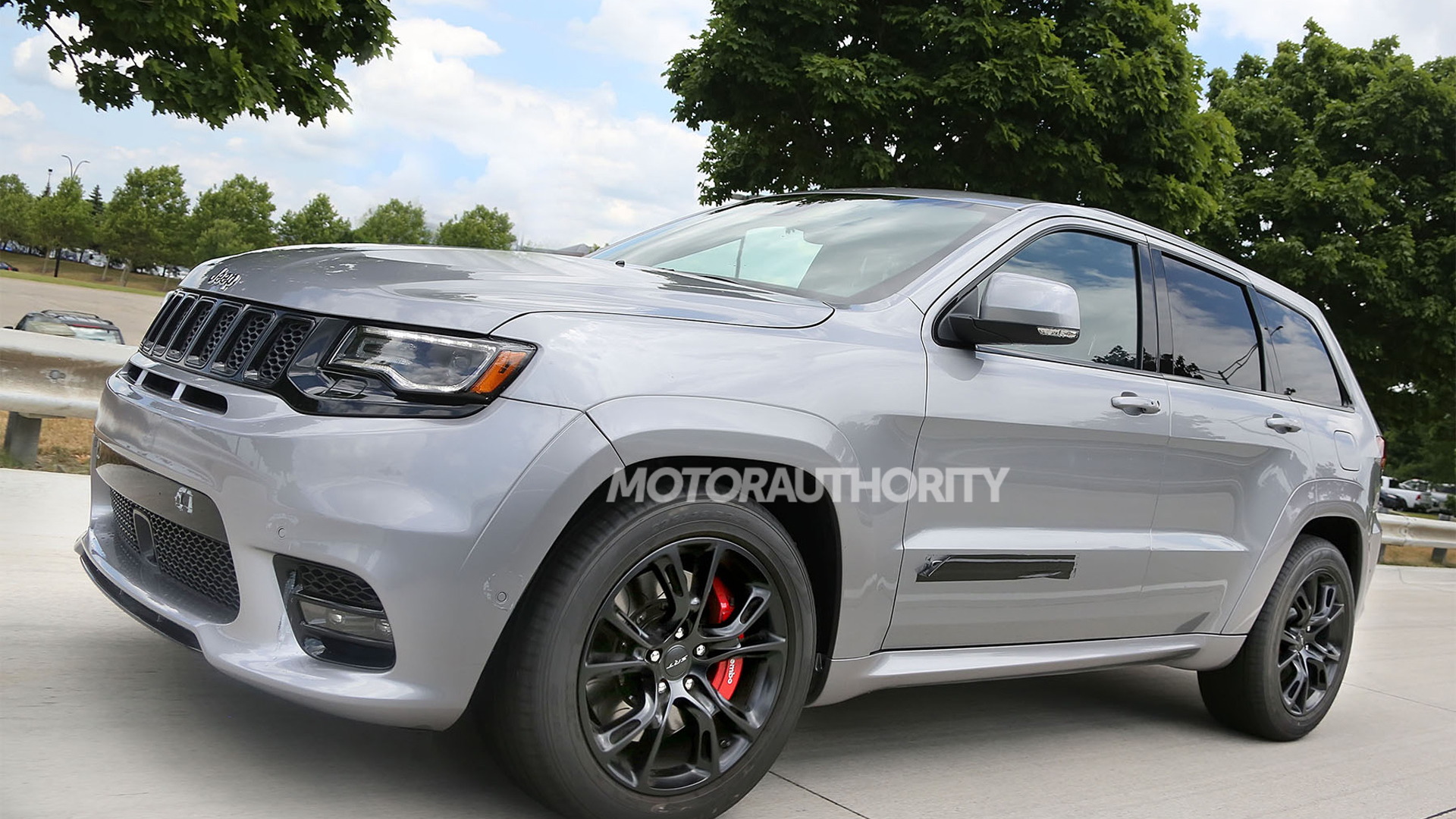 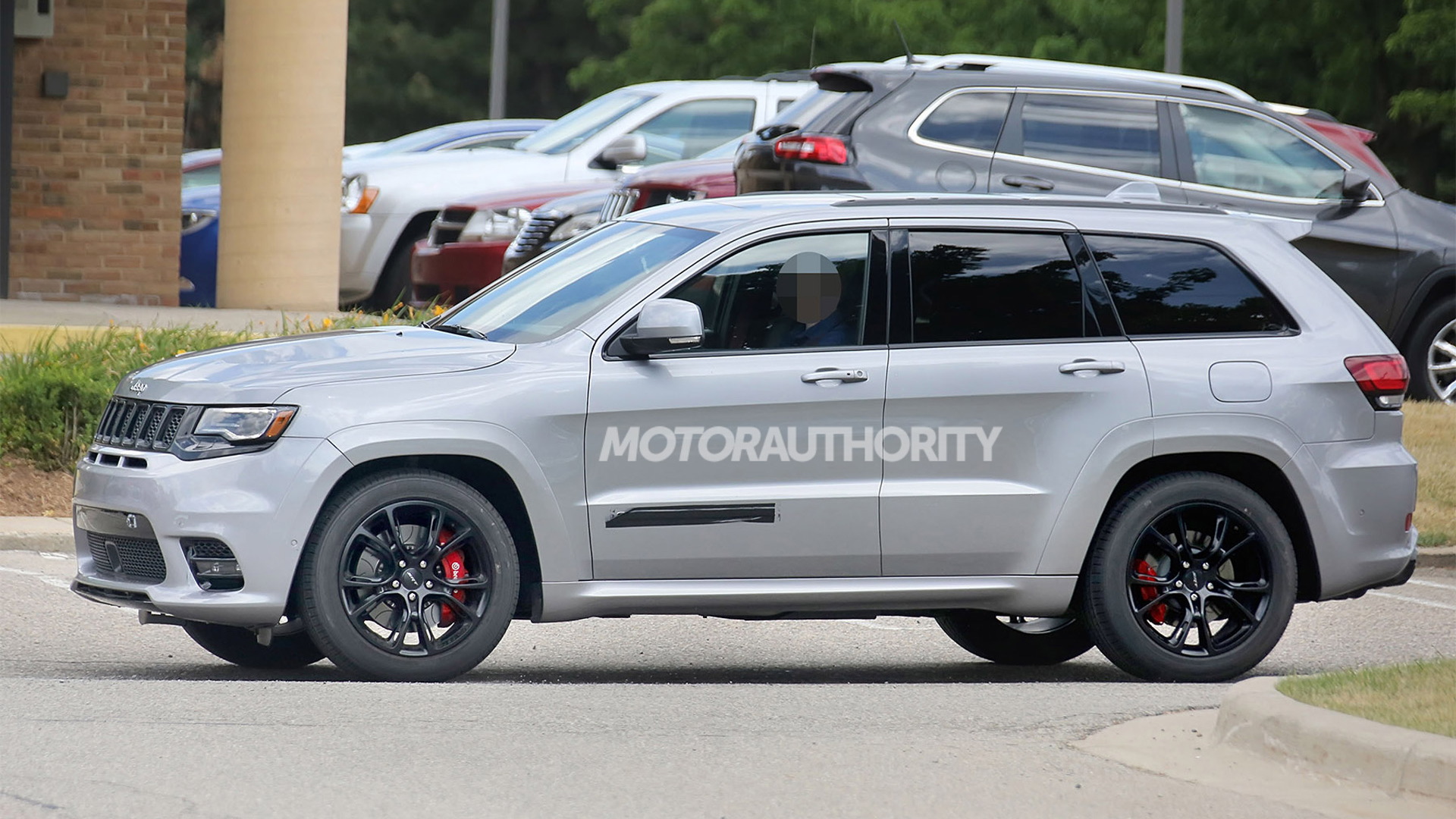 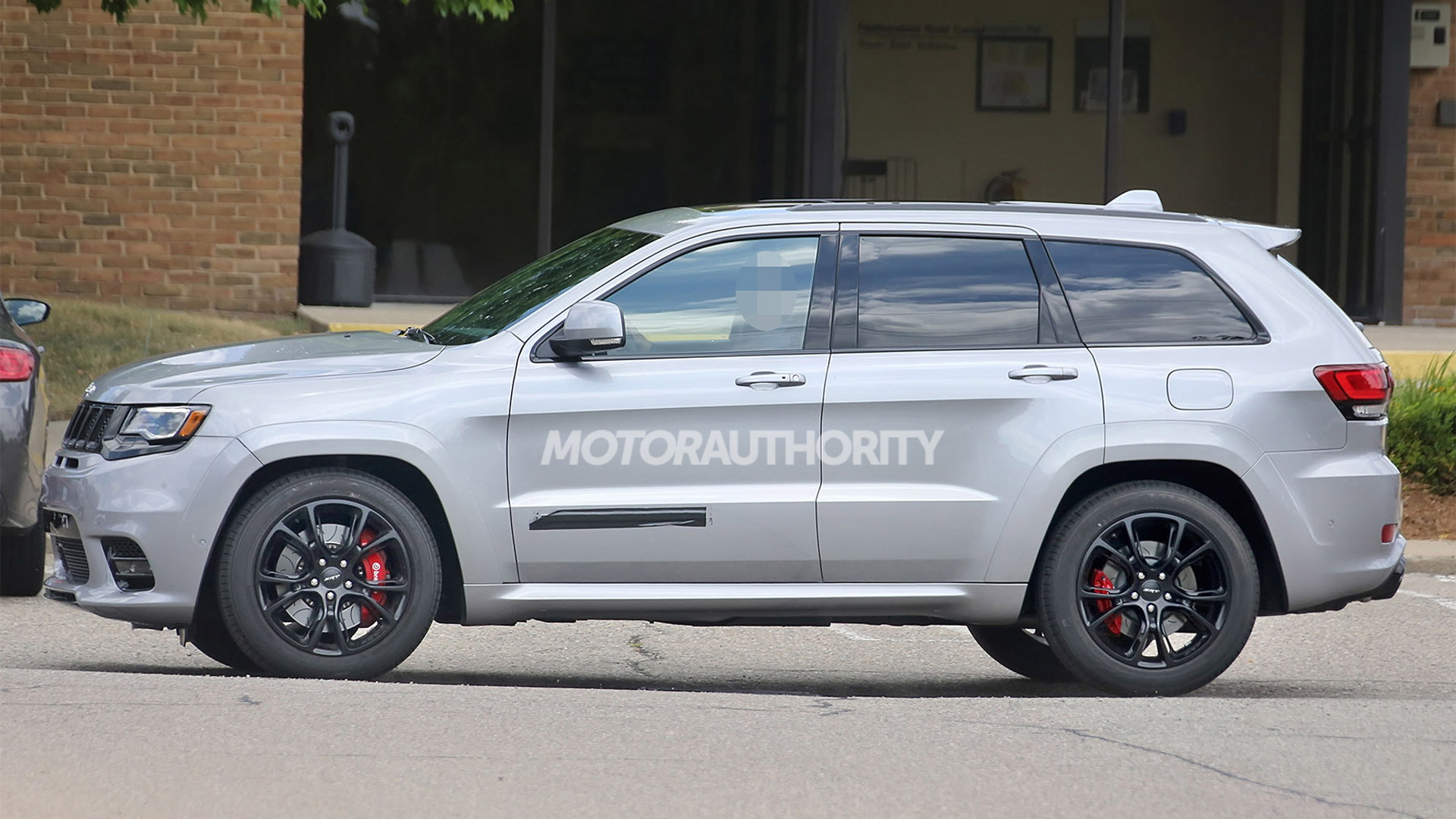 Our spy photographers have spotted what’s believed to be a prototype for a Jeep Grand Cherokee equipped with Fiat Chrysler Automobiles’ [NYSE:FCAU] awesome Hellcat engine.

Yes, we’re talking about the supercharged 6.2-liter V-8 that in the Dodge Challenger and Charger SRT Hellcat models delivers 707 horsepower and 650 pound-feet of torque.

We first confirmed the news of the Hellcat-powered Grand Cherokee in June 2015, and in January of this year Jeep CEO Mike Manley made it official. He said the vehicle will hit the market in late 2017, which suggests it will arrive as a 2018 model.

The prototype may look like the Grand Cherokee SRT on sale for the past several years but there are some noticeable differences. These are likely aimed at keeping the Hellcat engine cool.

The slatted grille has been made shorter so that three new openings could be added below it. The main intake in the lower section of the front bumper has also been enlarged, and the fog lights now sit in standalone intakes, one at either side of the bumper. Finally, there is a new set of slit-like openings just above the front spoiler.

Expect the Hellcat-powered Grand Cherokee to be called a Trackhawk, a name FCA has trademarked. This is part of FCA’s moves to make SRT labeling exclusive to Dodge.

One of the biggest challengers for the engineers is getting the Grand Cherokee’s all-wheel-drive system to handle the Hellcat’s grunt. It’s thought that the output might be dialed down a little. However, even with a lower output the Hellcat-powered Grand Cherokee is expected to be quicker off the line than its Dodge counterparts thanks to the extra traction of its all-wheel drive.

Along with the extra output, we’re expecting some weight-saving mods and a more performance-oriented tune for the suspension compared to the current Grand Cherokee SRT. The end result could be an SUV that accelerates to 60 mph in 3.0 seconds or less. The expected price tag for all this goodness is $80k.

Sadly, the Hellcat-powered Grand Cherokee could be a one and done. A redesigned Grand Cherokee is expected to follow in 2018—the same year we’ve heard FCA will start to phase out V-8s in its performance offerings in favor of force-fed V-6s.