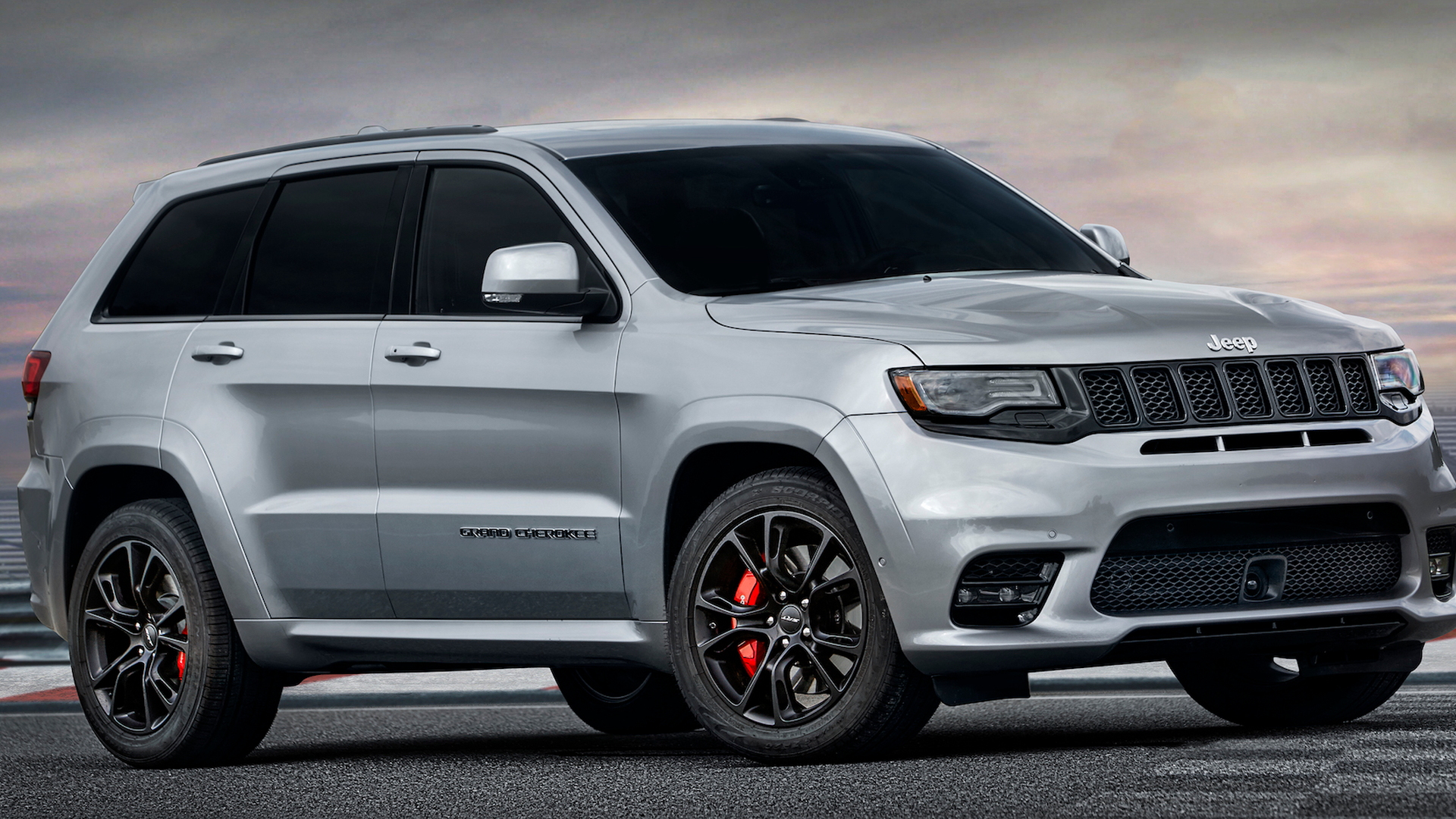 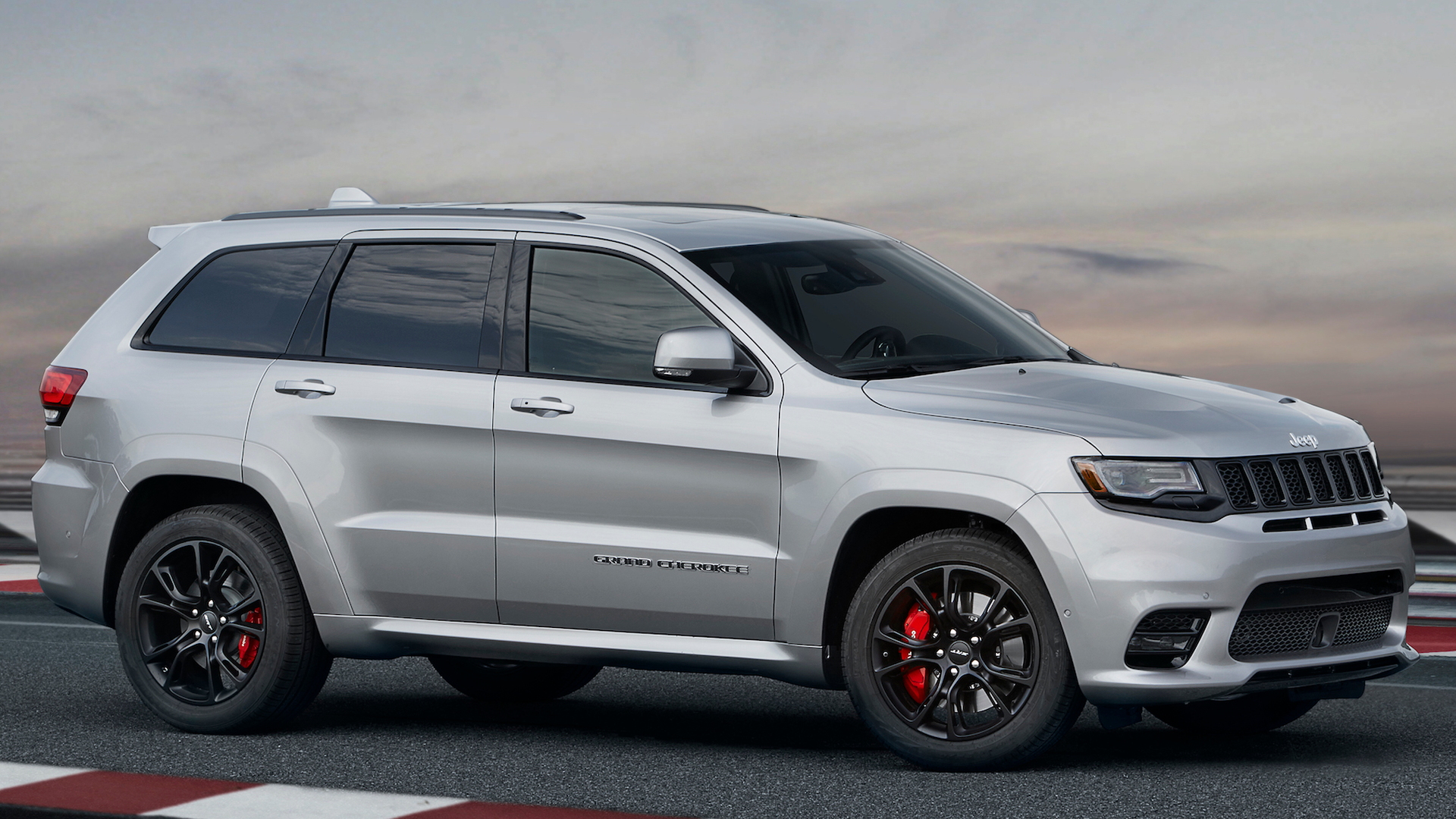 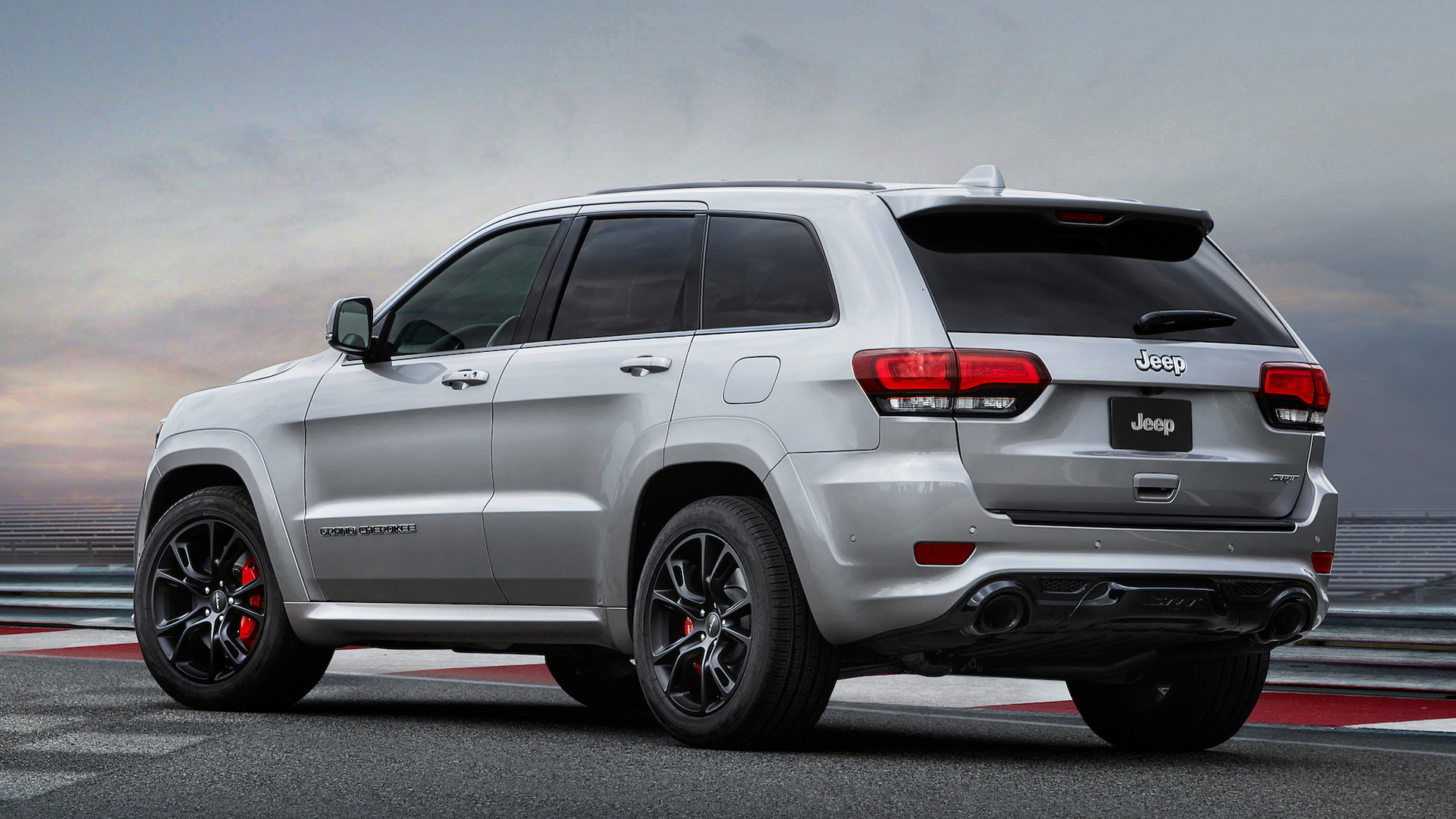 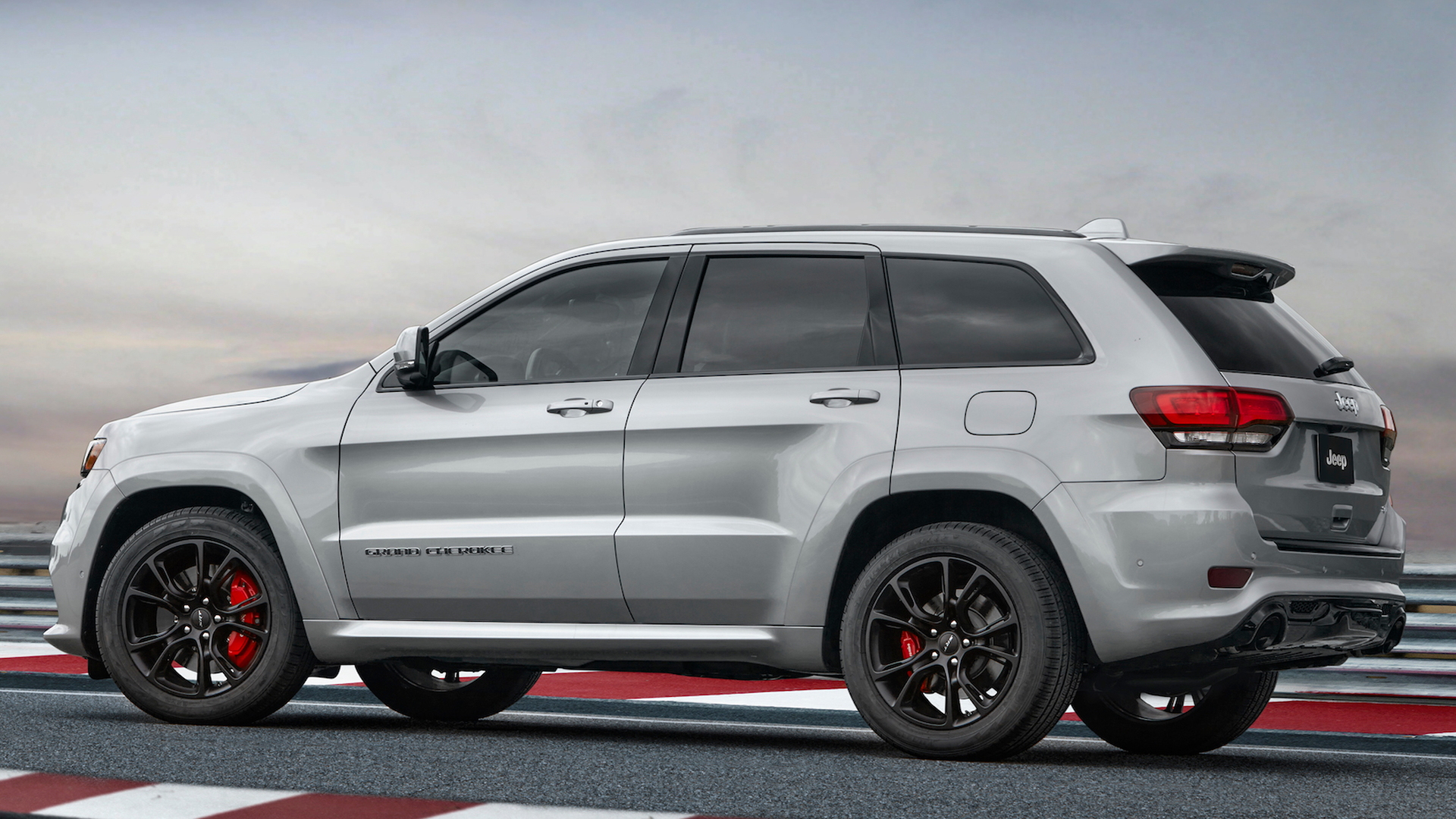 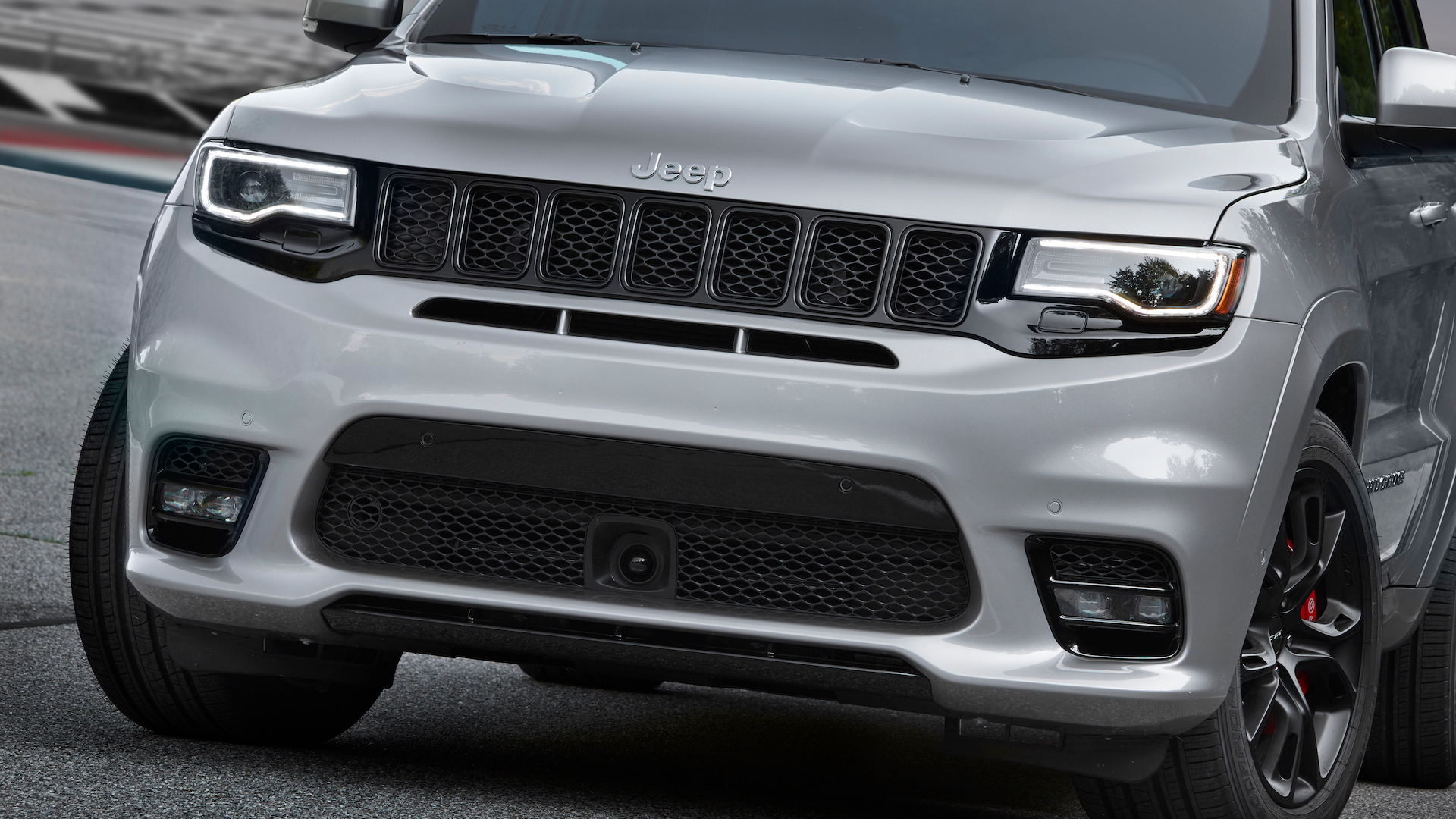 Jeep's Grand Cherokee powered by the supercharged 6.2-liter V-8 known as the Hellcat was already one of the worst kept secrets of the past few years. Then, at January's 2016 Detroit auto show, Jeep CEO Mike Manley made it official. Of course, we still didn't know what it would look like... until now.

Fiat Chrysler Automobiles [NYSE:FCAU] just released details regarding its 2017 lineup, and this includes a mildly updated 2017 Jeep Grand Cherokee SRT that we previously thought was the Hellcat version. No, it's not the Hellcat version—which could end being called a Trackhawk—but look closely at the updated design. Notice anything?

The front bumper has been redesigned and closely mimics those of other Hellcat models. Specifically, the lower valence has three gaping air inlets, and just below the classic Jeep grille sits a new opening allowing even more air to enter the engine bay.

The main difference between this new front fasica and the upcoming Jeep Grand Cherokee Trackhawk? The LED fog lights and adaptive cruise control radar sensor will be dropped in favor of increased airflow and cooling, and we might also get a redesigned hood with more air extraction vents.

The wheels will likely change, and you can bet it will be plastered with Hellcat logos, but that's about it.

Whether the Jeep Grand Cherokee Trackhawk has the full 707 horsepower and 650 pound-feet of torque of the other Hellcat models is yet to be seen, but we sure hope so. The most obvious question is whether FCA was able to get the all-wheel-drive system to hold together with the full amount of power and torque. One has to imagine that many transfer cases have grenaded themselves during testing.

When Manley confirmed the Hellcat-powered Jeep Grand Cherokee for production, he said it'll be brought to market before the end of 2017, which means you can start counting because it will be just about a year from now most likely.

The question remains: How many pennies can you find in your couch within the next year?