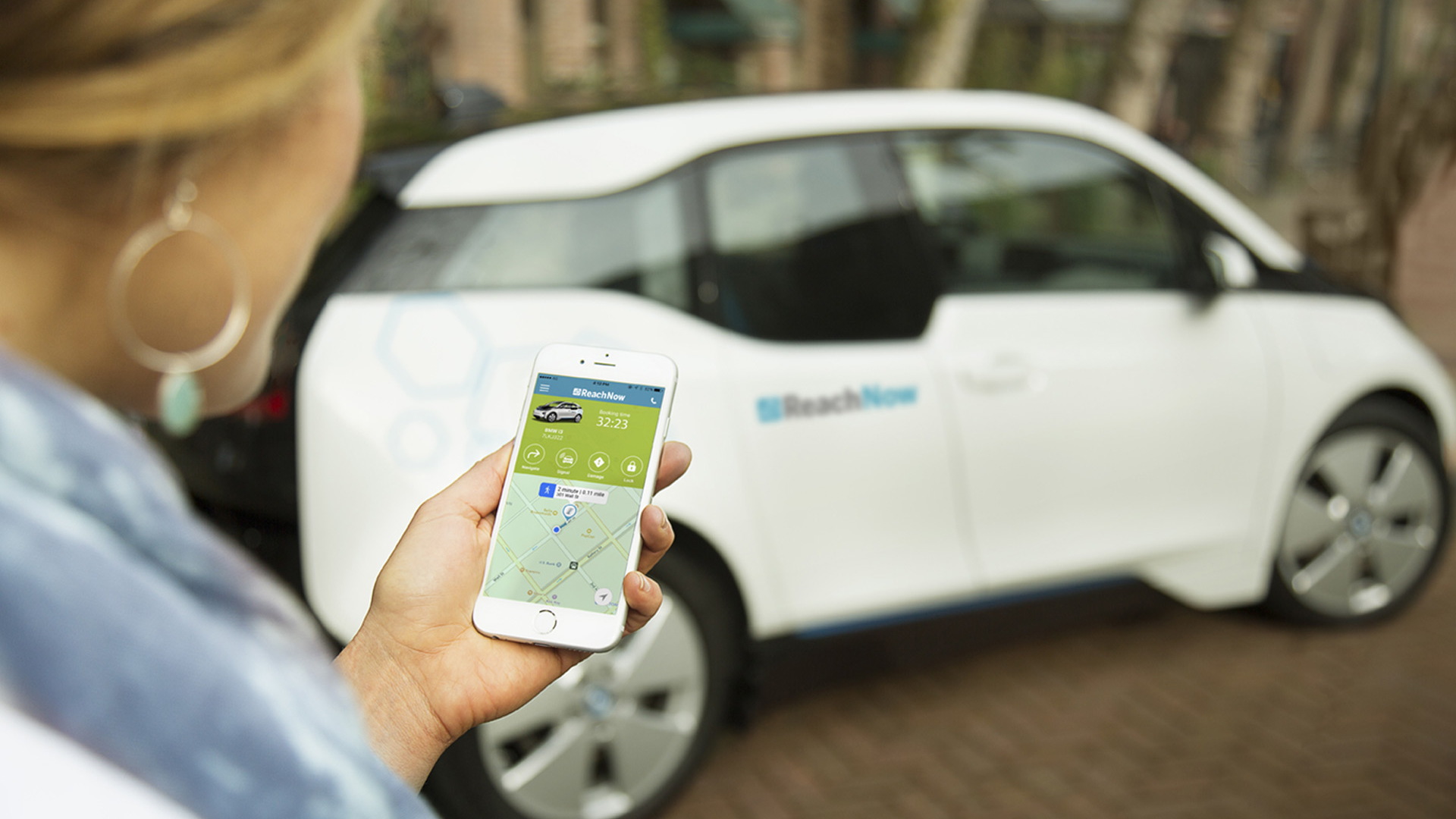 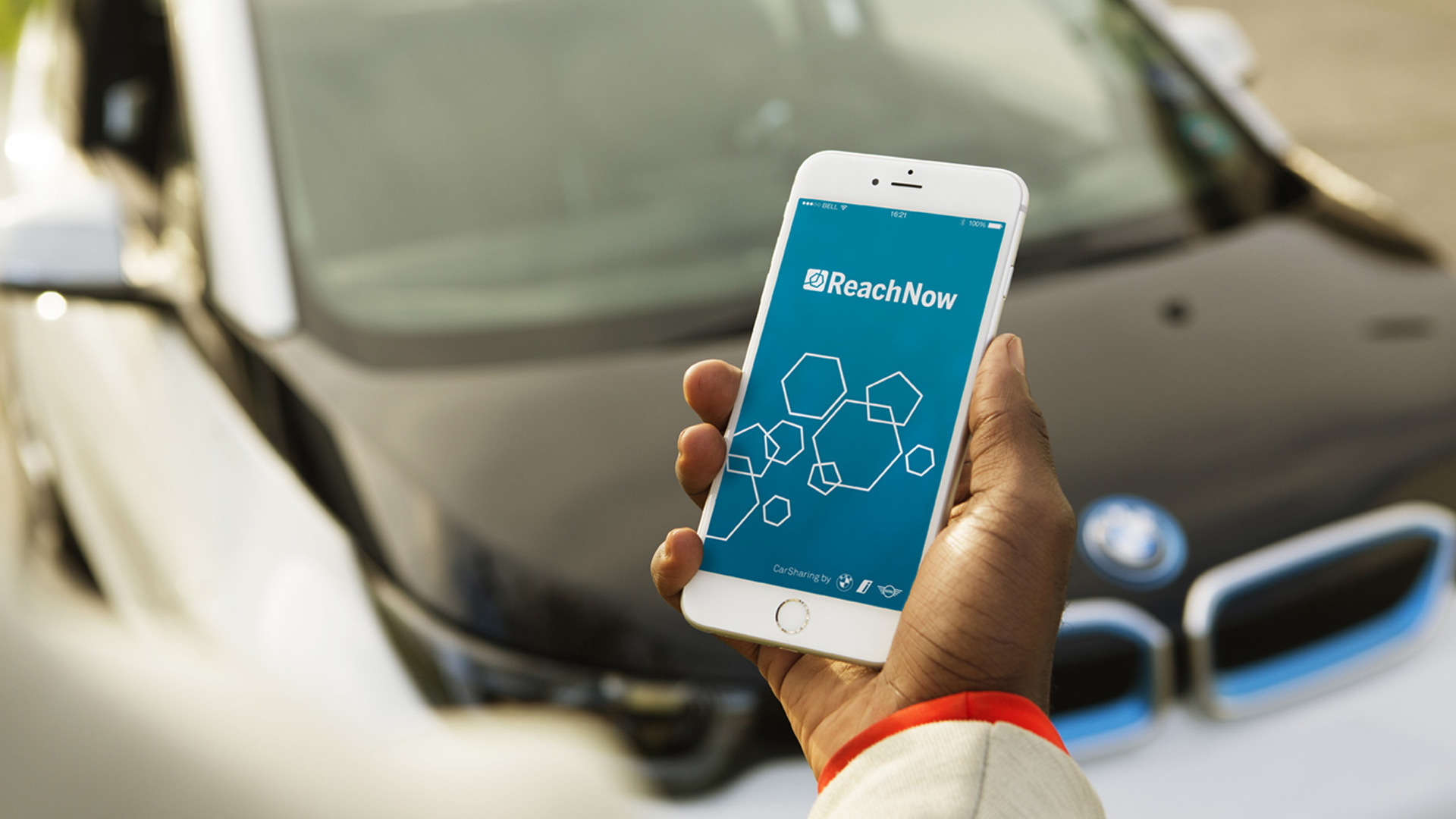 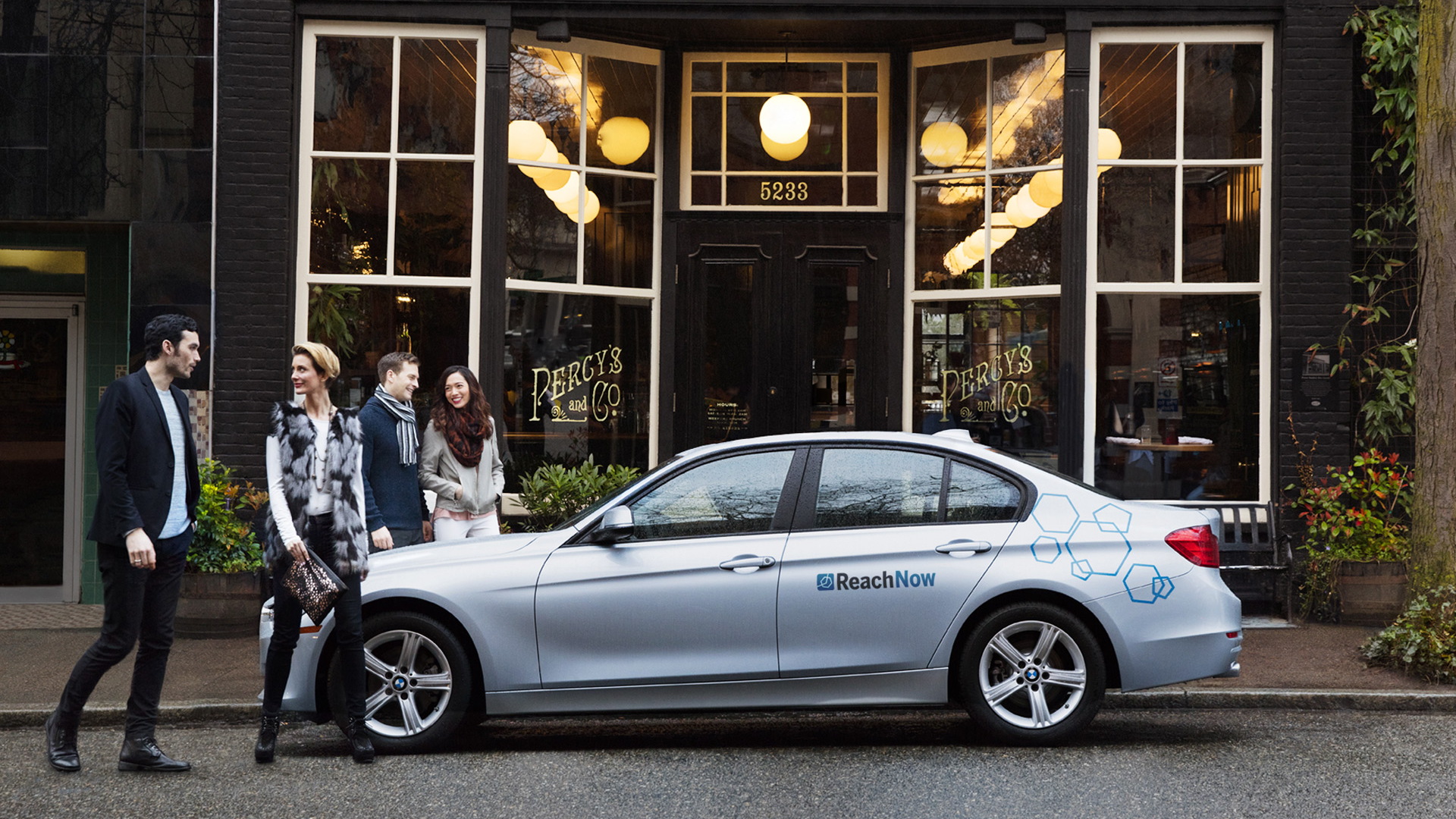 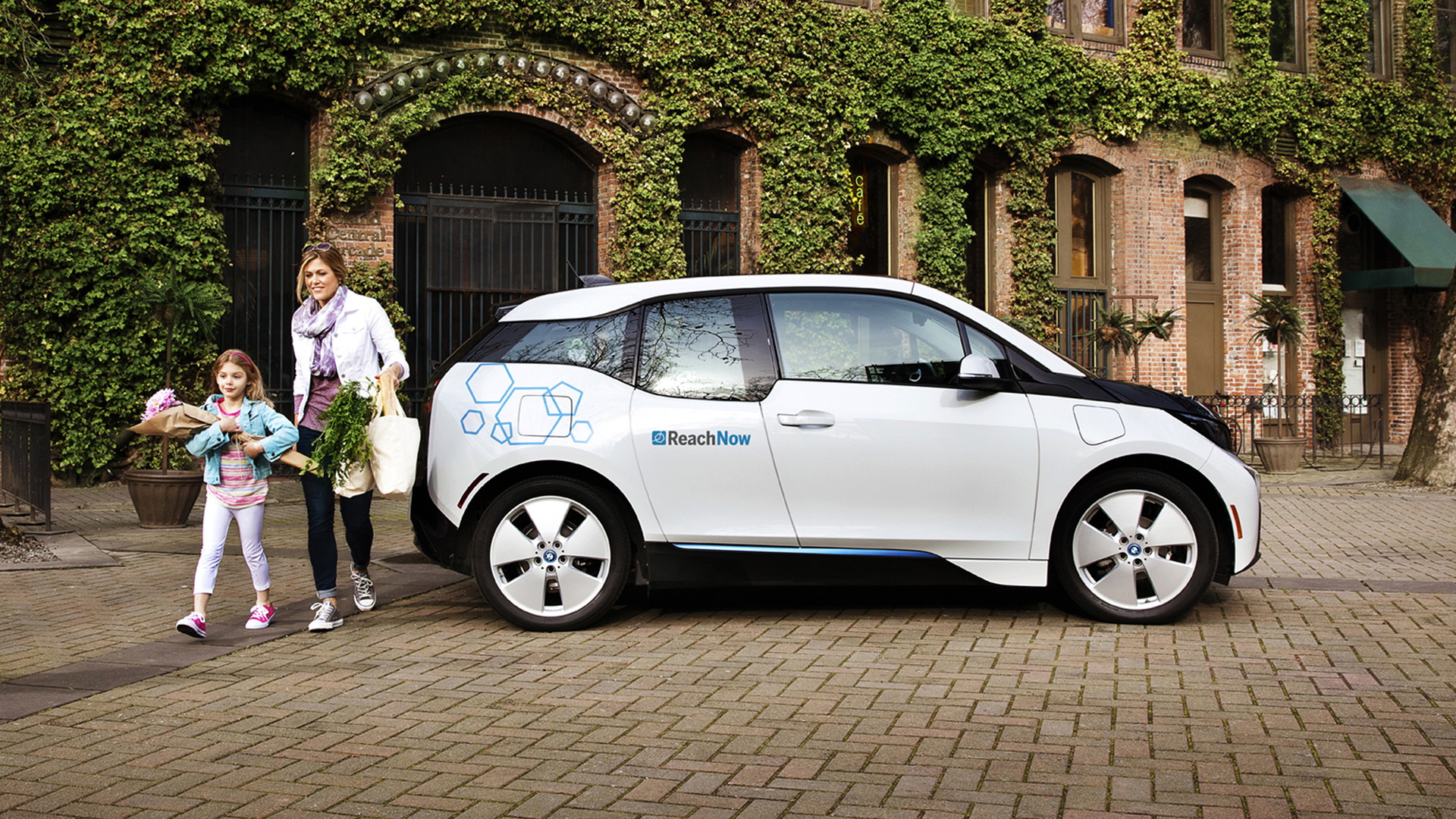 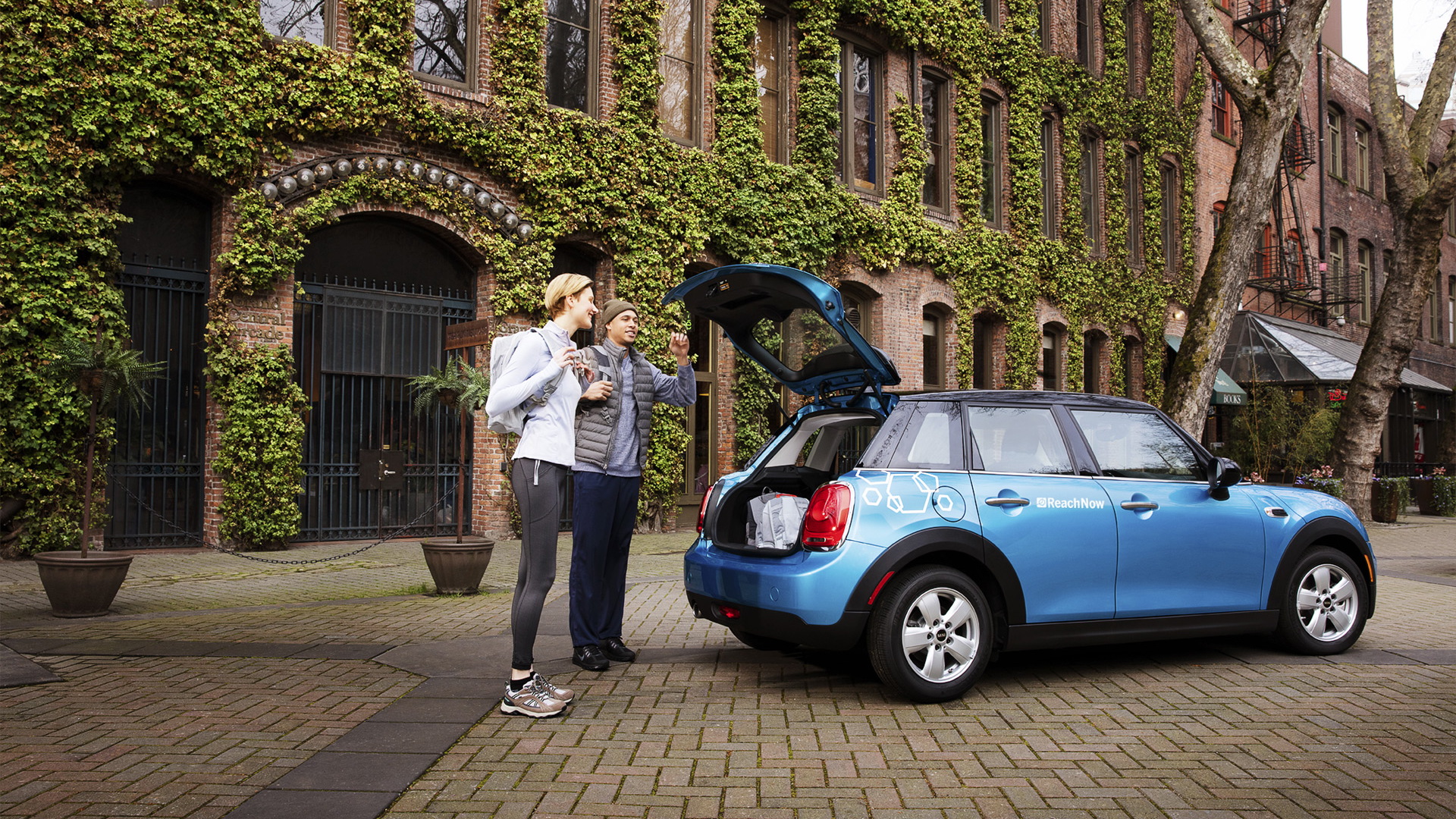 In other markets, the program is still being called DriveNow but the rebranded ReachNow is ready to roll in the U.S., with the first city on the list being Seattle, Washington.

BMW says ReachNow is aimed at consumers in highly urban areas who may struggle to find parking spaces. One of its biggest advantages over other programs like Car2Go (owned by rival Daimler) is that ReachNow users will have the option to have vehicles delivered directly to them when they are requested. Eventually, users will even be able to book cars with their own driver, making ReachNow an Uber-like ride-sharing program as well as a program for car sharing.

ReachNow also allows users to book vehicles for an extended period of time—up to several days—rather than limiting them to a few hours like most car-sharing programs. Additionally, ReachNow uses larger, more premium vehicles than the Smart ForTwos that compose Car2Go's fleet. In Seattle, BMW says it is starting off with i3 electric cars, 3-Series sedans and Mini Cooper hatchbacks.

Everything is organized via an app designed for Apple and Android smartphones. Your key to the cars is a member card that you must register for. Pricing is by the minute, although there are caps for certain periods, for example $50 for 3 hours, $80 for 12 hours and $110 for 24 hours. The standard rate is 49 cents per minute, although BMW is offering a 41 cents per minute teaser rate.

CHECK OUT: Jaguar Land Rover gets in on car-sharing craze with InMotion

BMW plans for its fleet to be a big player in Seattle; it has committed 370 vehicles to the fleet already. The program will expand to include Seattle-Tacoma International Airport in the next quarter and eventually more cities.

Eventually, BMW intends to offer an on-demand driver service with its ReachNow cars, which explains the decision to rebrand the program. For now, the chauffeurs will be humans, but it's safe to say that BMW is setting up its program's infrastructure for a potential future of autonomous cars.