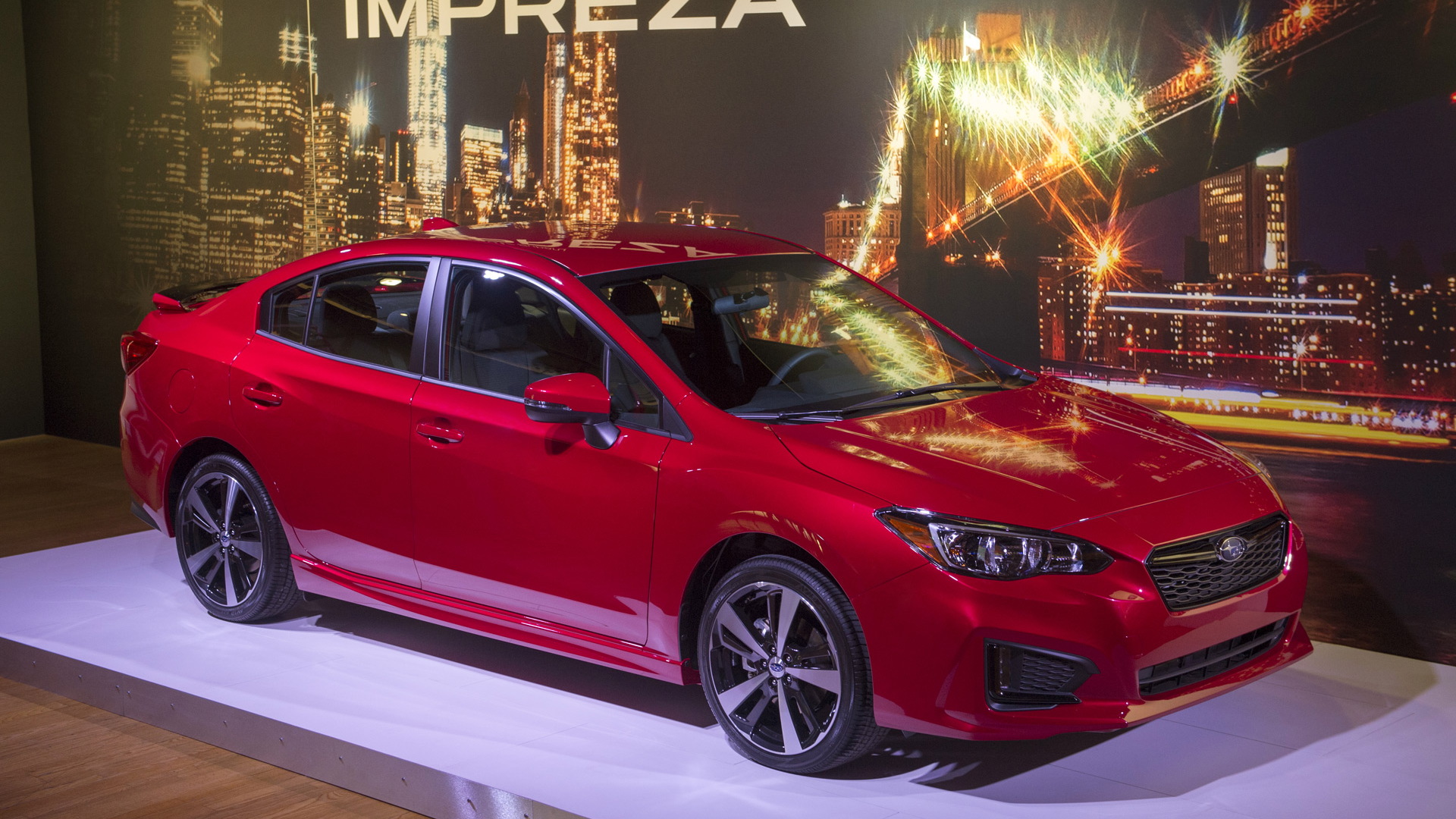 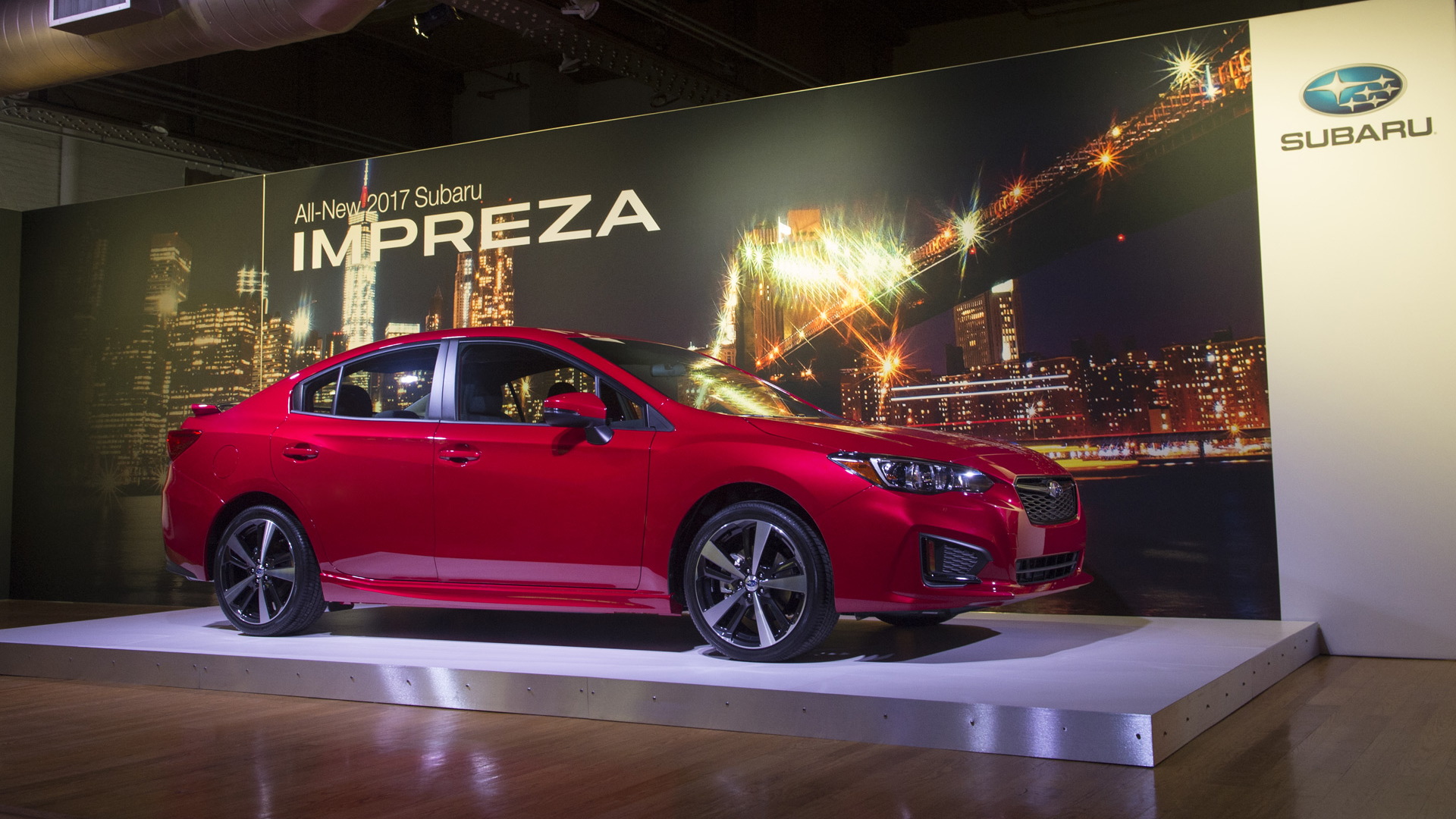 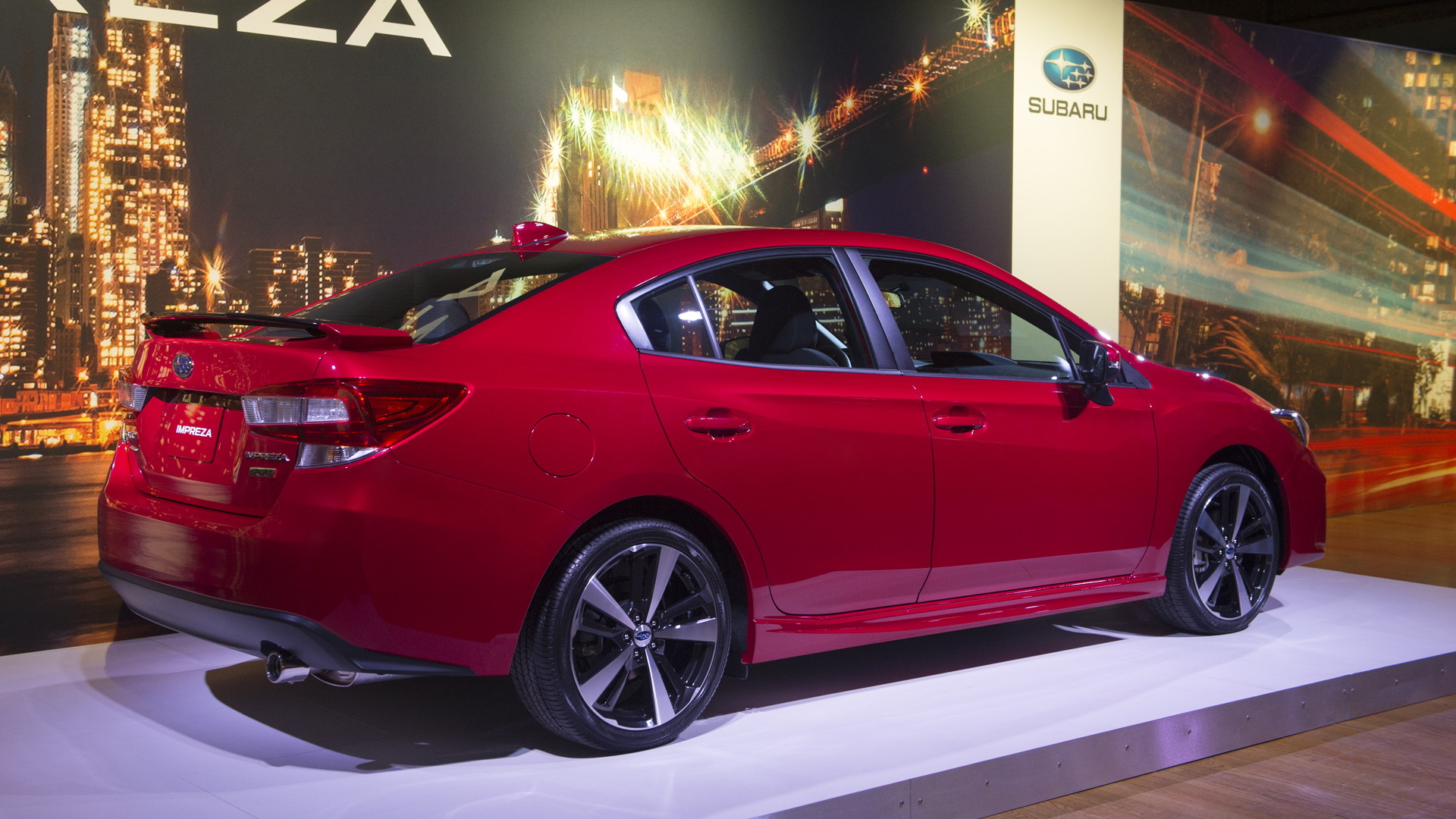 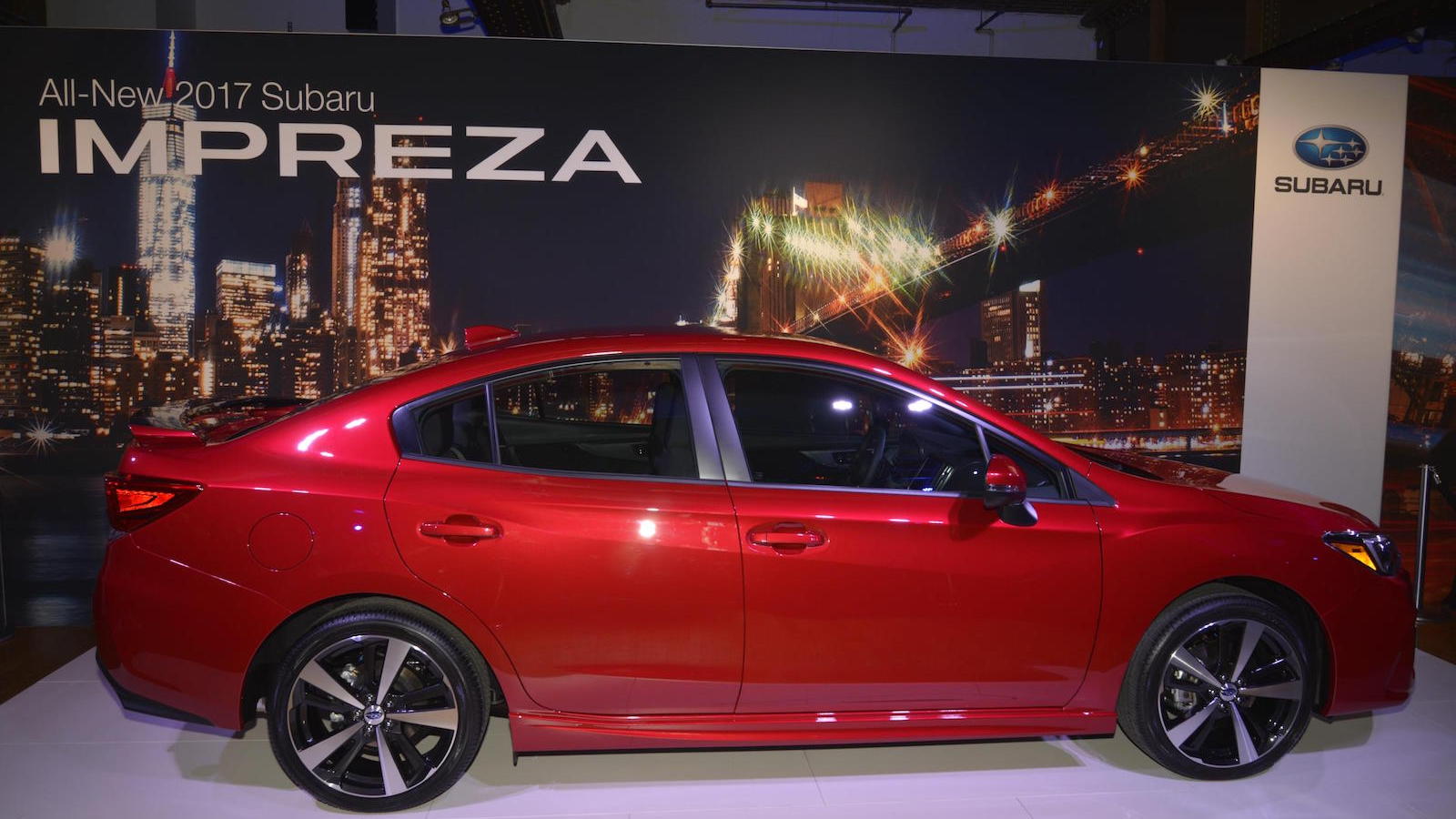 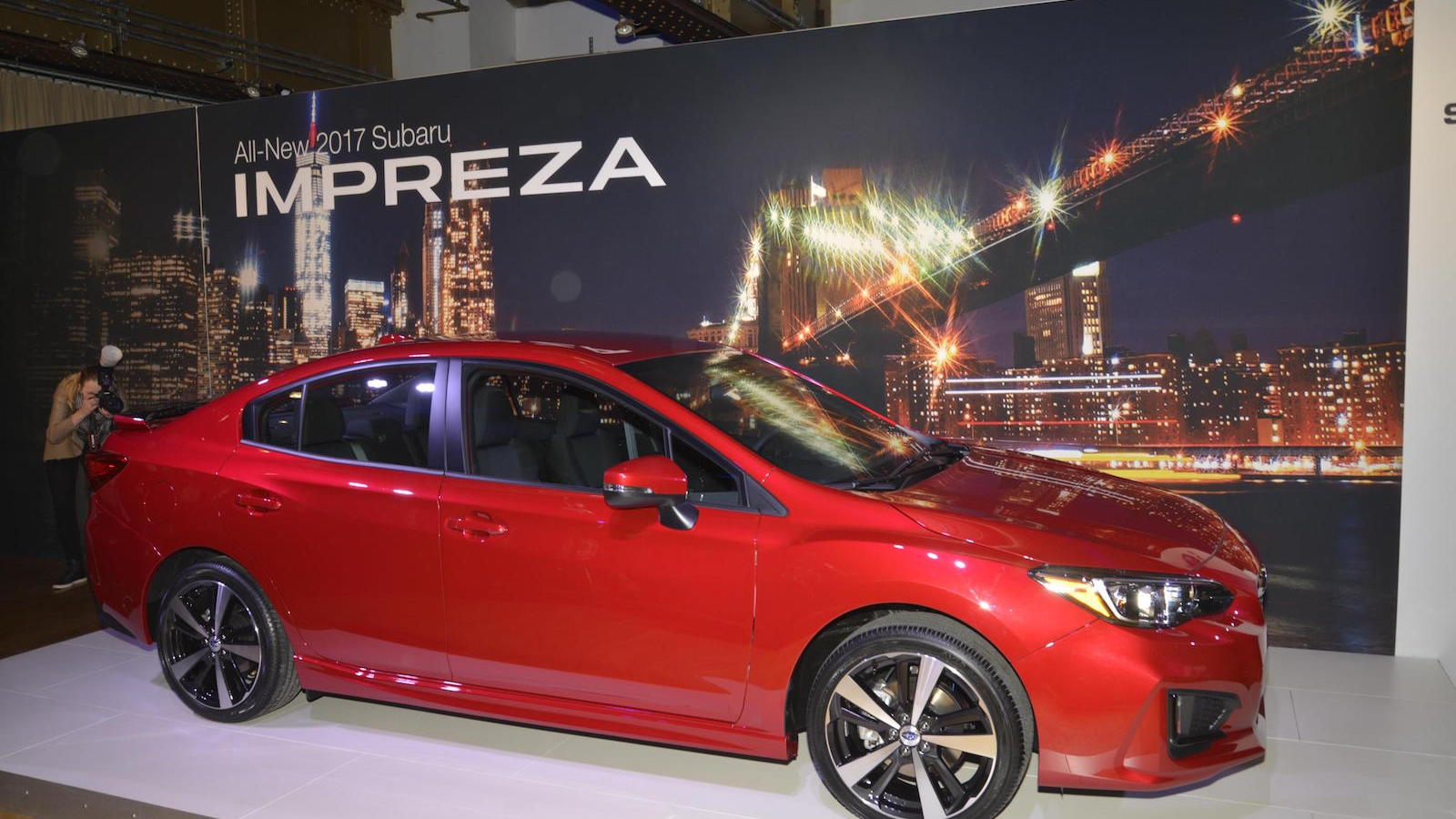 Subaru’s all-new Impreza has been revealed today at the 2016 New York Auto Show.

The new generation of the popular compact has been revealed in both its sedan and 5-Door hatchback bodystyles. Both will be on sale late this year as 2017 models.

The new Impreza, the nameplate’s fifth generation, marks an important introduction for Subaru. That’s because the car will be built in the United States for the first time. It's also important as this is the first application of Subaru’s new modular platform that will eventually underpin almost all of the Japanese brand’s lineup. 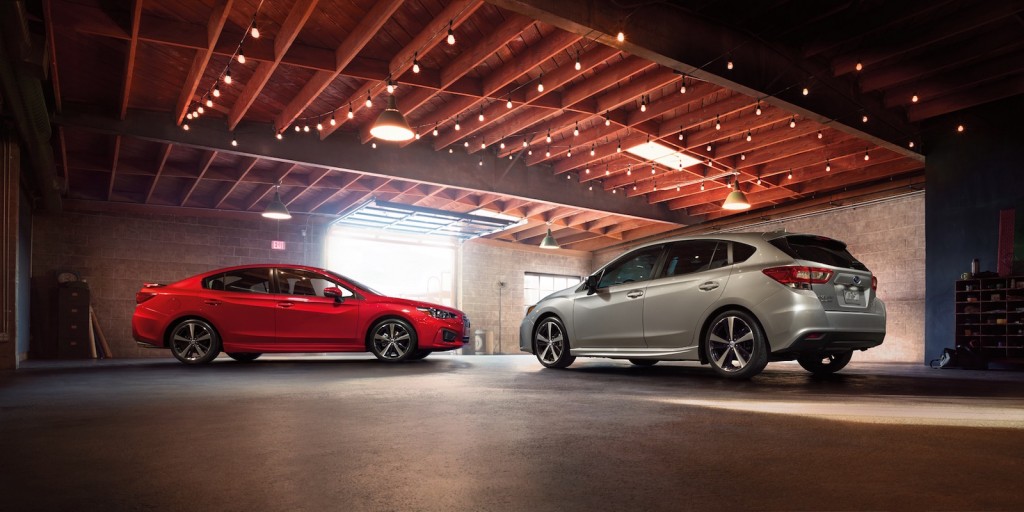 The new platform is called the Subaru Global platform, and it’s said to offer significant weight savings and improved levels of rigidity. This should mean the new Impreza is a more efficient, more dynamic car than the one it replaces. We’re told the platform is around 70 percent stiffer than before and with 40 percent better crash energy absorption. Safety is further improved with the latest EyeSight monitoring system that controls a number of electronic driver aids.

The new Impreza is also slightly larger than the one it replaces, with the wheelbase extended by 1 inch, the overall length by 1.6 in and the width by 1.5 in. Height is down 0.4 in, helping to lower the car’s center of gravity. The larger dimensions have led to a roomier cabin. 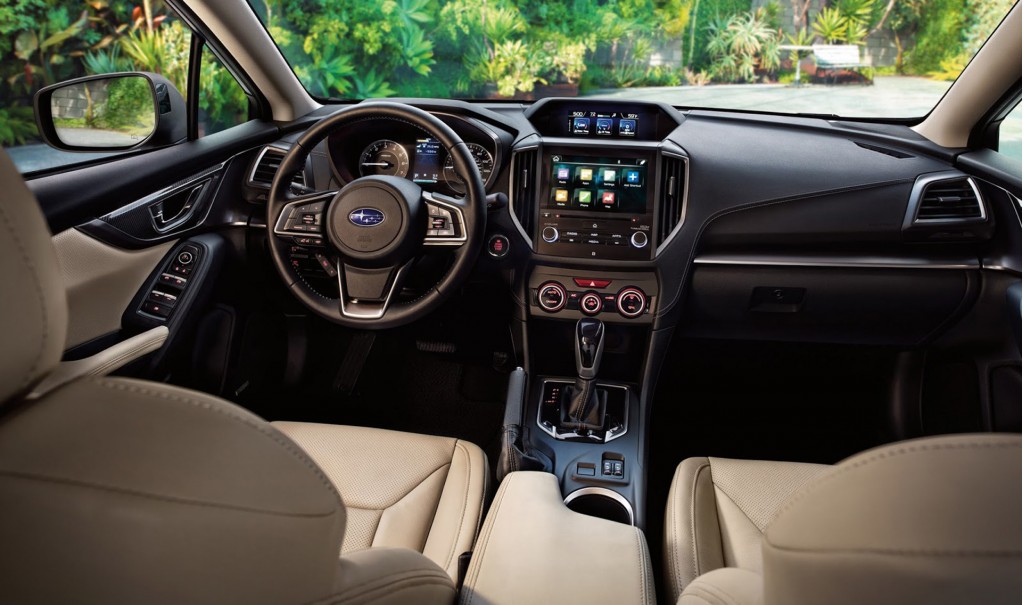 The design theme here is familiar but there are now multiple screens and the quality, at least on initial appearance, looks to have been improved. The design of the exterior is also familiar but sleeker and more dynamic than before. We can’t wait to see what Subaru does for the eventually WRX and STI variants.

Full powertrain details are yet to be released but we can confirm that a horizontally-opposed 2.0-liter 4-cylinder engine remains standard. It’s rated at 152 horsepower and drives all four wheels. The all-wheel-drive system is said to benefit from a new active torque vectoring system. Transmission options once again include 6-speed manual and CVT units.

Further details, plus the all-important pricing info, will be released closer to the market launch late this year.

For more from the New York Auto Show by visiting our dedicated hub.