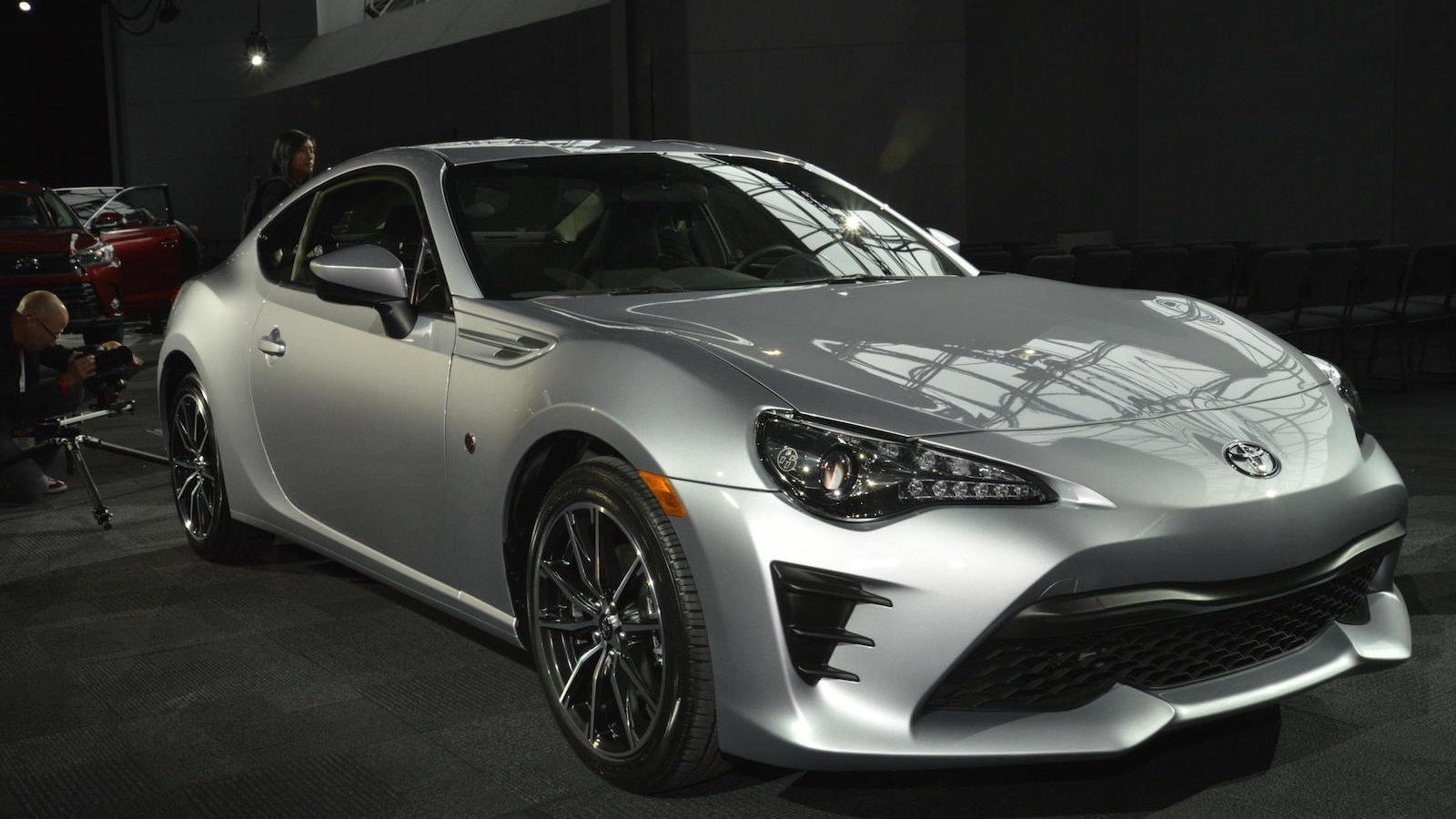 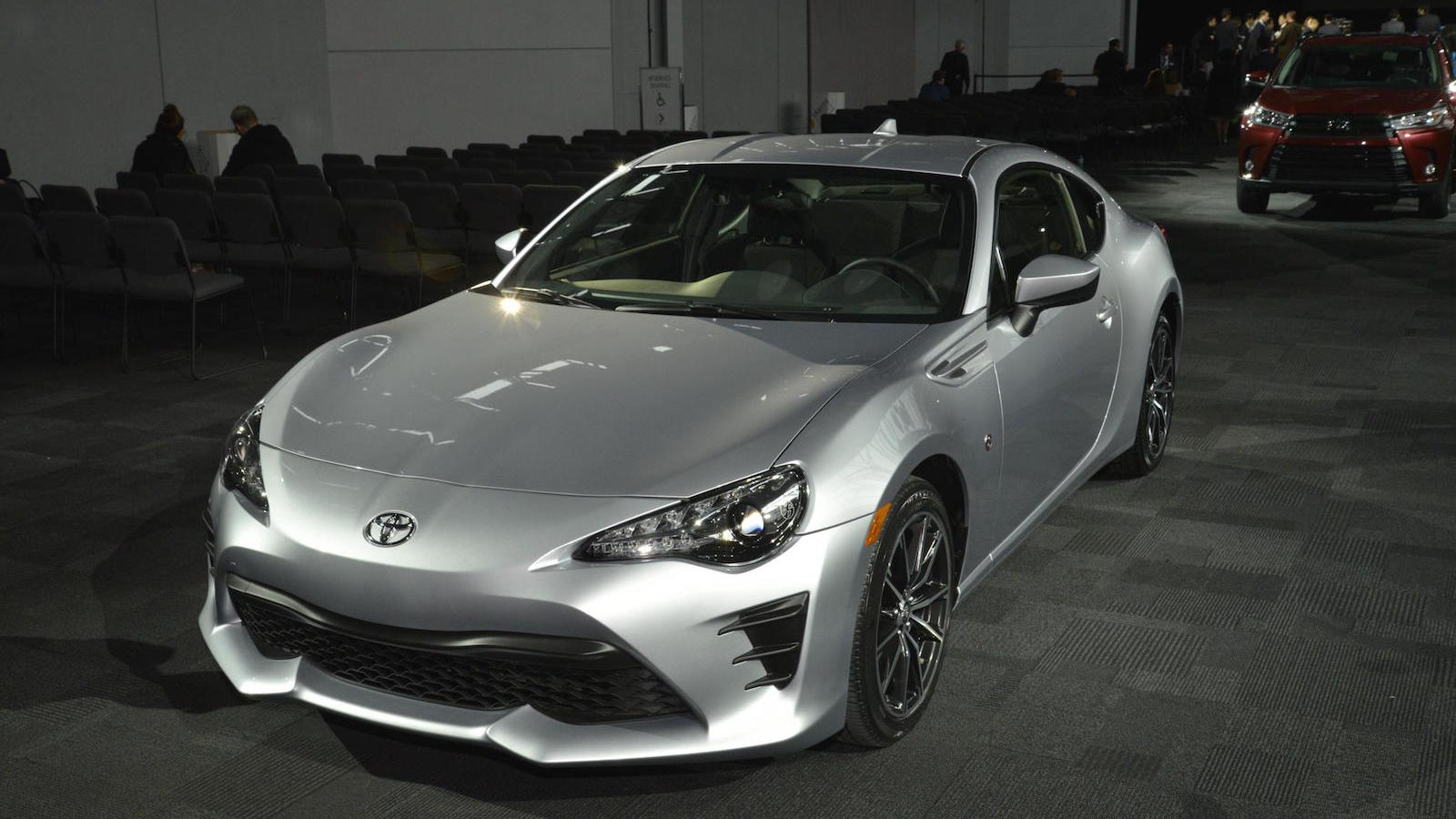 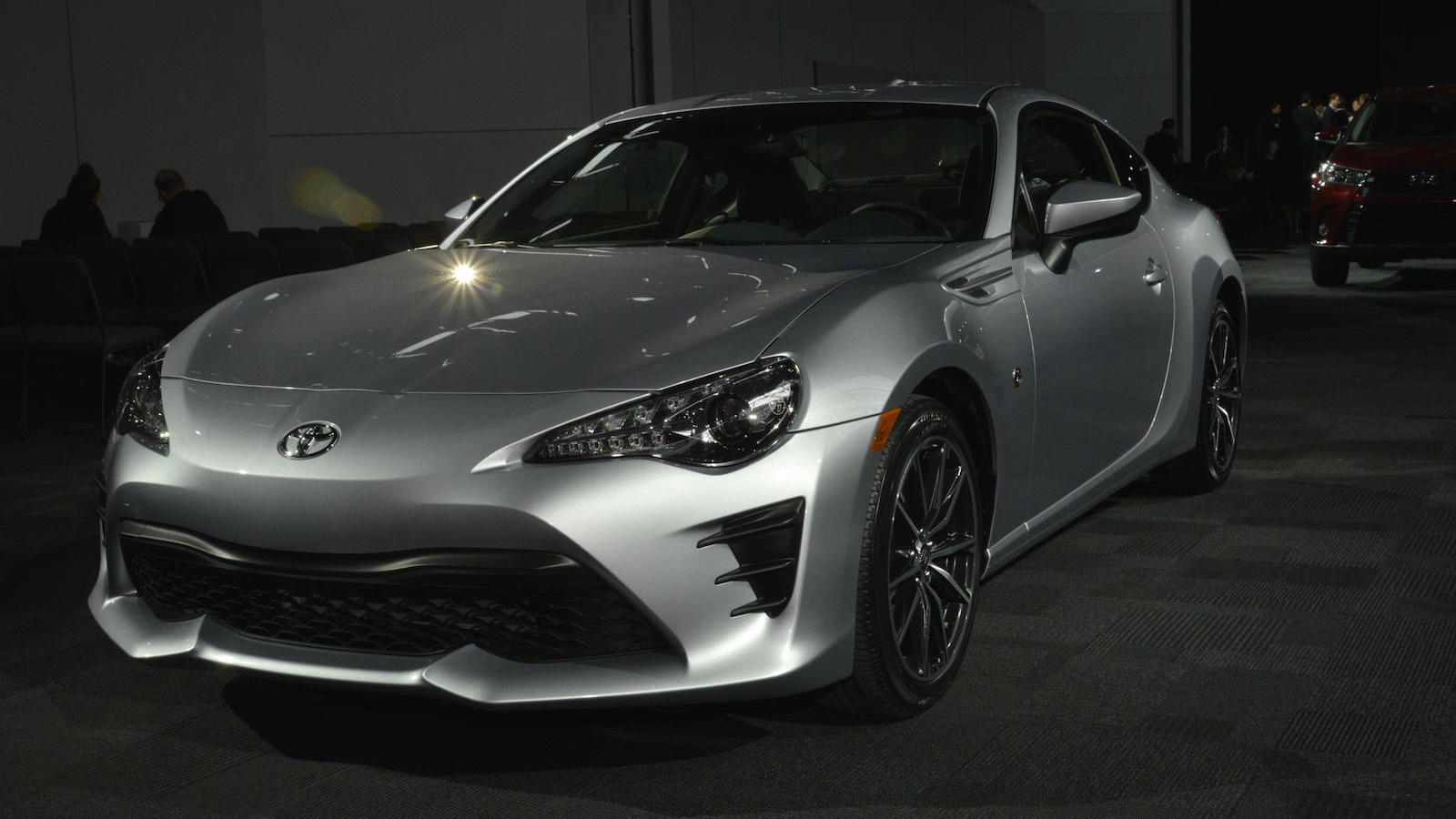 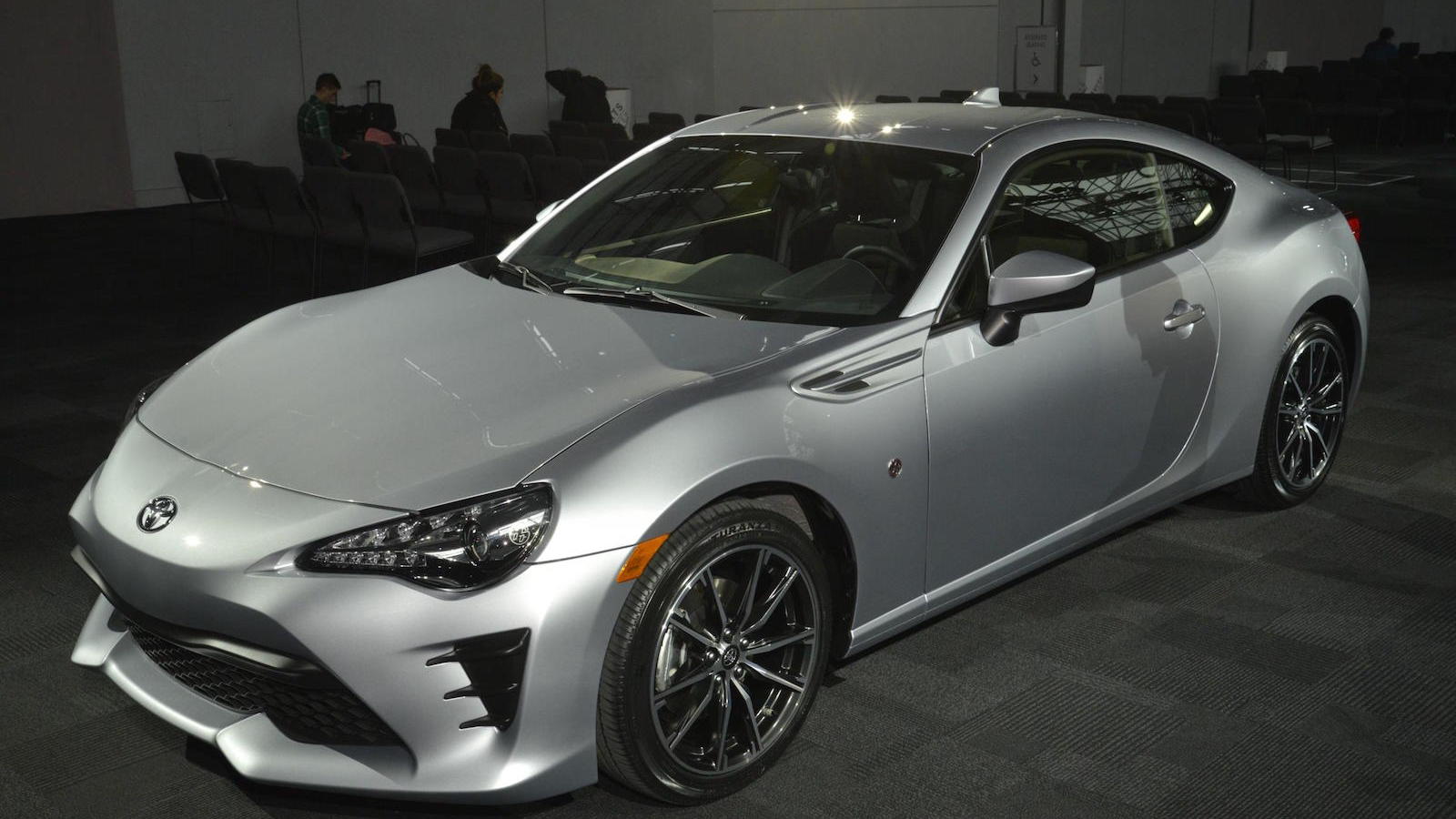 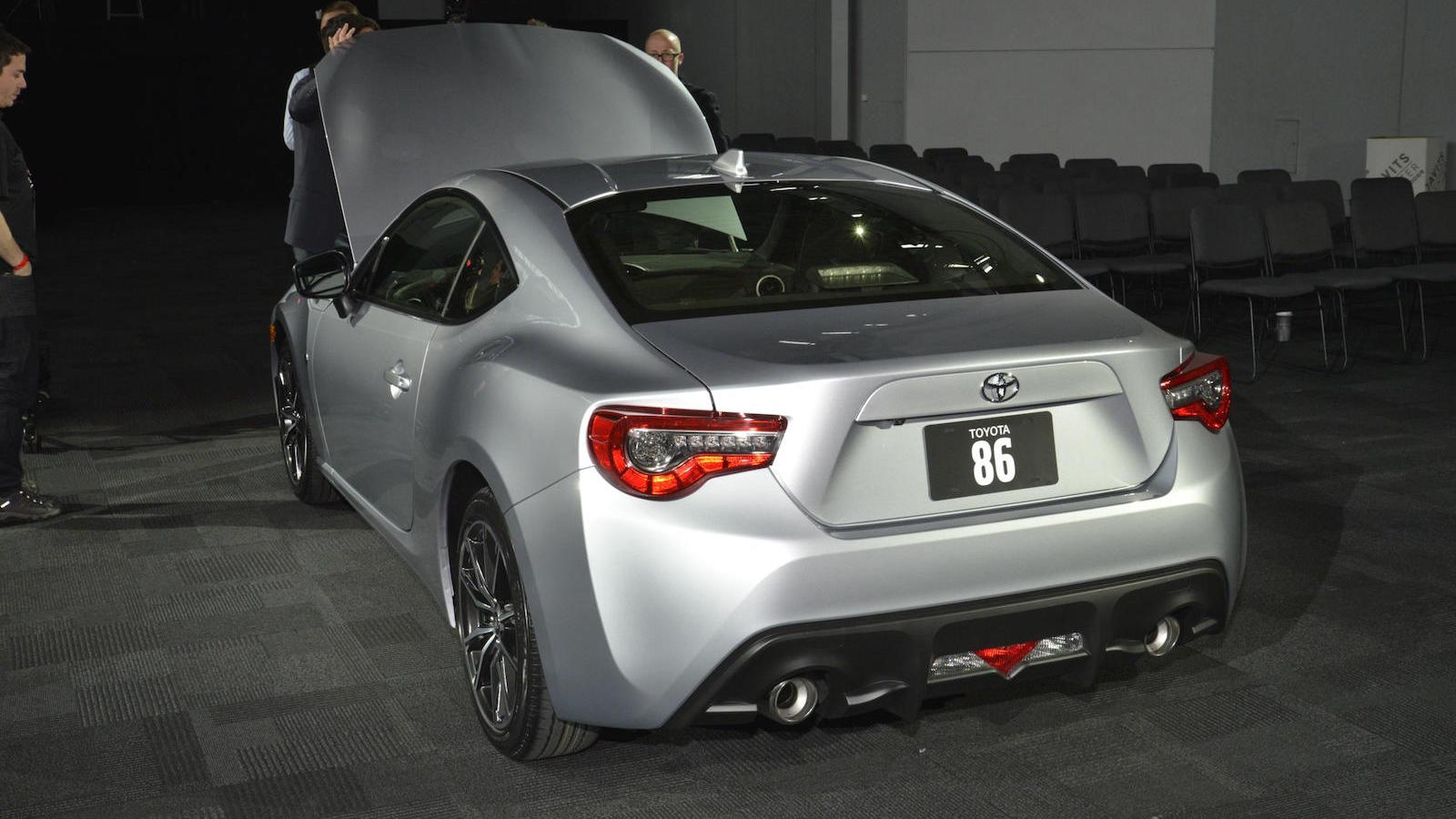 With the demise of Scion, most of the brand’s lineup will join the Toyota fold. The only exception is the tC, which is being phased out.

The changeover will include Scion’s hero model, the FR-S, which for the 2017 model year becomes the Toyota 86. The new name, pronounced “eight-six,” is what the car is already called outside the United States and is a reference to the popular Toyota AE86 drift machine of the 1980s, which served as inspiration for the new model.

The 2017 Toyota 86 debuts next week at the 2016 New York Auto Show and brings a few other updates along with the new name. The list includes suspension and powertrain upgrades, as well as some tweaks to the exterior and cabin.

Don’t get too excited as the upgrades aren’t substantial. Peak output from the car’s 2.0-liter 4-cylinder is now 205 horsepower and 156 pound-feet of torque, up just 5 hp and 5 lb-ft on the numbers for the FR-S. Toyota has also revised the shock and spring rates to enhance handling feel. The manual transmission also gets some new gear ratios for better performance.

On the outside, the car sports some new bumpers that give it a wider, more aggressive stance. The internals of the lights have also been changed and there are some new wheel patterns. Inside, you’ll find some new soft materials and accent stitching.

Sales of the Toyota 86 commence this fall.

Toyota has also confirmed that the new C-HR subcompact crossover it unveiled earlier this month in Geneva won’t reach the U.S. until spring 2017. It will arrive as a 2018 model.

The New York Auto Show starts March 23. In the meantime, learn about some of the other vehicles set to appear by visiting our dedicated hub.