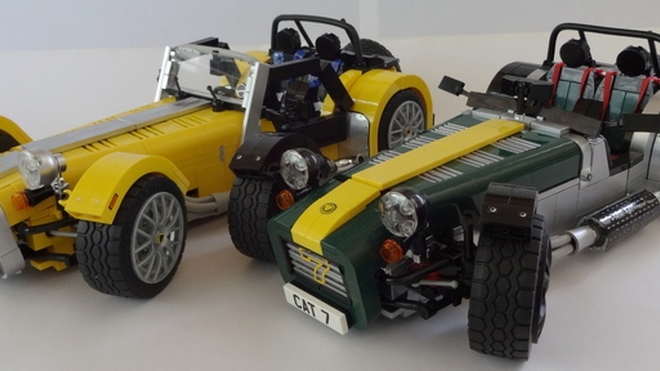 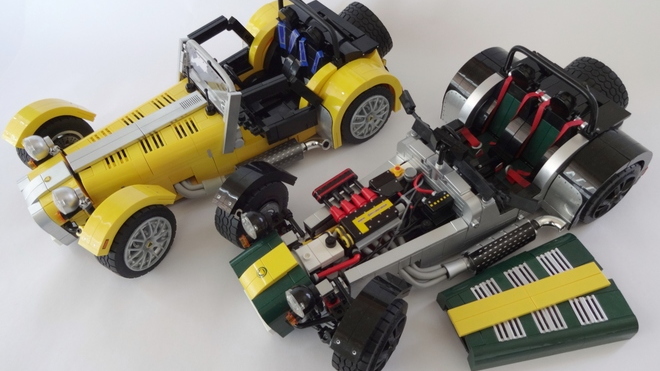 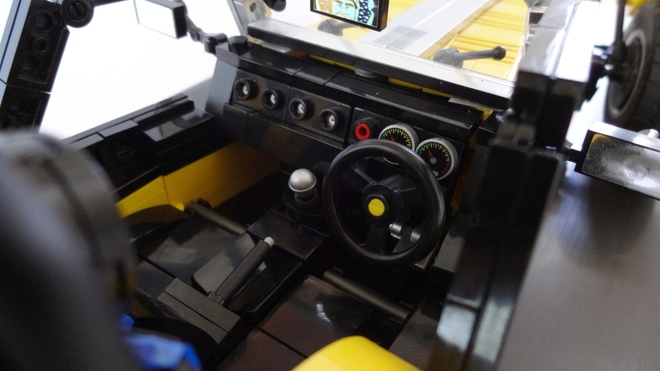 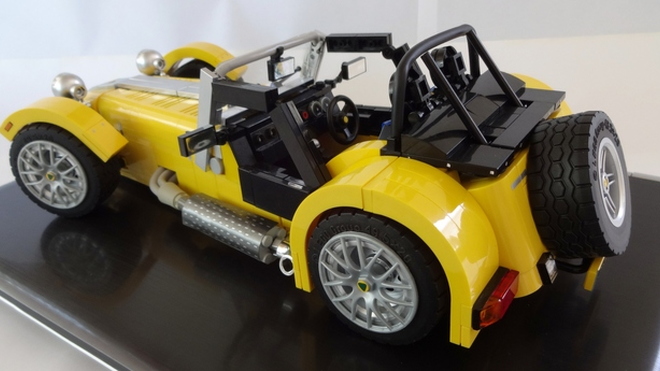 Caterhams are basically do-it-yourself affairs right out of the box, but now the fun folks at Lego have created a downsized, hyper-detailed model that could be assembled on your kitchen counter.

The Lego Caterham Super Seven model is remarkably accurate for something made out of plastic bricks. It was created by a man named Carl Geartrix after the idea received more than 10,000 votes on Lego Ideas. There's currently a Dodge Viper kit that needs some votes so be sure to take a close look it.

Although an on-sale date hasn't yet been announced, Geartrix says that the models pictured are prototypes and that the final will be released in about a year's time. For now, the only information on the model has been posted to the Lego Ideas blog.

Right now, two prototypes have been made, a yellow one that's a little more finished with a windscreen and doors, and a green model with a yellow racing stripe that goes for a more raw look. The green one is a little cleaner looking, but we applaud any effort on Lego's end to capture the driving spirit of the Caterham Super Seven in buildable model form.