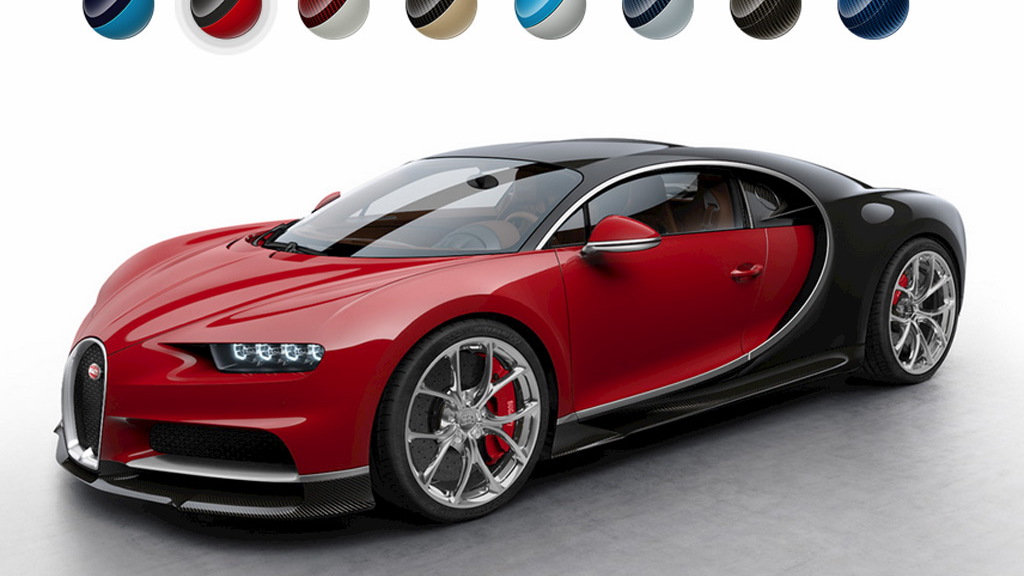 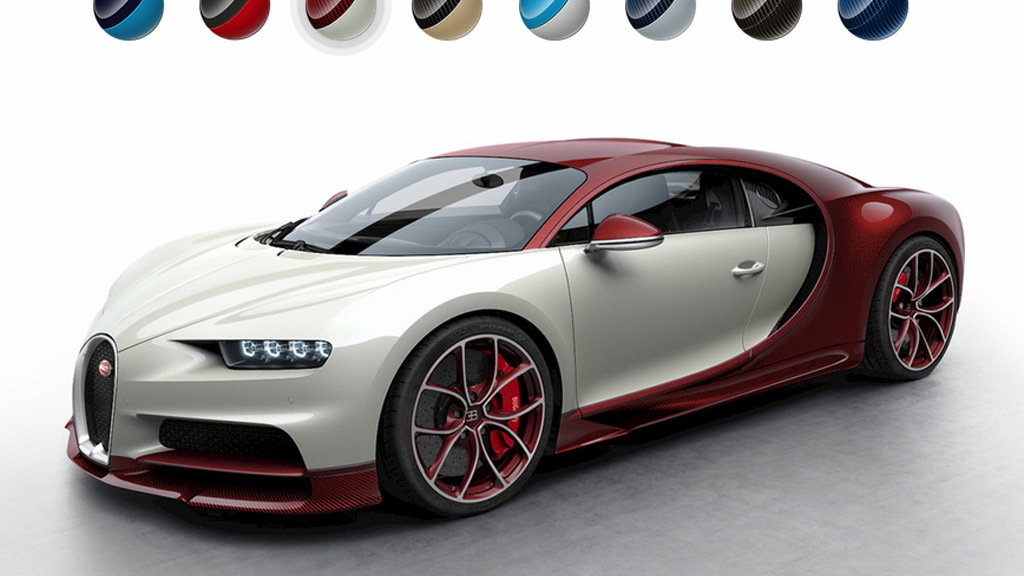 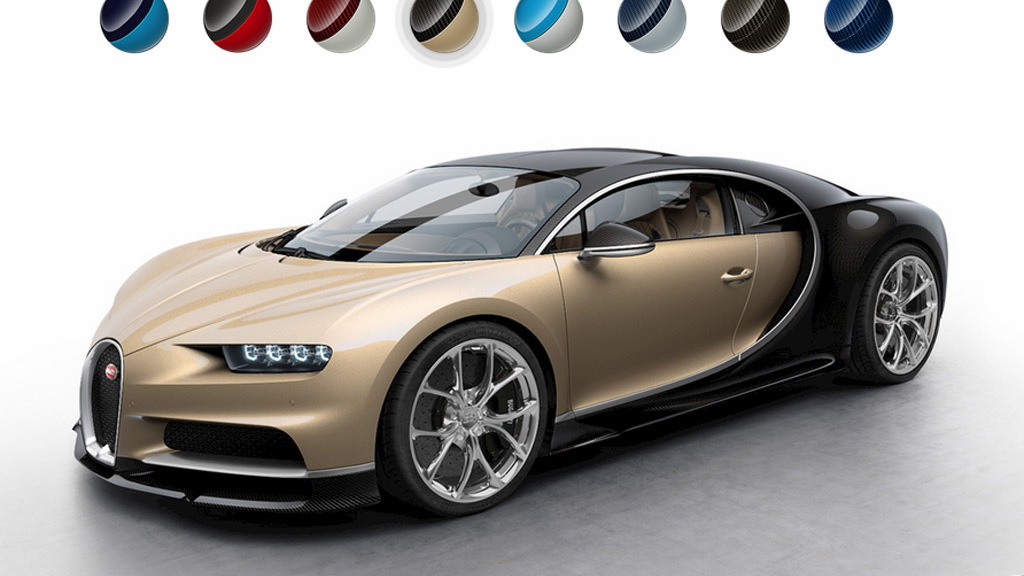 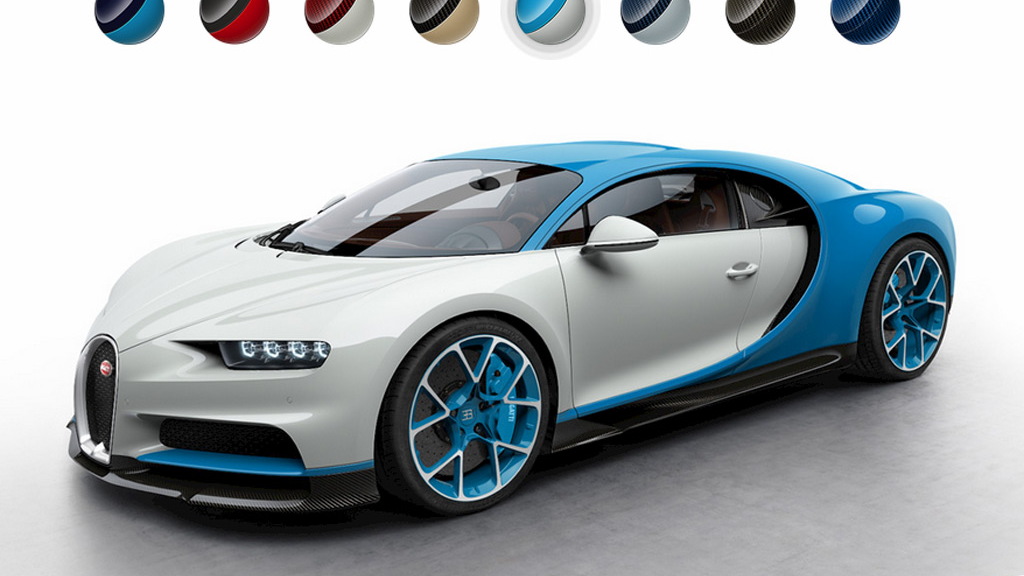 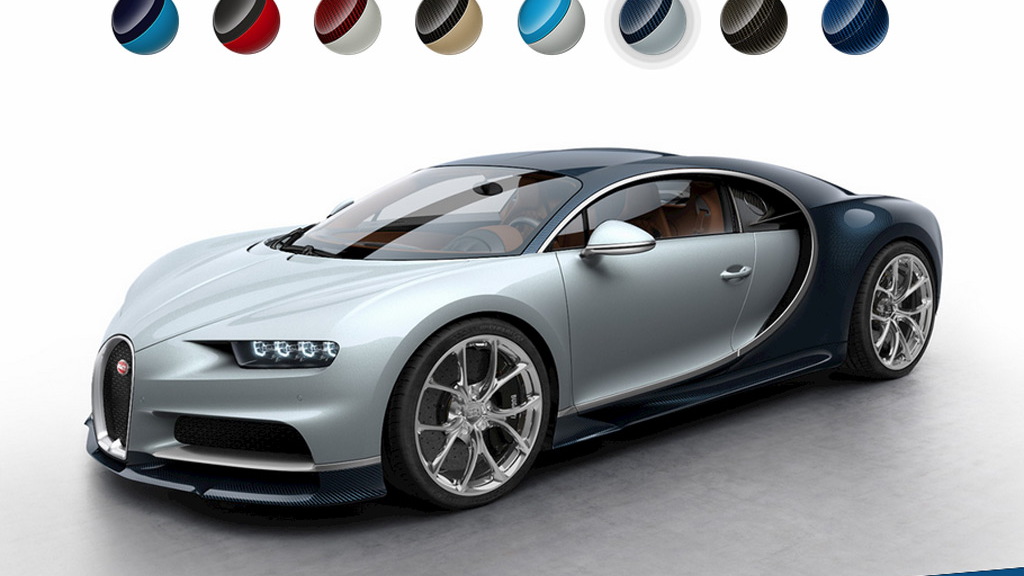 Bugatti’s new Chiron has been generating a lot of buzz since its debut at the 2016 Geneva Motor Show. However, so far Bugatti has only shown the car in two colors. These include a solid navy blue and a two-tone configuration featuring two lighter shades of blue.

Now you can view the Chiron in more color combinations thanks to a new configurator on the Bugatti website (www.bugatti.com/chiron). The configurator also shows some of the various wheel patterns for the Chiron and lets you view the car from three different angles.

Some of the color combinations will be familiar to fans of the original Veyron, namely the red and black that was the hero combination of the Chiron predecessor.  It’s certainly fetching but we’d have to say pass on the chrome wheels.

With any Bugatti product, personalization is the name of the game. Bugatti says the level of individuality that can be achieved is subject to very few limitations, meaning we should expect some impressive finishes for the new Chiron (and likely some real doozies, too). We wonder if any owner will be able to top the majesty that was the porcelain-lined Veyron L'or Blanc...