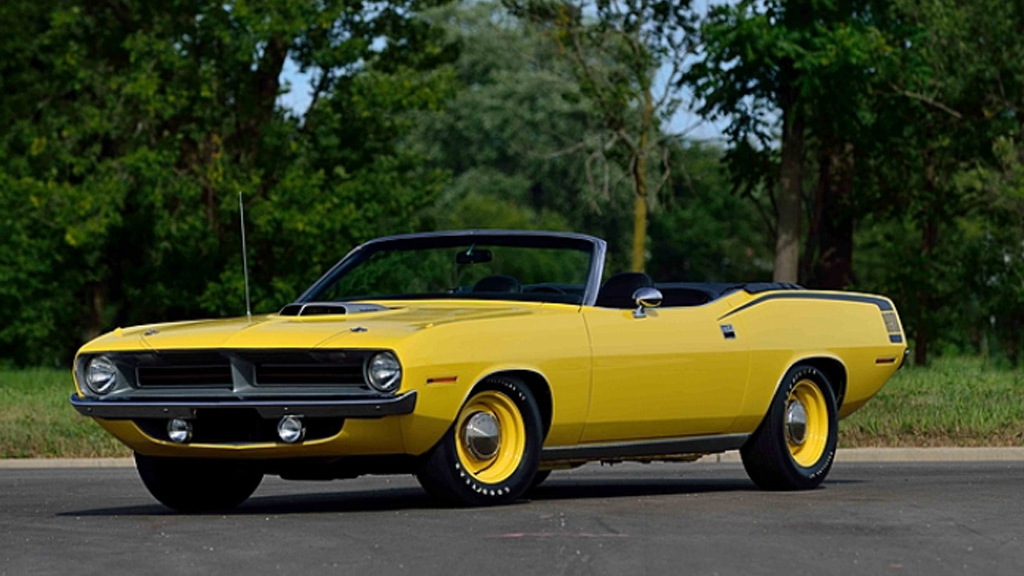 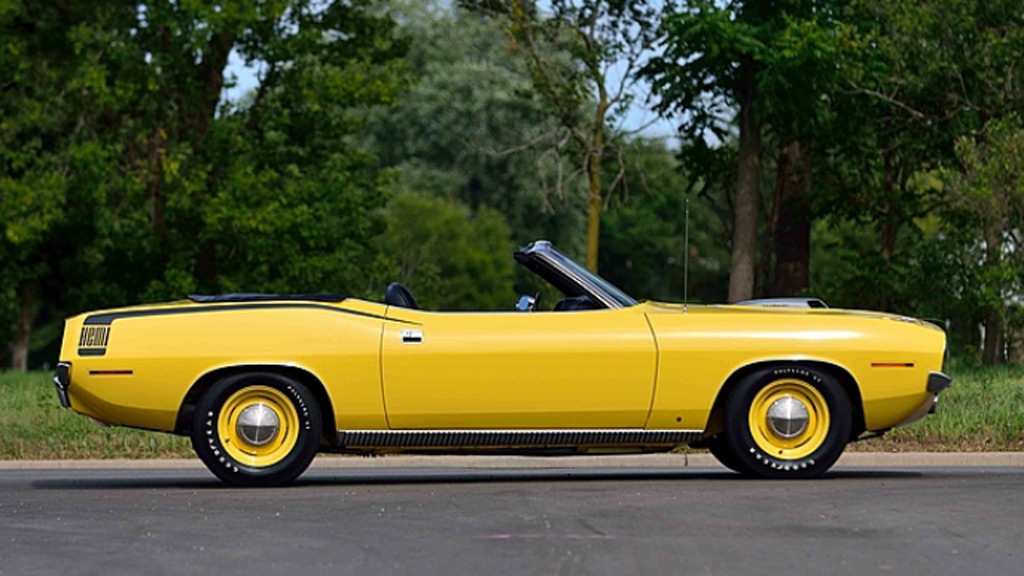 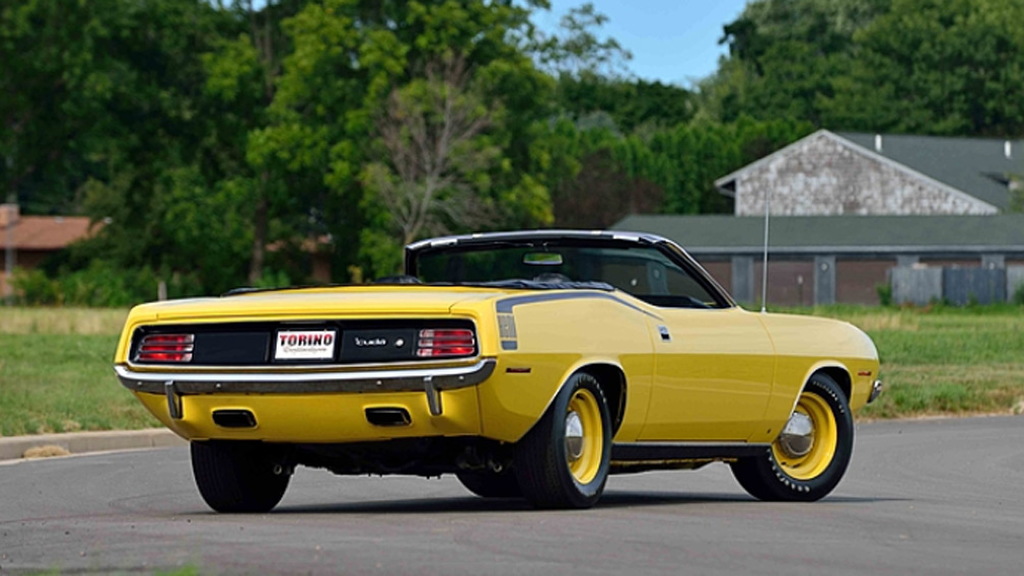 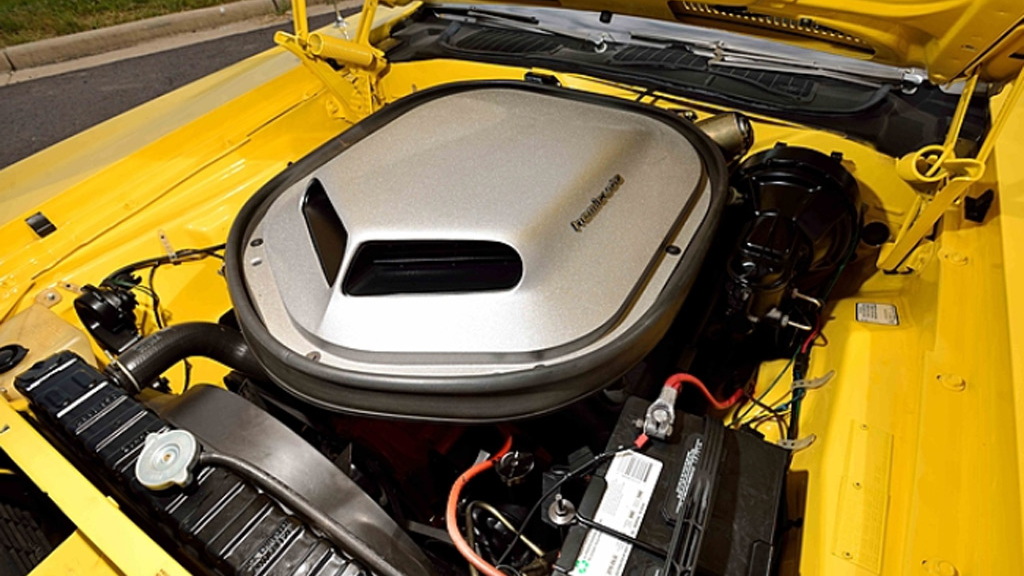 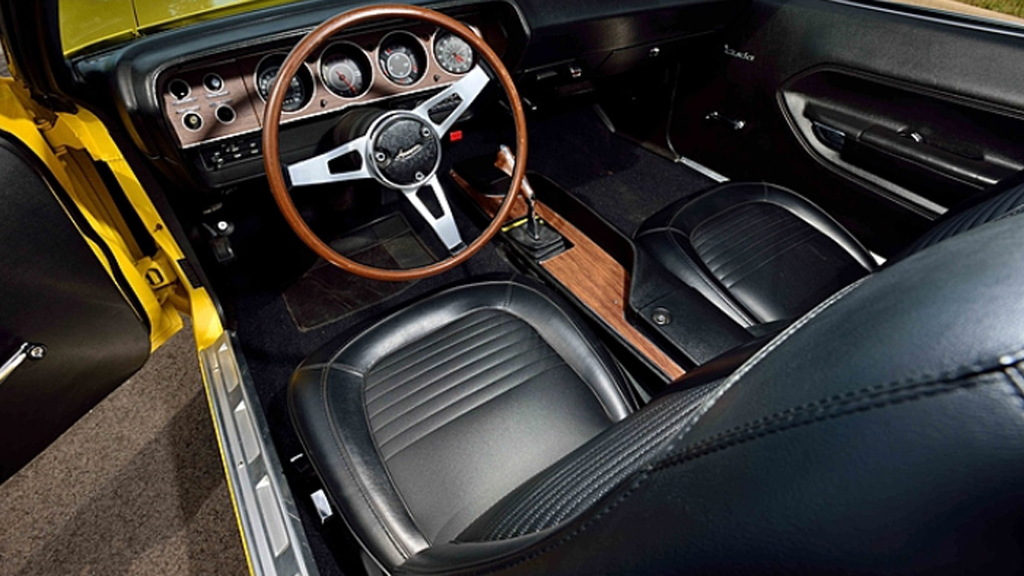 When it comes to classic American muscle, it doesn’t get much rarer than the Plymouth Hemi Cuda Convertible. Now, incredibly, two of these rare beasts are coming up for auction. They will go under the hammer at the Mecum Auctions event in Kissimmee, Florida running from January 15-24, 2016.

Spurred on by a number of factors, though mostly their limited production, the convertible E-body models built by Plymouth for 1970 and ‘71, the final two years of the legendary 426 Hemi engine’s availability in Chrysler’s road-going cars, have proven time and again to be the blue chips of the muscle car world. The last time a Hemi Cuda went under the hammer, its final bid was a cool $2.25 million. The two latest examples have estimates ranging from $2.25 million to as much as $3.5 million.

The yellow example, a 1970 model, is expected to fetch the higher bid. Some of the reasons include low mileage--the odometer reveals fewer than 27,500 miles--as well as a numbers matching engine, factory four-speed transmission and numerous extras such as the shaker hood, special paint and a Super Track Pak.

The white example may have higher mileage but the car is no less special. It was the first of the mere five automatic-equipped Hemi Cuda Convertibles built in that final ‘71 model year. The buyer opted to leave the large billboard graphics off but still selected black for the roof and interior, giving the car a unique two-tone appearance. The shaker hood scoop was also finished in black.

Mecum’s upcoming Kissimmee auction will be a boon for any Hemi fan, and not just because of these two cars. There will be 31 Hemi-powered classics going under the hammer, another of which is an impressive 1970 Dodge Hemi Challenger R/T Convertible featured in the video below. That year, 1,070 people bought new R/T convertibles, though only nine of them selected the Hemi engine. Four of those buyers chose an automatic. This is one of that very exclusive group.